Here's a nice find in the middle of the industrial struggle. While Northwest Indiana actually has a relatively high number of good spots for a home cooked breakfast, it doesn't have many places taking the new school approach. The Scrambled Diner in Dyer feels like it should be somewhere in River North or up in a strip mall in Northbrook. No doubt if it were it'd have a wait each and every weekend.

I stopped in one Saturday morning en route to the Dunes and there was steady traffic but only about a 5 minute wait. Basically everything but the bread is made from scratch here. But even that is bought from a baker in Chesterton so it's a real modern type place. Exact opposite of most of the other breakfast stops around the area. The menu is pretty basic with a few twists here and there. They have omelets, skillets, pancakes, sandwiches, burgers, and so on but it's most all made in back, nothing from a can and you could taste that. It was also felt in the wait between ordering the food and it actually arriving. Nonetheless I'd recommend, especially for the area. 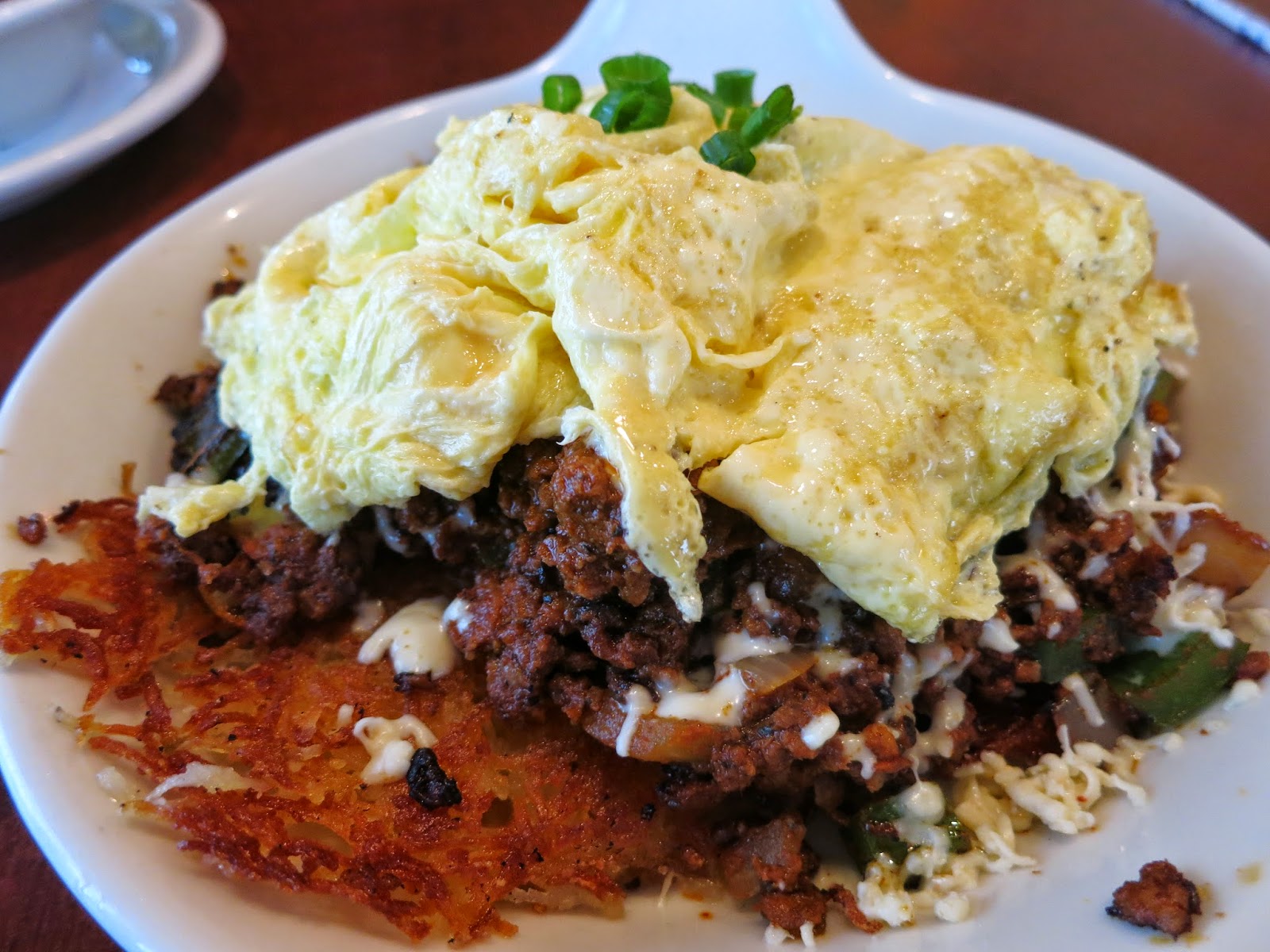 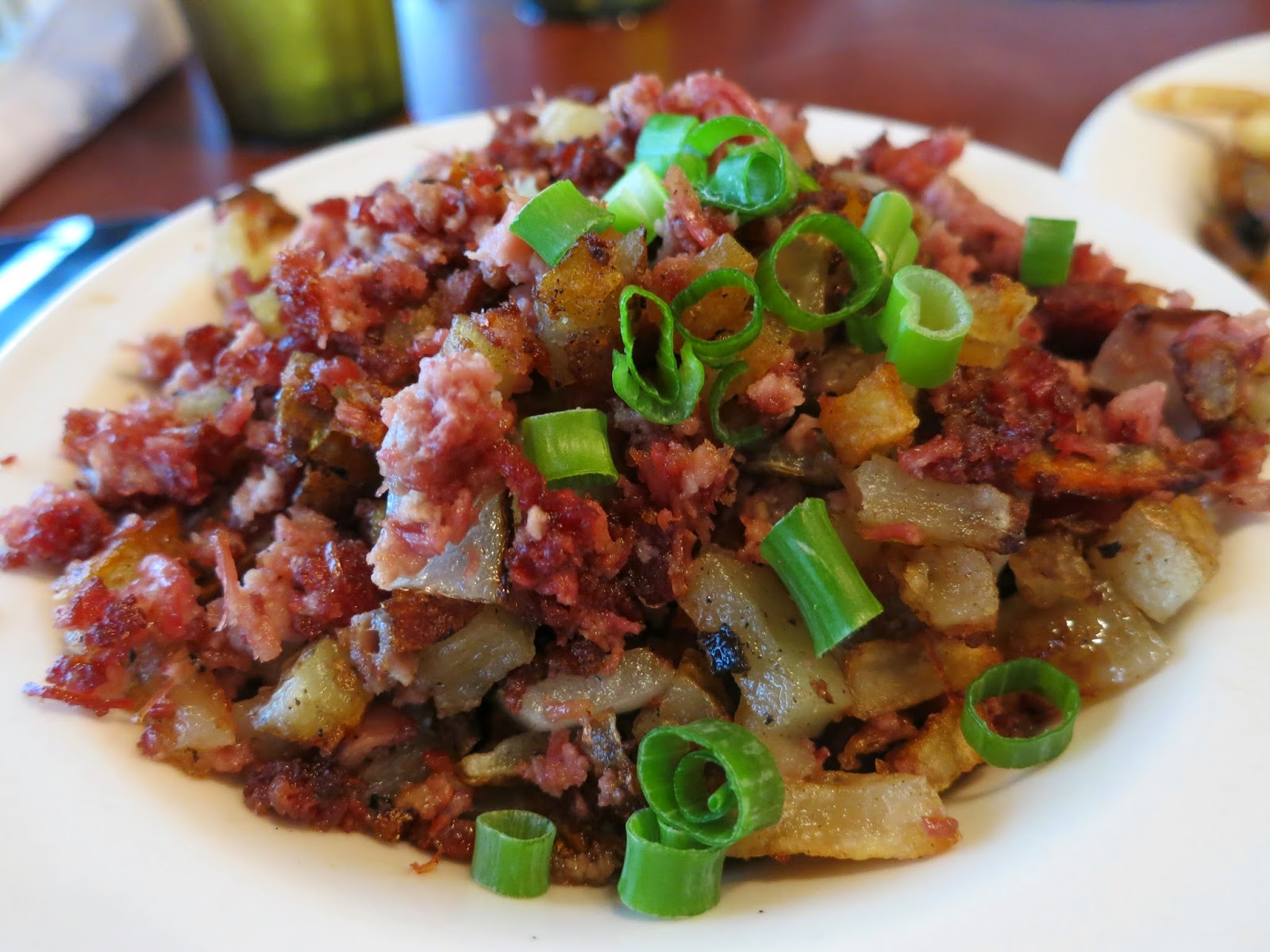 Corned Beef Hash - Near perfect. Small bits of perfectly crisped hash and potato, just the way I like it. 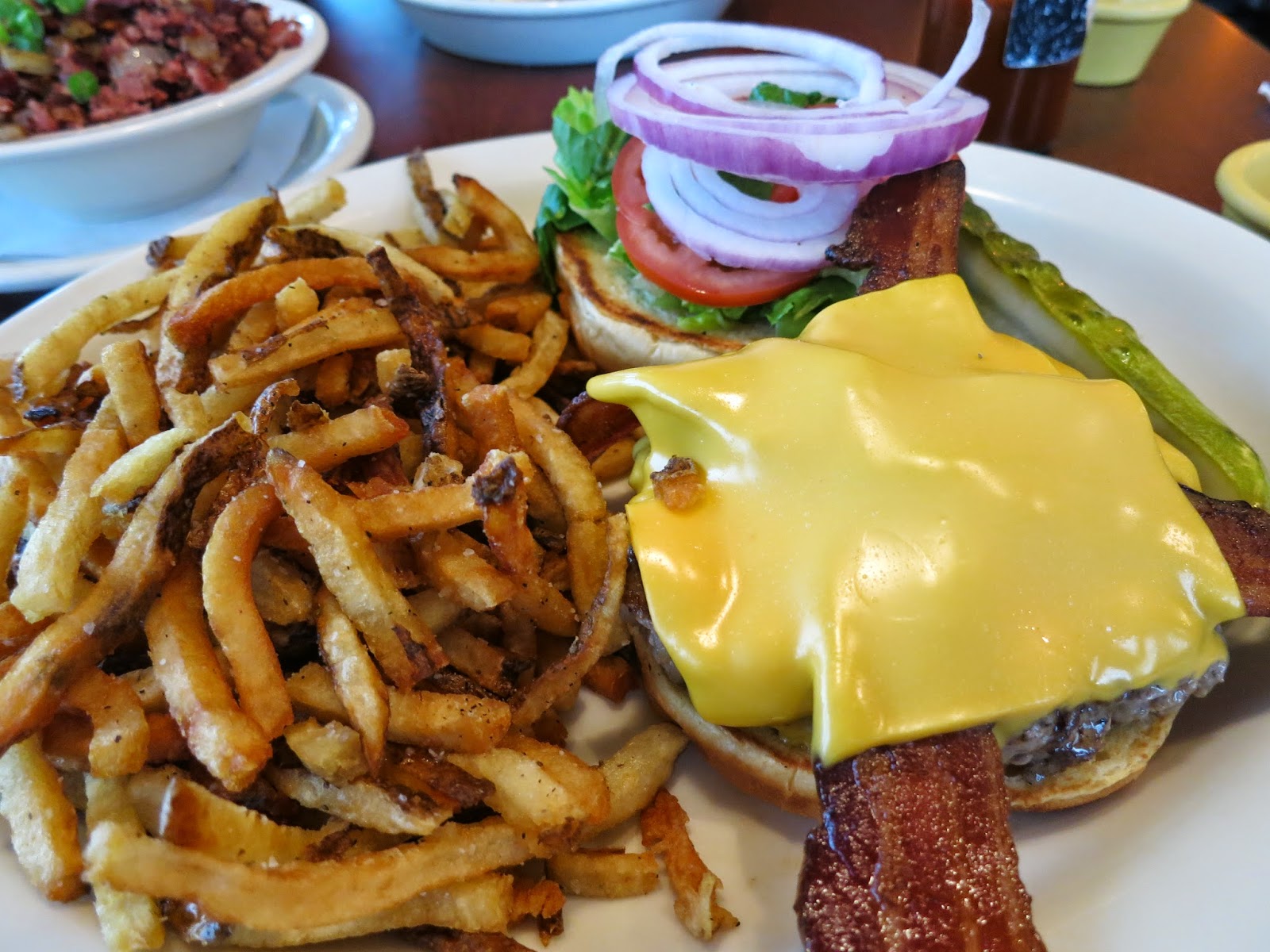 Bacon Cheeseburger - Just a tad overcooked but still something I'd happily eat again. Thick tasty bacon and fresh cut fries were both top of the line. 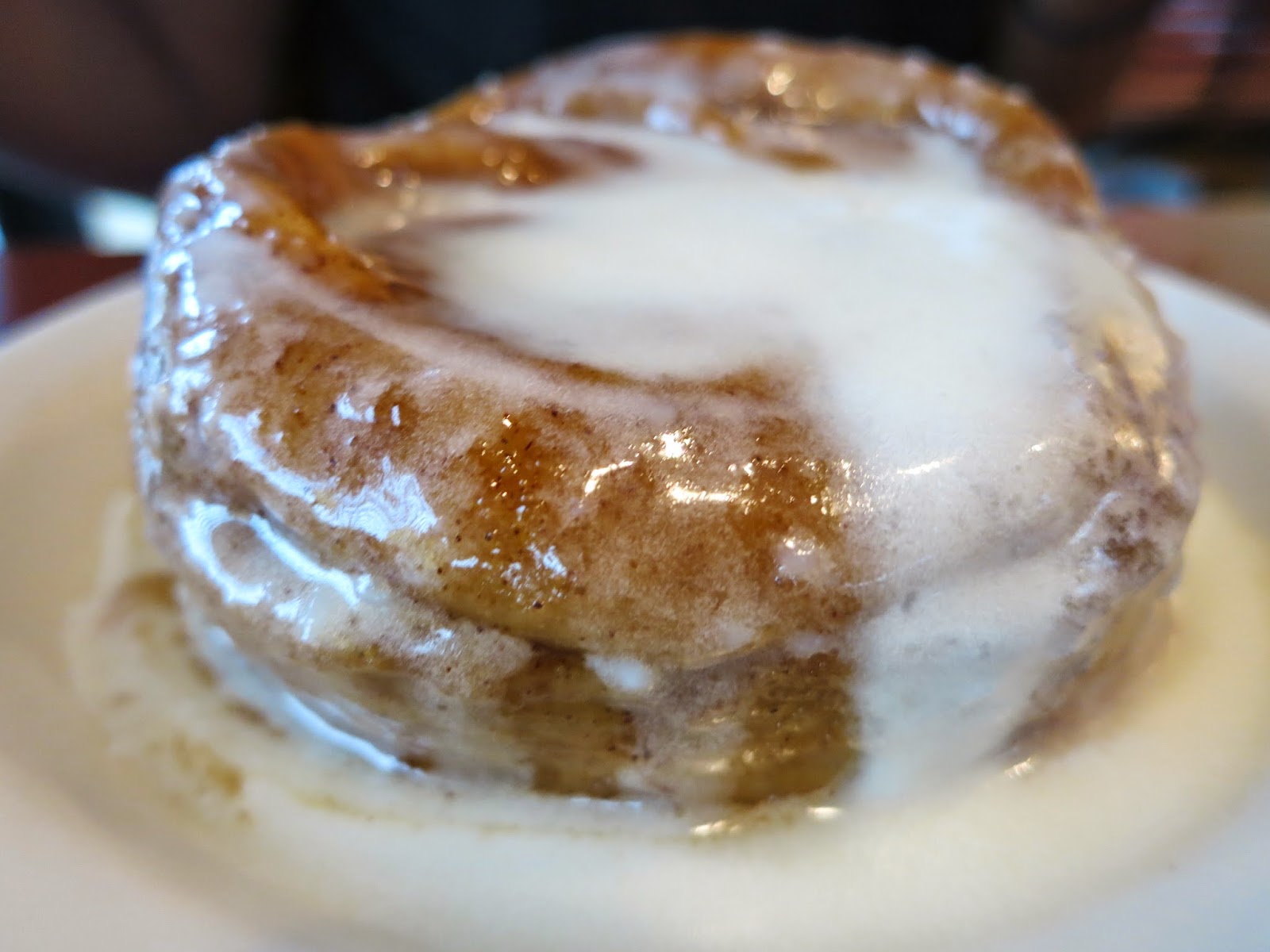 Homemade Cinnamon Roll - Over the top in pure indulgence. Might of dropped dead or developed diabetes if I ate the entire thing.