We're more than halfway thru 2014 and during the 1st half we've seen some great restaurants open up shop in Chicago. A few of them have very good chances of making it into the 'Top 11 of 2014' round-up with today's entry taking the early lead for eats within the city. We've seen an influx of Italian restaurants open up shop within the last year and there's more than likely more to come. It can be hard deciding which one to try when there's so many hitting the scene, but you can put them all behind Osteria Langhe in line. The newly opened Italian restaurant specializing in food from the Piedmont region dazzled us (my family) the other night. 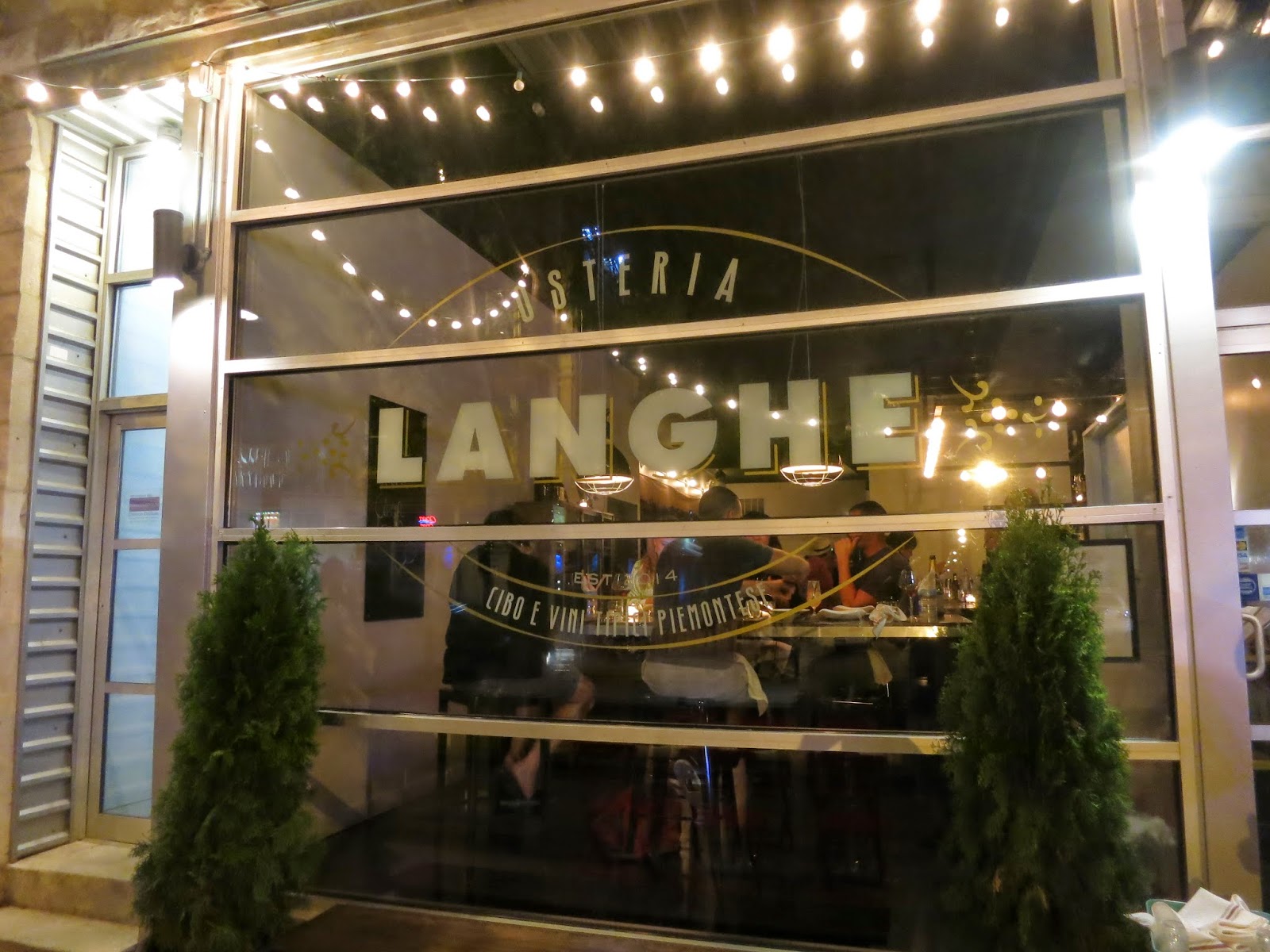 Though I needed no excuse to try a place which is taking a fresh approach by featuring a specific region of Italy's food, an area considered the best by many, it shot up on my list when a recent review by Mike Sula over at the Reader was published. I'd also heard good things over on twitter about the Scottish chef who's trained in Italian. This isn't his first Chicago rodeo. You can check out the article HERE to learn more. With the wonderful review came the people so they we're quite busy on this visit. Since we stopped in to see if they could take our party of 8 a few days before they had the large table in back ready. Small plates remain all the rage these days and that's what you're going to get here. I was fortunate to get to try a good chunk of the menu with all of the eating power at the table. We started off with the pane (bread) of the day which came with a vibrant topping of beets and greens. I found these way better than I anticipated. The Grilled Octopus was good though we found the 'Scallops with crispy sweetbreads, cauliflower puree, golden raisins, capers, hazelnuts' to be a better way to go. The other winner was the 'Anatra' described on the menu as "duck & pork puff rolls, foie gras, wild mushroom & marsala cream" I'd recommend either or but wouldn't skip either of them. 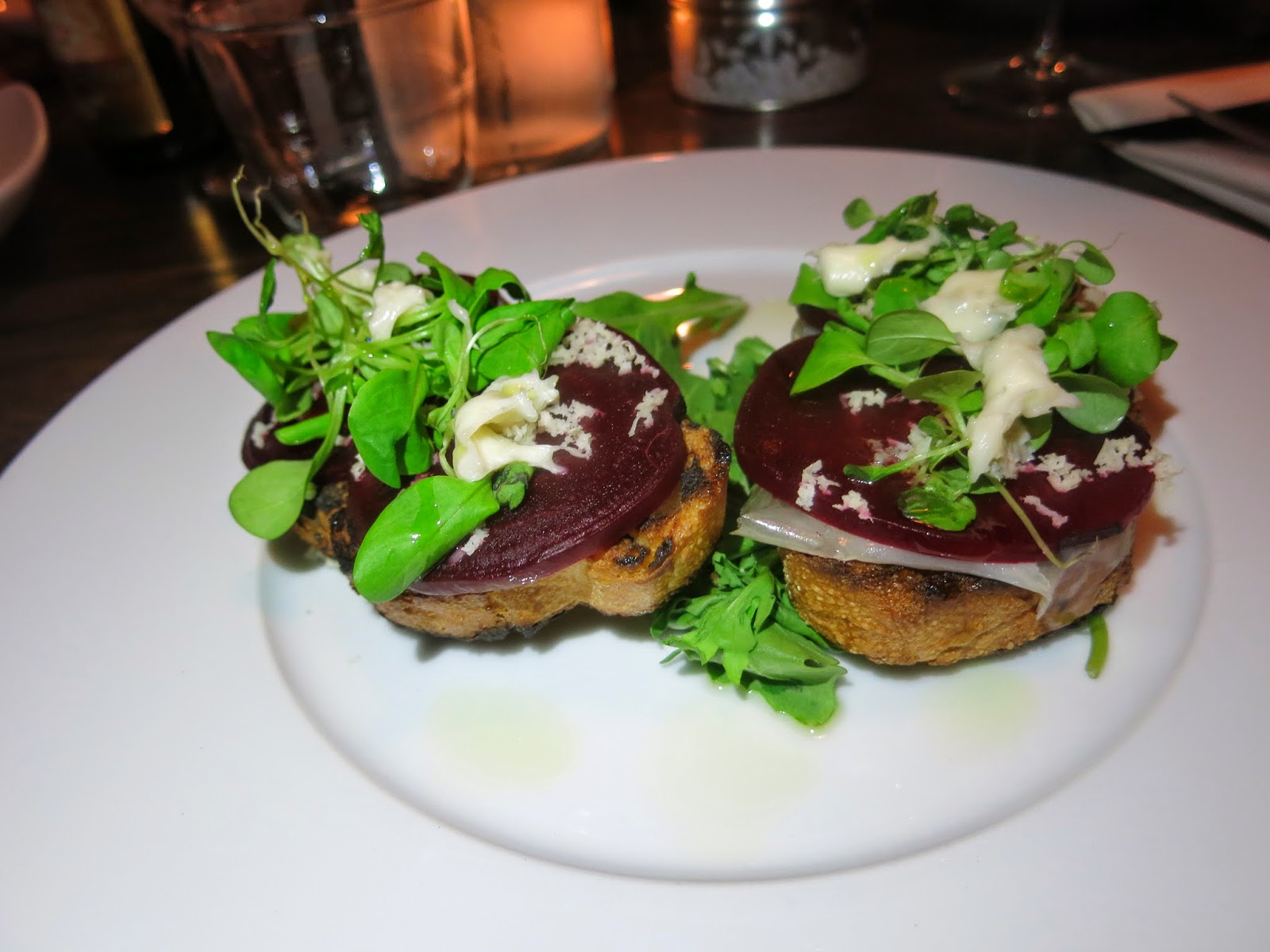 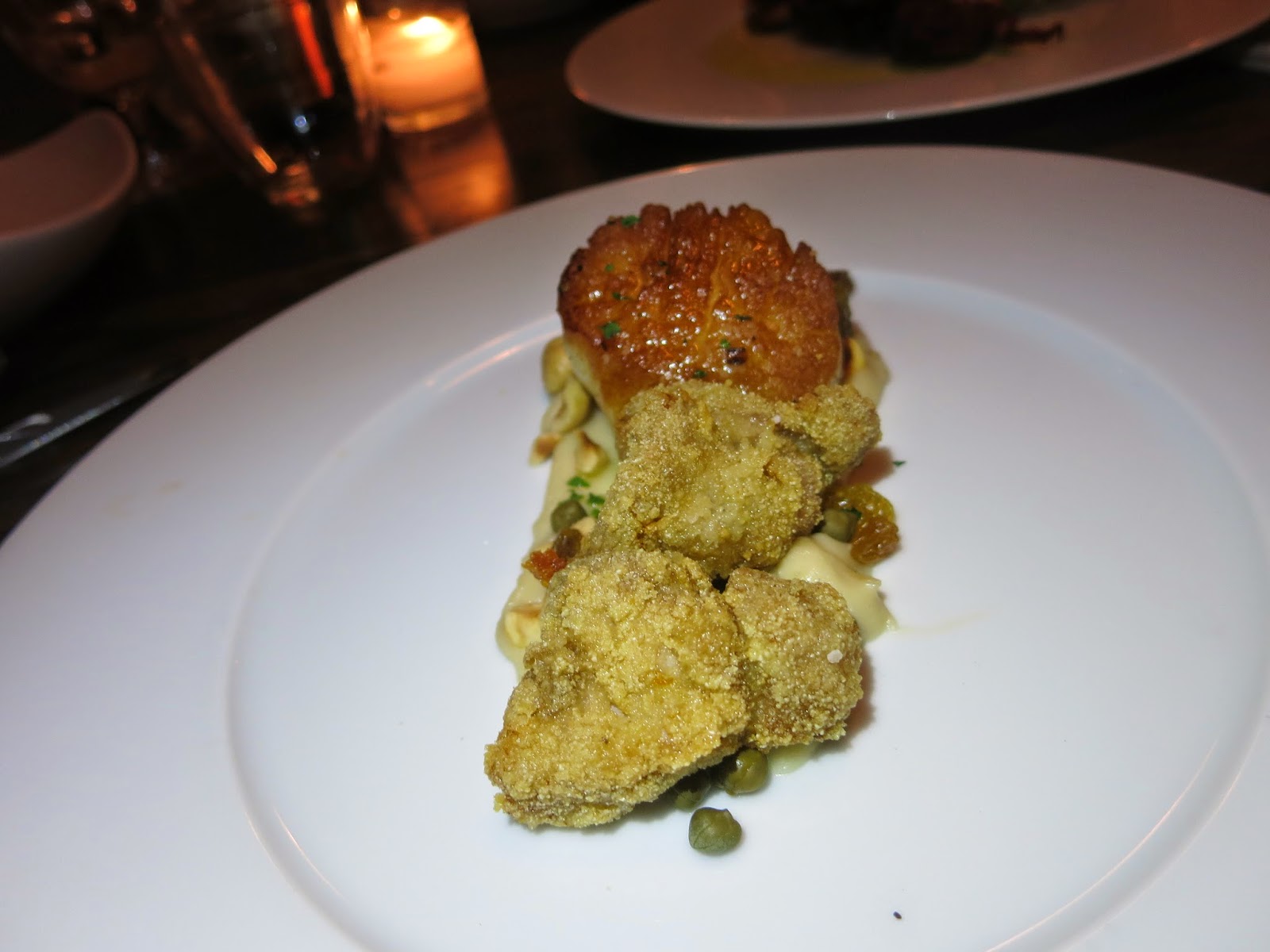 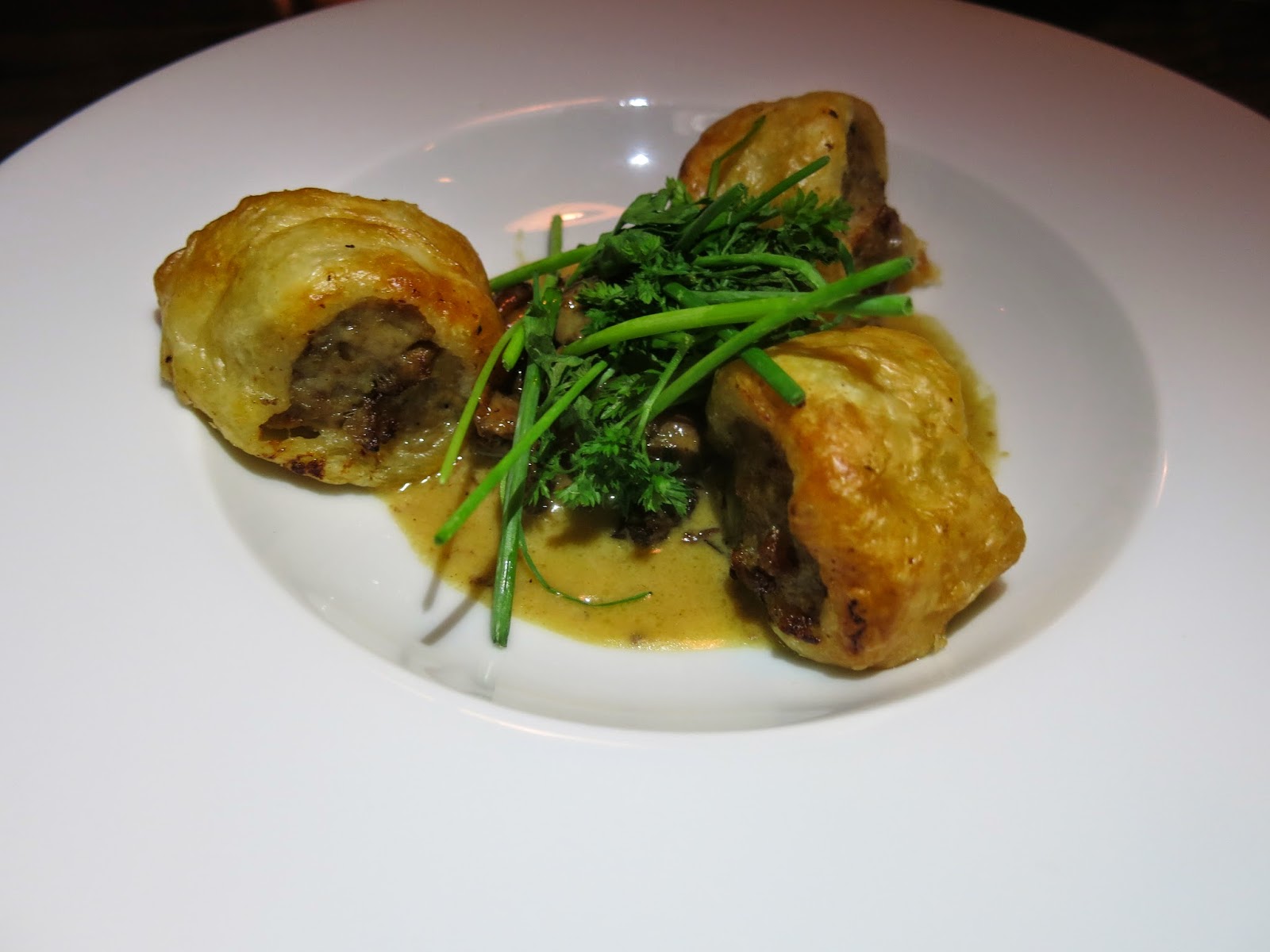 I went into this dinner knowing I would be trying at least one thing for sure. There's a small pasta portion to the menu and in his Reader review Mike gives deep praise to the Plin. He's the professional so I'm going to go ahead and quote him on it because I completely agree. "Delicate, almost transparent, egg-rich plin, a tinier cousin of agnolotti, are filled with deposits of molten La Tur cheese (made from goat, cow, and sheep's milk) that burst in the mouth with creamy, funky explosions. It's easily my favorite pasta dish in the city right now" My entire family had similar praise and both myself and my dad agreed that we'd be back for that dish alone. 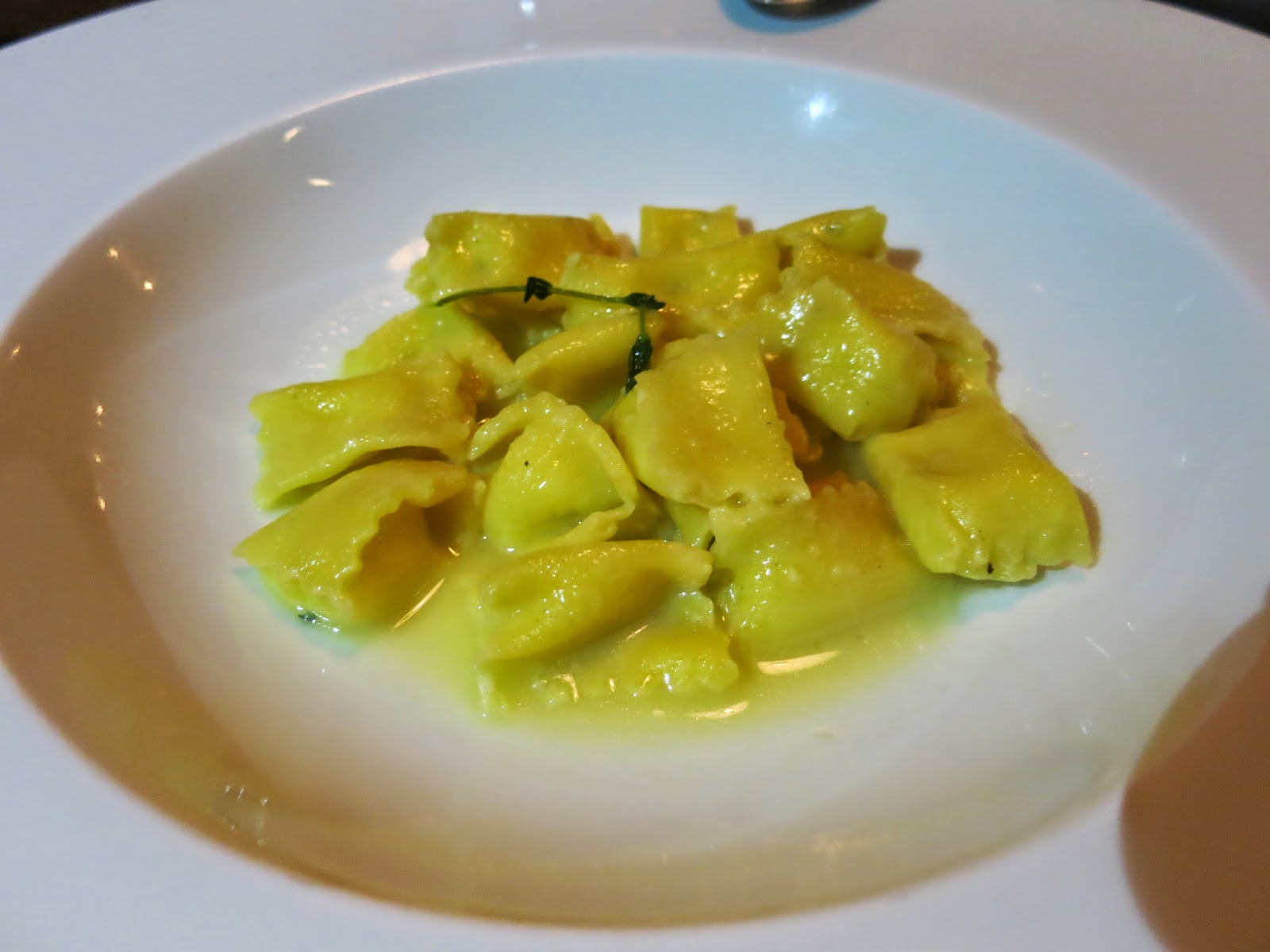 Not pictured is a salad special of the day that had the crispiest bits of pork belly paired with goat cheese that was another item everyone agreed to be a winner. A few people at the table had the steak which was liked but not as much as a couple of the other plates. As they said, it wasn't that it was bad, it was just that the main plates others ordered were better. One of those was the risotto of the day which on this night featured asparagus, wild mushrooms cooked in a pork jus and topped with a seared piece of halibut. For me it would of been my favorite but that honor goes to the 'Coniglio' aka rabbit. I'll order rabbit often down in New Orleans but don't see as many tempting plates featuring it here in Chicago. That said I've never had a dish made with rabbit this good, in New Orleans or anywhere. The loin comes wrapped in a very thin bacon and comes with a bell pepper puree and perfectly cooked pieces of pork belly and equally executed roasted potatoes. Easily the best thing I've eaten lately and I say this because I've been thinking about going back for it every day since. Now that I'm back in town that's going to happen sooner than later. We got a dandy here folks. 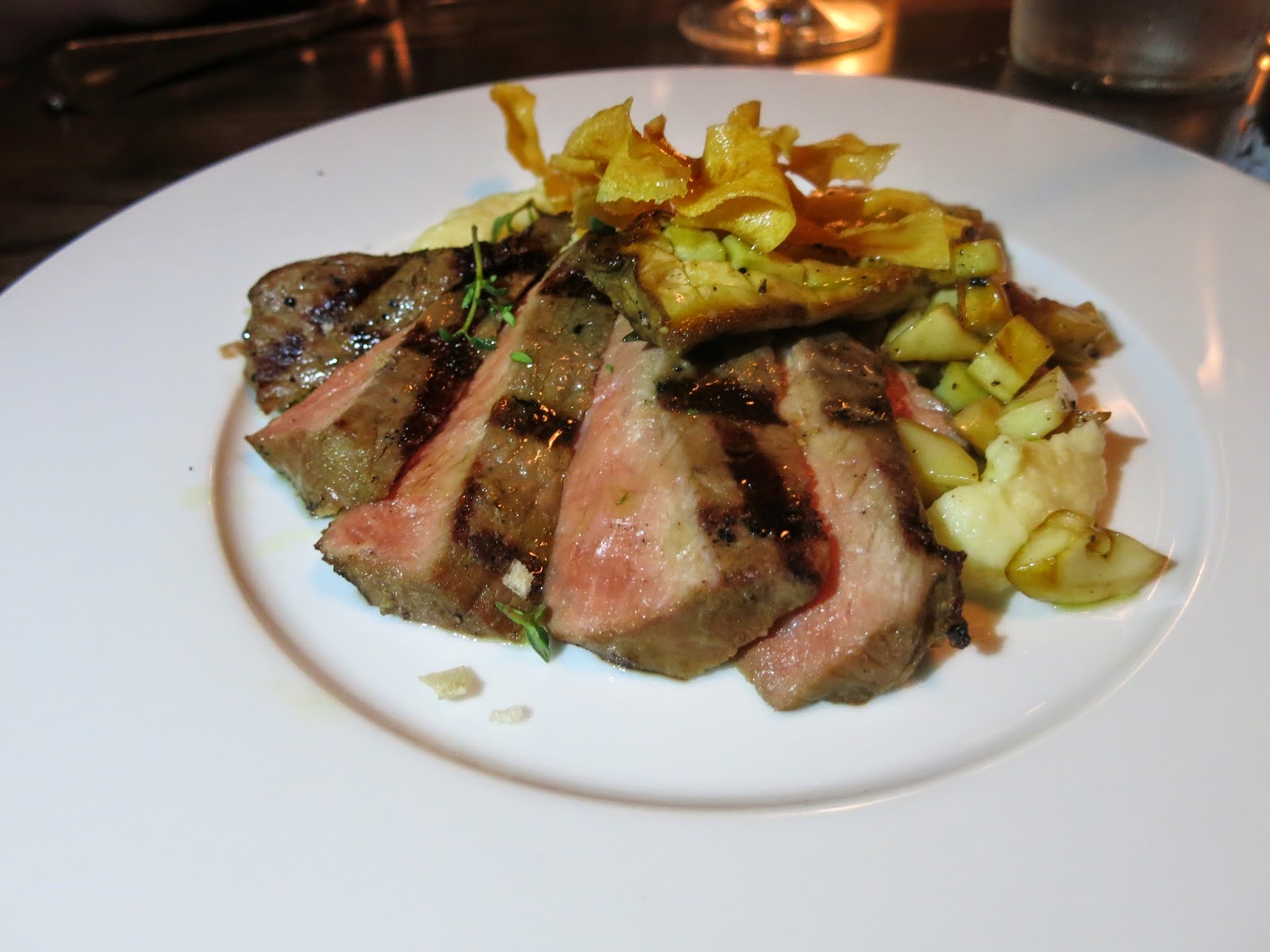 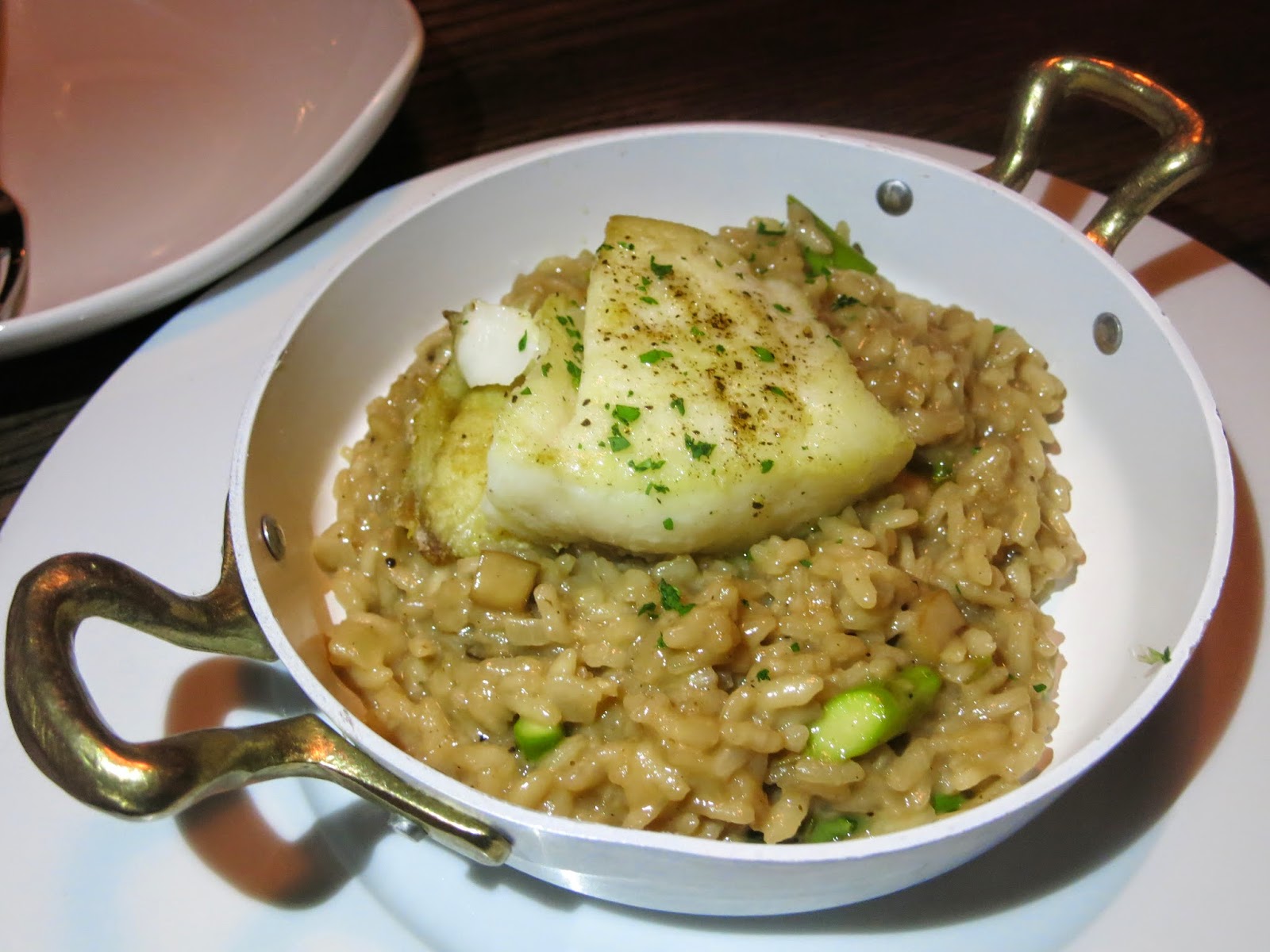 Risotto of the Day Ever wanted to get free Google+ Circles?
Did you know you can get them AUTOMATICALLY AND ABSOLUTELY FOR FREE by using Add Me Fast?