School is back in session. It didn't take long for the Michigan Wolverines to lose national championship aspirations. Nonetheless the show must go on up in Ann Arbor. Where they may not have an elite D1 football program but they do have a pretty fantastic campus within a beautiful town. I will say it never quite did the things Madison does for me but it's still one of the better college campuses in the country. Due to it's close proximity to places like Detroit and Dearborn it's got some really good stuff going on as far as food and culture. Today we check out three town favorites for food. 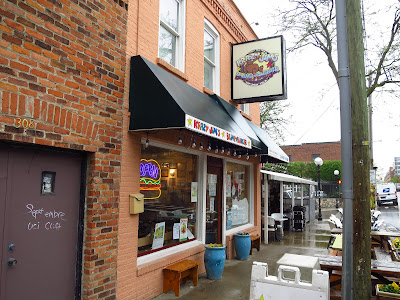 There's at least two spots that pretty much everyone who's lived in Ann Arbor will tell you about. The first one up is Krazy Jim's Blimpy Burger. One of the more unique restaurants in not just Ann Arbor or Michigan but in the entire country. They play the mad at the world schtick and treat customers like their servicemen and women in the army. It's kind of annoying but also pretty funny. I watched some poor Asian students obviously new to America get rode up by the crazy lady running the show. Your best bet is to try and figure out and know what you're getting before you go. Then when you're in line you can practice the order form. it's been this way since 1953 which is when they first got started. 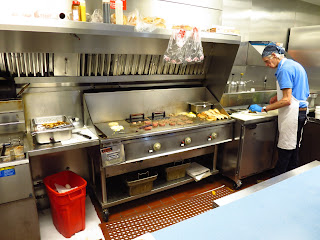 Obviously you're here for a burger. They dont make it easy by offering 100's of different variations all based off the toppings available. You even have to choose which type of bun you want. On top of the obvious stuff like how many patties, what type of cheese and do you want onion rings? The answer to that is always yes. Krazy Jim's makes some of the best onion rings out there. Or maybe I should say onion ring as it all ind of forms into one upon coming out of the fryer. Nice and thin and extra crisp which is just how I like them. Burger wise you should always go double when the option is there no matter whee you are. If so a single will always be small and never have a good meat to bun ratio. I got a double with American cheese, grilled onion, mustard, pickles, and bacon on a poppy seed bun. Man I must say I'd heard mixed reviews about Jim's and after eating the burger I can only assume those that didn't like it was bc of the Nazis who run the place. Bc the burger is a throwback classic. 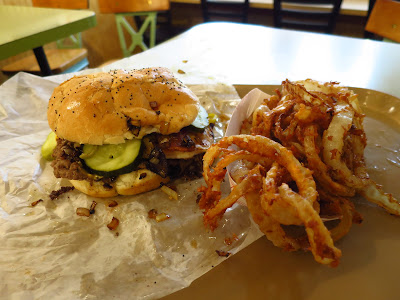 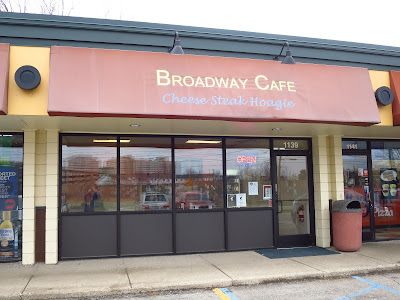 Our next stop is much more lowkey than the other two. I'd venture to guess most Ann Arbor residents dont know of the Broadway Cafe. Despite it being around since 1986 there's not a ton of love out there. You look around and there just isn't much. Well I'm here to tell you that this should probably be your first stop in Ann Arbor. Owned by a Korean family they make a few Korean diner classics such as bi bim bop. They also do cheesesteak hoagies. These sandwiches are big around this part of Michigan. There's a few places that have been making cheesesteak hoagies going on a few generations. So the folks from Broadway cafe decided to bank on that fact and they too offer hoagies. But what they have that the others dont is a Bulgogi based hoagie. Bulgogi being the thinly sliced beef popular in Korean BBQ. Well it also makes for the perfect cheesesteak meat. Paired with gooey American cheese and grilled onions, carrots, mushrooms, green peppers it's a world class sandwich. 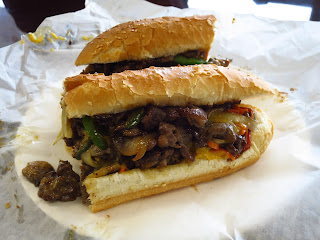 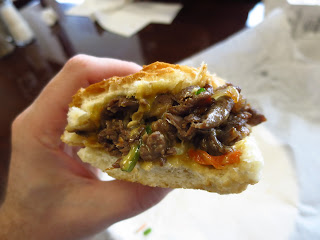 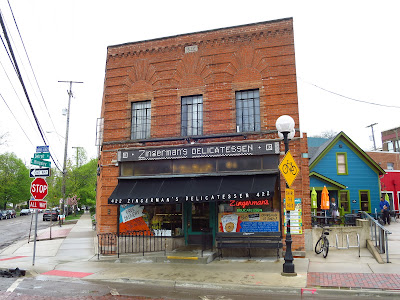 You cant make a trip to Ann Arbor and not stop at the most famous sandwich shop in town. Zingerman's is recognized on a national level as one of the best deli's in the country. It's an Ann Arbor staple that I had never visited until this past Spring. I'll start by saying it's a cool p[lace. They got alot going on. It's a full fledged grocery store as well as a deli. It's grown a little bit ever since they first opened in 1982. Today they're a full grown empire with a handful of offshoots as far as businesses including a roadhouse, catering company, coffee house, and creamery. Now let me say this. I wasn't crazy impressed with their selection of stuff which was really just a bunch of goods they stocked up on from elsewhere. I didn't see a bunch of housemade meats or the likes. But one thing they do make in house, or rather bake, is the bread. It's fantastic and was the highlight of my $20 Reuben sandwich. Maybe a tad steep in price I was still pleasantly surprised by it's deliciousness. 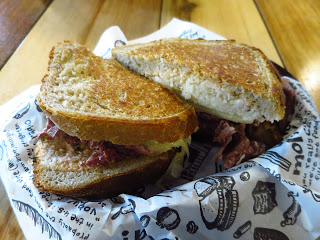 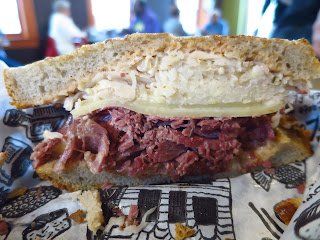