Life has been bringing me to the Fox River Valley area more often than ever before. Some days in order to avoid traffic I'll just take Indian Trail Road from the river up until it turns into different streets to start heading back. One day while doing so I noticed a place called Pitaville in a strip mall out in Naperville. Being hungry for something other than Mexican food I decided to stop in and give it a try. After all this is an area where ethnic eats of all types are found and most all of them sit in a strip mall. 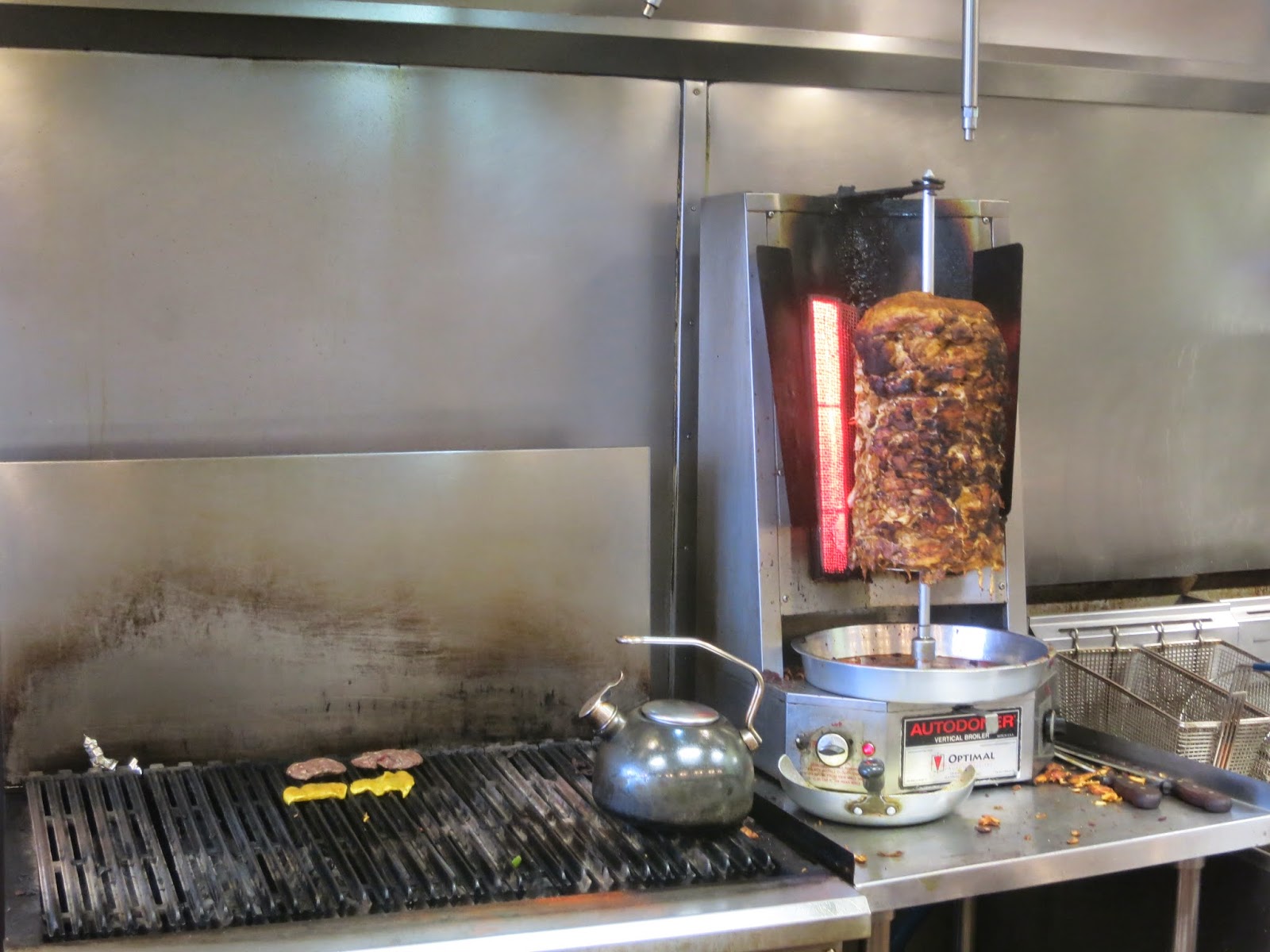 Popular Locals joint in a strip mall in Naperville

I got a nice welcoming upon entry as I spied a spit of chicken shawarma being made and the place smelled great so I was happy with my decision to stop before I even ate. I wanted something quick for there and also something I could eat later in the evening and for lunch the next day. The grill was packed with meats for other peoples orders and the smell of Kafta patties (beef) was too much to pass up. I tried it in a wrap and enjoyed my quick snack. This was a nice change of pace from my beloved burger while still getting a taste of grilled beef. Everything comes with lettuce, tomatoes, onions, hummus and most importantly...pickles. 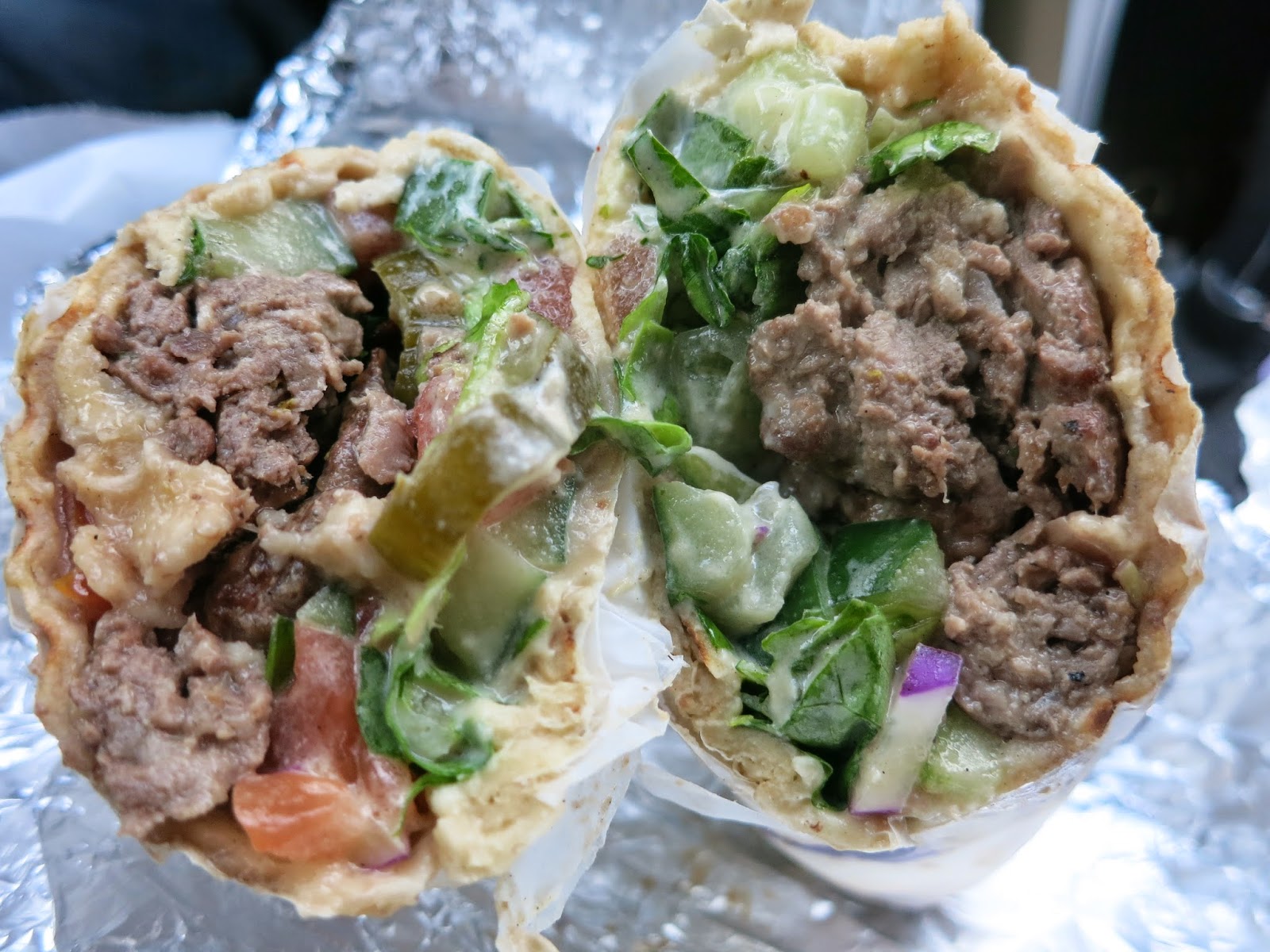 With the chicken shawarma in full rotation I had a hard time passing up on it. I went with a dinner and came away pleased but not overly impressed. My biggest gripe is that they were cutting large chunks off the spit off and finishing them in a skillet. Just like most every Mexican place does with it's al pastor which just pisses me off. I want thin crispy well charred slices. There's no point in going thru the troubles of layering a spit with meat and cooking it only to hack off large pieces that might as well be chicken that was chopped while raw and then cooked in said skillet. The spicing was alright while the rice was very good, really fragrant and downright addicting. I just wish they sliced thin. 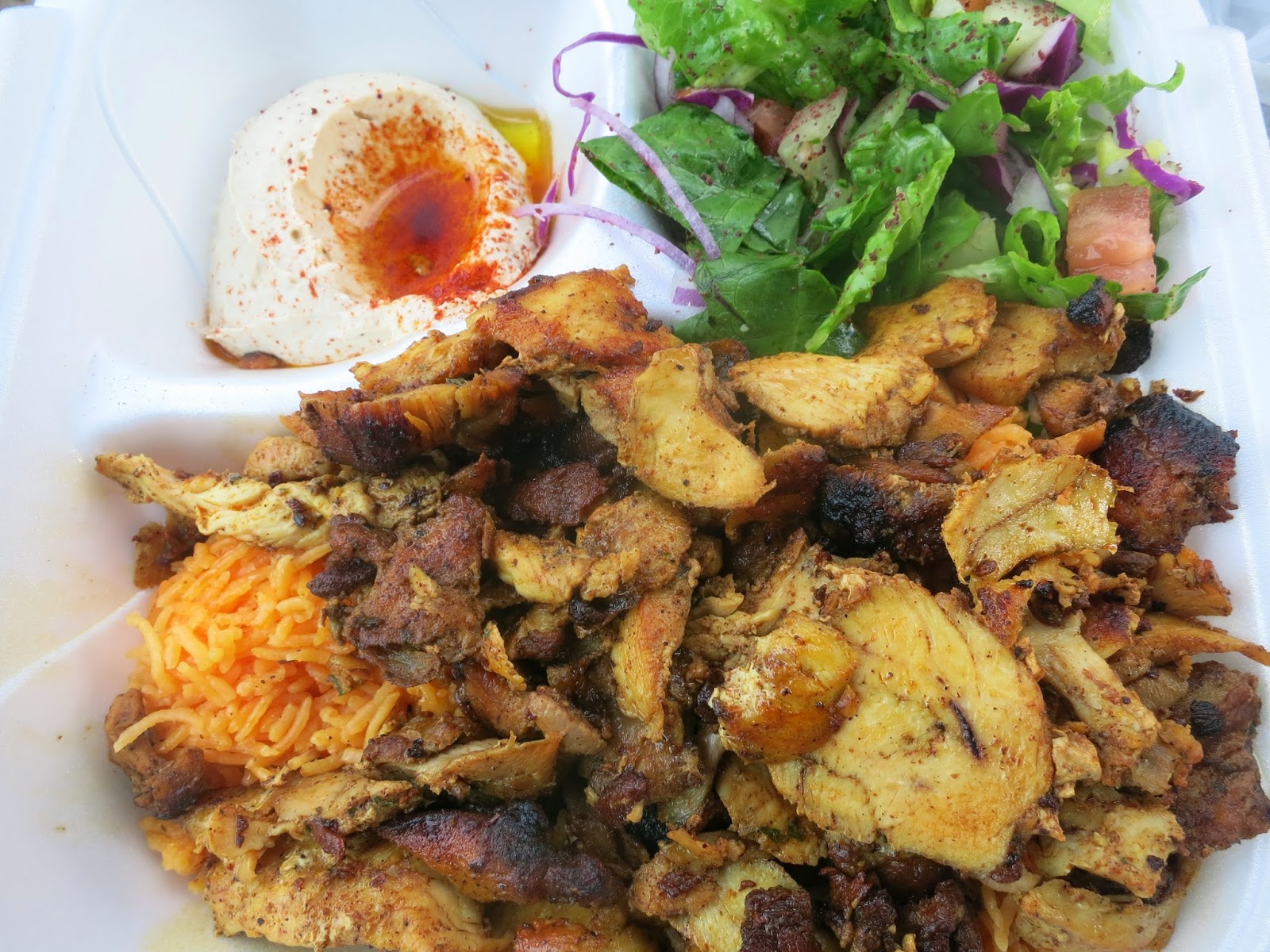