-Grubbing in Chicago  (land)
Where's the Afghan Food at?

Believe it or not there are quite a few LTHforum 'Great Neighborhood Restaurants' I have never been to. For those unfamiliar a GNR as they're called is one of the many awards popular Chicagoland restaurants are presented with. It's not the most prestigious but it's certainly something restaurants take great joy in being rewarded with. If for anything because they speak for the people. Well those that post on the site anyway. Either way there's countless amazing places that are listed on this informative list. Despite the fact I'm a pretty regular contributor over there I don't get too into the GNR process but I do think it's a great tool not just for tourists but locals as well. It's not limited to specific areas so you'll find plenty of places outside the norm. One of them being Kabul House. I recently got to try the cityscapes only Afghan restaurant for the first time. 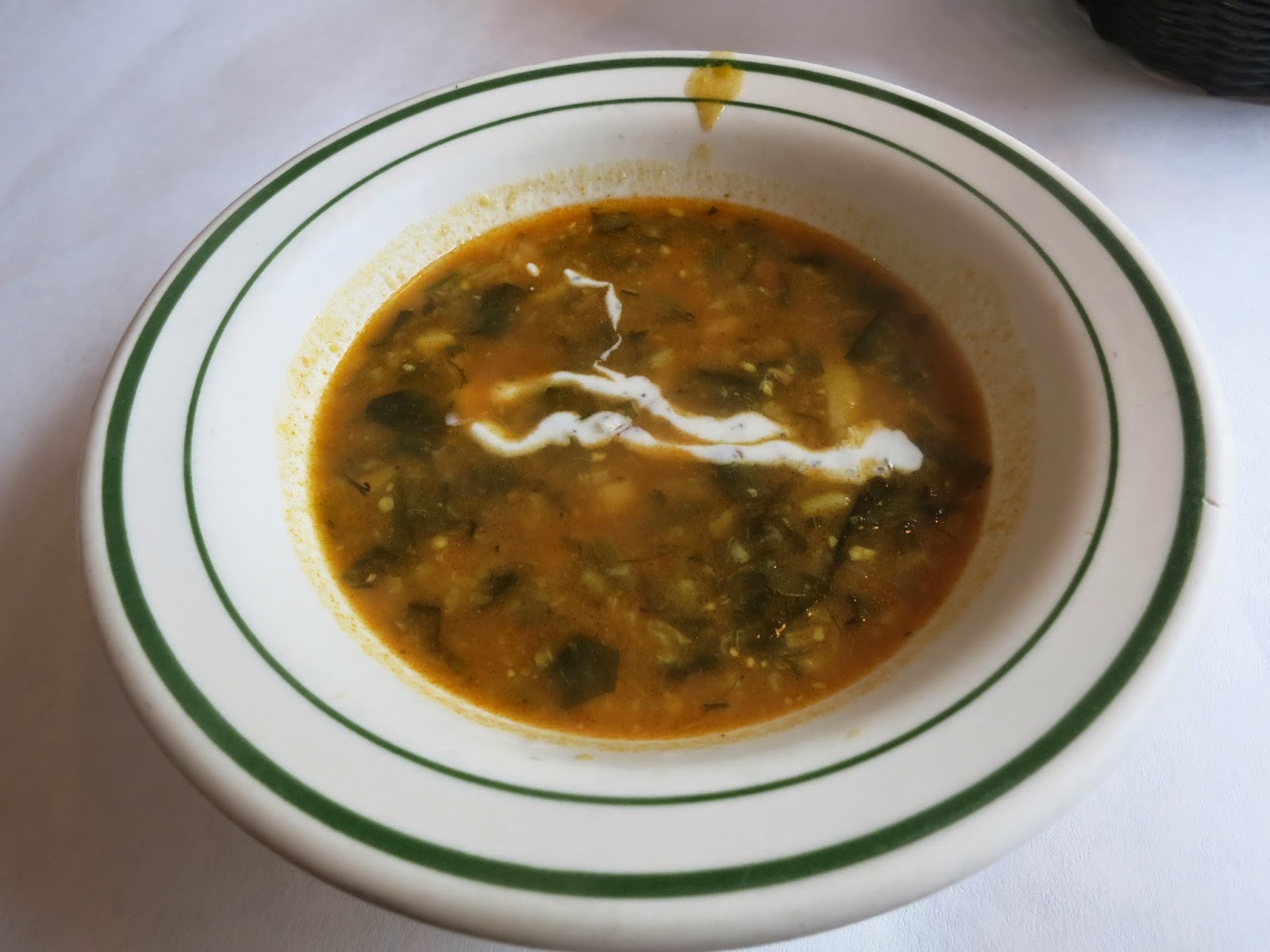 The menu items here have a history going back a long time. It's homestyle cooking for those who grew upeating Afghanistan food or have parents who did. I knew what to expect because I've read about the place many of times but I didn't know it was so nice inside, white tablecloth dining in Skokie to be exact. We started with complimentary soups while we waited. Both a split pea with a tomato base and then a veggie with a nice blend of Middle Eastern spicing in it were a nice welcome on a cold winter day. The veggie was better from what I remember. Next up was an order of their Mantoo Beef Dumplings which I had on my radar long before I looked at the menu. I love dumplings and these seemed to have similar ingredients to Tibetan Momo with a little Middle Eastern twist so I was excited to see what was up. Unfortunately they fell a little short.  The stewed tomato sauce paired with the beef dumplings gave it a strange resemblance to Chef Boyardee Ravioli. 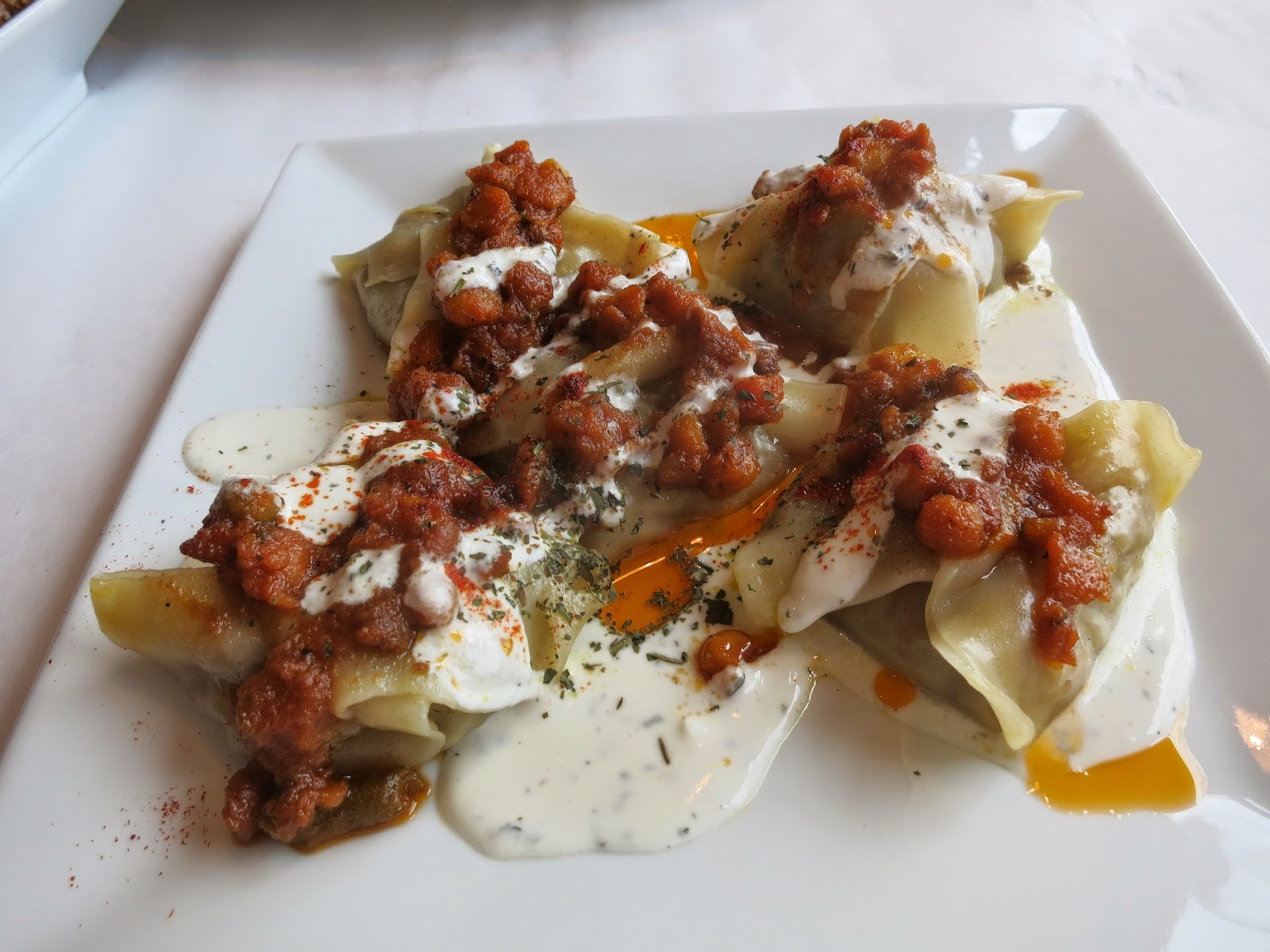 Next item out was the Qorma Sabzee which was described as "Chunks of lamb stew on a bed of sautéed spinach that is flavored with garlic and onions served with a side of white rice". This was also very comforting but again somewhat lacing in spice. Maybe this is prototypical of Afghan cooking but it tasted normal which isn't necessarily a bad thing. It was all eaten but could of been spiced a little more potently. 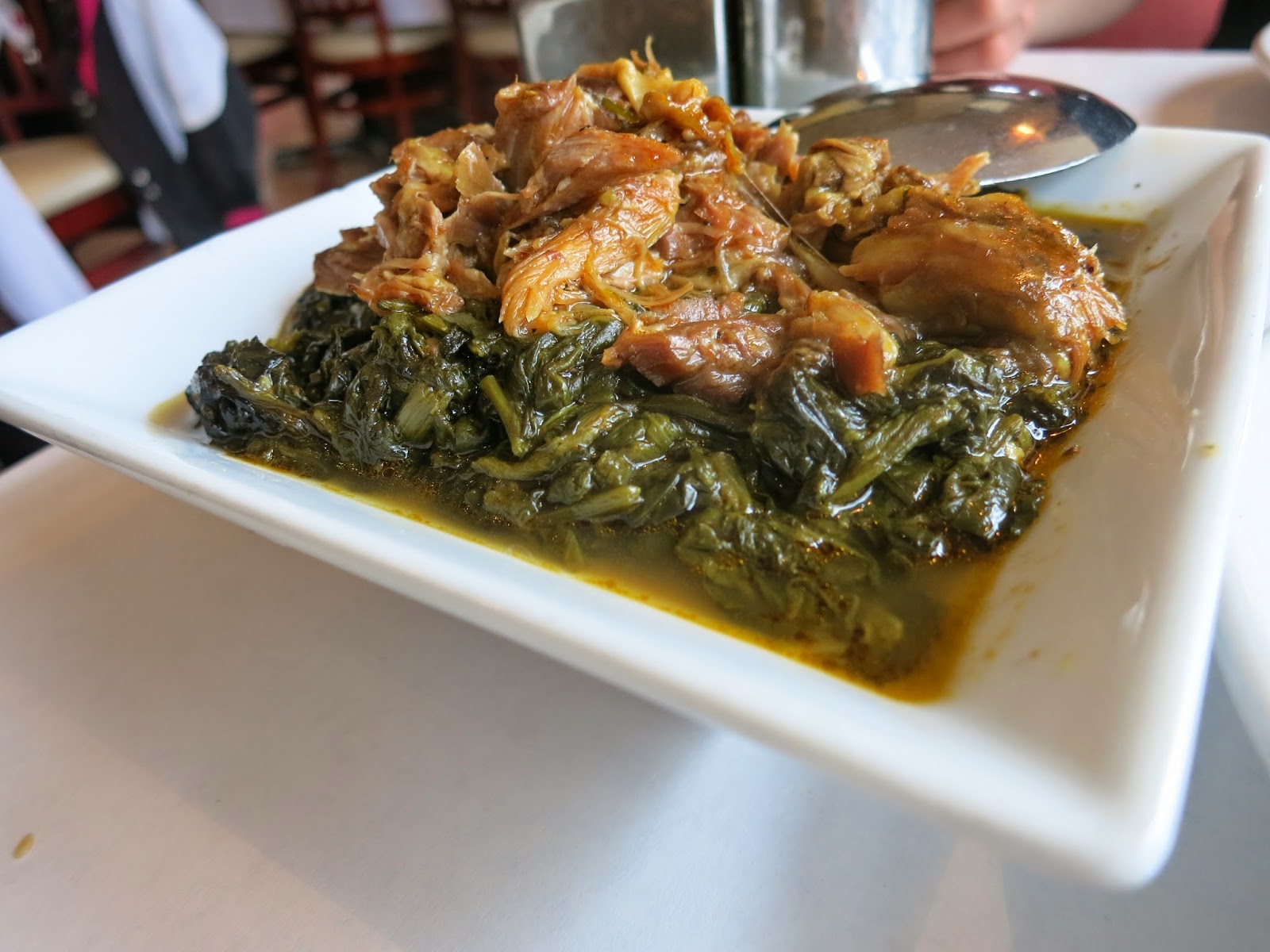 The star of the show at Kabul House are their Marinated Grilled Meats. You can smell these upon entering and it can be hard not to want them once you do. Your best option is to go for the combo which gives you three meats. You get a half skewer of their most popular Murgh Kebab which is made with chunks of chicken thigh. This was probably my favorite bite of the lunch, along with some rice. The lamb and sirloin were tasty too but it's the chicken I'll be back for. 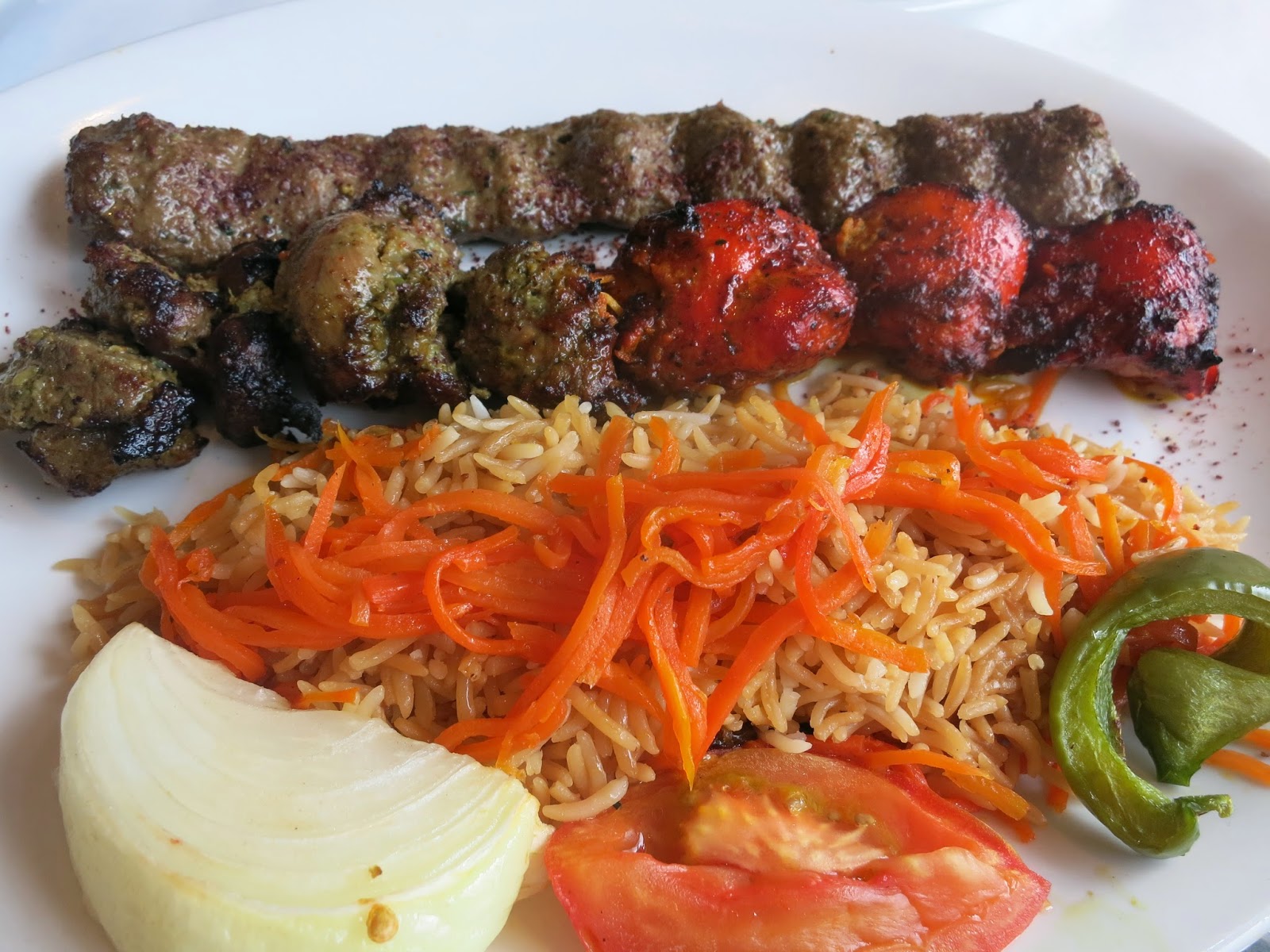