It's been a minute since we continued on with our exploration of old Northwest Indiana. About a stones throw from deep fried tacos at Adrian's is Big Frank's Sausage where the sign outside proclaims "Best Homemade Polish Sausage Around" They make for a nice 1-2 punch followed by a fill up at Speedway a few blocks away. If  coming from the city it's about a 25 min ride via the Skyway. 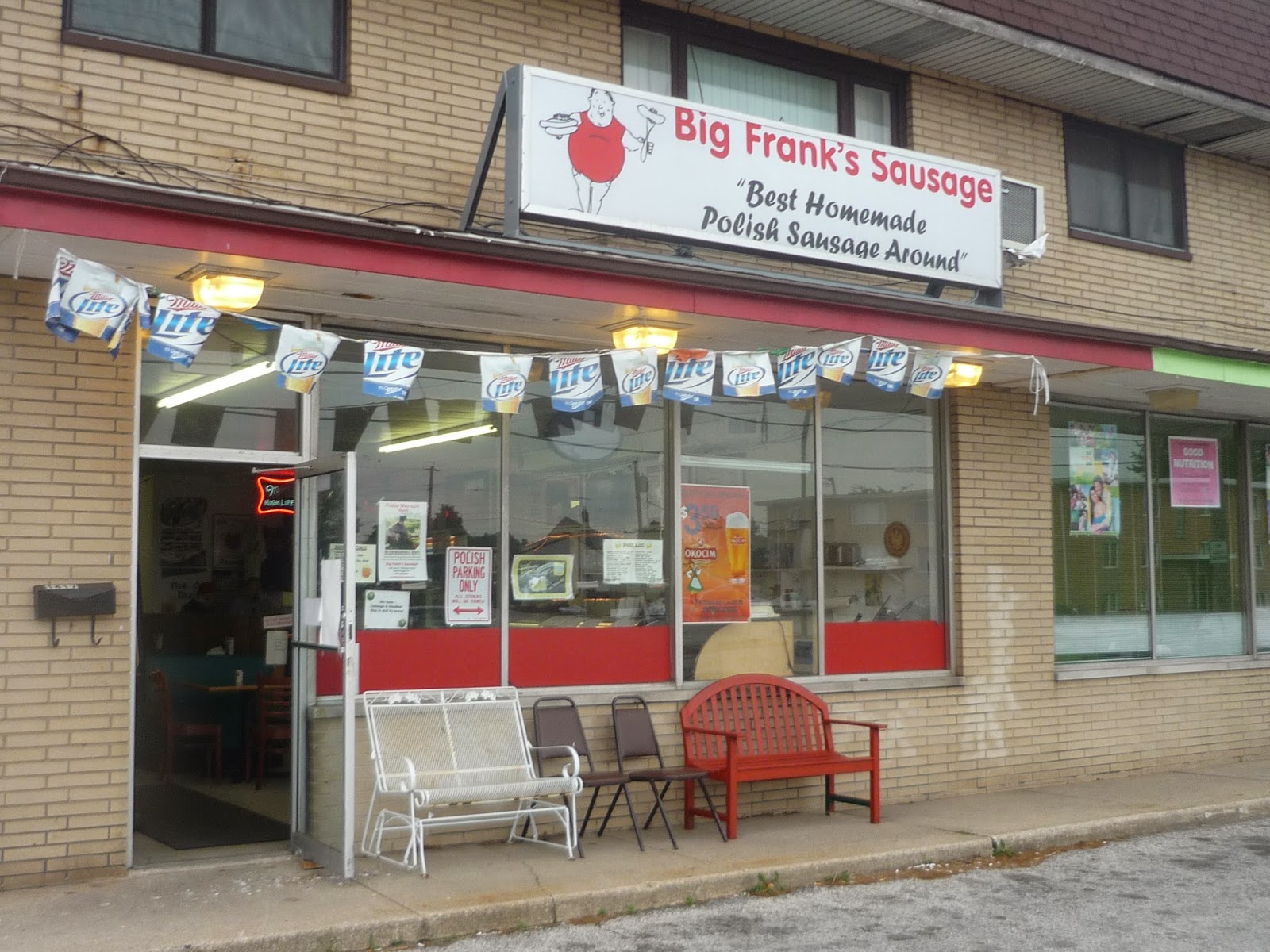 Locals favorite in East Chicago, IN

You might not be able to catch it in the sign outside but Big Frank's also doubles as a bar. 20 oz drafts of Okocim are $3.50 everyday. If you wanna get the party started a little bit quicker they also sell "Polish Bombs" which is a Okocim draft served with a shot of Nalewka Babuni cherry wine. I didn't try one so I'm not sure if you're supposed to drop the shot in the beer or not but I would assume so since it's a bomb. We did sample the house specialty as well as some potato pancakes with a couple pierogi and an order of beef Uszka (Mini Polish Dumplings). Another Northwest Indiana gem. 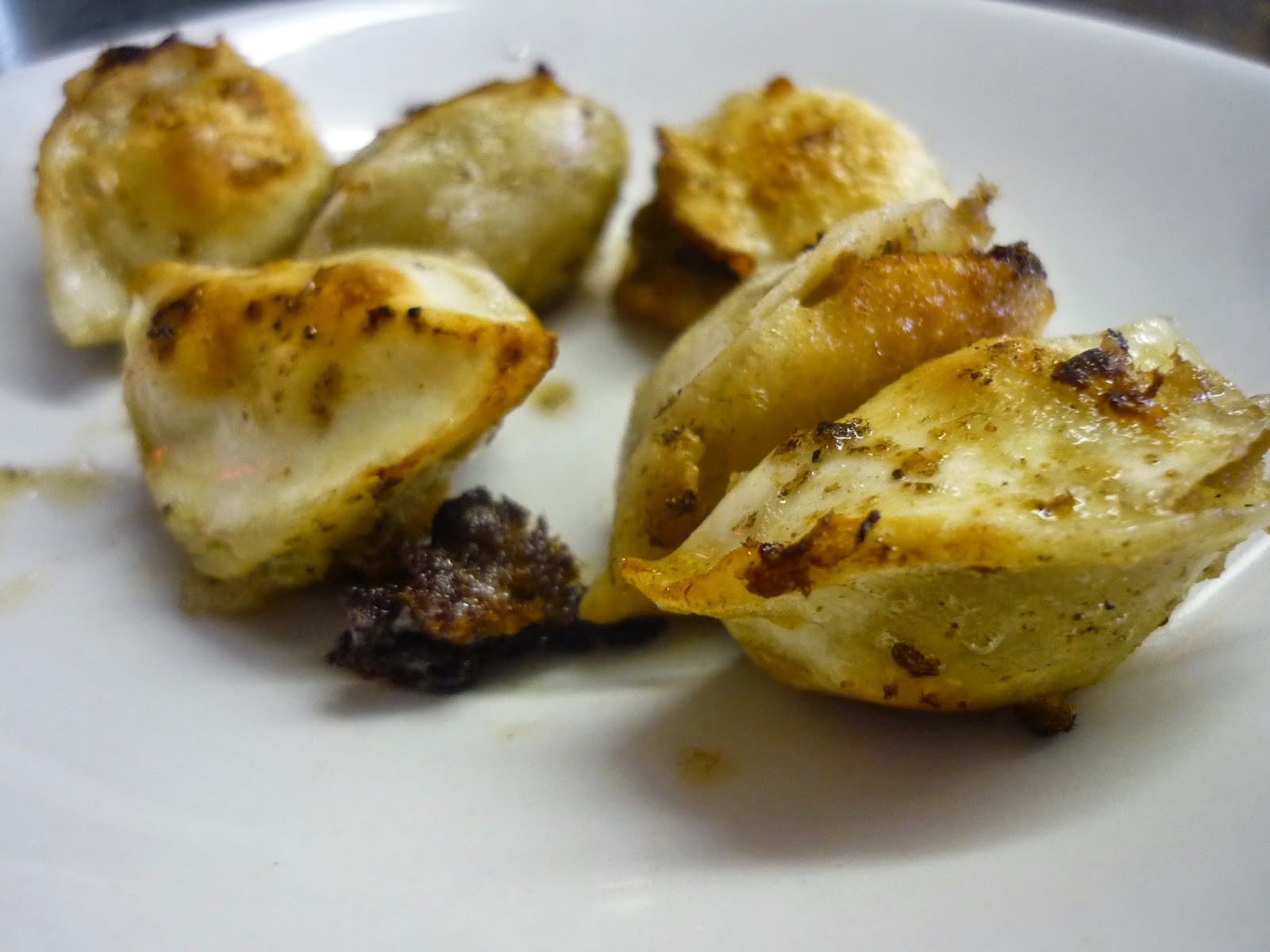 Mini Meat Dumplings - I loved the fact you can order these by the piece ($.25/each) as they make for a great beer snack. These, the pierogi and sausage are sold ready to cook or frozen too. 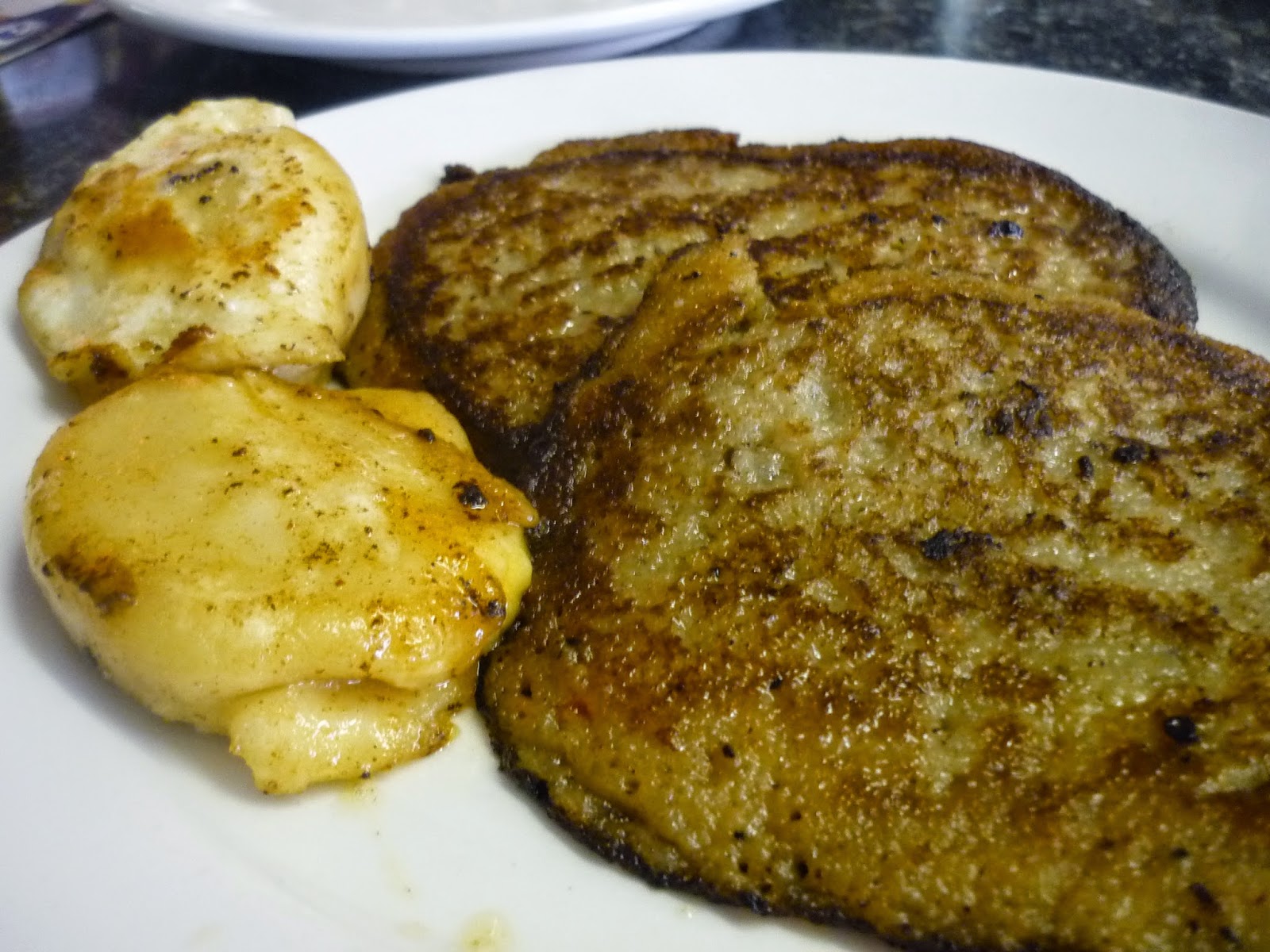 Pierogi and Potato Pancakes - Both decent versions, although the pancakes were a bit greasy, not all that different from Cavalier Inn one town over. 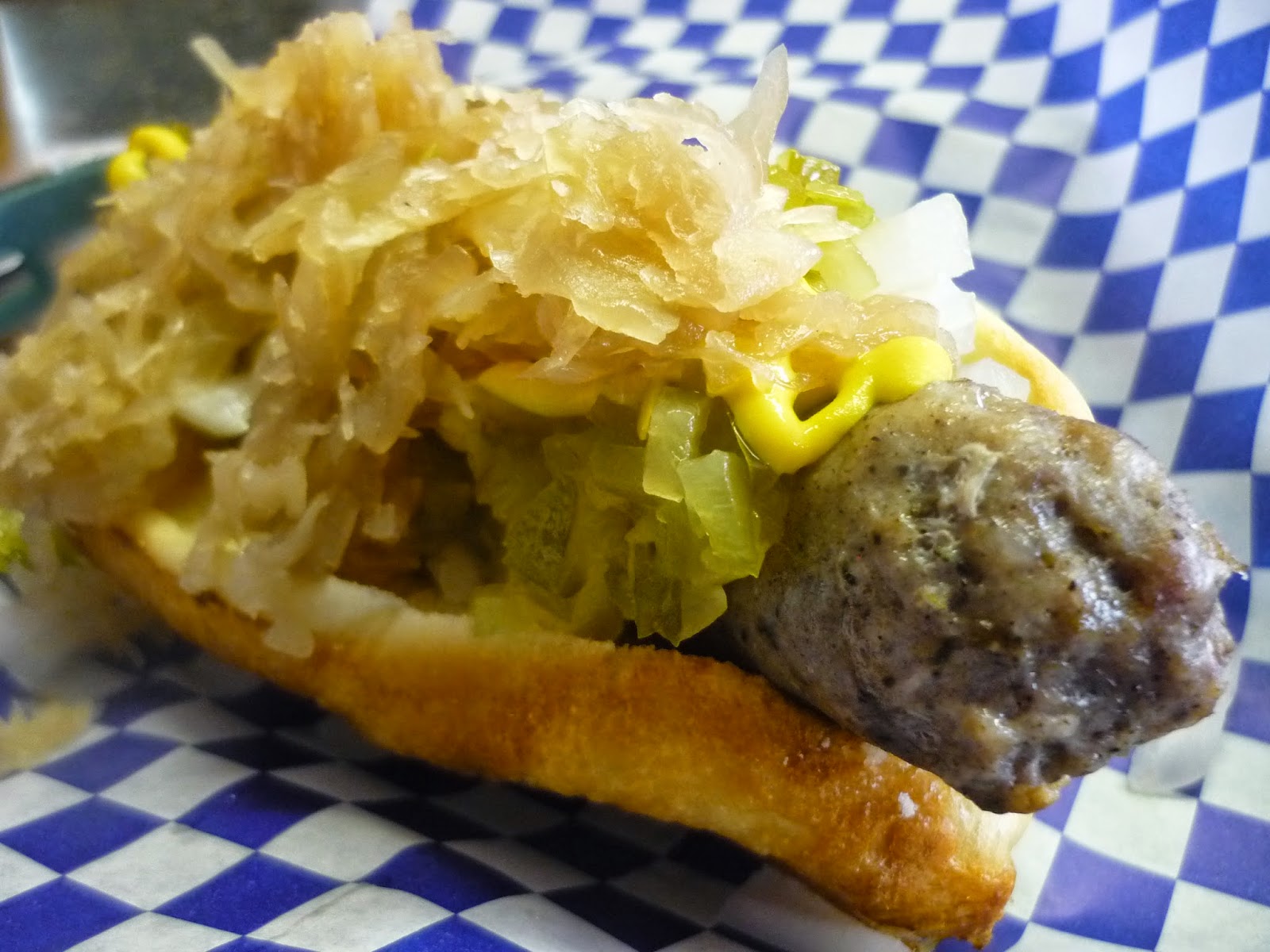 Polish Sausage - Links are fresh (not smoked) and have nice hints of garlic and pepper. I thought it was quite tasty. All this food and three Okocim came out to less than $20. Nice neighborhood place.