Gyros on the Spit

An old Chicago favorite has returned. Gyros on the Spit used to be located on Broadway in Lakeview up until 2000 when they were forced to close do to a landlord bullying them out. Since 1973 it was a favorite of many Chicagoan's who enjoyed the homemade gyros as well as steam trays full of old Greek favorites that sat in the window. Those that never forgot about them were very happy to hear the news they've made a return to the neighborhood over on the 2800 block of North Lincoln just past Diversey. I decided to stop by and see what all the buzz was about as I don't recall ever trying the food at the original. 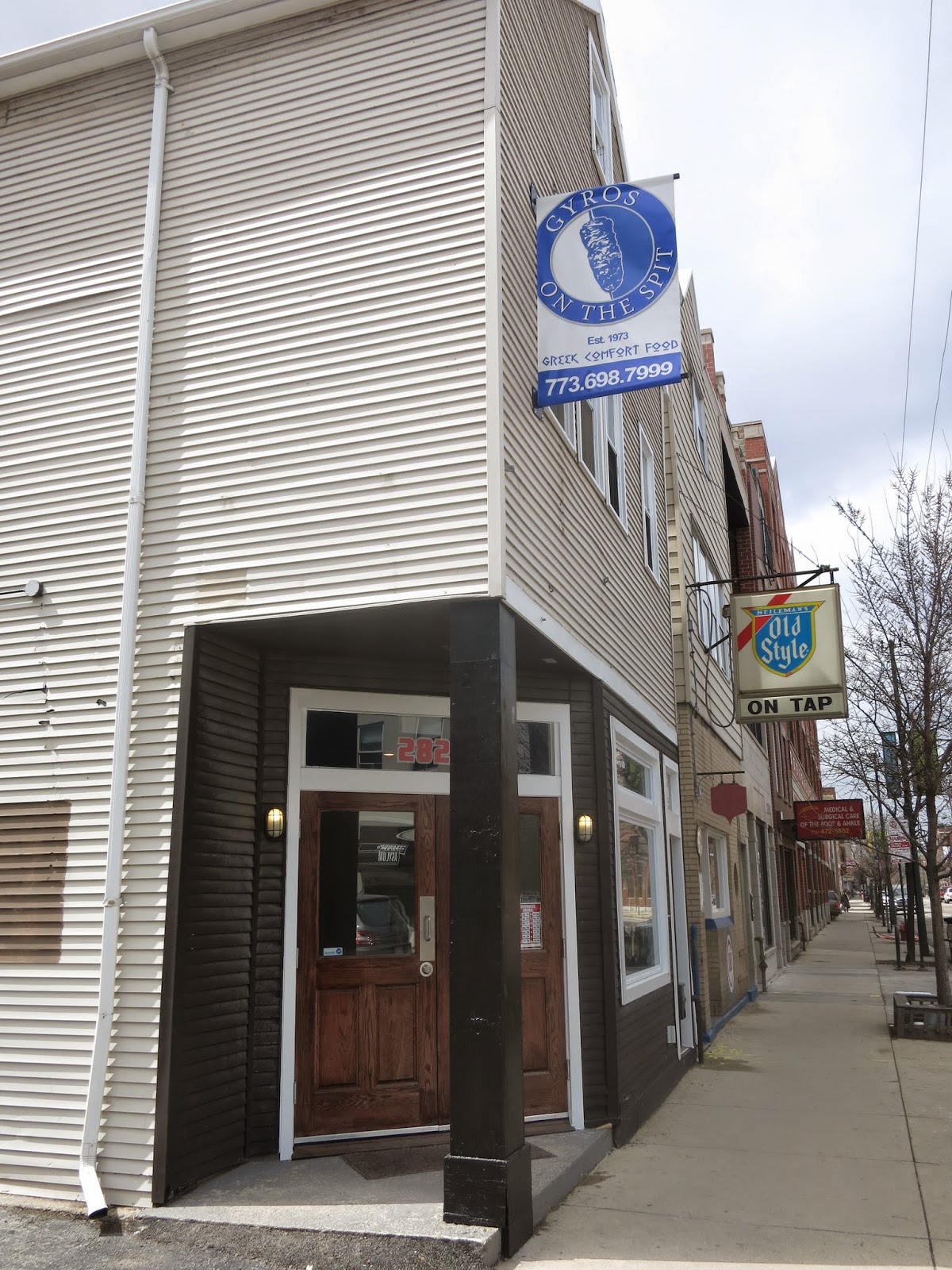 An old Favorite has Returned to Lakeview

The new location is much more elegant than the old one. It's more like a restaurant than carry out but I saw plenty calling orders in. They have a bar with booze and quite a few tables to sit groups. I dined in solo on my first trip in and knew I would be getting a gyros dinner. For $11 you get a nice helping of their family recipe gyros as well as a choice of two sides. Dino's potatoes and some rice are a good way to go. I've been back since this visit and the fries just aren't as good. 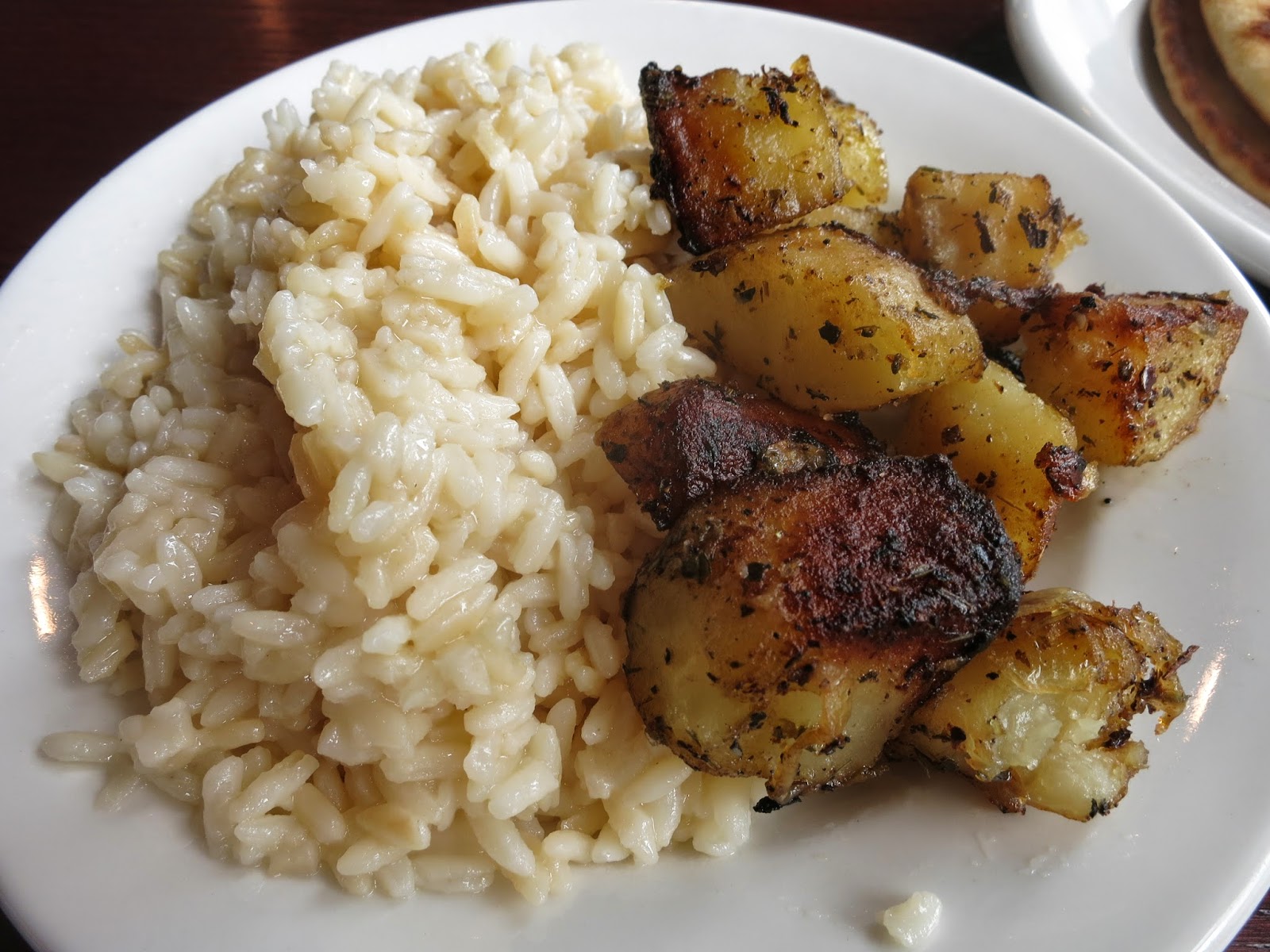 Rice and Potatoes on the Side

As mentioned the gyros are a longtime family recipe that are still being made by the dad, the son is in charge of the new spot but papa still comes in a few times a week to make the gyro meat. With Chicago's strangle hold on mass produced gyro meat you don't see many places taking the time and effort to make their own. The only decision restauranteurs need to make is what company to use. We have a handful of suppliers. I'm not totally opposed to a nice thinly sliced well crisped gyro from one of these purveyors but the stuff at Gyros on a Spit shows what you're missing when it's not homemade. My first visit I was served with what might of been the best plate of gyro meat I've ever eaten. It was sensational, well crisped, nicely seasoned and anything but dry which allows for thicker slices. It wasn't quite as perfect the second time around but still better than most any spots I've ate at. The only weird thing for me is the homemade tzatziki which comes loaded with slivered onions. Not really necessary when they load the onions up underneath all the meat. That's a minor complaint, I now have a go-to spot for gyros when the urge for some hits. I look forward to further exploring the menu as there's quite a few Greek favorites to be had. 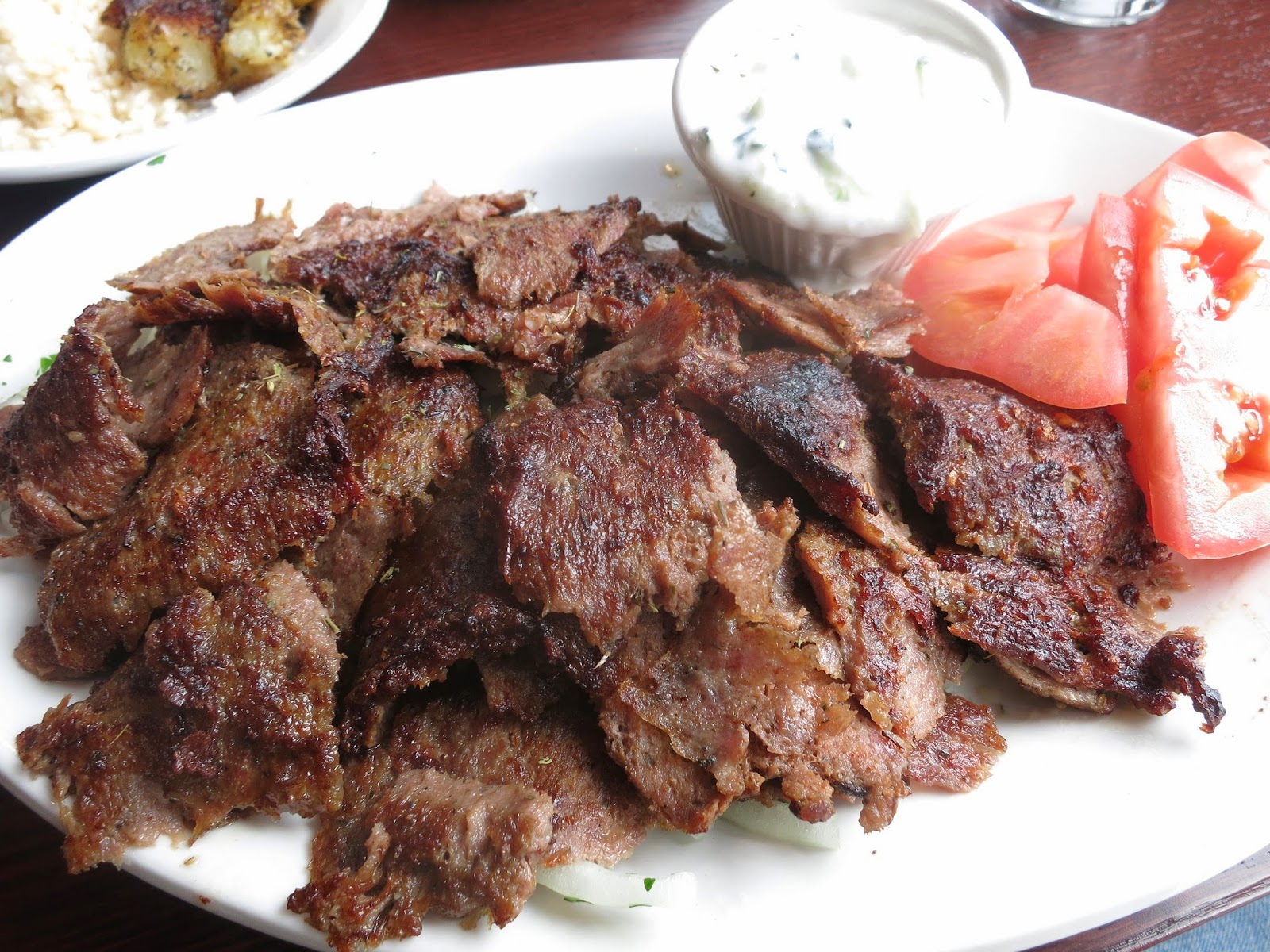 That gyro plate just looks so incredibly good. Unfortunately, most of the time when I'm looking to eat gyros, I go to my neighborhood spot, Nick's Drive In in Edison Park. They make their own homemade gyros, too, and all the news people (Steve Dolinsky, etc.) rave about the place. But I think they really skimp on both their homemade gyros and their sauce in terms of quantity/price. For this reason, it's really not worth it anymore.

I'd much rather try Gyros on the Spit, now. Thanks for the recommendation, Titus.