With the opening of Analogue in Logan Square, Chicago now has a New Orleans inspired restaurant. The lack of Cajun/Creole cuisine in the city is one of the biggest glares on our dining scene. Not to say there's many weakness' plus the truth of the matter is that this style done properly is tough to find outside the Bayou. Up until now it was either ride down to the Starved Rock area to eat at Ron's Cajun Connection or plan an overnight trip to Madison and make sure to squeeze New Orleans Takeout into the dining itinerary. If neither of those were attainable then you had to make it yourself. Now when the crave hits, the option is there, it's just starting at 6pm as this is really a cocktail bar serving food. 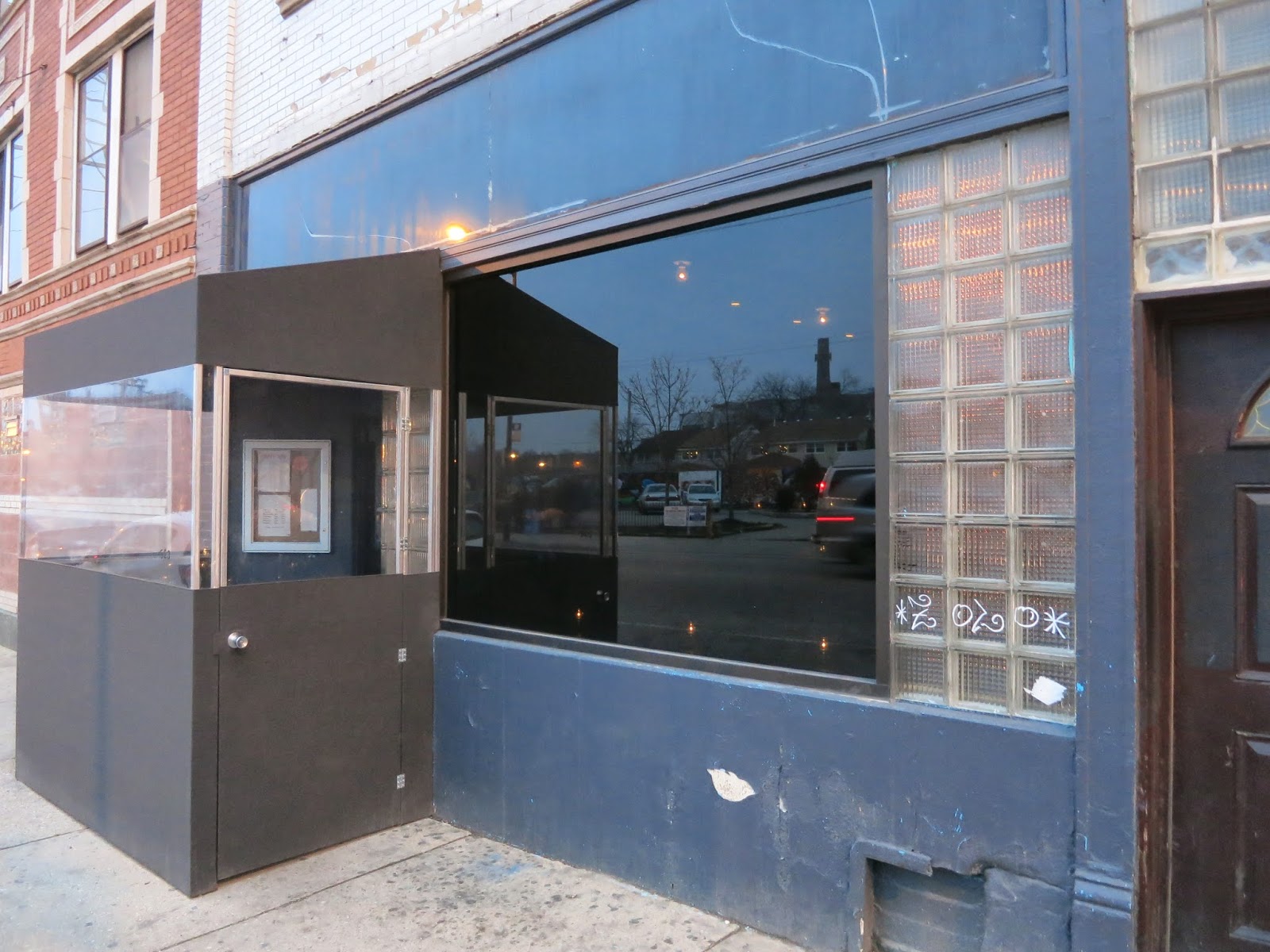 From the outside the place is pretty much hidden. There is no sign or wording anywhere and it's pretty bare inside too. This is a place for drinks and food, that said it's the food that's been getting rave reviews across the board. I was very excited to try it since many whom I know I have similar likes too were praising the place. We got in there around 6p on a Friday and were seated immediately, the place was full by about 6:40pm. First up was a dish I was very excited to attack. There's no good gumbo in Chicago, not served regularly anyway. One of my local drinking haunts Toons does a good one but it's served as a special. In the last couple years I've pretty much perfected my own recipe (all about the roux) to the point where I enjoy it more than places I was trying this past January while down in New Orleans. I know everyone loves their own but I'd put mine up against most anyone. 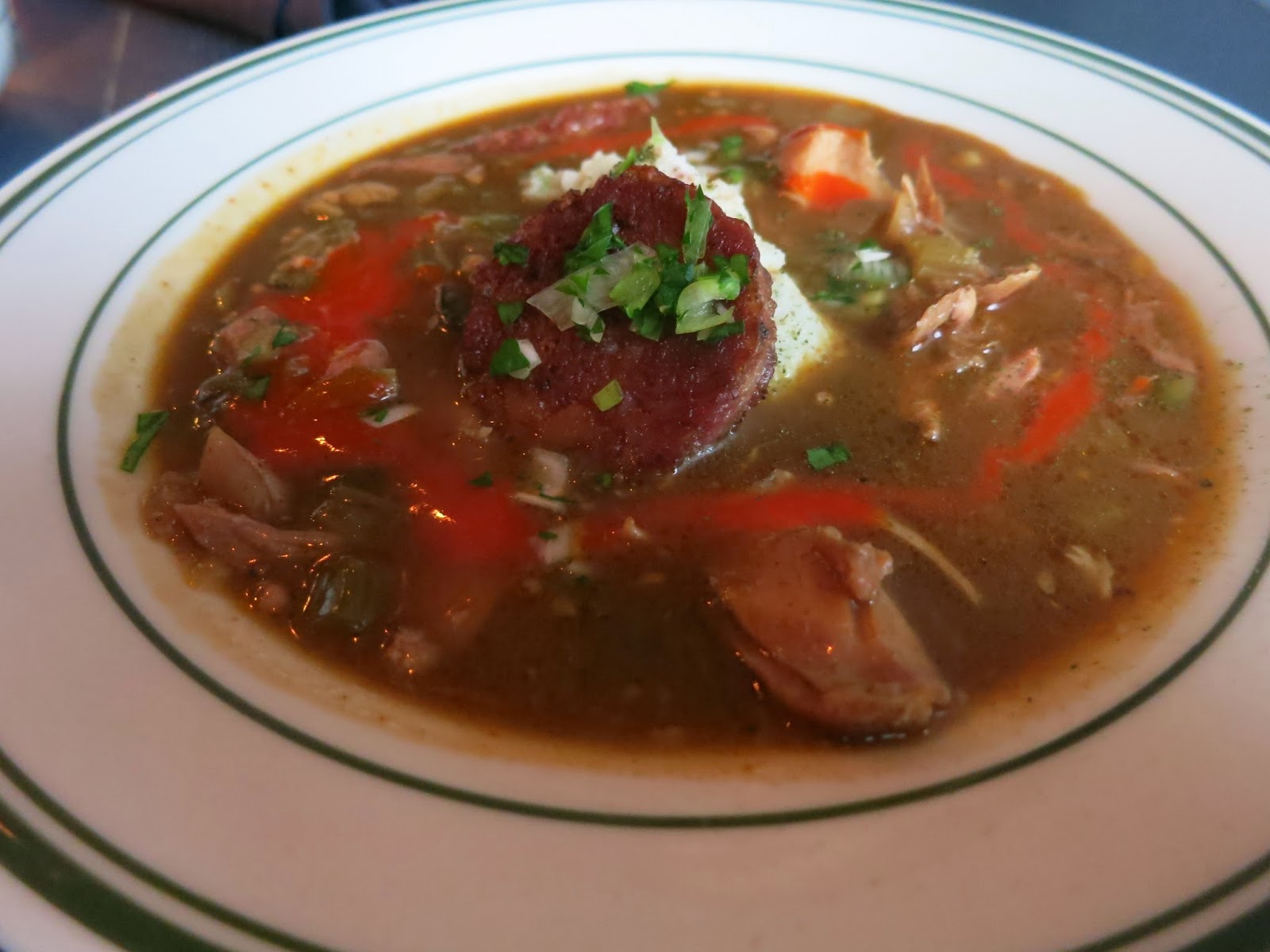 Don't get me wrong, it was very good and a bowl I would of been happy with had I been served it in New Orleans but it just didn't what I love about a good bowl. Served with a thinner consistency ala New Orleans style gumbo this bowl had plenty of meat which was a big plus but it also had one little slice of andouille (homemade) and wasn't as potent as I was hoping for. I enjoyed the fact they serve it with a scoop of potato salad instead of rice (common in some parts of Louisiana) but it only came with a few tablespoons worth. I probably sound more harsh than I mean to be because when I cant make my own I have no problem heading over here to kick the itch. My only other problem with the whole experience was the fact they brought out the two sides we ordered a good ten minutes before the entrees. Which is stupid because you either eat them without what they were intended to be enjoyed with or let them sit and come to room temperature. The mashed potatoes were ordered to pair with the nights special of a country fried pork steak so it was an annoying mistake on their part, but one that can easily be fixed. Not a big deal for me. 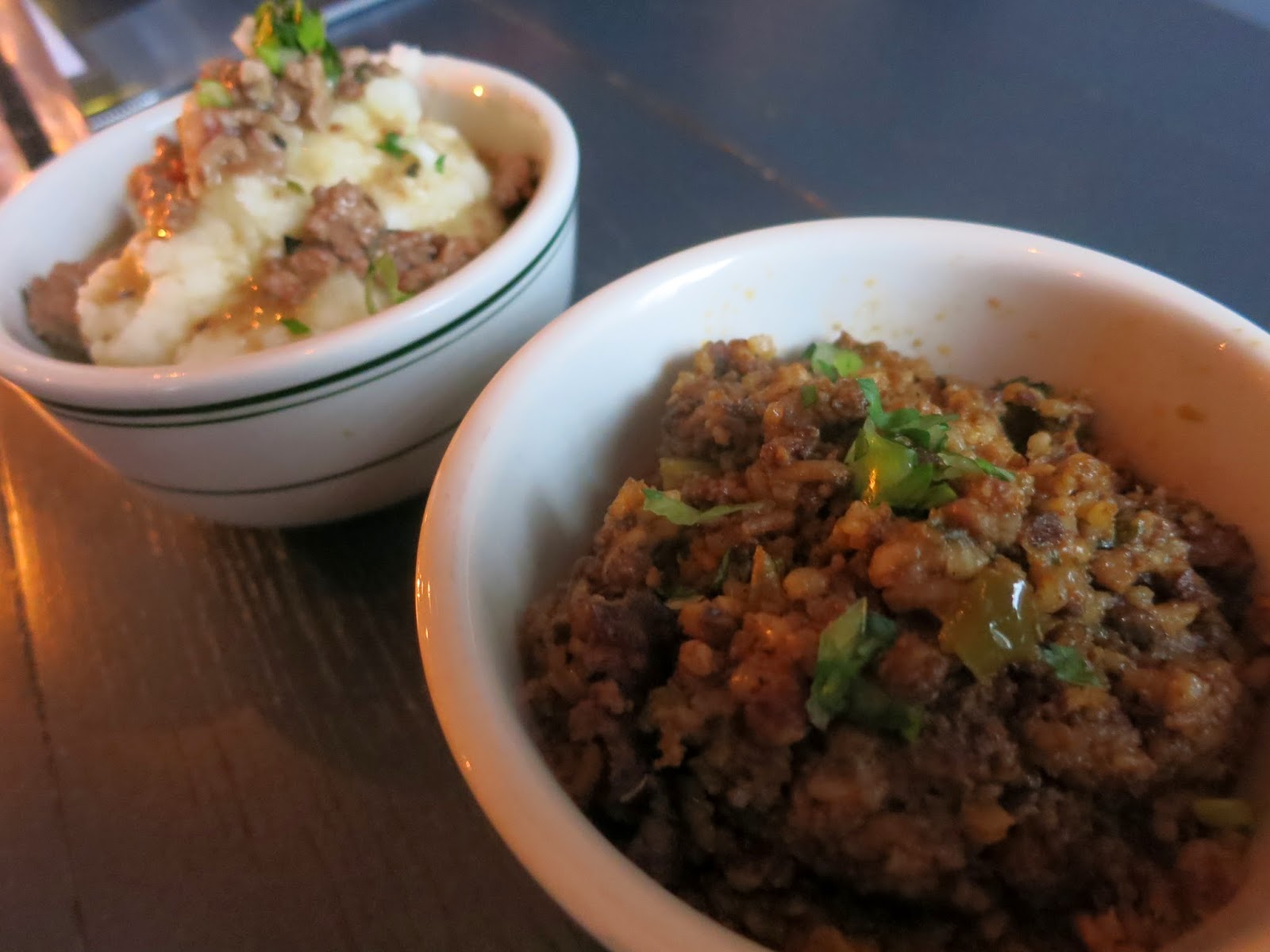 One reason it wasn't that big of a deal was that both sides were sensational. The mashed potatoes more-so because they're always great with a fried pork steak but the dirty rice was as good it gets. No need for parenthesis surrounding the word dirty because theirs is made with chicken livers and giblets like it's supposed to be. So good we got another order to go. I went with the cochon de lait po boy for my entree and thought it was awesome. Let me stress again that this is a cocktail bar that serves food and this sandwich at $12 is exactly what I want when out drinking booze. The use of D'Amatos bread helps get some of that crunch needed for a good po boy and the pork was just perfect. I can see myself calling in for pickup of this often. 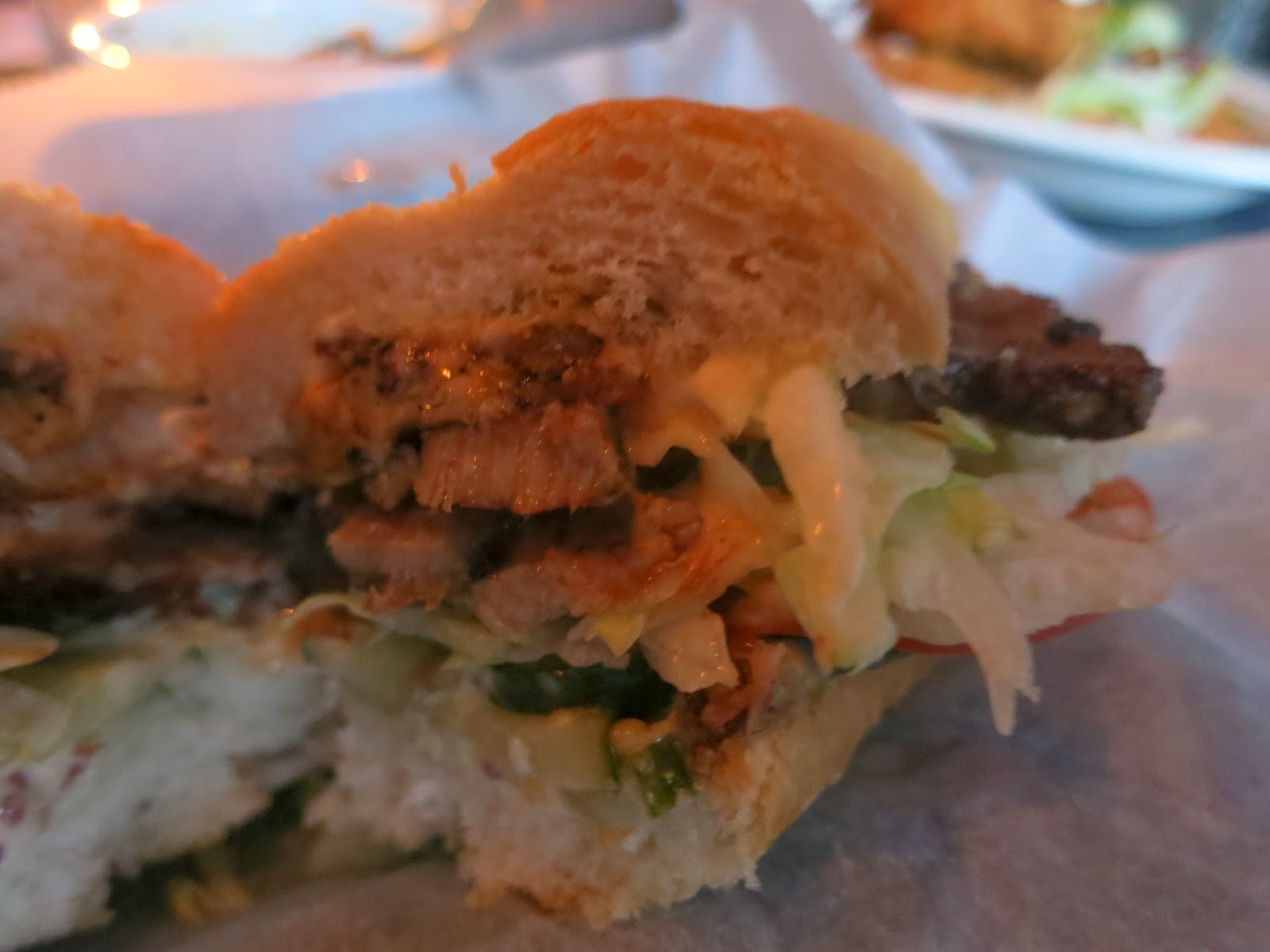 The menu here is pretty small so some standard favorites are still nowhere to be found around town but they do have a special most nights and on our visit this was a country fried pork steak with a micro green salad made with crunchy celery and radishes. Sensational. I was only allowed a few pieces and I honestly considered ordering a second plate so I could have more. As good of a fried piece of anything I've had lately. Perfect really. I'm welcoming Analogue into the city with open arms, we needed a place like this but still need more. I hope with it's opening, a new trend begins. 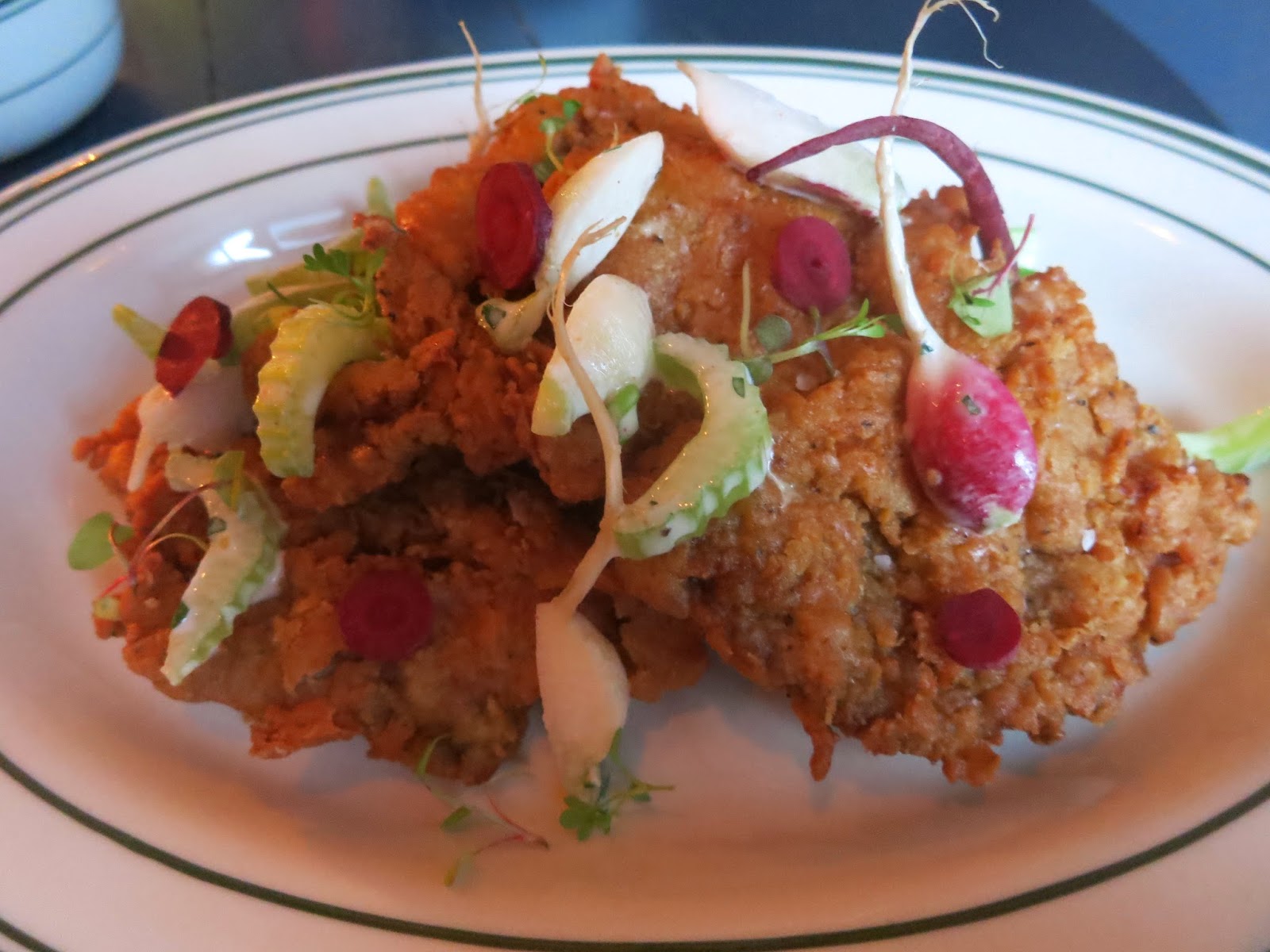 Ummm, have you never been to Big Jones? I would consider that the best cajun/creole in the city, but you omitted it completely from mention in this review. How about Maple Tree Inn in Blue Island? Not "city" proper, but some very good cajun/creole as well.

I've been to Big Jones, it's in the index but I wouldn't consider it Cajun and or Creole even with gumbo on the menu. It's southern which is different, Cajun and Creole is of southern descent but its not the same as fried chicken, pimiento cheeseburgers, chicken and dumplings etc. Maple Tree Inn is pretty good, but its not on the level of the other two out of city spots I mentioned, though it is much closer, just my opinion.