It didn't take long for this years "Big Foodie Find" to happen. In an age where we have online access to pretty much any information we need, there aren't many "hidden gem" restaurants left. On top of this there's not many places serving something that's most totally foreign to the folks that like to get out and eat. When LTHforum.com contributor Peter Engler aka Rene G spotted a place in a strip mall in Burbank, it caught his eye with the mention of both "Lao" in it's name and also "Northeastern Thai Cuisine" listed underneath it. This was noteworthy because if they did indeed serve Laotian food then this would be one of the only a few spots in the region to do so. Indeed they do. 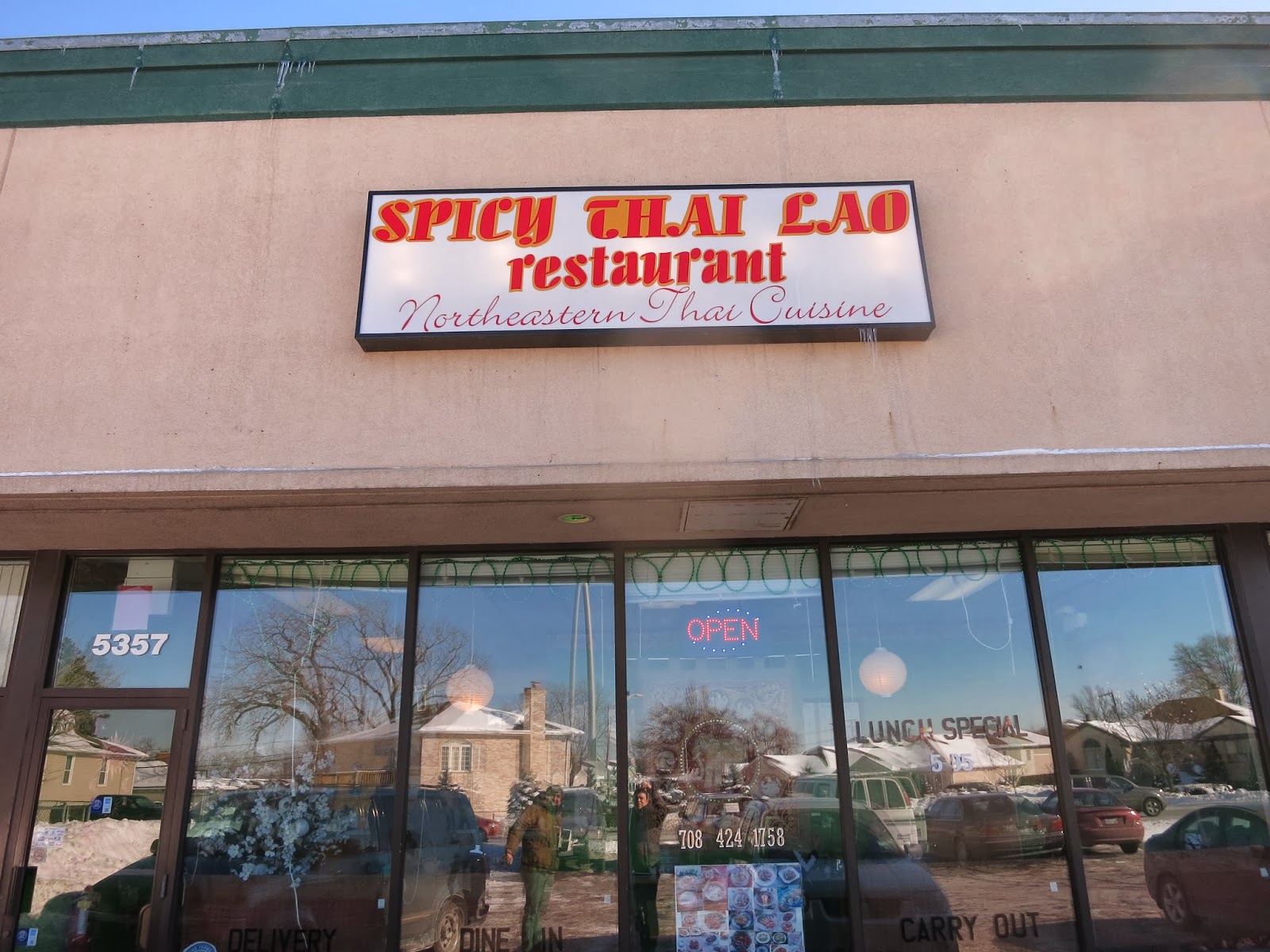 As Peter posted in the LTHforum thread. Kaew and George are the husband and wife owners of Spicy Thai Lao. Kaew does the cooking. She comes from the eastern edge of Thailand, close to where it meets Laos and Cambodia. She's one heck of a chef and cooks recipes that might be unfamiliar to many in Chicago. Since it's initial post on LTH, Mike Sula at The Reader has been over there and because of many folks interest in trying Laotian focused dishes, they've recently added a menu with options she was usually just cooking for friends and family. I've been by a few times since my first visit and one thing that remains a constant are the Spicy Thai Lao Egg Rolls. These are Kaew's personal recipe and my new favorite egg roll ever. 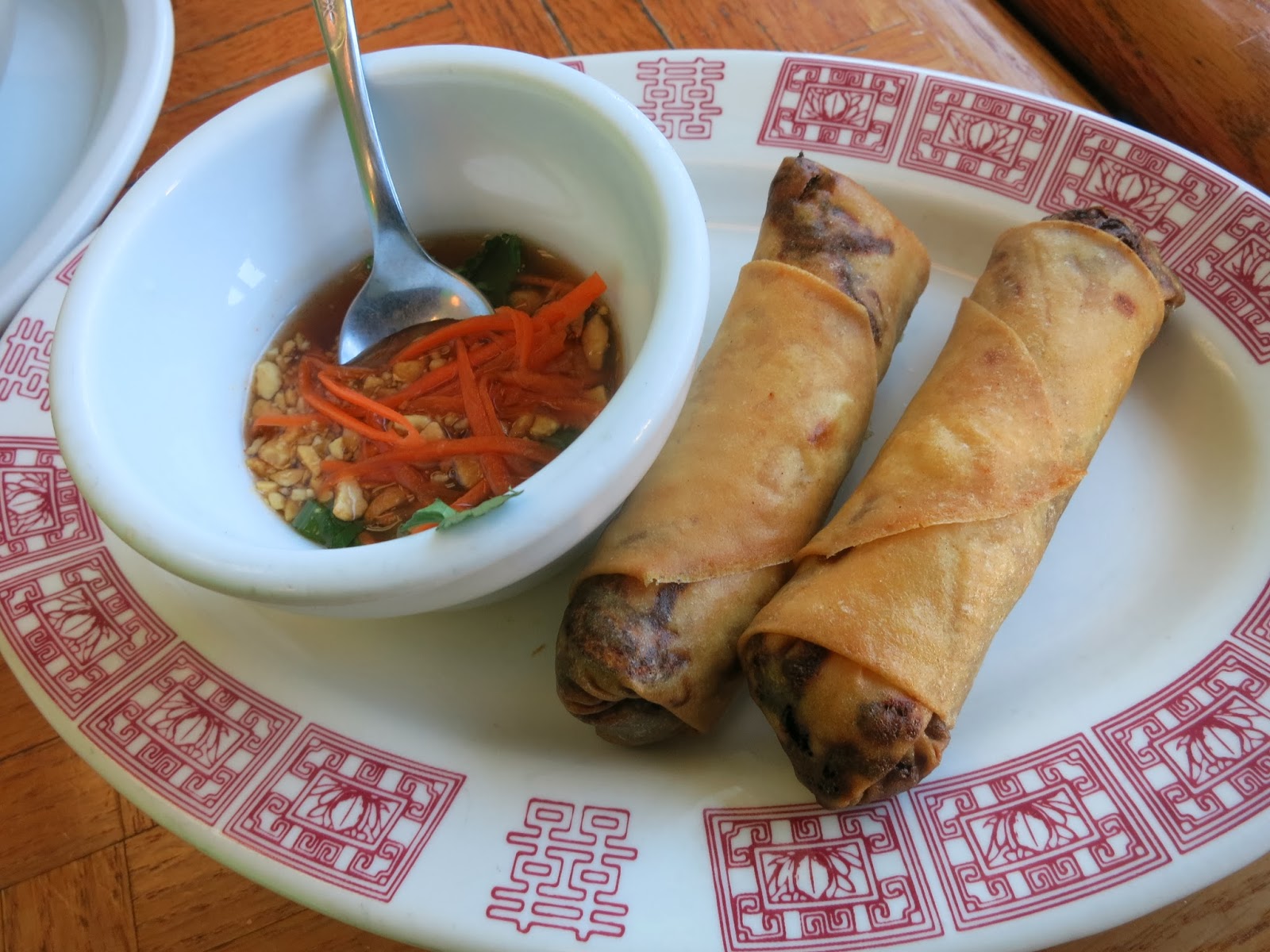 Available in chicken or veggie these come extra crispy with a nice hint of curry powder. They reminded me of Jamaican beef patties because of that, no coincidence those are one of my favorite snacks. Then there's the kow-tome as it's listed on the menu. As Peter said, "This might be the best $4 you can spend in a restaurant." I guess this a soup usually eaten for breakfast in Thailand, here they serve theirs with rice. Also included in it are onion, crisp bits celery, chili oil and your choice of meat. The flavor profile was described by my guy Mr. EZ Livin as gumbo like and I totally agree. It's too bad they don't use any pork here because some sort of diced sausage in there would take it to even greater tastes. 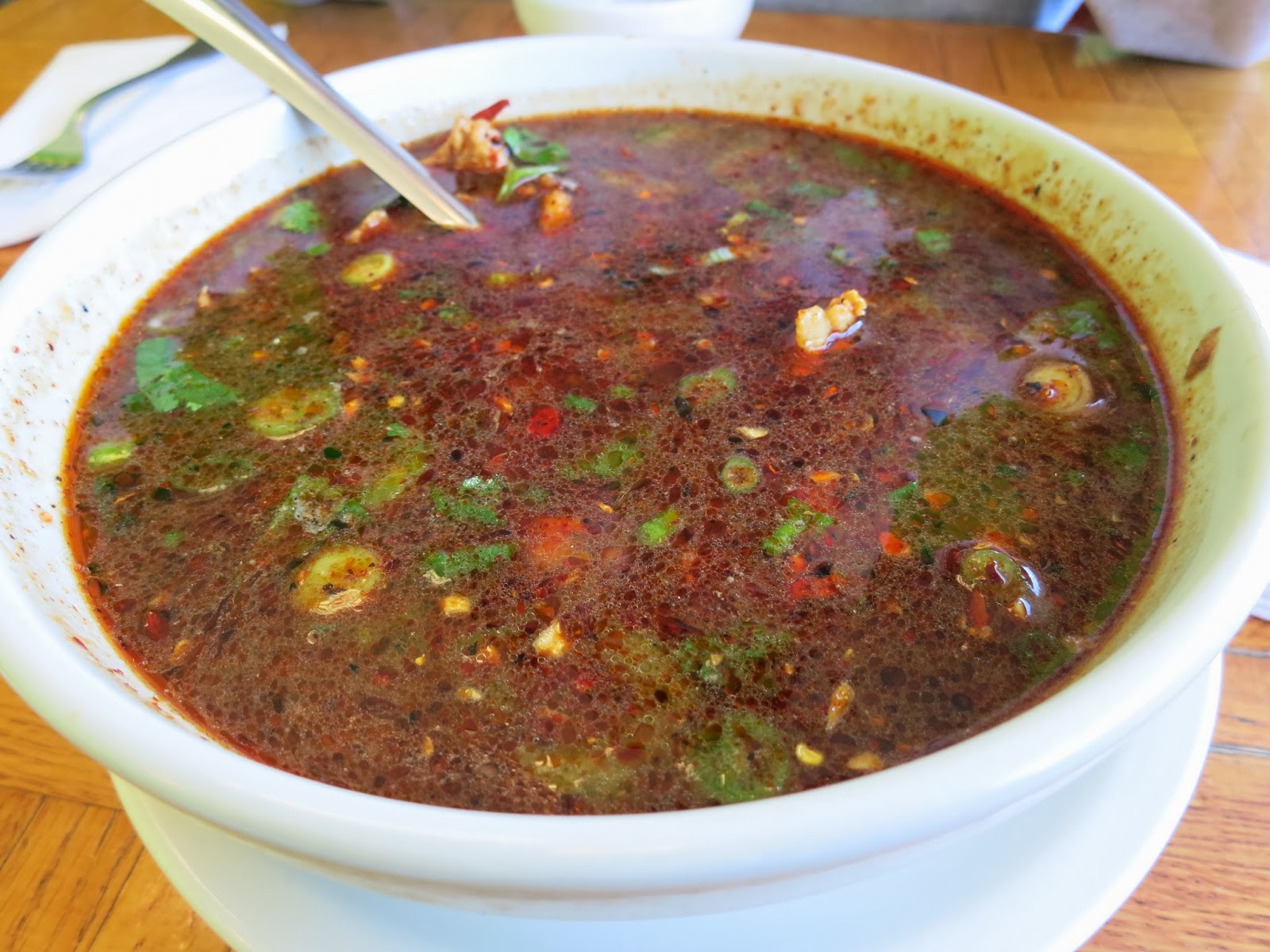 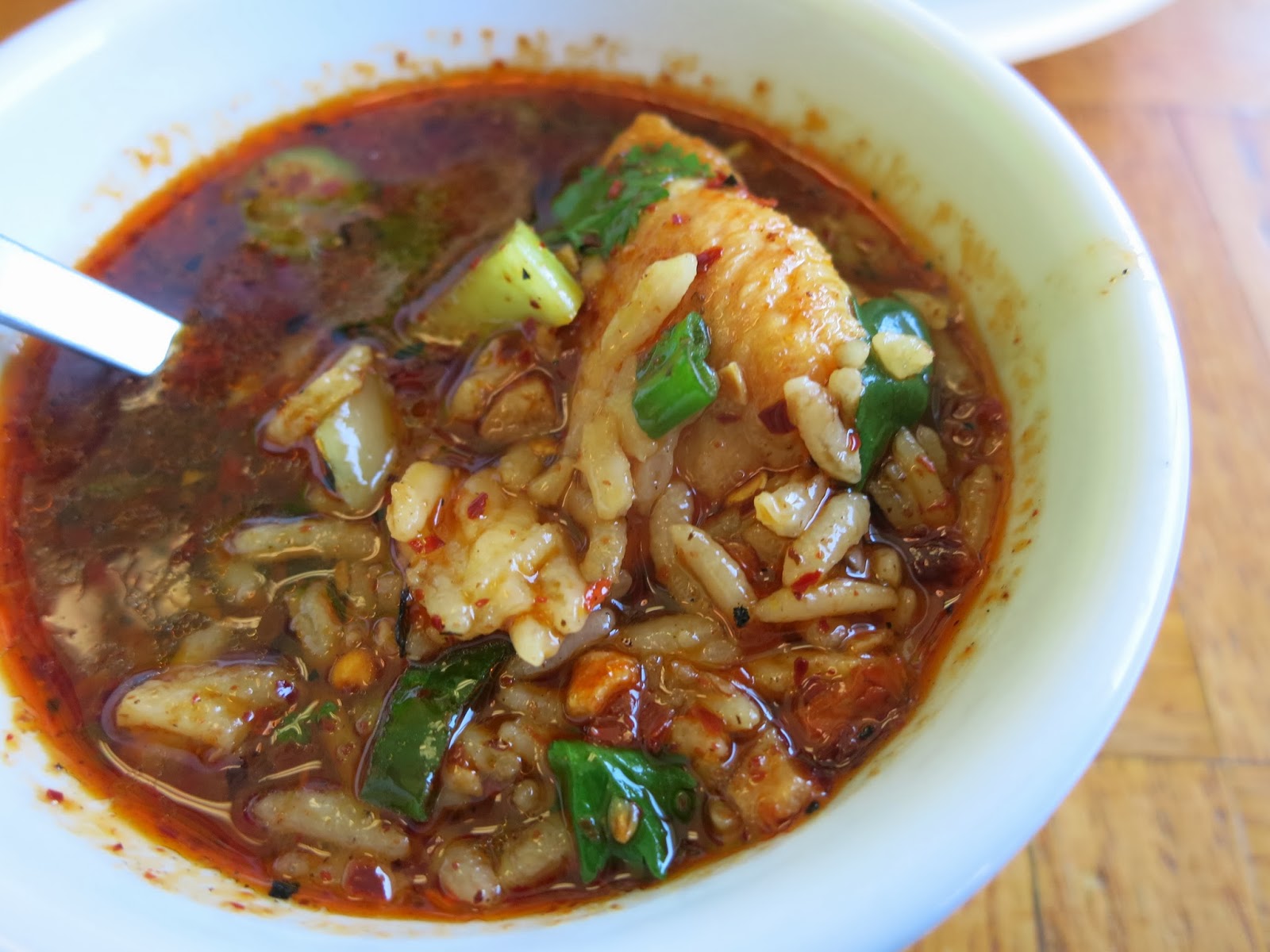 The most interesting dish I've gotten to try thus far has been what I believe to be called Beef Pad Tamin. When we tried this, we just said bring us out something you'd make for yourself. This was a vibrant stir fry consisting of turmeric, lime, mustard seed and many other things I couldn't quite pinpoint. I guess I could point out one small problem I've had here and that's been the overall quality of the meats. They could be better, but they aren't awful. I really don't know of any Asian spots offering a "pick your meat option" that has really good quality meats so this doesn't bother me. I just prefer the meat to be more finely chopped than most places serve it. I should also point out that Spicy Thai Lao has a complete Thai menu with lots of the usual suspects. I tried the shrimp fried rice on one visit and it was the best version of that dish I've had in some time. Great find. 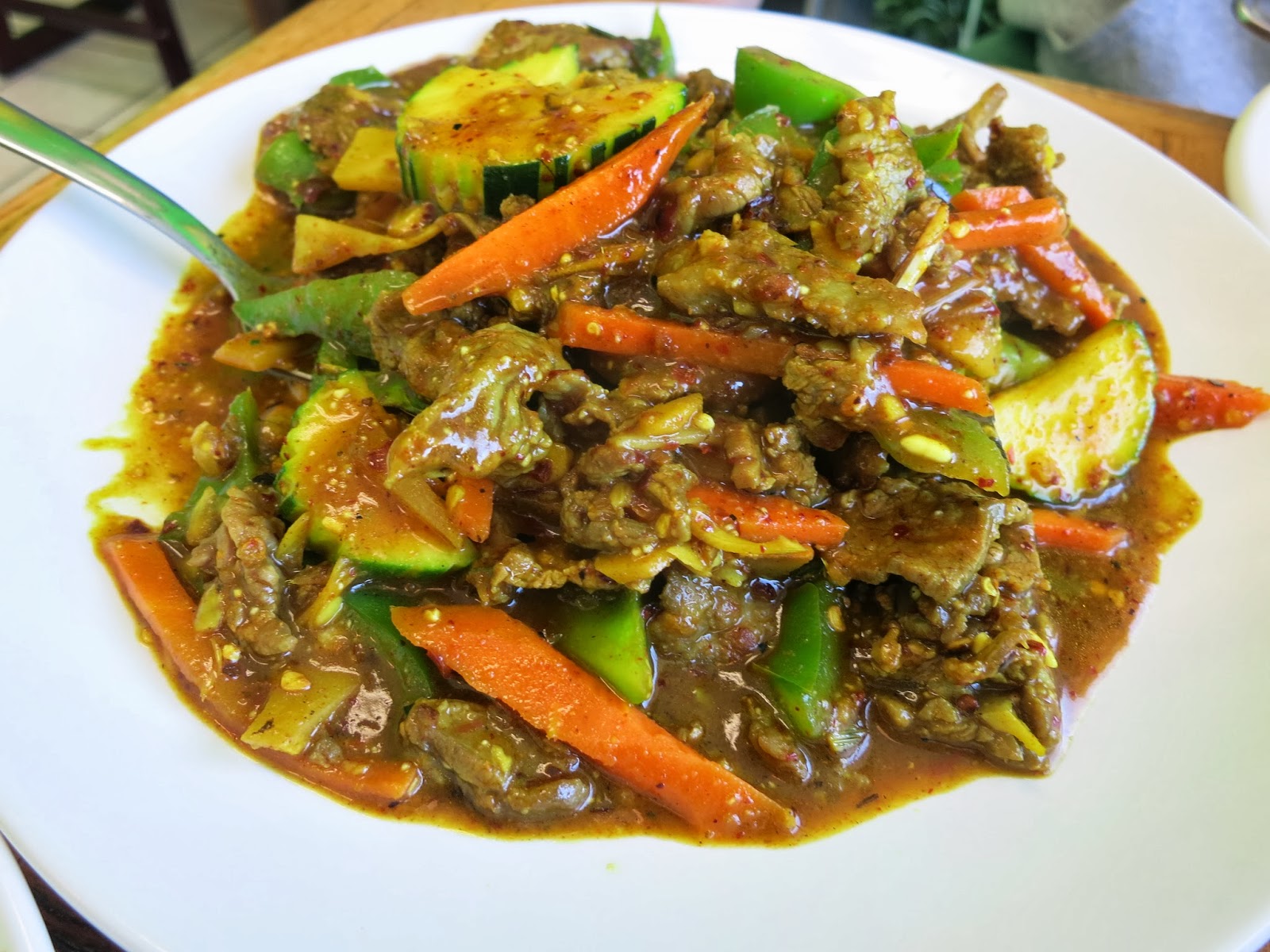