I've been driving by Central Starlite at the corner of Fullerton and Central for a long time now. I think it used it go by George's Starlite but he must of sold it off as it seems to have transformed from a Greek Diner to a Mexican owned one. The menu still has your typical breakfast standards, including the famous ham off the bone mentioned on the outside sign. While parts of the menu have changed, the inside seems to be the same. 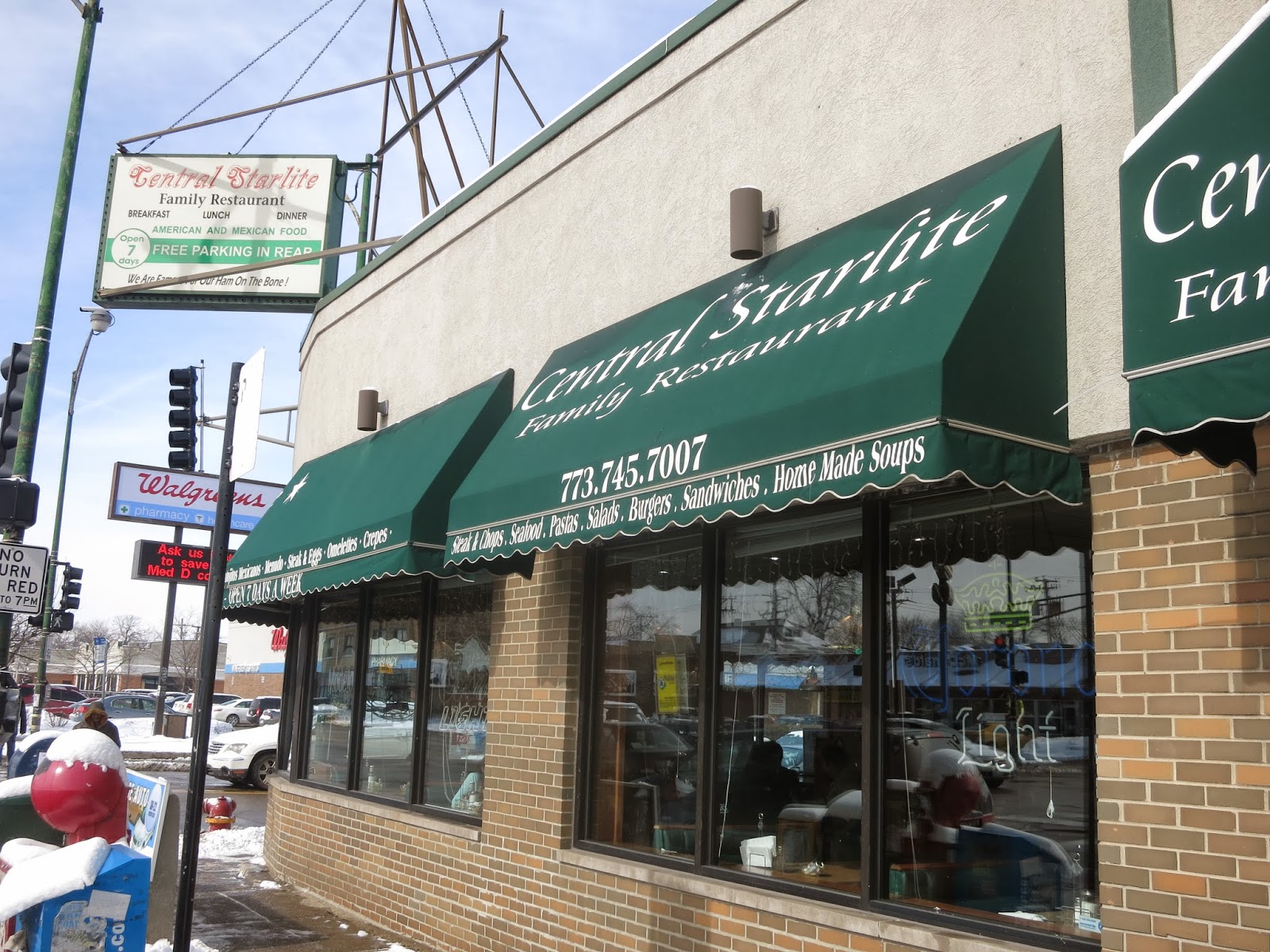 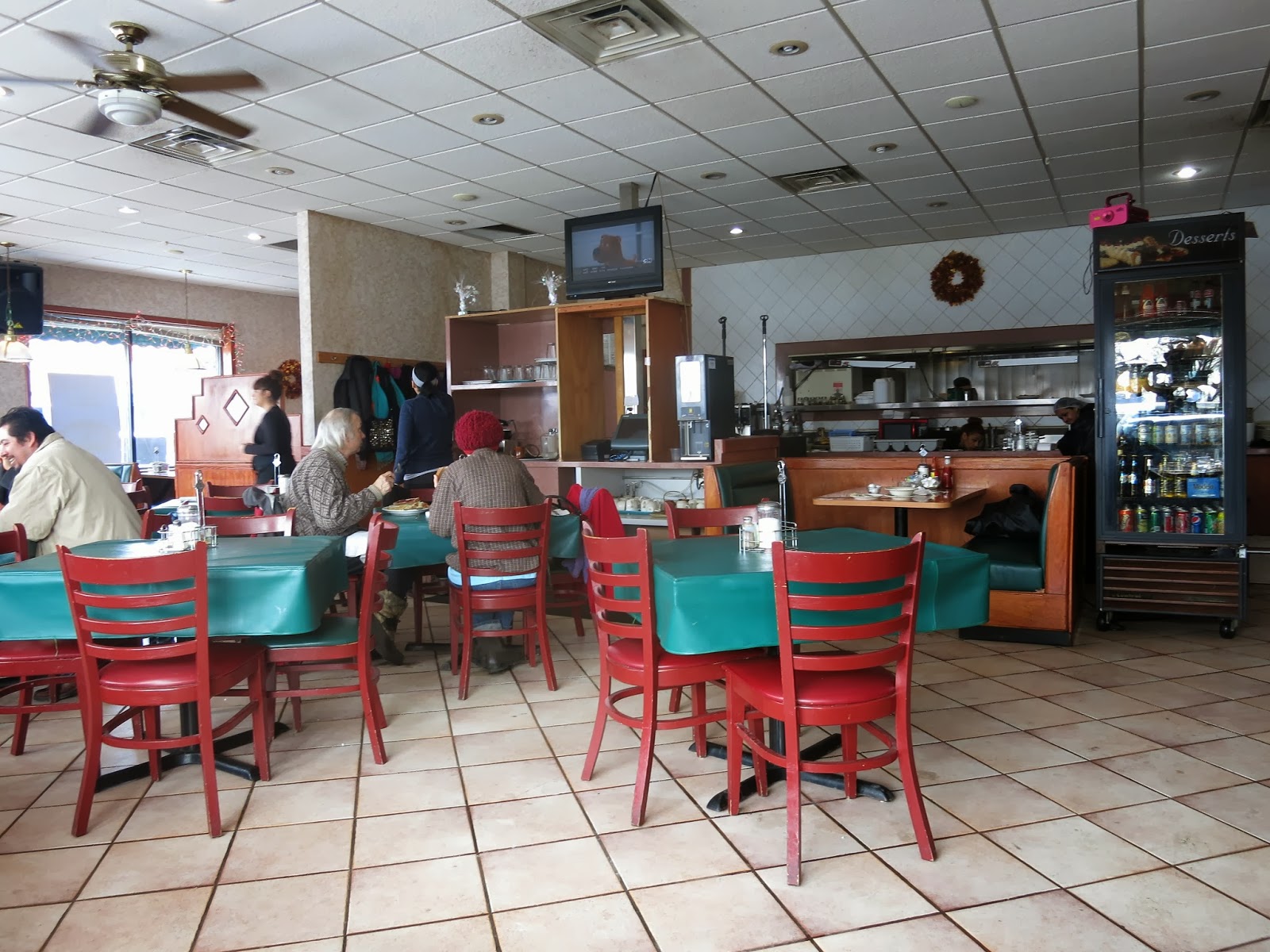 The aforementioned ham off the bone was always on my radar. Driving west early one morning this past weekend I was looking for a place to stop for a breakfast sandwich of some sort as I had the taste for one. Refusing to settle on McDonald's I patiently waited for the right place to pop up and Central Starlite did as I approached Central avenue. There's plenty of seating options in the two room diner. It was pretty packed inside with many families and longtime regulars finishing up when I was starting. I always see this as a good sign. Specials of pozole and other Mexican staples were tempting but I opted for their famous ham off the bone with two eggs (over easy) and hash browns. While it may look like it came with traces of blood, that's just the Mexican hot sauce from the table that I threw on my eggs. What I got was about everything I could want. Three beautiful pieces of ham with perfectly cooked eggs, the hash browns were average but I've come to expect that from most places. Always a pleasure when you can start your day by killing an early morning crave. 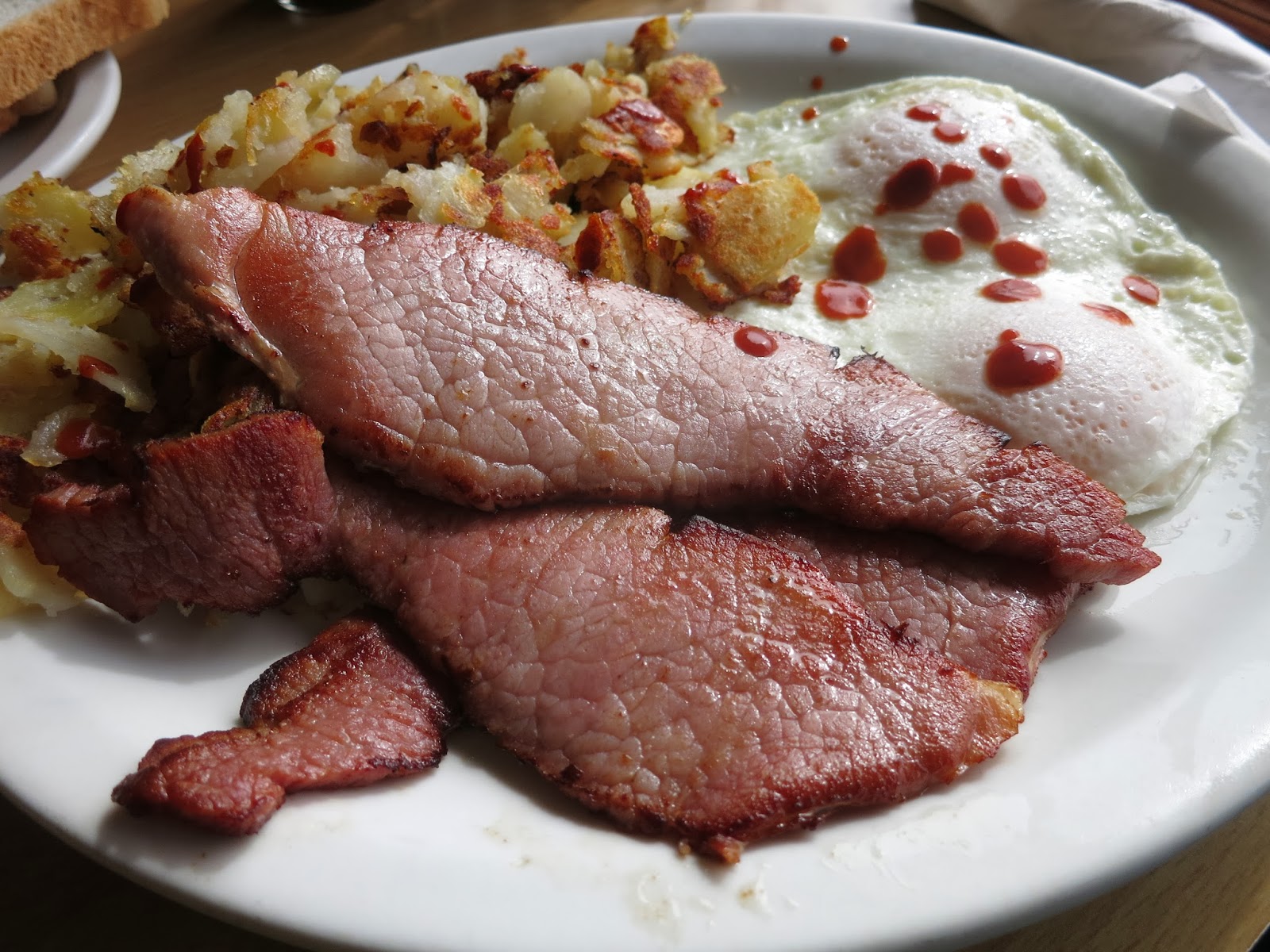 Ham off the Bone and Eggs