-Grubbing in Chicago
Vietnamese Soups across from Home Depot

It's Monday as I type this so I do so with anticipation of what's coming on Wednesday. Will it be the coldest day in Chicago ever recorded on record? I don't know. But I do know it will be bitter cold which means it'll be a good time for some soup. You know who does soups really well? The Vietnamese. One typical food question I get asked more than often then others is where to find great Pho in Chicago. Well seeing as how right now would be a really good time to know - here you go. 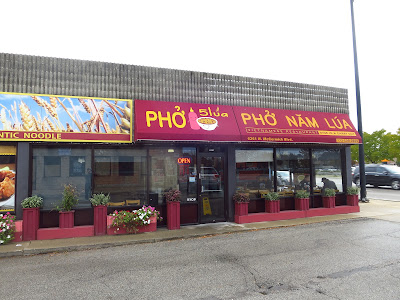 The first thing that might surprise you when it comes to where to find the best pho is the location. It's not on Argyle street. Pho 5 Lua is tucked into a little strip mall off of Lincoln and Devon. I first found out about it through friend of the food world Steve Dolinsky aka The Hungry Hound. Steve and another guy who's a big time fan of Pho set out to try most of the spots in Chicago. Pho 5 Lua was their winner. Others have followed them and declared it the best themselves. I haven't tried nearly as many spots as they did so I'll trust their judgement bc this is a really nice bowl of pho. First and foremost it's fresh. I've seen a full house here on more than one occasion so I'm guessing they make the pho daily. The broth is extra aromatic and the meats are also nice and fresh. As Steve notes it's served HOT. So it too is my answer when people ask where they can find a great bowl of pho in Chicago. 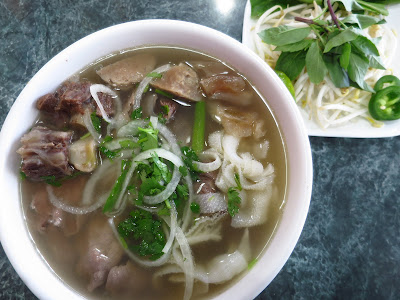