Today we head out towards O'Hare. It's there where the tiny village of Bensenville rests. Hispanic and Latino people make up for almost 50% of the population and thus there's some good Mexican food to be found in town. I first found Los Buenos Diaz on Yelp. Pictures of what looked to be plates of modern Mexican food got me intrigued. I feel that places like Los Buenos Diaz are pretty common in the Chicagoland suburbs. Modern Mexican restaurants with nicely stocked bars that sit in strip malls. This is probably bc of Mexican foods boom here in the US over the last few decades. 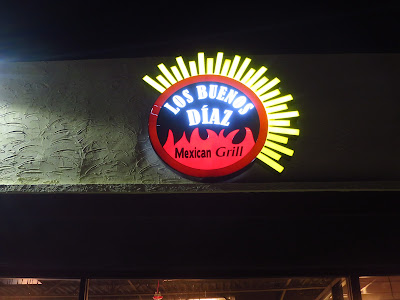 It doesn't take much to get me into your Mexican restaurant. A menu of tacos featuring housemade corn tortillas is always a good draw. Los Buenos Diaz lists their tacos as sets but the bartender had no problem letting us order as many individual ones as we pleased. I tried both a fried fish and also a cecina. I was very pleased with each of the tacos as they were anchored by the previously mentioned tortillas that were full of masa flavor. Overall I'd give both of these a solid 7/10 on the scorecard. 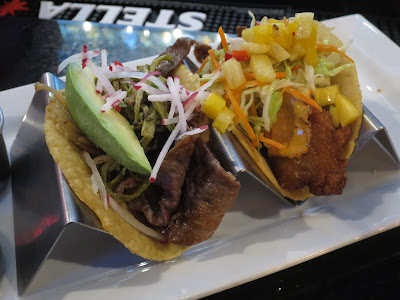 Moving onto the entrees where most of the plates are in the $15-$20 range. The carne asada looked great in the pictures and came rec'd by a friend from the online food world. But they also do cochinita pibil which is one of my favorite regional Mexican dishes. The Yucatan style pulled pork is traditionally braised in lots of citrus and achiote paste. If you're following recipes to a core it's usually cooked in the ground but not many US restaurants practice that technique. You'll always find pickled red onions served atop cochinita pibil as well as black beans on the side. I liked the pibil from here but felt like it was missing something though I cant quite pinpoint what that was. That said when I made tacos out of the pbil and black beans with the tortillas supplied on the side they were delicious. They also give you two different housemade salsas that produce real deal heat. A very satisfying meal. #EatDaBurbs 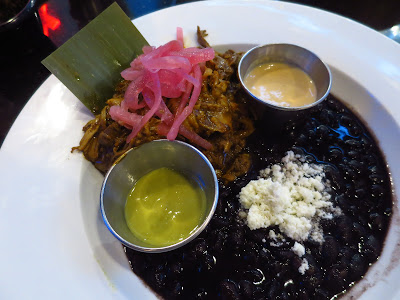