There's been a little mini boom in Cuban restaurants opening up. One of the more low key spots is called Sazon Cubano on Fullerton across the street from Hanson Park. They opened maybe four months ago and aside from Cuban food they also have some Puerto Rican favorites likes jibaritos. 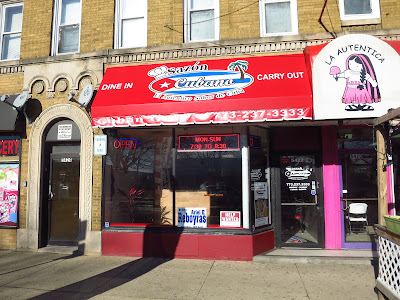 Sazon Cubano has a fairly large menu with more than a handful of categories. One of the obvious ones would be sandwiches. Though I'm kind of past ordering Cuban sandwiches in restaurants. Unless I see something that lets me know this place is making them two steps above everyone else. That's bc it seems like everyone else is making them average at best. Instead I opted for a ropa vieja aka old clothes sandwich. The nickname is in reference to the beef that gets shredded in tomato sauce. Often times it's from a previous dinner. Sazon Cubano makes theirs fresh for both sandwiches and also dinner plates. It makes for a damn tasty sandwich although I felt like it was missing some crunch and thus either some shoestring potatoes or even better some giardiniera would make it great. 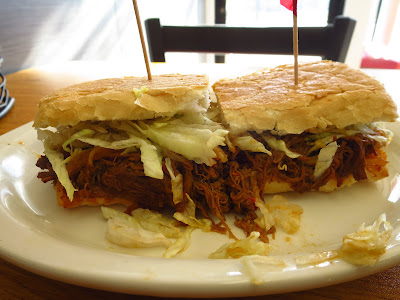 There's plenty of items on the menu that look worth a try. But it would be hard to be more satisfying than the Cuban fried rice. For under $10 you get a ginormous plate of fried rice made with traditional Cuban yellow rice. It's mixed with peppers, onions, plantains, and your choice of meat. The pork is little slivers of meat that get well browned in the wok. As far as bang for your buck goes this is easily two meals. I found it to be quite addicting. I've already had a few cravings for some more. Good spot. 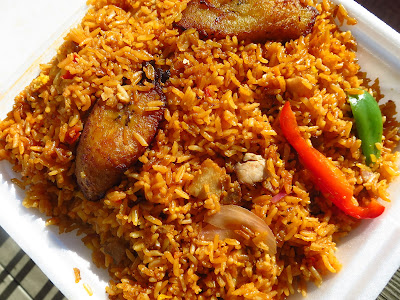