There was a small flurry of restaurant openings near the end of the 2018 calendar. Some of them I got to before the year ended and some I still need to scope out. We stopped into Two Lights Seafood in Old Town a day or two before the year had ended. It's located on North avenue in Old Town where they could use some new blood. Two lights felt like so many other restaurants I've visited in the States. This isn't really to fault them as they all pretty much feel the same these days. You can expect much of the same with the menu which focuses on seafood. So of course they have an oyster bar, some crudo, and of course a cocktail menu. Two Lights is from owners of Tortoise Supper Club. 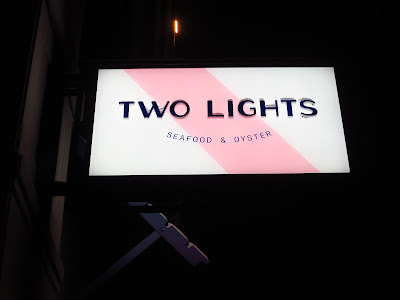 Our visit to Two Lights was a tale of two categories of dishes. Delicious and just ok. Starting with some of the delicious is an order of excellent clam chowder. I consider myself a big time fan and experienced eater of the New England classic. It was my favorite food at some point in my youth. If they had some sort of takeout window creating easy access to this I'd get some to eat at home. 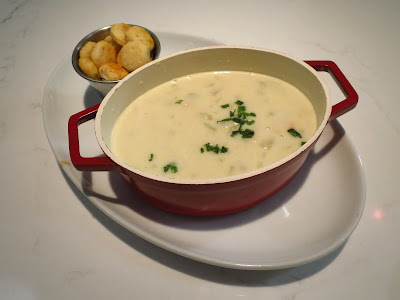 Now for the just ok. While sitting at the bar we saw what looked like a really nice plate of onion rings. I guess they were something else bc we got a plate of something different. These were thinly cut and lightly breaded which is becoming pretty popular. The problem is that style is always extra greasy. 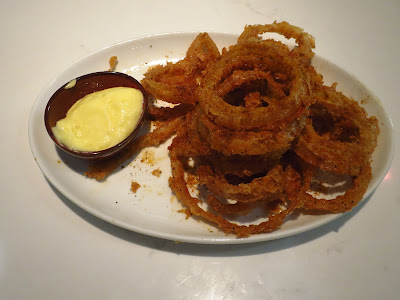 Next up we have more just ok. On paper the idea of Tiradito was a good one. It always is as long as the Peruvian-Japanese favorite is done right. Tiradito is thinly sliced fresh fish that isn't sauced until it goes on the plate. The sauce of course can vary but like ceviche it's usually citrus dominated. Tiradito when done right should make your tongue tingle and want to dance. It's lighter than ceviche but in many ways much more fresh and flavorful. Except this was pretty bland compared to others I've tried. 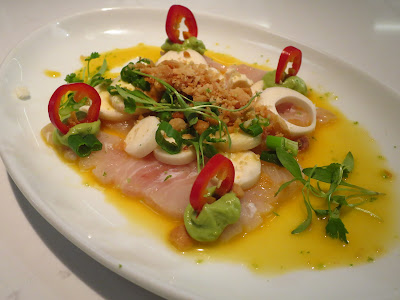 We did however get to end with a very nice plate of octopus. In fact it was one of my favorite plates of a two day span that saw us hit seven new spots. Described on the menu as grilled Spanish octopus it also had some fresh Greek flavors going when mixed with the salad made of tomato, cucumber, onion, and Feta. This was cooked perfectly to where a spoon easily broke pieces of the octopus off. I don't live anywhere near Old Town and parking is a bitch but if I had easier access to this dish I'd eat on the regular. The question is would it prove to be consistent? That's the tricky part. Until next time. 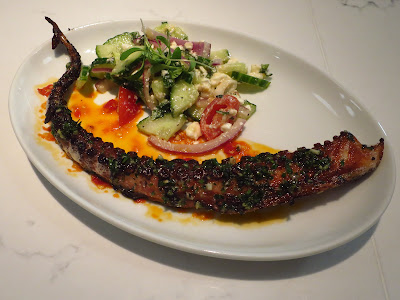