The first time I'd heard of Munno was via a written piece at Fooditor. A tease to the story promised the reader the chance to learn about the best unknown restaurant in Chicago. Or something to the likes. There aren't too many spots I don't know about so I clicked and sure enough came to learn about a new to me Italian restaurant located on Clark street just across from the locally famous Carol's Pub. 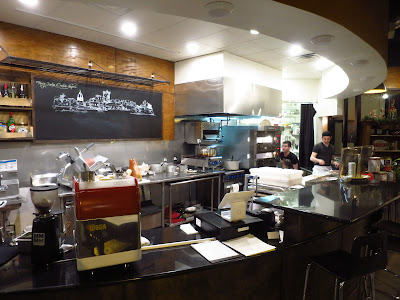 Munno opened last May at the bottom of a newly built apartment complex. For whatever reason it squeaked through the cracks of local food media, well whatever is left of it anyway. That said Chicago is a big city so some places tend to slip through the cracks of Eater, Chicago Magazine, and others. Luckily we're blessed with hyper local coverage from the likes of Fooditor bc without that article I'm still not sure I'd have known about what's one of the best low key Italian restaurants in the city. From what I can can gather the biggest reason it hasn't lifted off to the likes of Eater's hottest restaurants in the city list is the location. But those who head over to what's basically the area of space in between Andersonville and Ravenswood will be rewarded with some fantastic pizza and pastas. As the Fooditor story states they wanted to create something that felt like a neighborhood spot in Italy. So they make a handful of pizzas and offer a handful of pastas both of which were wonderful on a recent winter night. The pizzas are Neapolitan style but are made in an electric burning oven that reaches up to 850 degrees. This might piss some purists off but I thought the pizza we were served was one of the best pies I've had in a while. I couldn't believe how good it was. Not bc I didn't think this place was capable of making a delicious pizza but bc I really hadn't heard anything about it. Usually if a place in Chicago is making pizza this good it gets popular pretty quickly. Super legit. 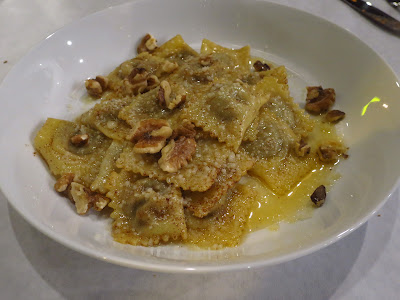 The same type of care put into the pizzas is given to the pastas. An order of Ravioli ai Funghi was stellar. Little pockets of handmade ravioli are filled with a mushroom and Parmesan filling and cooked in a brown butter sauce with toasted walnuts. This dish felt like it was something I would eat at my local trattoria if I lived off in Italy somewhere. With it being the dead of winter an order of Maltagliati alla Genovese is a really strong play these days. Hand-Cut pasta is covered in a Neapolitan beef and onion stew sauce. This was something I could eat it every day the temperature dips below 40 degrees. I like the approach they took with the menu. It allows the handful of items on offer in each section to shine. If you pay attention to them on instagram you'll notice they have a pretty regular rotating list of specials. Don't sleep on Munno much longer. Food this good cant hide forever. 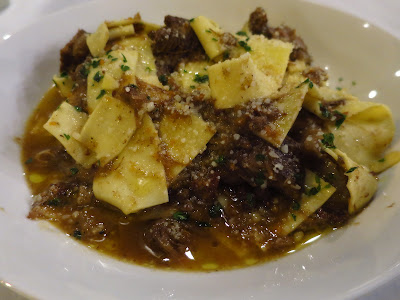