I have an ongoing google maps guide for my trips to Dallas to visit the in-laws. There's a spot in Plano that's on it called Gao's Kabob. I hadn't gotten the chance to try it yet but I liked the idea of a Chinese sports bar. Then one day when riding around in Chinatown I noticed a sign for a new place opening up and the name immediately rang a bell. Gao's Kabob was coming to Chicago. This was exciting news. If for anything bc the neighborhood itself continues to grow and it has nothing to do with gentrification. According to research I did this is the third US location of Gao's. The other two are both in Texas (Plano and Houston). I cant quite pinpoint exactly where in China they're from but the menu is very Northern Chinese with the kabobs leading the way. Crawfish ala Ghost st. in Beijing is also big here. 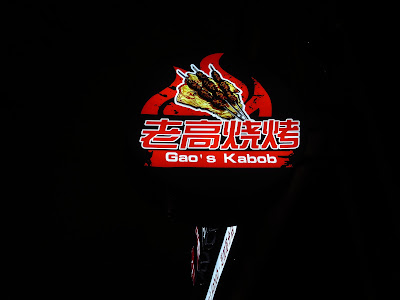 Gao's is tucked away on 22nd street. Thus it hasn't really taken off with the Anglo's. That said the younger locals have been all in since it's opening. Which had prevented me from trying it until a few weeks ago when we noticed they were almost empty. Well within a half hour of being seated the place was packed with large groups dining on large trays of kabobs. The menu is a full page front and back. It's broken down by kabobs and also some non-kabob menu items. On my first visit they were out of just about all the non kabob menu items. Bummer but as I later learned on more recent visits the kabobs are what you're there for. At least they're what everyone else is there for. Of late they've been giving tables edamame and boiled peanuts with hints of star anise in each bite, a delight. 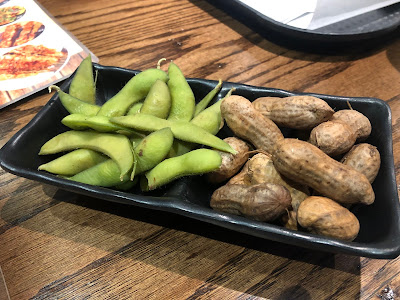 I wasn’t sure what the "WangZhang" was on that first visit. But I ordered them bc they were listed first under the house specials. Turns out they’re fried hot dogs dusted with dry chiles. I liked these more than I care to admit. In fact I’ve already been back for more hot dogs. They slit the dogs in unison before putting them onto a skewer and dipping the skewer in spicy chiles before frying them. Some of the best junk food in the game right now. All US based fast food outlets should take note.

The hot dogs in the picture up above are shown with the rib skewers. These are little bone-in bite size pieces that are also very nice. If not the hot dogs the best skewer there might be from a little specials menu at each table. They're called HongLiu lamb skewers and they're cooked on some sort of twig. The lamb itself is nice and fatty but also rendered just right. They have a little red spice shaker at each table and it’s full of lip smacking deliciousness. This is what makes the lamb skewers so good. 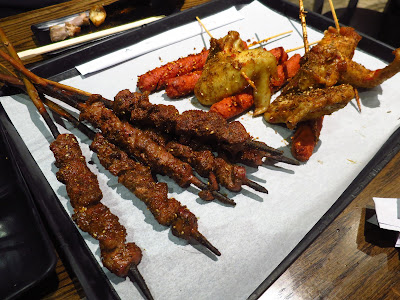 HongLiu Lamb Skewers (chicken Wings and Hot Dogs in back)

I liked the beef rubbed with fat skewers more than the small single bites of beef skewers that come 12 to an order and are cooked to an almost rare temperature. FYI that's intentional and the waiter warned us before putting the order down. The chicken wings are nothing special and not worth the stomach space over the aforementioned skewers. The king eggplant dish was interesting. It's not a skewer and is meant to share. It wasn’t easy to eat and some would probably find the texture unappealing but it did have some good flavors going on. I still haven't been through the menu and I'm pretty sure there's a few more gems waiting for me when I find them. Over on twitter (and instagram) @brian_eng is one of the city's best food follows for knowledge on spots like Gao's. He said he's zeroed in on the pork, lamb kidney, grilled oyster, pork feet, eggplant, chicken cartilage, small lamb. 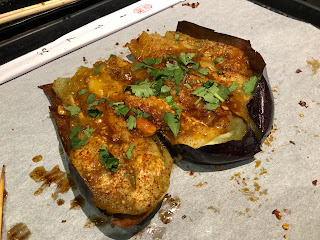 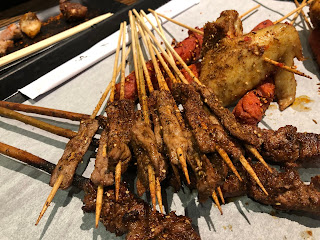 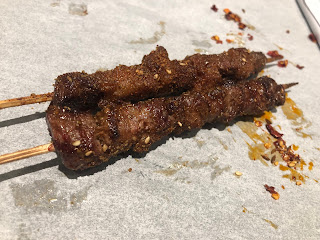