If you still need Valentine's Day ideas how about a legit French restaurant? Something of a rarity in Chicago these days. Even a bigger rarity is the fact it's located in Roscoe Village which might be one of the least exciting dining neighborhoods in the city. Though that may change with the recent arrival of Le Sud. They call themselves French-Mediterranean and they opened in the last quarter of 2018. 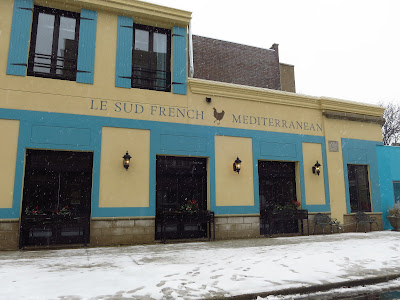 My meal at Le Sud was actually my last meal of 2018. I suggested it for Valentine's Day bc we were able to make a NYE reservation only a few days ahead of the festivities. The space is large taking up almost half of a block and going up with two stories of dining. Travels through the South of France inspired the owner to open up. It's a casual spot with a very appealing menu of offerings. For those that love them some wine it's no surprise to find a very French dominated list. The menu isn't large but there's plenty of items that sounded like they'd be worth trying. A starter bowl of split pea soup was really interesting in that it was unlike most other split pea soups prepared the classic way. The peas were still split but the taste was different than I'm used to. Nice big pieces of pork in there too. 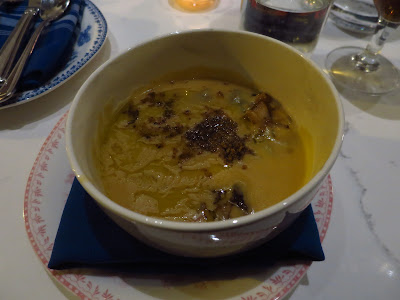 Moving on I always like to try grilled octopus when it's on the menu. Though the gap in quality can vary quite differently from spot to spot. Some places can make the most tender of tails while others serve rubbery pieces that seem more like elastic. Le Sud was somewhere in between. I've had more tender bites but I've also had chewier ones too. This wasn't a complete miss but you can pass on it. 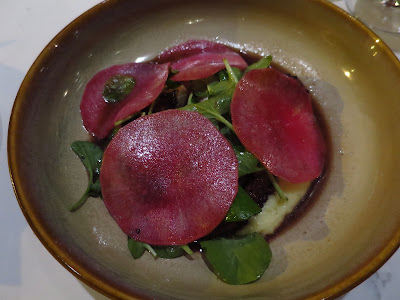 The sunchoke is having a moment in restaurants right now. They're a big knobby root vegetable so no surprise to see them popular here in the middle of winter. We went with Le Sud's offering on the rec of our waiter. Well he led us in the right direction bc we loved the roasted flavors these released. 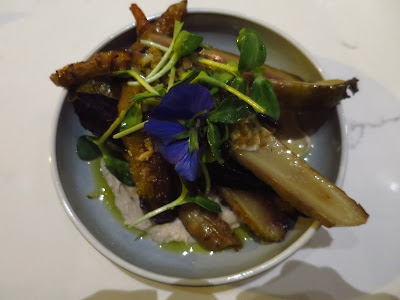 My favorite dish of the night was a bowl of baby clams paired with pork. This is more times than not a winning combo which it was at Le Sud. I appreciated the fact the baby clams were extra fresh and cooked perfectly. They were mixed with little chunks of pork and garlic in a slurp worthy broth. 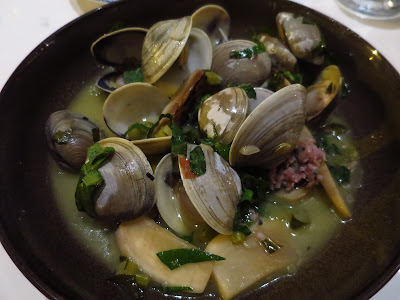 Lastly was a special on offer that very much caught my eye. It was shredded lamb meat mixed with beans and black truffles. It wasnt exactly as I had envisioned when it came out but nonetheless it was a delicious dish on a cold winter night. I pretty much love any type of casserole with beans in it. This rounded out what was a fantastic dining year for yours truly as well as my plus one. Au revoir. 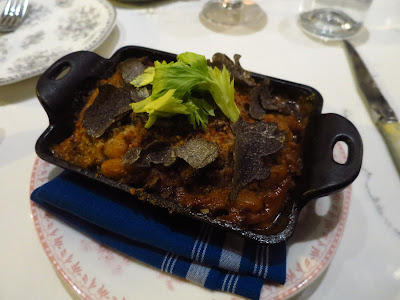