One of the hottest restaurant openings in the past six months has been a little BBQ place that integrates Asian flavors called Smalls. You may remember the Brown Bag Lunch truck which was ran Joaquin Soler, he's one of the men behind Smalls Smoke Shack. This is a place that lives up to it's name over in the Irving Park neighborhood. Why? It's small. There's maybe space for four to eat inside but that hasn't stopped the masses from stopping by to try some of their smoked meats and fried chicken, both of which come with plenty of heavy praise these days. Important to note that all food can be brought over to Lizards Lounge on the corner. 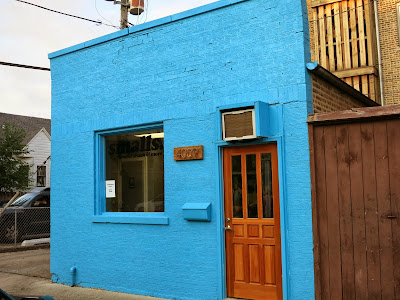 From the second this place opened up shop it's been getting lots of love. Whether over at LTHforum, on my twitter timeline or in articles written by the cities top food writers, everyone seems to lust for it. Well I've been a handful of times and am confident in saying it is indeed pretty damn good. I've gone thru the menu and the only thing that didn't do it for me was the ribs. I really like the pulled pork, especially when its on. My first batch of it from here was some of the best of its kind I ever had. Another trip for it wasn't quite as satisfying but this is how it is for most all BBQ spots. Consistency is tough to master. 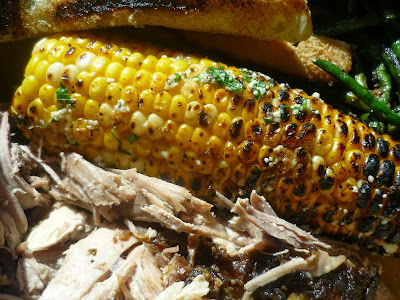 The oddest thing about Smalls for me, is my love for their sides. Rarely is this the case at a barbecue place. I wont call Smalls the best BBQ in the city, although it's very, very good, but I will say they take their sides more serious than most and boy can you taste it. They offer a grilled veggie of the day (always great) and also have some seriously good elotes that come with the perfect kiss of char in each order. Their garlic rice is flat out addictive. The fries are love/hate with their 5 spice powder. I actually kind of like them, surprising since I usually like no seasoning but salt on my fries. Having just come from Texas, I now compare all brisket with the stuff I ate in the Lone Star state. 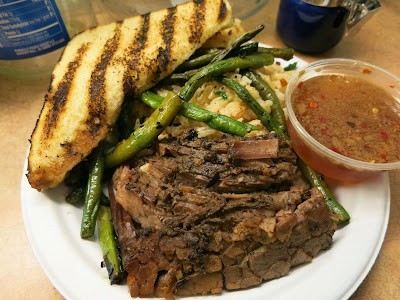 Smalls had good brisket. My only problem with theirs is the same problem I have from everyone else outside of Tejas. Whats up with the small ass slices? I know everything is supposed to be bigger in Texas but at least make the slices more than a few inches long. The garlic spread Texas toast with the brisket meat in between makes an excellent sandwich offering. But my favorite thing here so far has been their Bi Bim Bop. They use brisket and a maple based sauce that makes for some of the most amazing BBB I've ever ate. 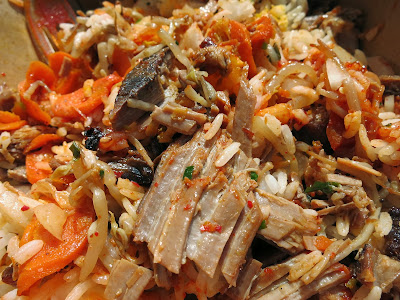 Then there's the chicken. This is what many have gone ahead and proclaimed to be the best not just in the city but the best they "ever had". I cant go as far as to say the fried chicken here is the best ever but it really is some of the best in the city. Its well seasoned and cooked to a perfect crisp. I dont know how they make the breast stay so moist but amen for figuring it out. In a city where fantastic fried chicken isnt something you can find everywhere, Smalls is one of a few trying to switch that notion. So all in all...I like Smalls too! 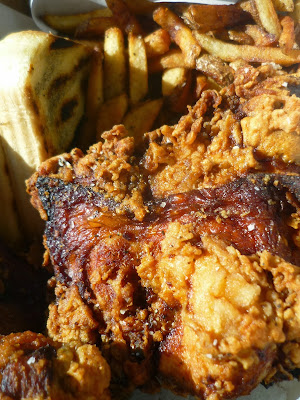