Can you believe summer is almost over? It never comes and goes slow that's for sure. With it came tons of new restaurant openings most all of which were covered heavily by Chicago's food media. Perhaps one of the hottest openings has been Parson's Chicken and Fish on Armitage. Mike Sula from the Reader labeled it the "Hipster Harold's" and I saw this too as immediately upon entry I was watching guys with beards holding a can of Hamms in one hand and a ping pong paddle in the other. 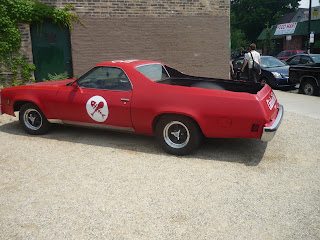 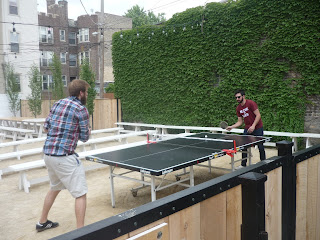 Brought to us by the people behind Longman & Eagle, Parson's is their attempt to recreate the common chicken and fish shacks found on the cities south and west sides, except with a hipsters vibe. Judging by the crowds I've seen when driving by and the buzz I read on twitter they've been able to catch this as their outdoor patio has been of the most popular places to drink and eat in plaid shirts this summer. The problem is though that there's not alot of space inside so when the good weather goes bye bye the fun might go with it. 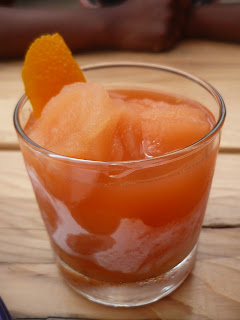 Any and everyone that's reviewed Parson's has agreed on one thing. The Negroni slushes are amazing. They were able to take a machine and create the perfect recipe for a summertime cocktail. I mean its a Negroni in slushie form so whats not to like? Another item I really enjoyed on my visit were the salt cod fritters. Being someone who's traveled the Caribbean a good amount and ate many forms of this dish, I feel confident in saying it's the best example I've ever had. The taste was more than just batter and the spices were just right. 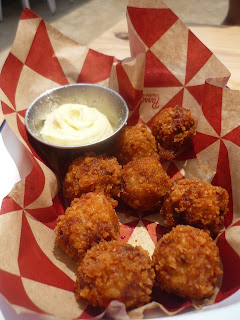 The menu features some other things but you don't go to Fat Burger and order a chicken sandwich. Fried chicken and fish are in the name so you better be coming proper with these. The chicken is brined at first and then coated in buttermilk and spices before getting a toss in seasoned flour and fried. It's good. I'm not going to say it's the best but in a city where fantastic fried chicken is not prevalent it's nice to have around as an option. Paired with an ice cold beer and some sun over summer it's a nice way to unwind. 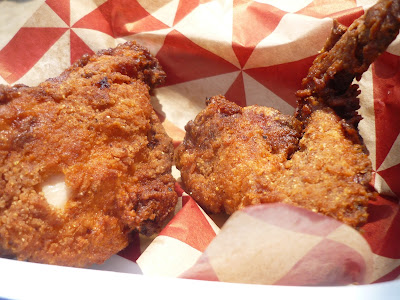 The fish is what I thought to be the better of the two namesakes. The selection changes but its always a cold water species commonly used for fish and chips. While one piece is more like a half of one I thought they did a pretty good job in capturing the taste of a true Chippy aka Fish and Chips shack. On top of some pretty good bar food was the fact the prices were right. No $13 cocktails or what equates to $13.99/lb chicken wings. Everything was in single digits and even better you can order pitchers of the slush to cut back. So I'd say Parson's is a good place to go drink, if that's your main objective, and also eat. See ya next time. 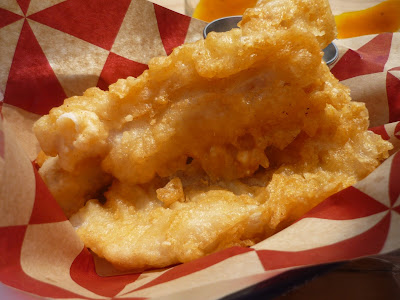