...but we got that great defense.


Yes we do have a good defense but we also have that offense. Like all the experts say and the coaching staff tells us the bears are goin "to stick with their tough running style" and grind it out and not give up turnovers on offense. First of all it really pisses me off when they talk about Chicago Bear style of football, give me a break, Bear style football is the way its been because we have never had a stud QB or freak athlete at wideout and since all of our legends are RB's and defensive players, it is thought that style of grind it out tough nose football is our style.

Folk's if the Bear's had a player at QB with skills like Carson Palmer or athletes at WR like Reggie Wayne or Lee Evan's or any of the numerous jaw dropping players around the NFL then we wouldnt be running that style? get it? our style is the way it is due to the teams lack of being able to draft on offense. So we suck at drafting and scouting them and we dont want to trade for them. Anquan Boldin wants out of Arizona and I couldnt think of a WR that could help Jack and Coke grow at QB more than him. Boldin is an athlete who thrives out of the slot and catches whats thrown at him and has a great YaC. Devin Hester has great downfield speed that would open up the middle for Boldin so he can get open for Orton, who cant throw a great long ball to Hester anyway. Makes sense to me. It makes so much sense that if they brought Boldin in he would probably be our #2 QB on the depth chart. He played QB at Florida St. for a while and I cant imagine he's worse than my boy Rex. 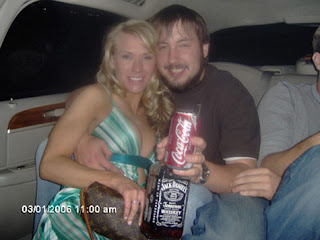 So as long as we have a horrid offense who's best weapon is a player who doesn't know left from right its going to be a long year. Sure I love Devin Hester and he is already the best return man ever and word on the block is that Joseph Forte is the real deal (exact opposite of Cedric Benson) but the only thing I know for sure is that in a division that features studs of now and the future like Devin Hester, Adrian Peterson and Calvin Johnson twice a year...theres going to be some exciting plays. Too bad it'll be another year in which im left dreaming of what we could of been if we had the same stud athletes on offense that we have on defense. 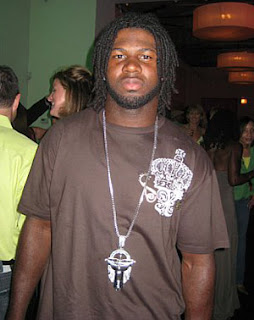 Soldier Boy will provide the entertainment in '08