I got five more Mexican restaurants that fit into the category of American-Mexican dining in Da Region. In case you missed it or cant remember you can see HERE that I've been exploring the areas Mexican food scene as it's rich in it, with many of the spots dating back to the 60's and 70s. I am very aware of what constitutes "authentic" Mexican food but I've been saying it in previous posts, I'm not going to tell the Mexican families behind these spots that their cooking isn't real Mexican food. Instead I choose to place it in the genre of Americanized Mexican which can still be good for those of us who cant ever get enough tacos. Today's five stops are interesting when it comes to them. Enjoy. 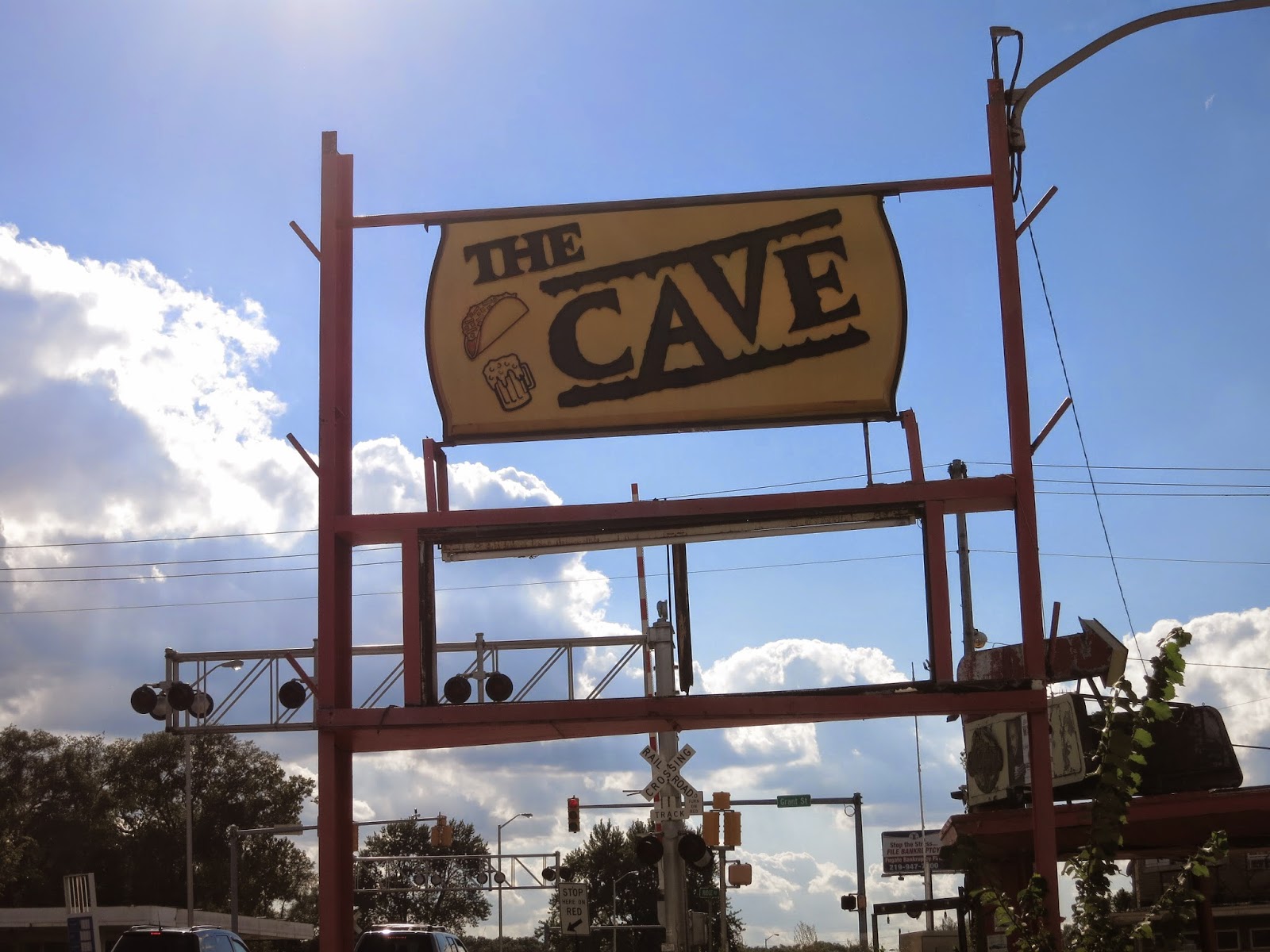 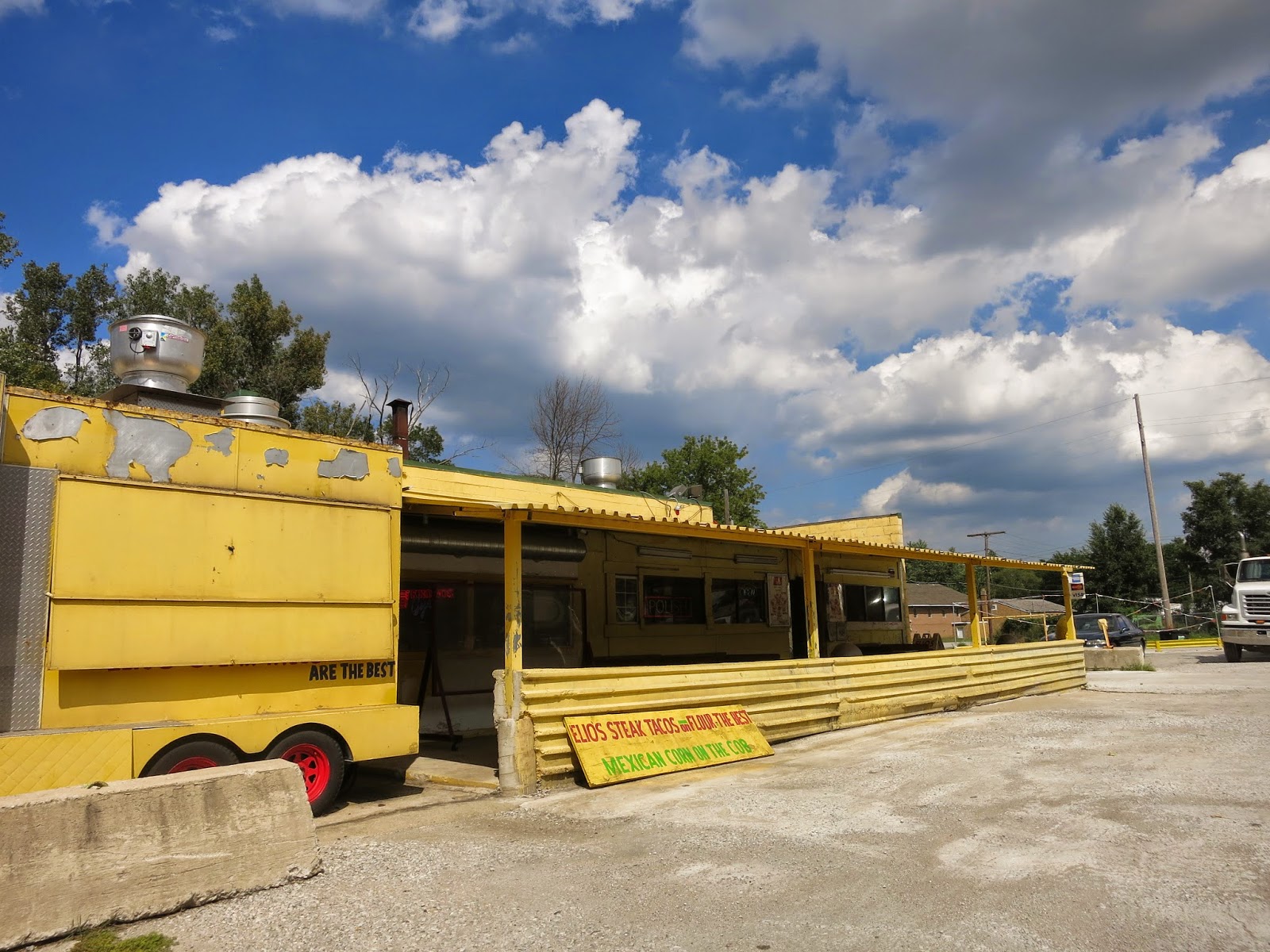 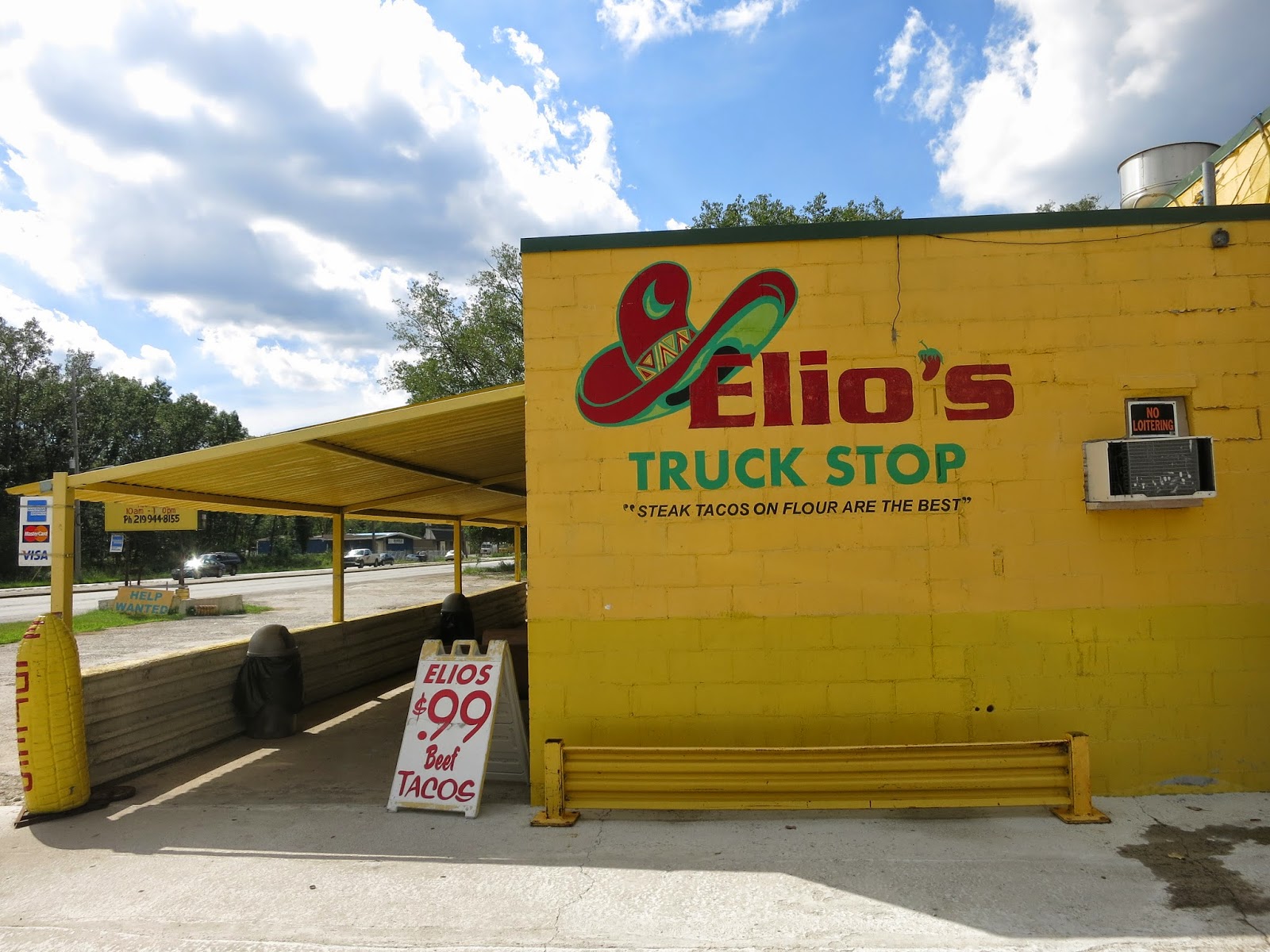 Cruising down US 20 I noticed this bright yellow truck stop advertising both tacos and hot dogs and couldn't help myself from pulling a u-turn to see what was up. Upon pulling in I noticed several signs sporting their slogan of "Steak Tacos on Flour are the Best" and that was all I needed to take my behind inside and try one. This seems to be a San Diego style taqueria that doubles as a Chicago hot dog shack. They have all the regulars from the latter as far as Polish sausage, gyros, Italian beef etc and I also noticed steak fries on the menu but at $12 they weren't cheap and I had no idea of the quality of the meat so I stuck with a steak taco on Flour. Upon opening the wrapper I wasn't high on this one as the meat was somewhat mysterious though not scary enough to dump it. I took a bite and was actually surprised as the flavors and texture were better than they looked. I prefer corn but will never look down on a taco made with a flour tortilla, in fact sometimes I feel like one of them though I usually just make them myself. 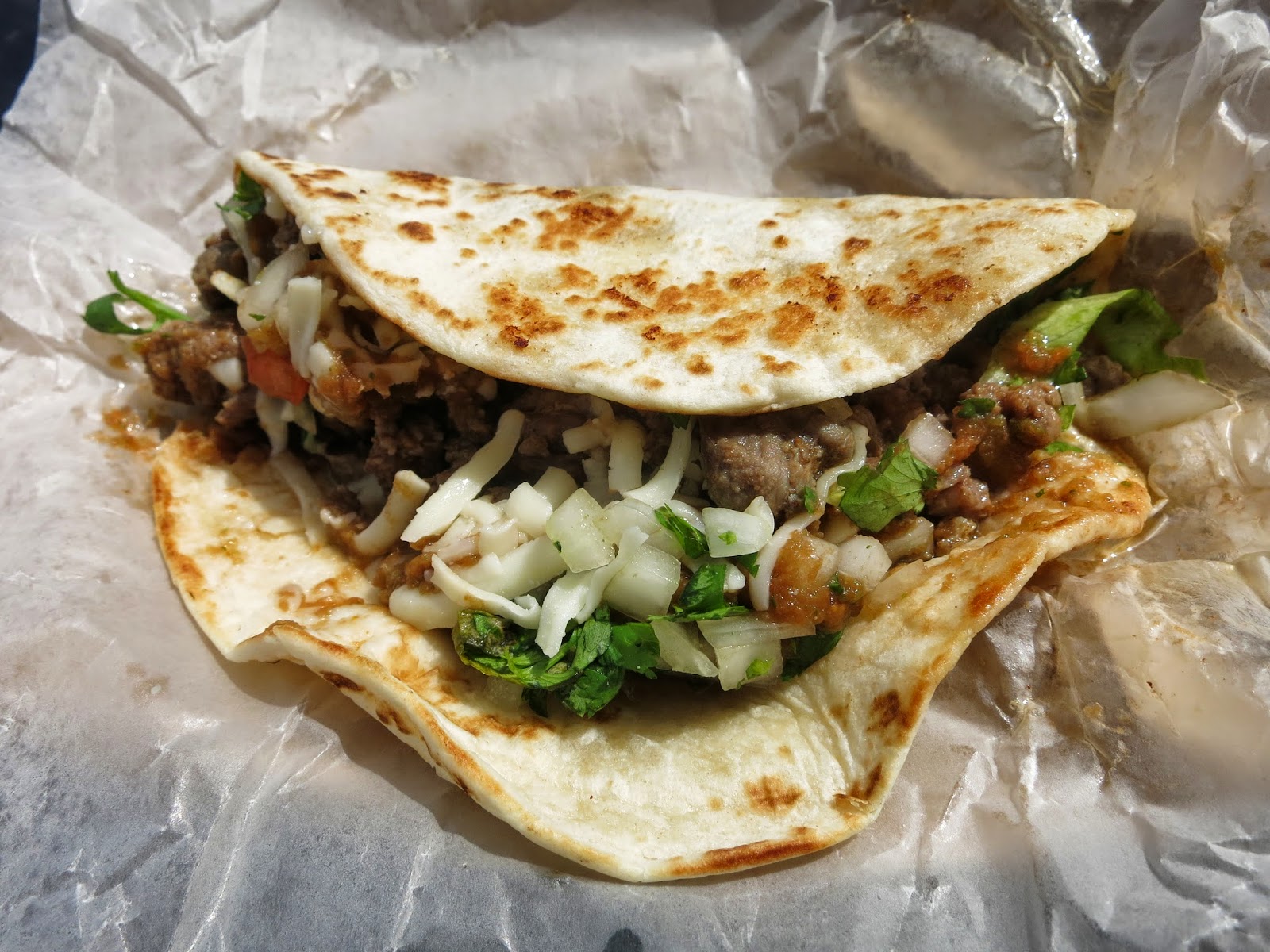 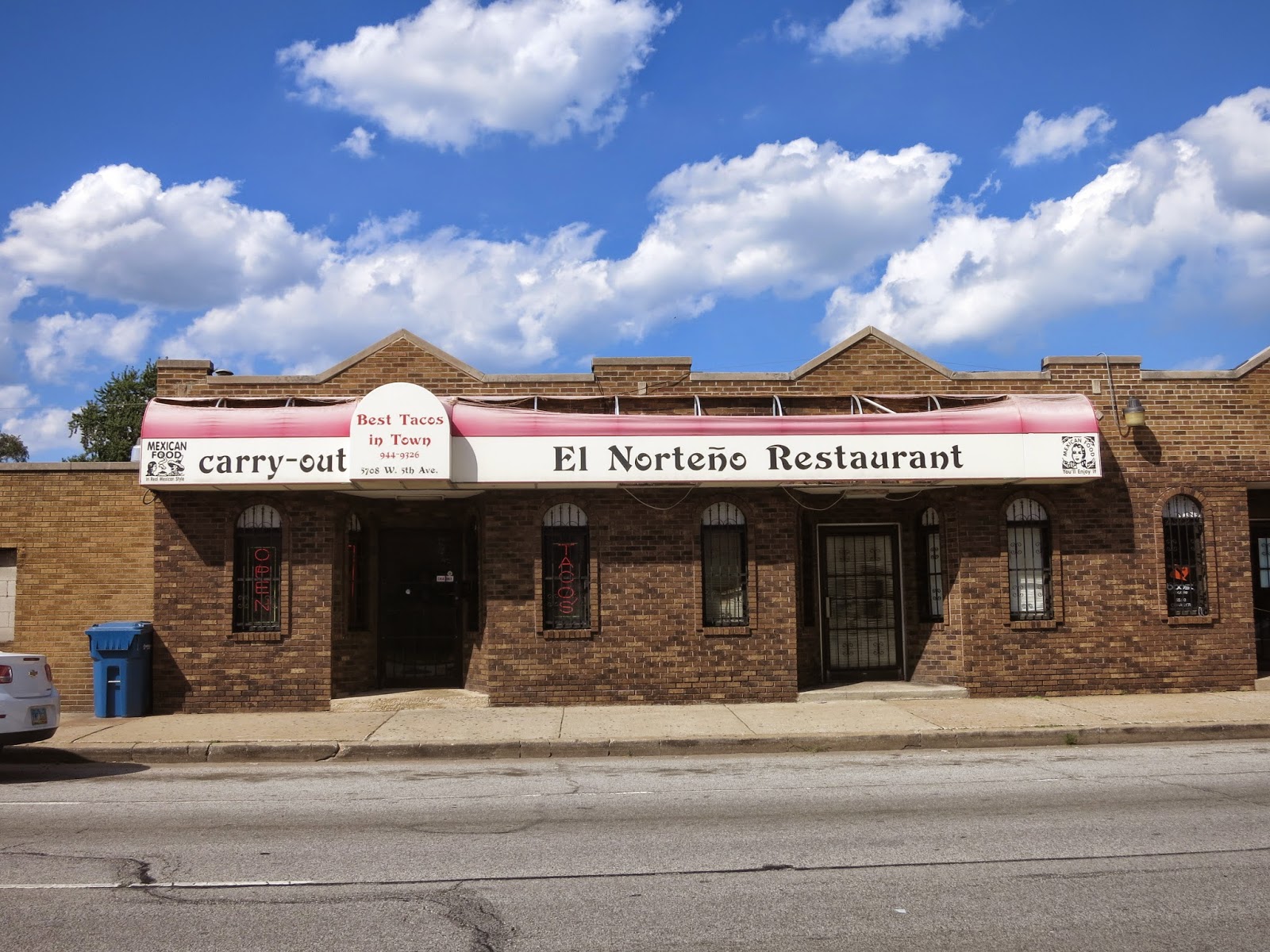 A mile or two down the road on US-20 will take you past this longtime locals favorite. I cant find an exact date when they first opened up shop but believe it was sometime during the 70's. The menu here is pretty small with both soft and hard tacos joining Polish sausage, burritos, tostadas and tamales. I was kind of surprised to see that their tacos are on-par price-wise with the designer tacos of Chicago etc. One "hard" as they're called will set you back $3.01, don't expect a front on the penny if you don't have it. To-go orders are still served on paper plates with some tin foil covering it before going into the bag. I opened this one and soon realized hat these were bigger than your average hard shell taco and also made with thick chunks of potato blended into the ground beef mixture. Shell was freshly fried. As far as American-Mexican tacos go this was a pretty good one in that guilty pleasure sort of way. I wondered why they chose to include just one tortilla chip but figured that out after finishing my taco. You use it to scoop up all the stuff that fell out upon eating. 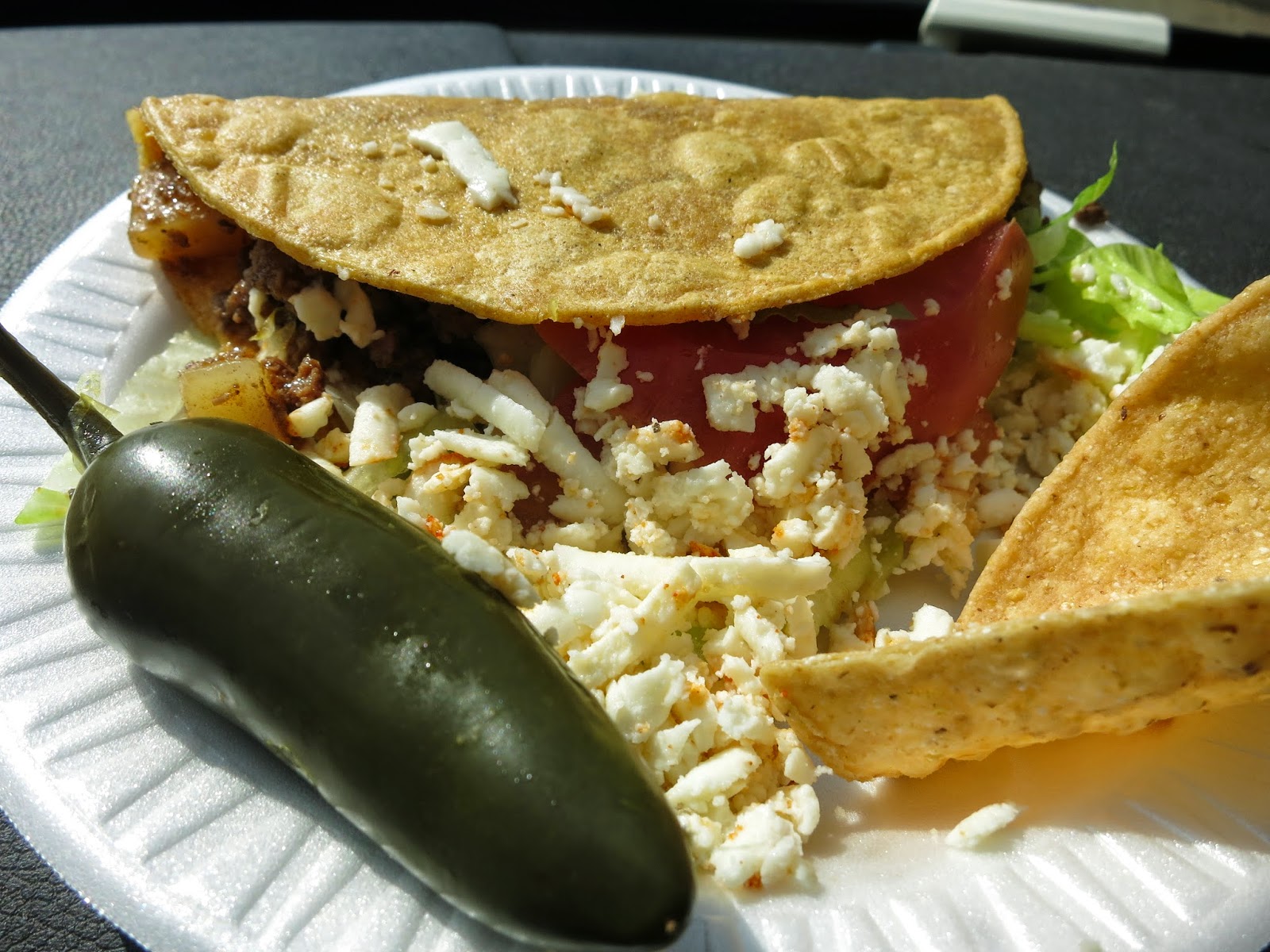 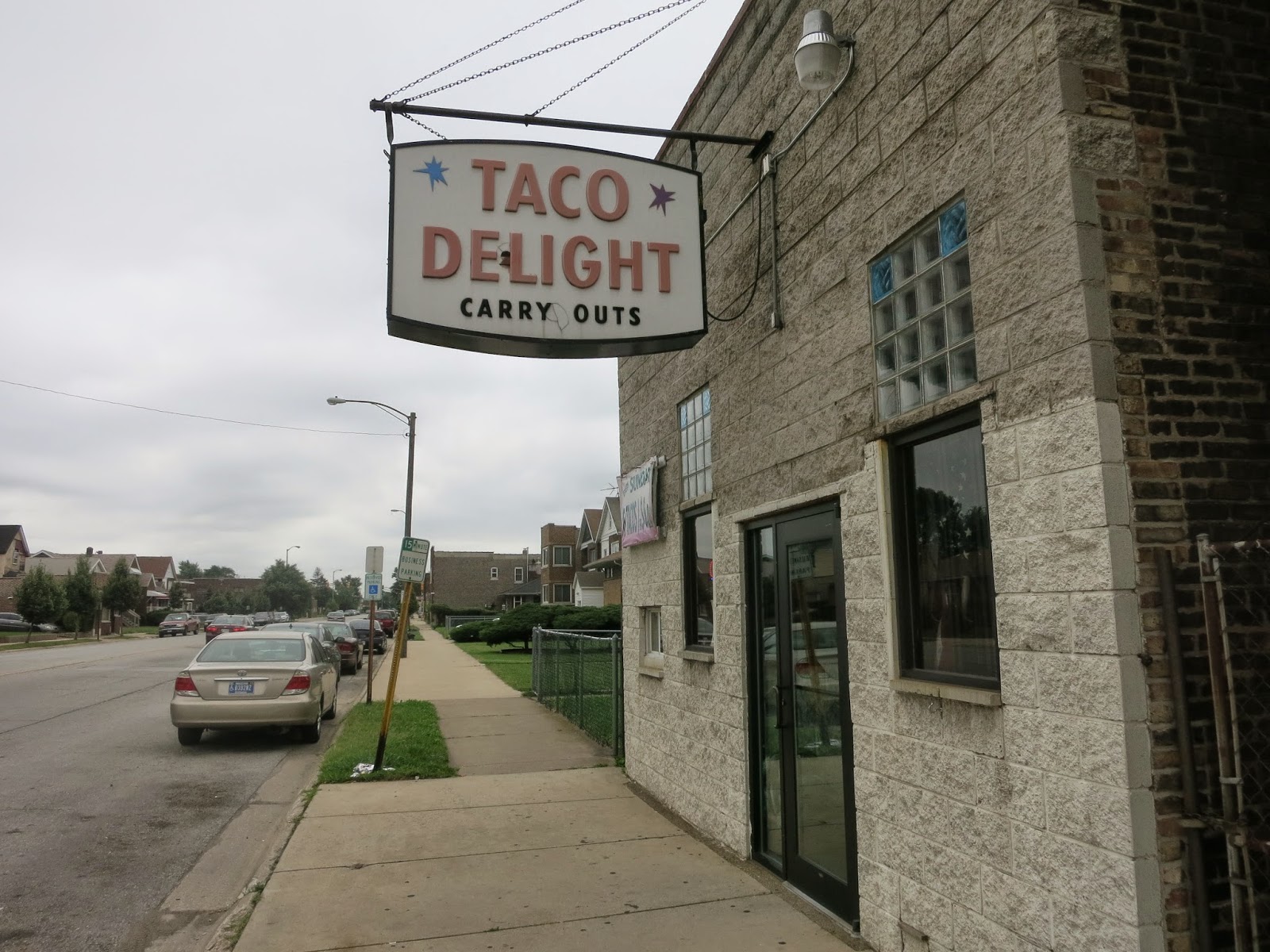 Another longtime locals favorite this is strictly a to-go operation with bullet proof glass separating you and the workers. A sign inside thanks customers for being there since they first opened in 1962. Some online searching led me to believe they were serving the famous deep fried tacos found across the region and I was right. Unfortunately these were the worst ones yet. I couldn't quite pinpoint what was off about them but the beef was dry and tasted lifeless. The red salsa that was more like ketchup didn't help either. Never thought I'd find a DFT I didn't like but that was the case with this place. 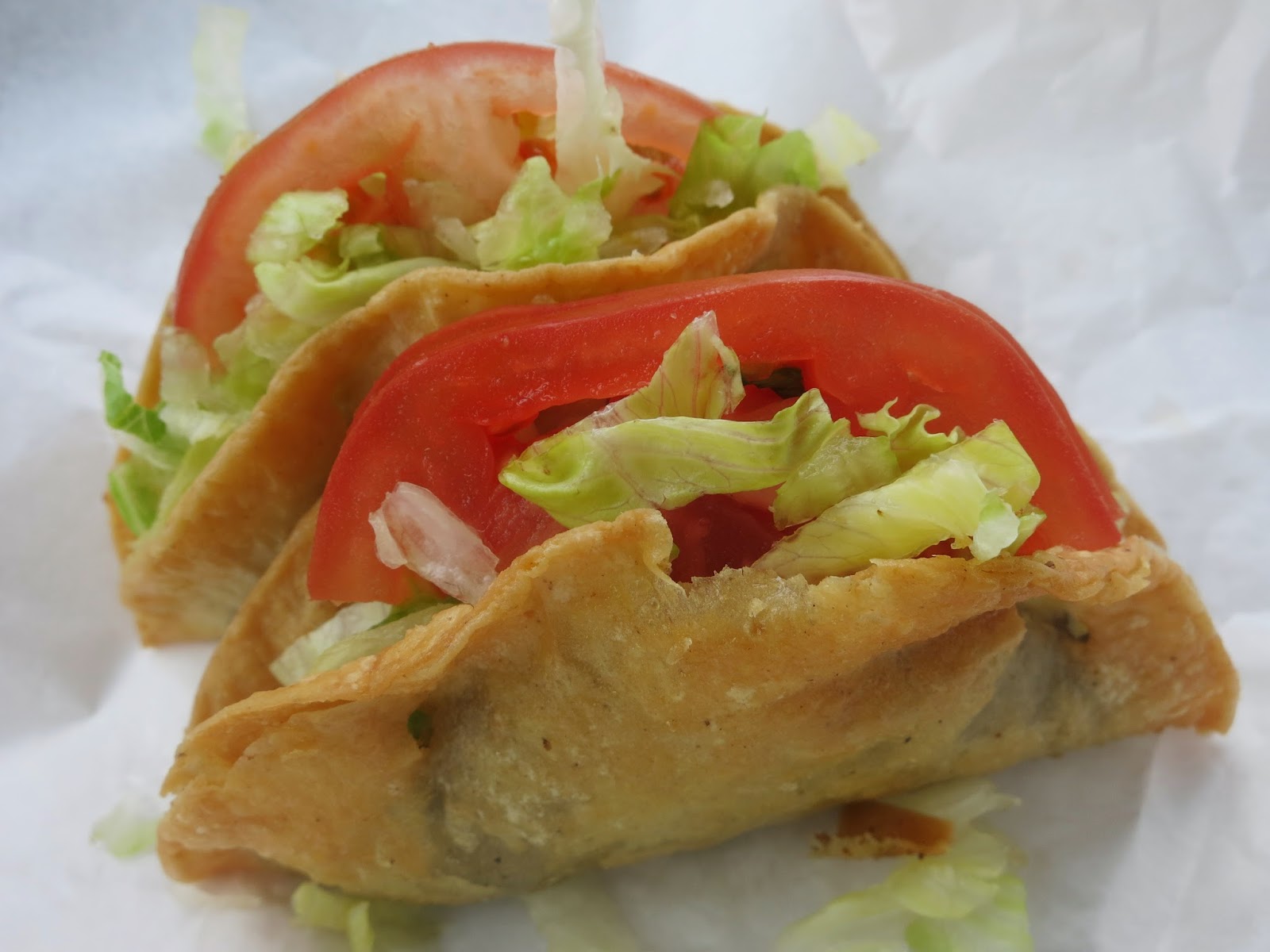 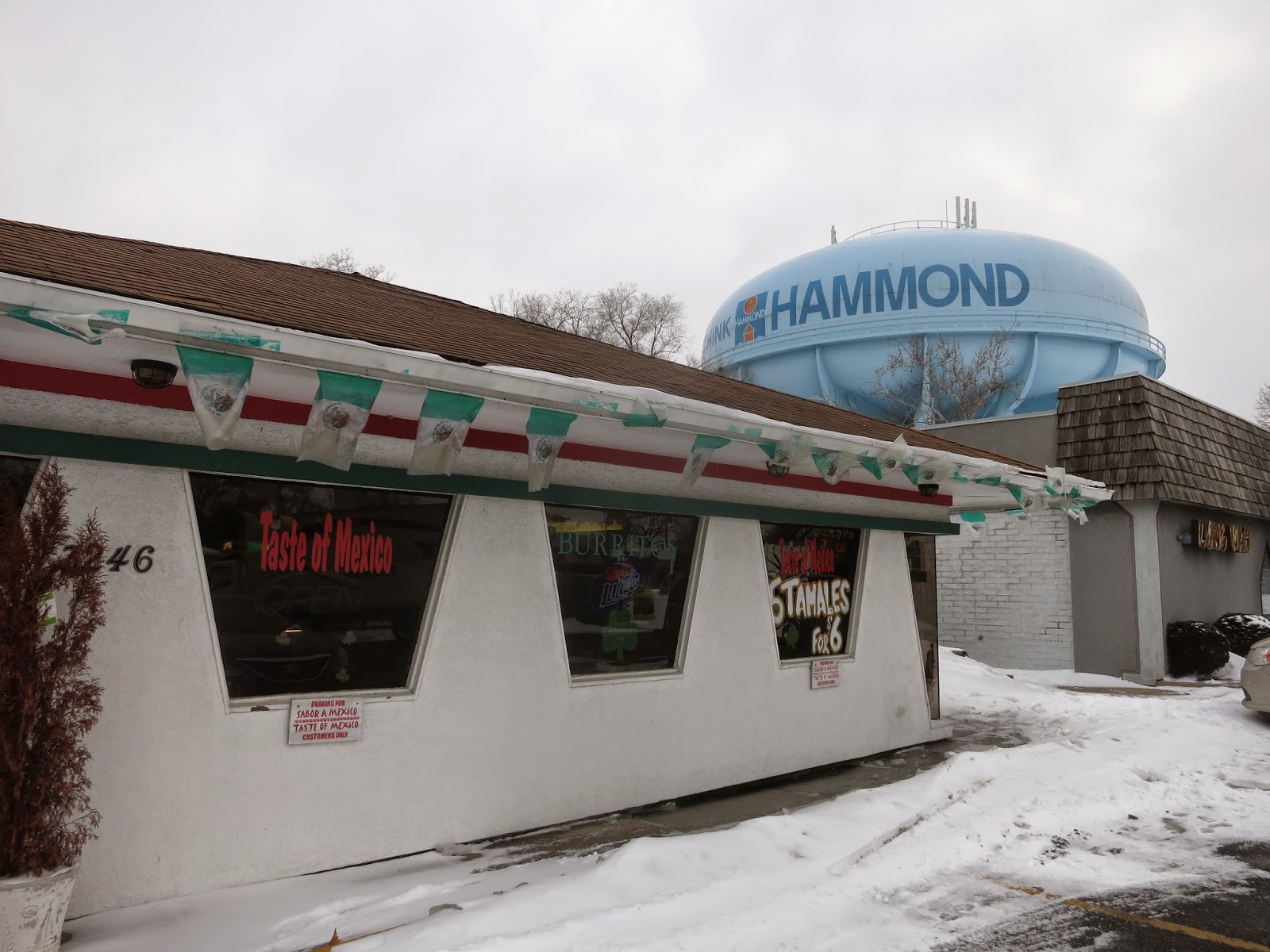 Here's a random spot I came across while working out this way last winter. I noticed them advertising both mexican and Puerto Rican food while driving by and decided to give them a try. I still couldn't figure out if it as Mexican or Puerto Rican owned but I'd put money on the latter as it makes more sense than the other way around. Anyway I noticed something called a "stuffed taco" on the menu and asked about them. These are made by taking two flour tortillas and melting some Muenster in between them and then using the quesadilla as the tacos tortilla. I tried one with pork as she said that was their most popular item and I could taste why. This was really good, maybe not traditional but all I was looking for was good taste and these had that. Pork was aggressively seasoned and extra tender and everything else molded together worked well, I almost went in for another. 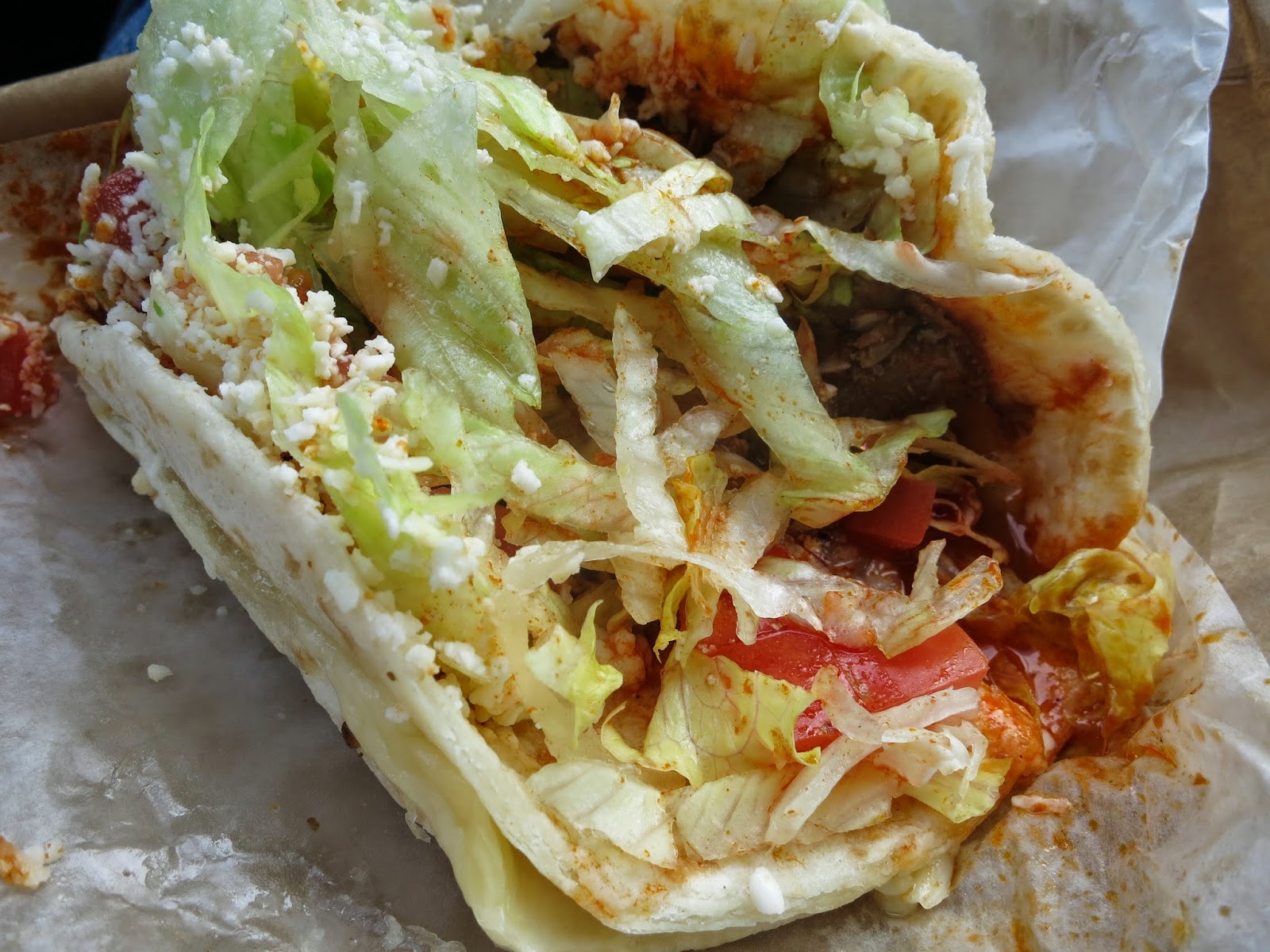 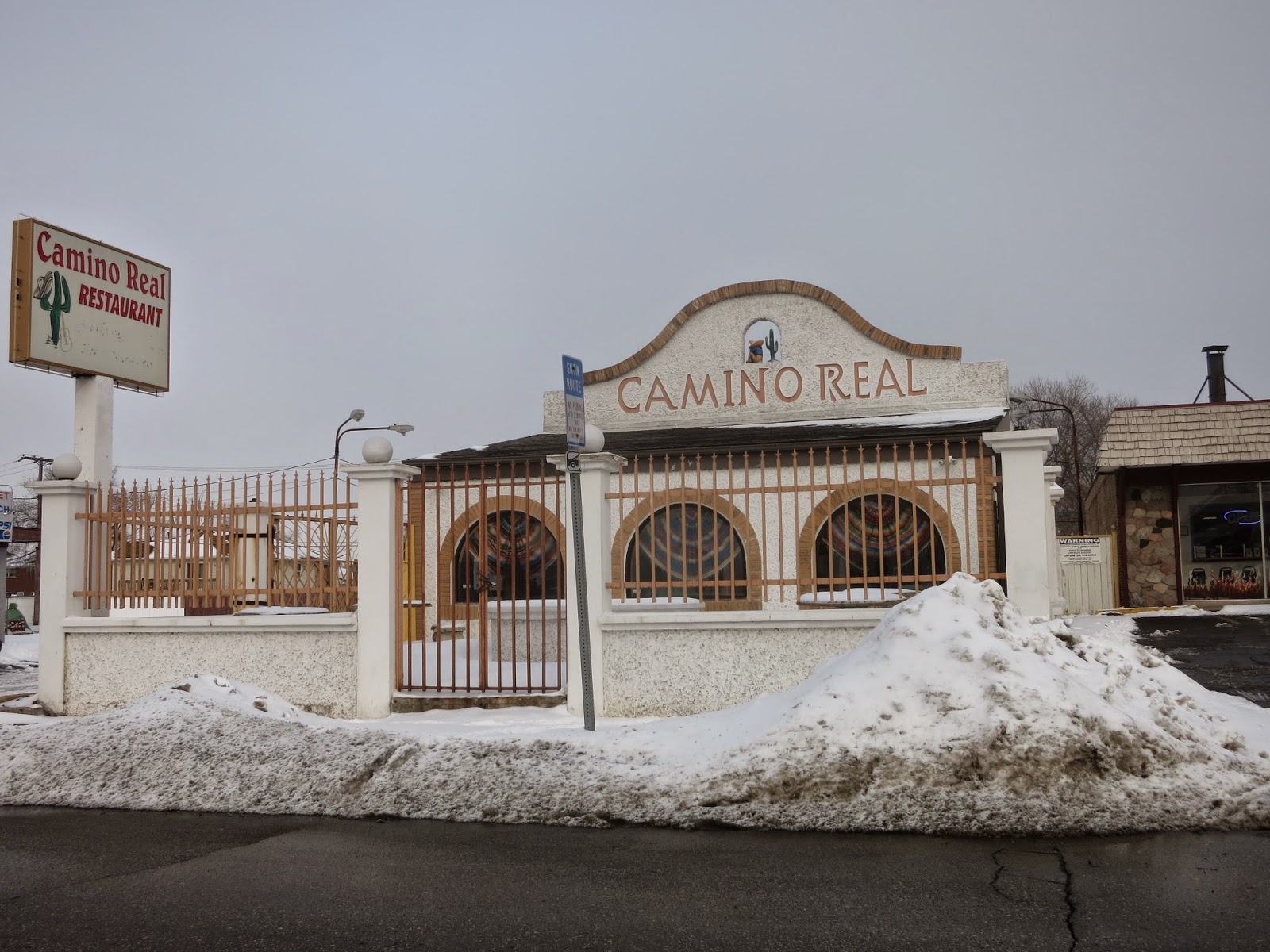 Shout out to the commenter on my blog who mentioned that I missed this place when doing my original round-up. Housed in an old fast food shack they've been around since the 80's and are a locals favorite as the commenter had mentioned to me. She was from the area but now living in Rogers Park and had said these were what she missed most about home. I could see why. This was a very good taco dorado, pan fried with the ground beef inside the shell came out about as crispy as one can get. Extra props for the spots that use the shredded cotija cheese over the American-Mexican blend, I prefer that with crispy's. 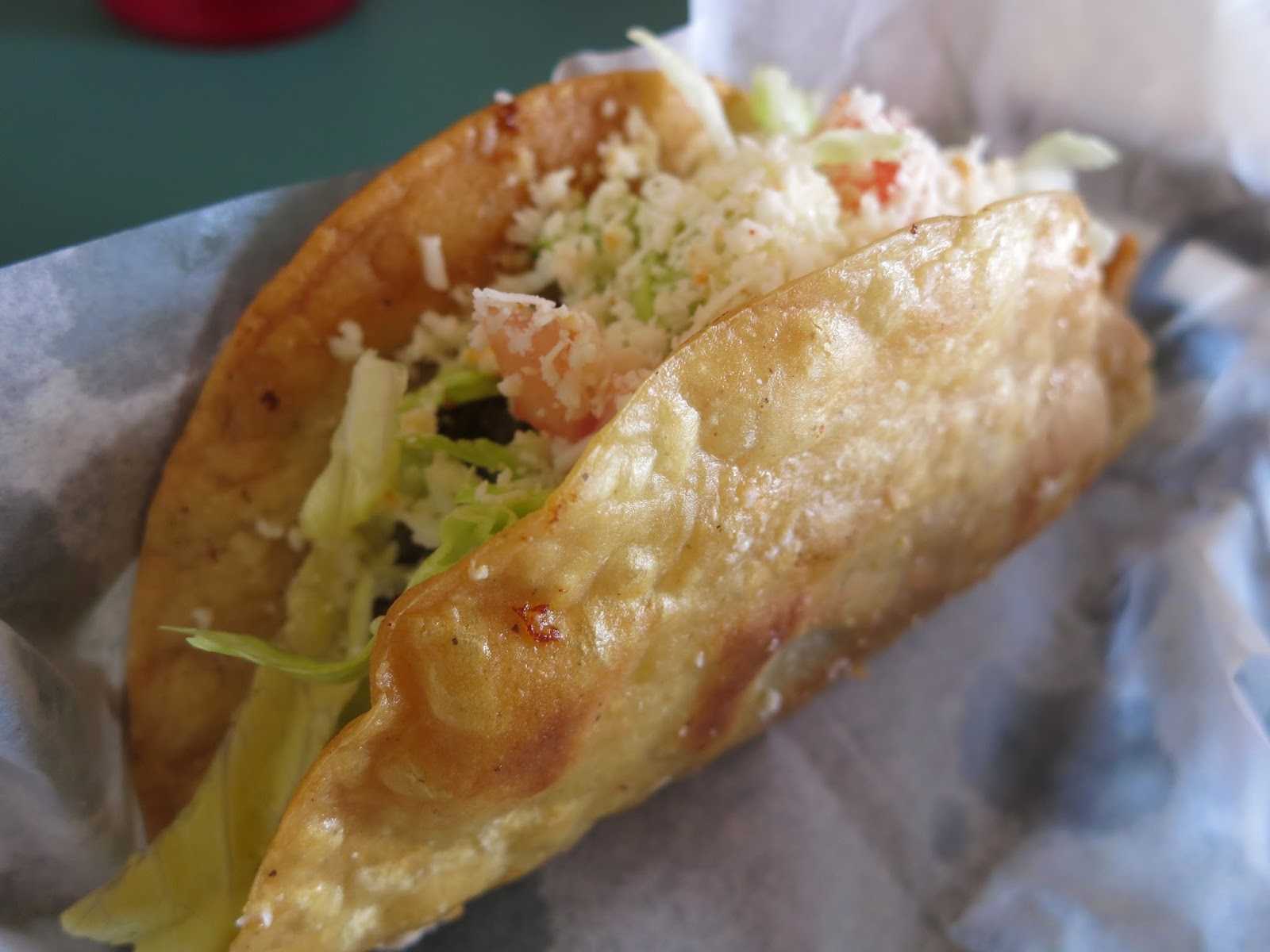