October 4th is National Taco Day but we love them too much to celebrate just 24 hours. So instead we're partying all month long with tacos posts thru Halloween. Today's journey takes us to five spots I've tried and really liked since the Chicago Taco Tour began. All of them excelling with multiple taco offerings worth trying. I've said it before and I'll say it again, make sure to include tacos when talking about the hot dogs, pizza, Italian beefs, and the rest of the city's strong food selections.
___________________________________________________________ 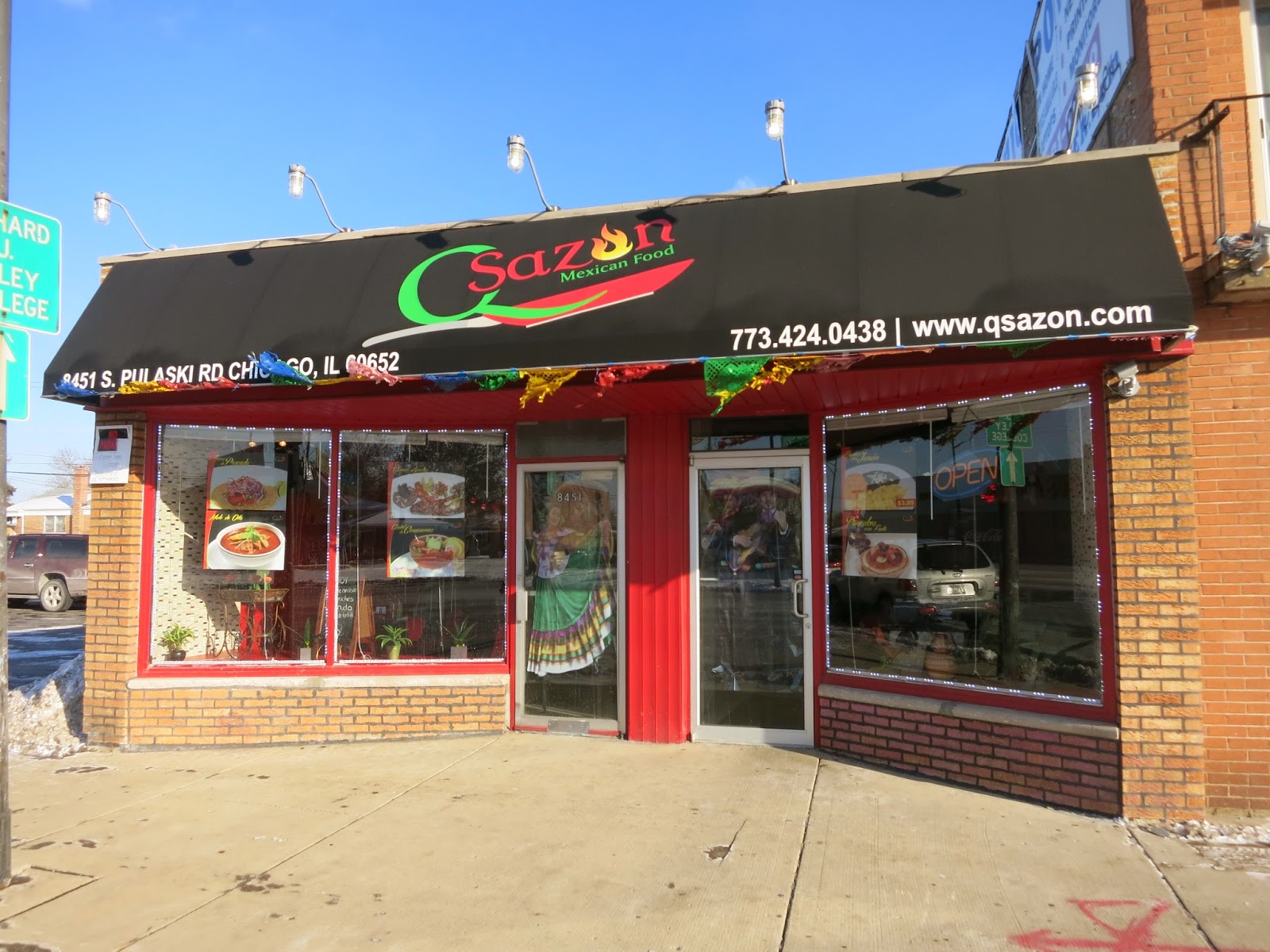 Locals favorite on Pulaski in the Ashburn neighborhood

I first noticed this place a little less than a year ago when I was dining in at Vito & Nick's next door. I decided to walk over and take a look at the menu for future reference and really liked what I saw. First thing that caught my eye was their daily homemade Mexican soup specials. I wrote about one of them in a round-up for Serious Eats. After trying a few of them, all fantastic, I decided to attack their taco options which ended up being on par with their soups as far as satisfaction. The place isnt too old so the inside is really nice and colorful and also clean with a TV for customers viewing pleasure. It's a family run joint putting out comforting  classics and I heartily endorse them and these tacos. 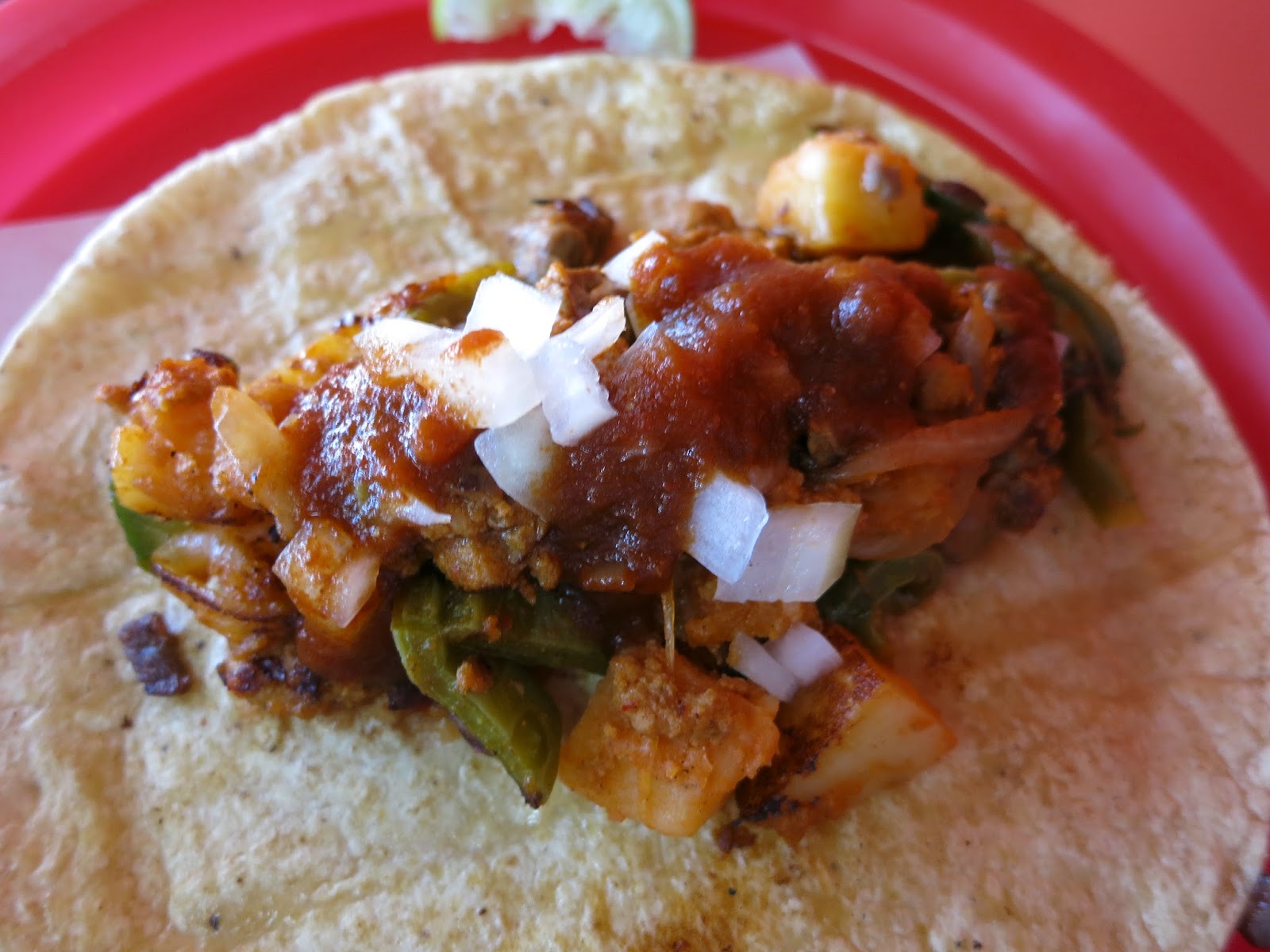 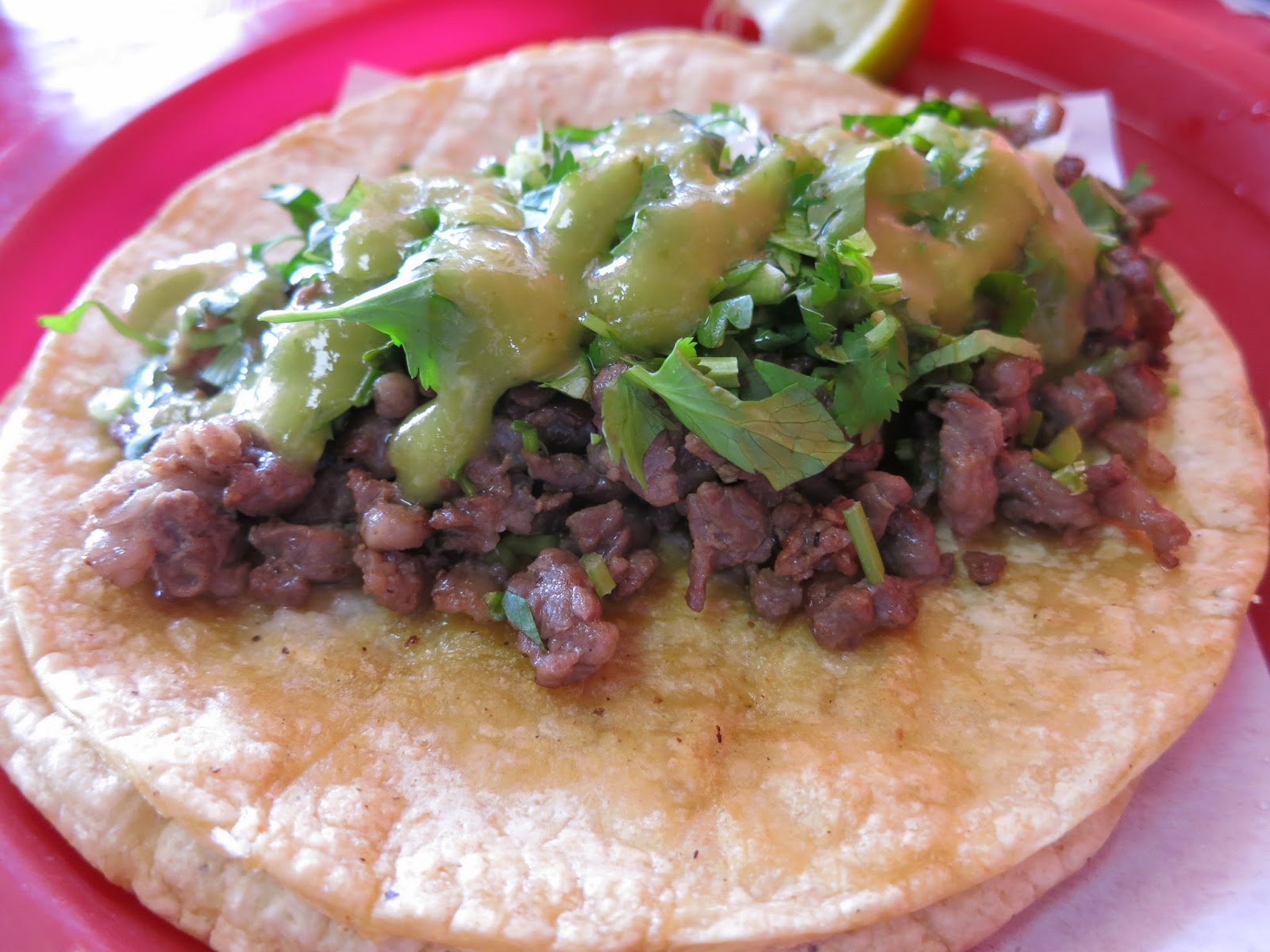 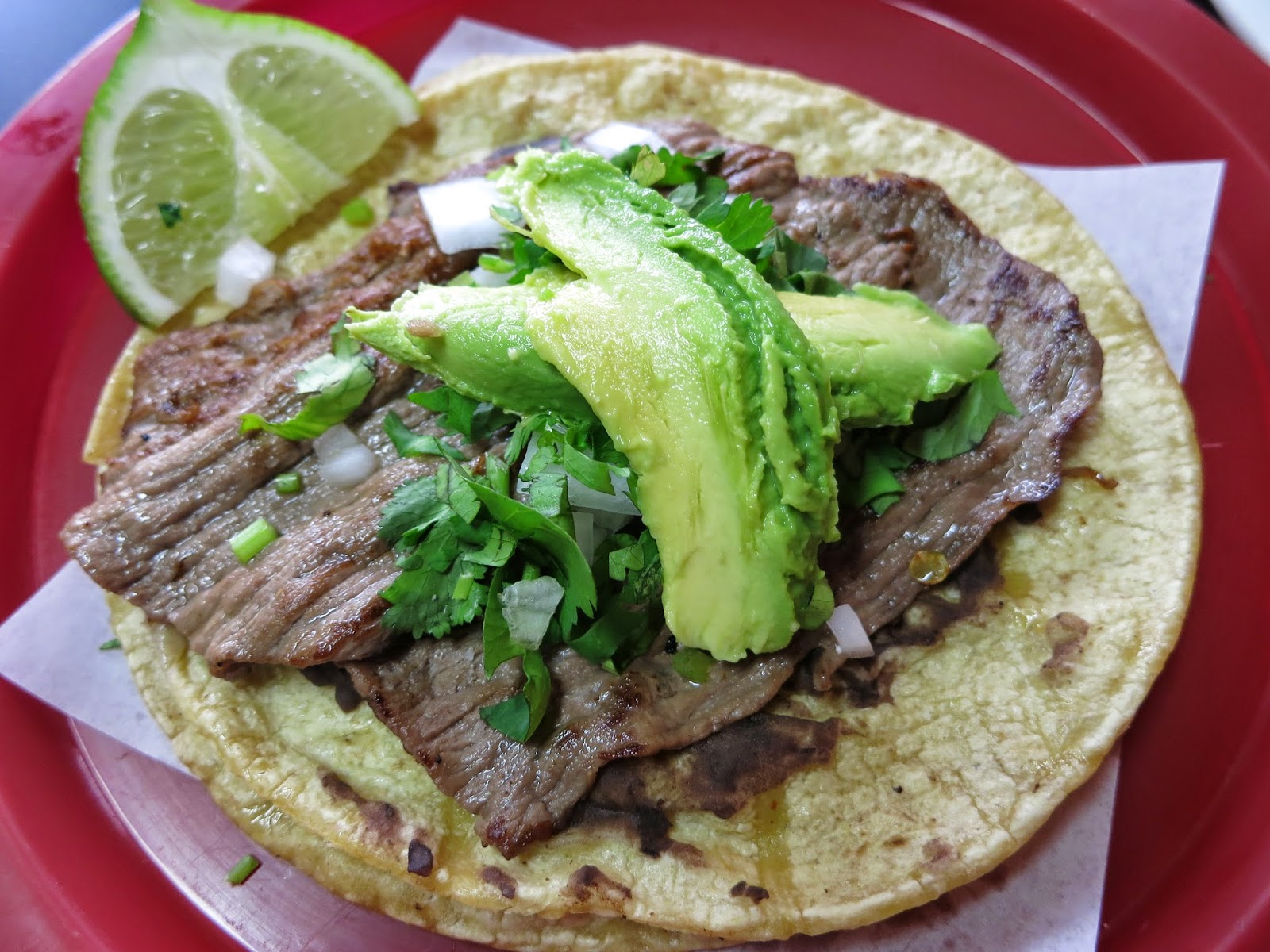 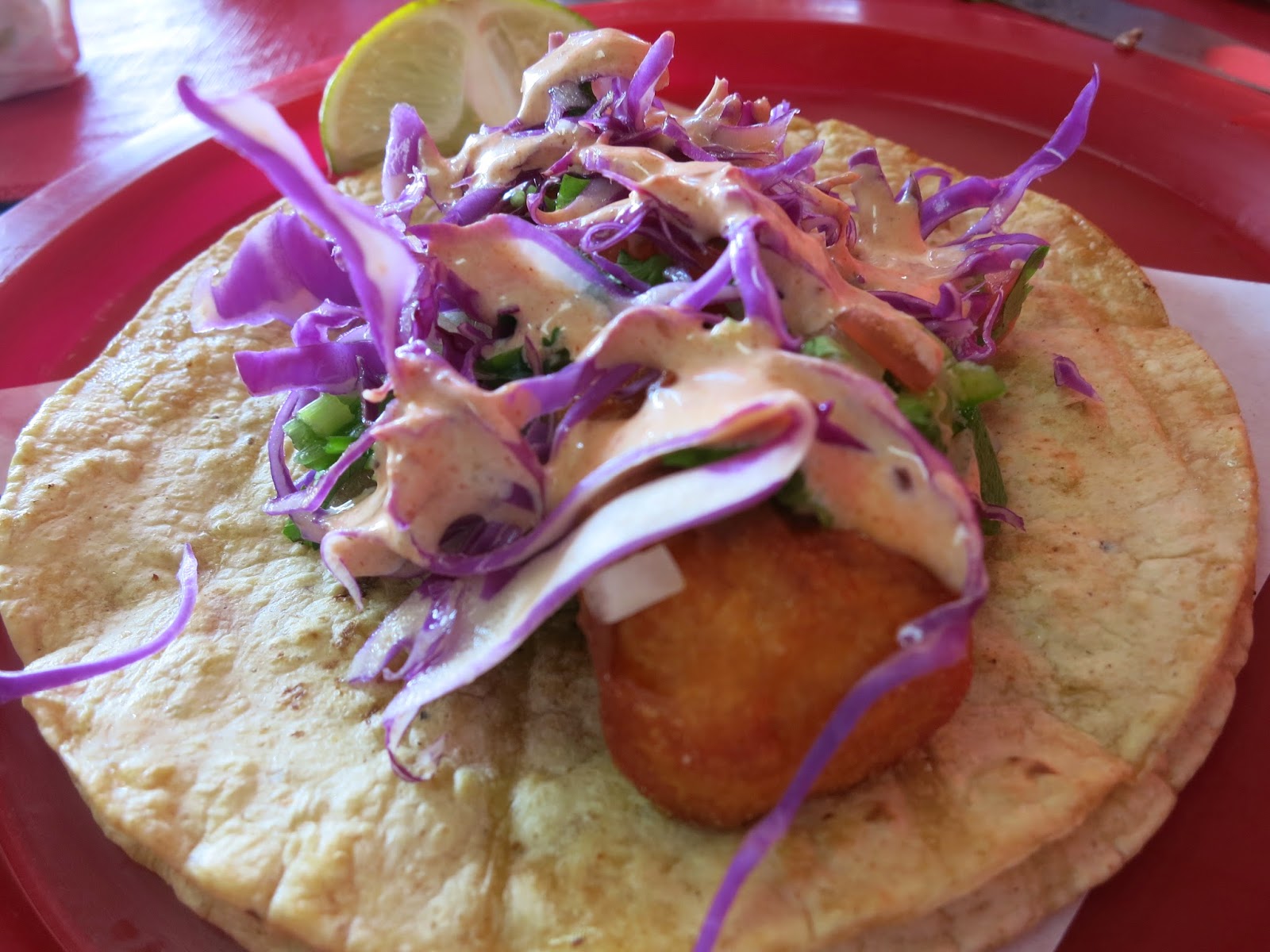 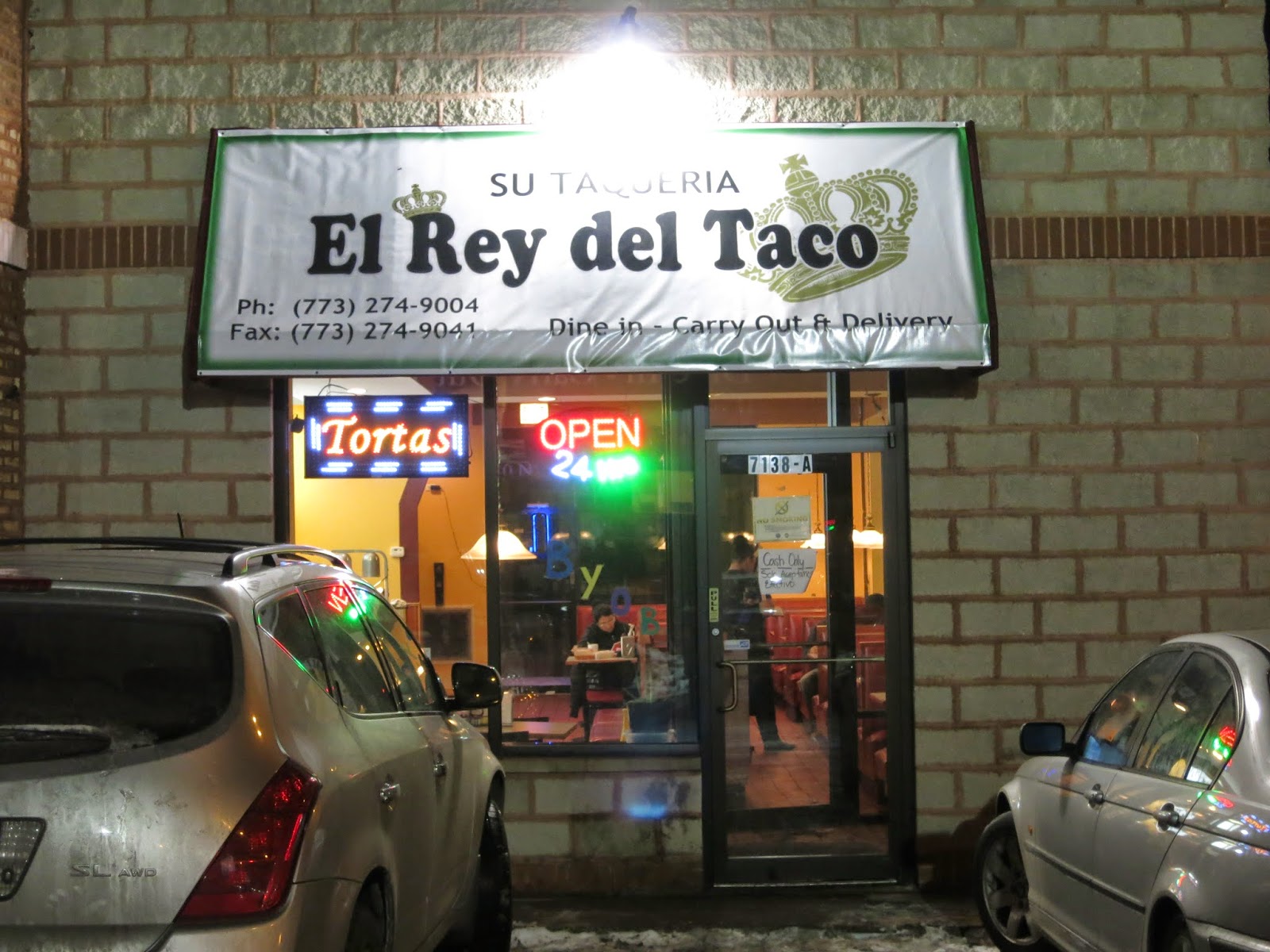 Next stop is another new (within the last year) taqueria on the other side of the city. One of Chicago's best taco trails starts on Clark not far off Devon and goes all the way to Touhy with El Rey del Taco being the last stop. I was put onto this place by a poster over at LTHforum and this is what I had to say. "Al pastor spit was in action which was nice to see considering it was after 10p on a weekday night. I tried a taco with some of it (cut from spit and crisped up on griddle with pineapple) as well as a steak and also a suadero. Enjoyed all three very much. Especially the suadero which had a more intense beef flavor. Both it and the steak were finely chopped and well crisped. They give great attention to each small little detail that goes into making a great taco. The super sweet lady serving me hooked me up with a green jello as I was leaving. Hadn't had any of that crap in years. It's been added to the index and should stay in the rotation." 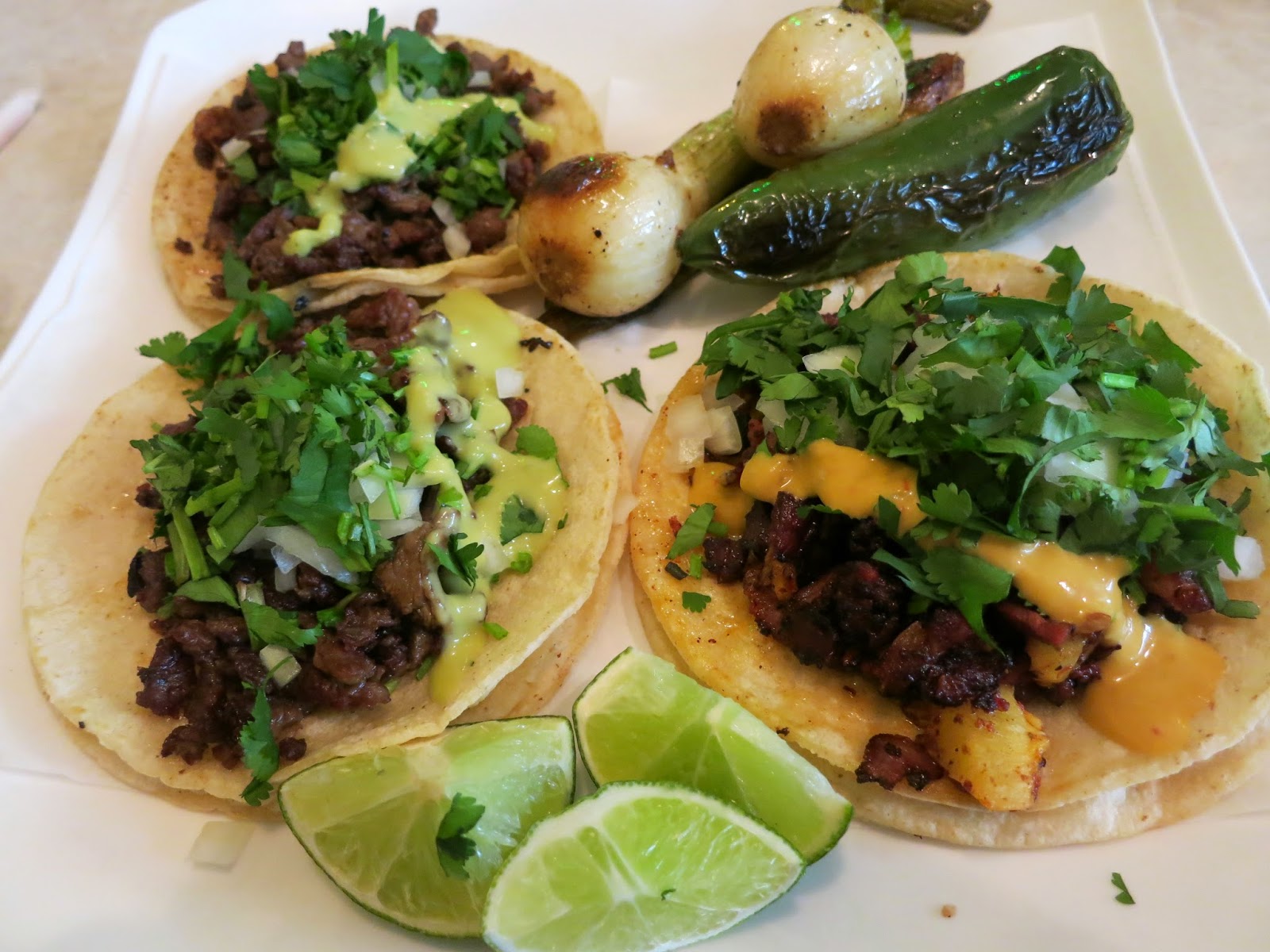 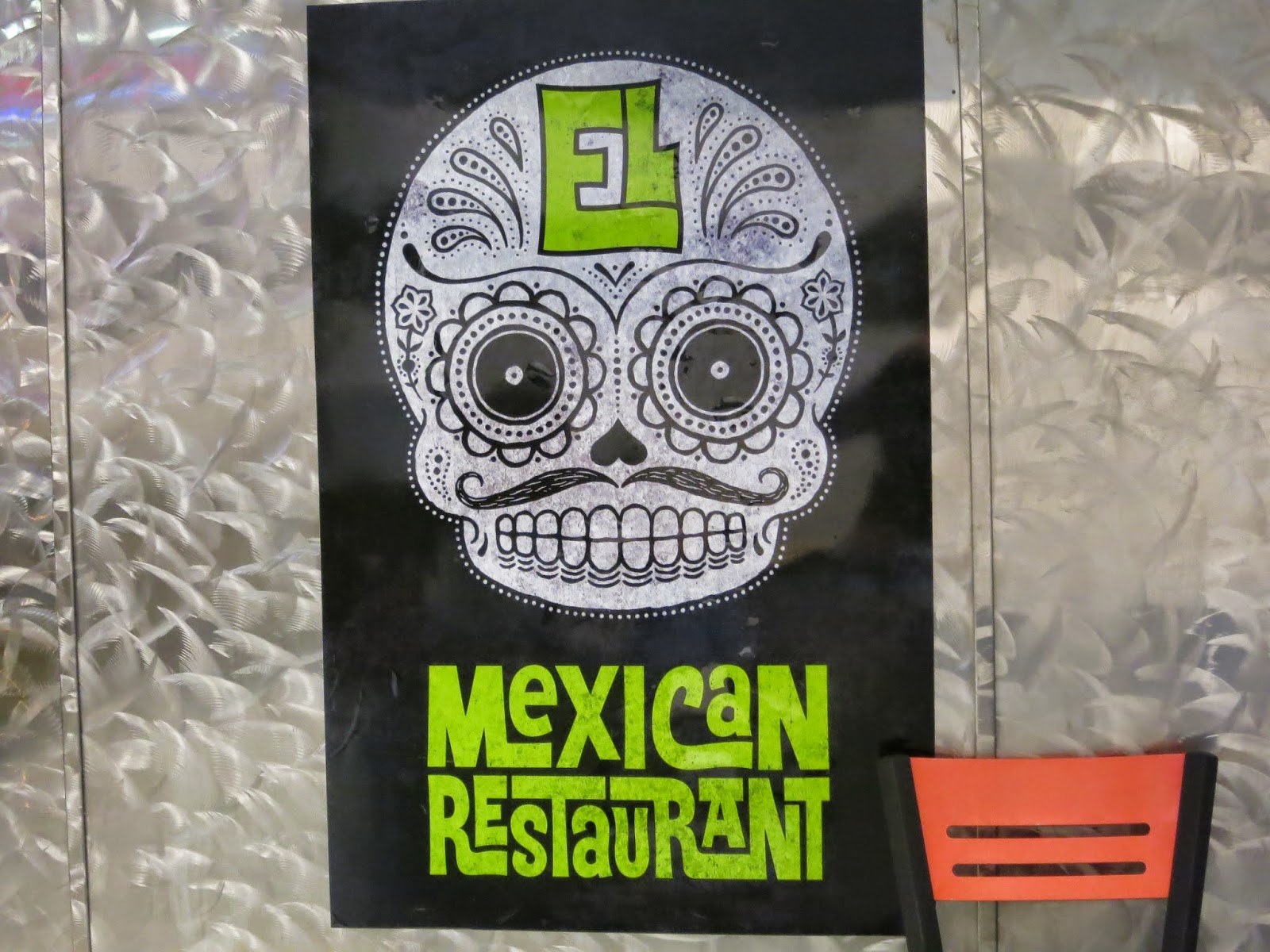 a Modern Taqueria found in a strip mall in Glenview

Modern taquerias are all the rage these days and I've visited many of them in many different states. We in the Chicagoland area have a great amount of them and they don't seem to be dying down. New ones are opening monthly. I'd like to share one of them here today. There's not too many great taco options up in the Northshore but this badly named place is one worth seeking it if you're in the area. While they do sport the skull art that many of the modern stops have gotten behind they don't do booze. It's more like Chipotle as far as idea, ordering and then eating but not much like them as far as the end result goes. This place, I refuse to say the name, is better. 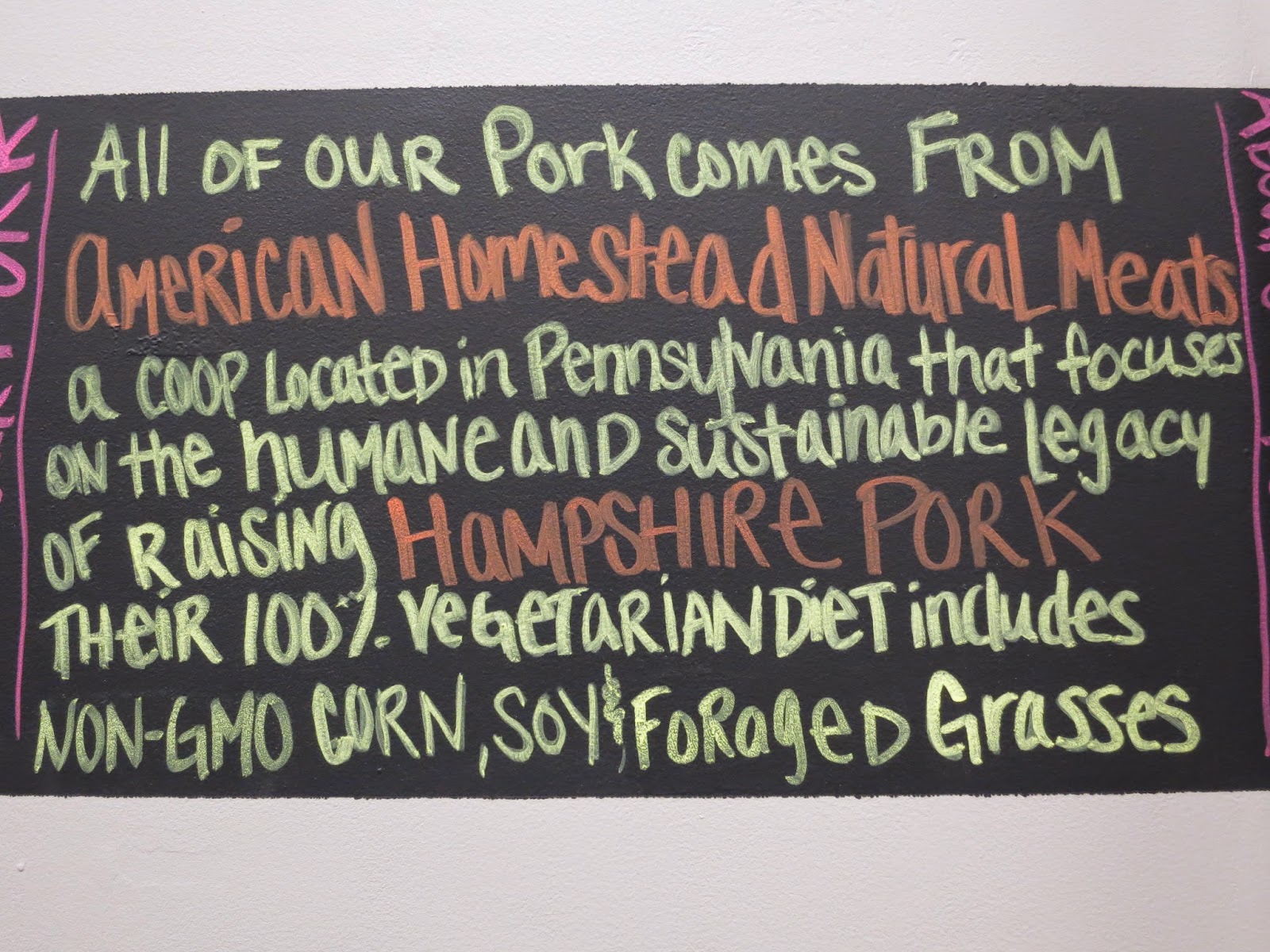 Taco plates come three to an order and one of the things I had read online was the fact their chicken was actually worth seeking out. So I made a note to get a chicken tinga taco along with a beef barbacoa and also a blackened fish taco. The tortillas are homemade but beware the tinga is juicy and will fall thru if not eaten right away. I have no problem with this because it's one of the better chicken tacos I've ate. Well seasoned and anything but dry. Beef barbacoa was a little less intense but full of beef flavor while the blackened fish also please. the side of cilantro rice and mashed black beans along with a drink and the three tacos for a little less than $10 makes this place I'd be at often if I lived near there, especially considering the alternatives for tacos. 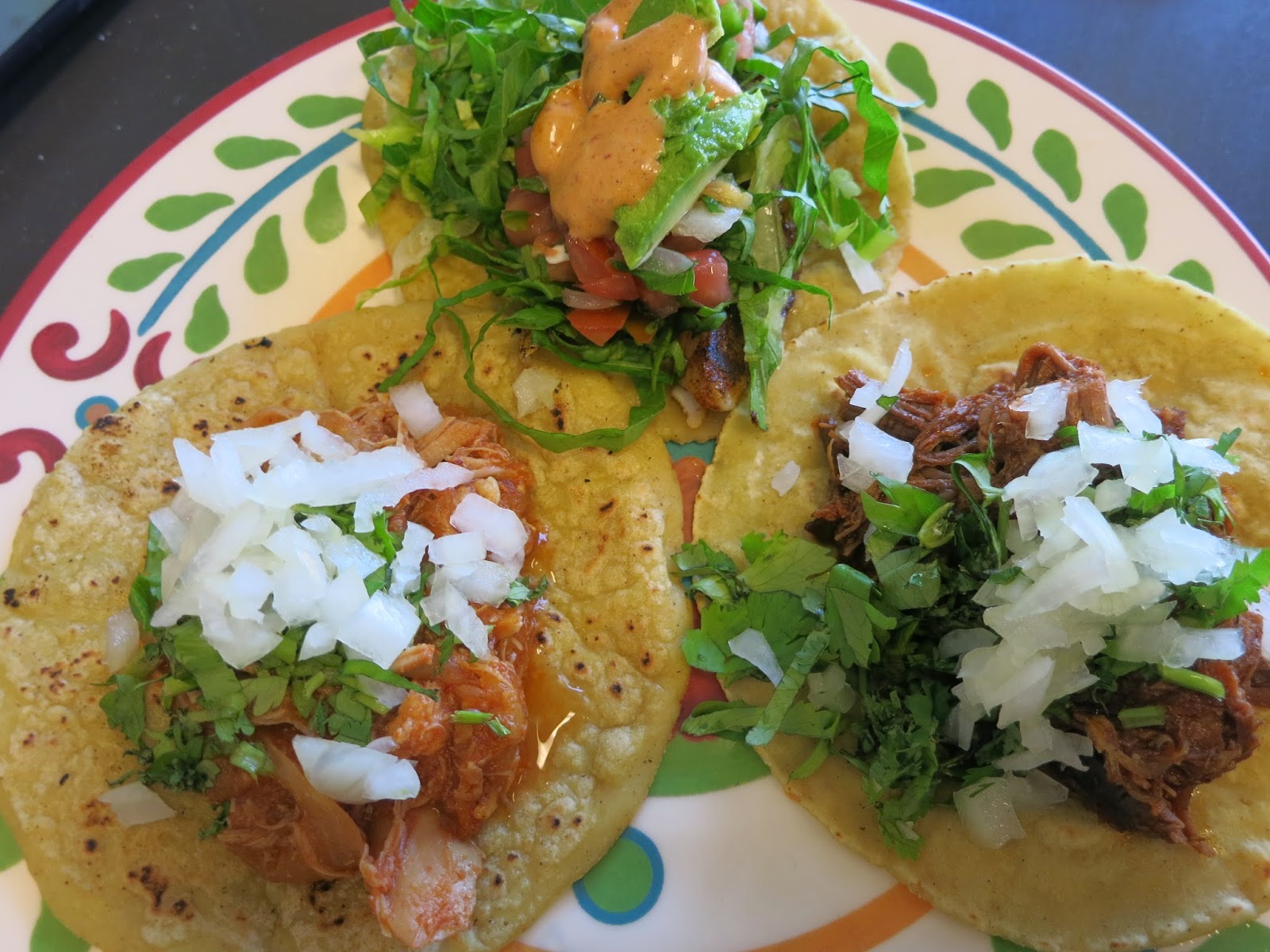 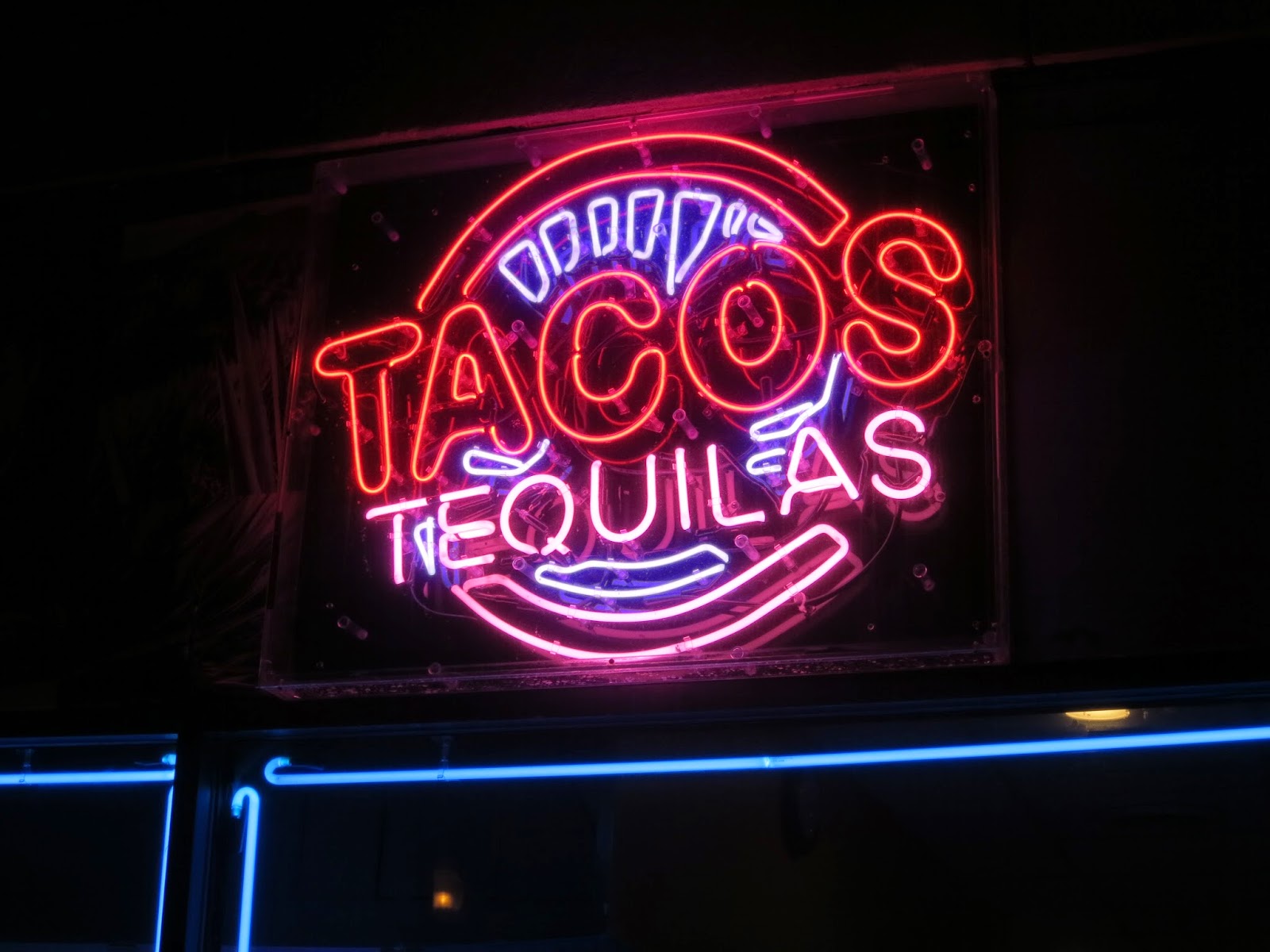 Speaking of modern taquerias I've been into Tacos Tequilas a handful of times since they opened a while back and each visit has been pleasant. At first it was kind of odd because they were a BYOB so the name was misleading. That said it's a great place to go out on a weekday night for a very reasonable priced meal. So even though they've since added drinks onto the menu, I still go there in favor of the food. I'm a big fan of their house salsas which come with a bucket of tri-color tortilla chips which I'm not a big fan of. I also like their tacos, all of which are worth trying with exception of the steak. They also make tasty tamales and intriguing entrees. Not your typical modern taqueria. 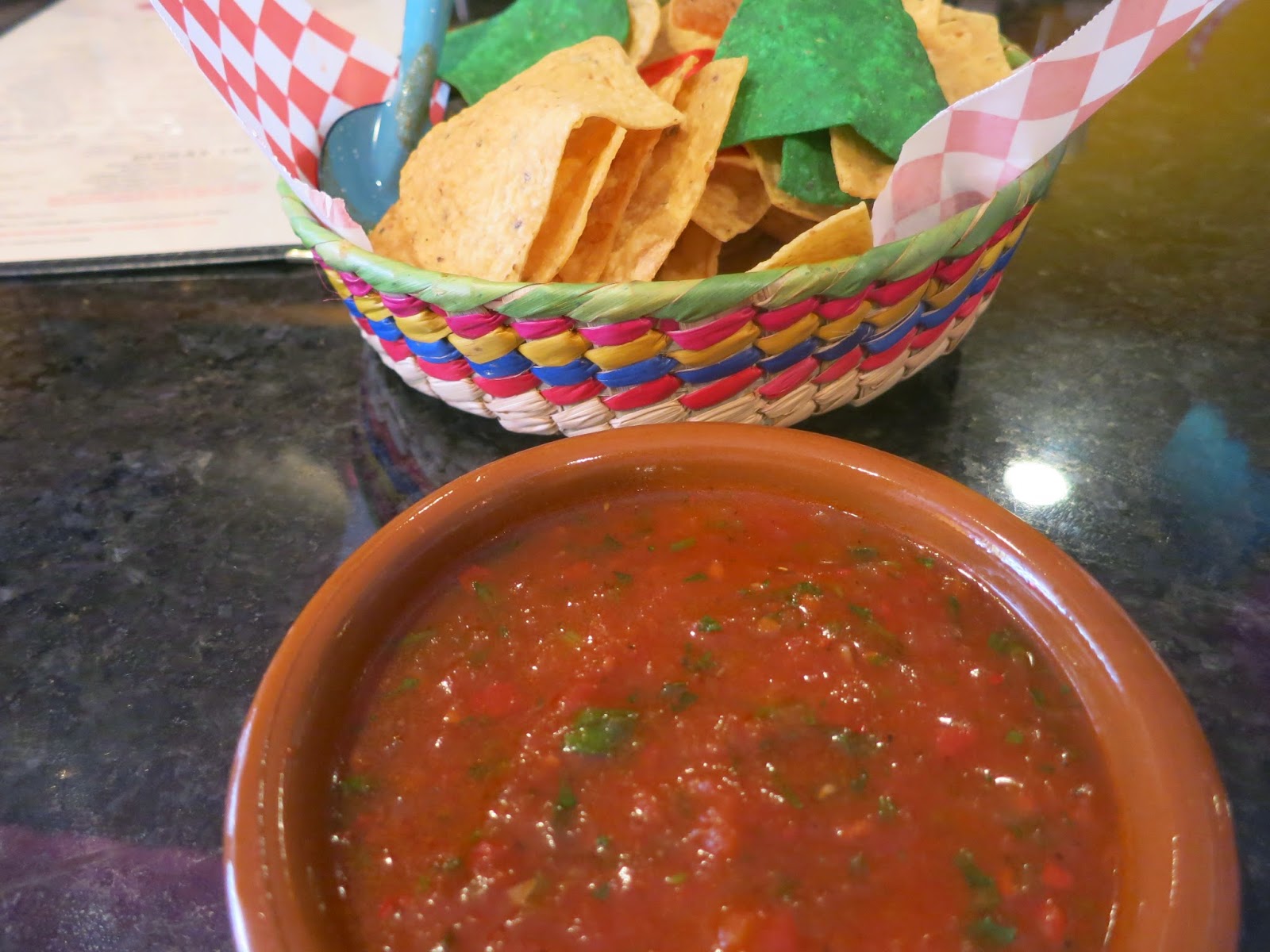 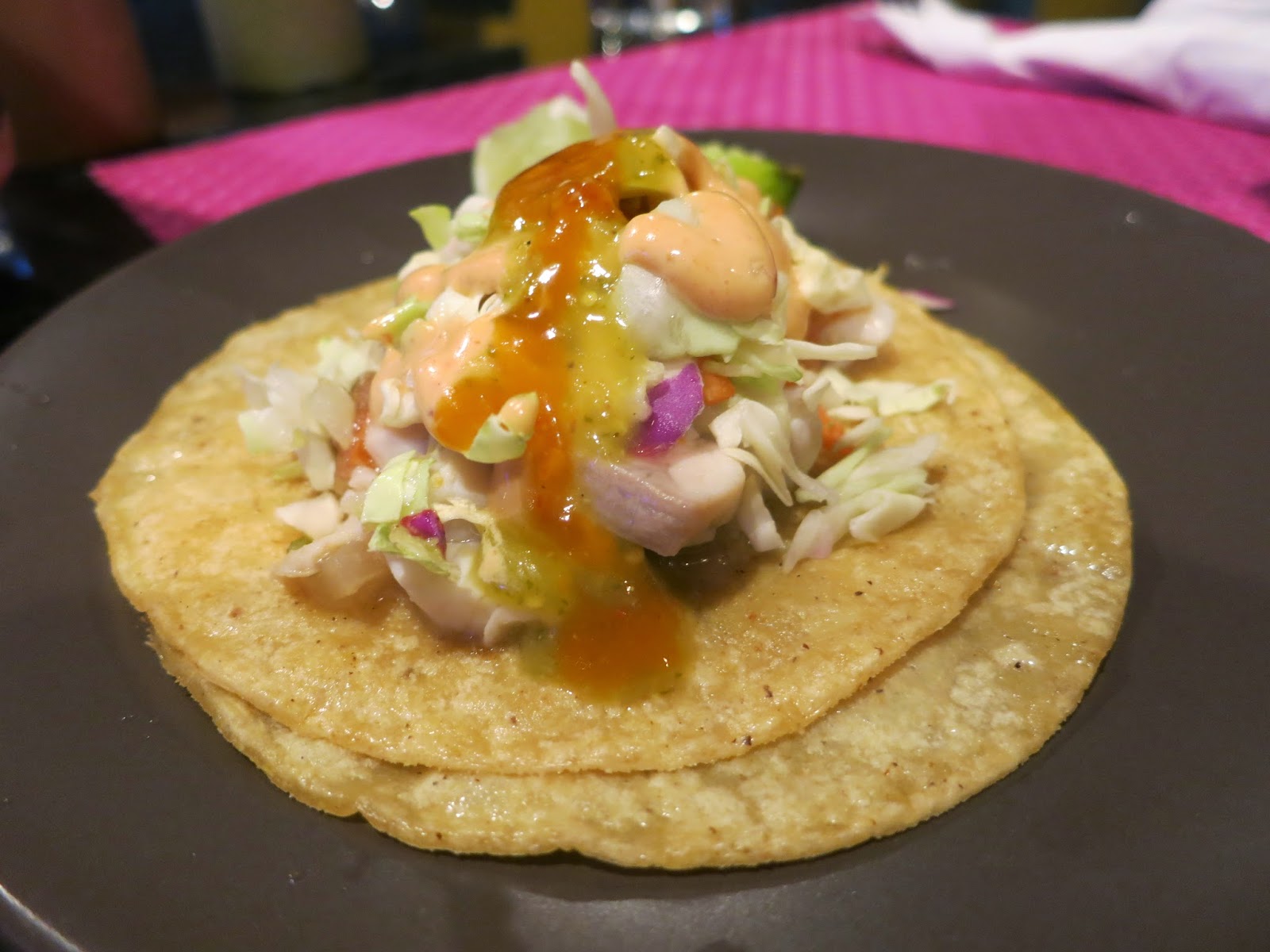 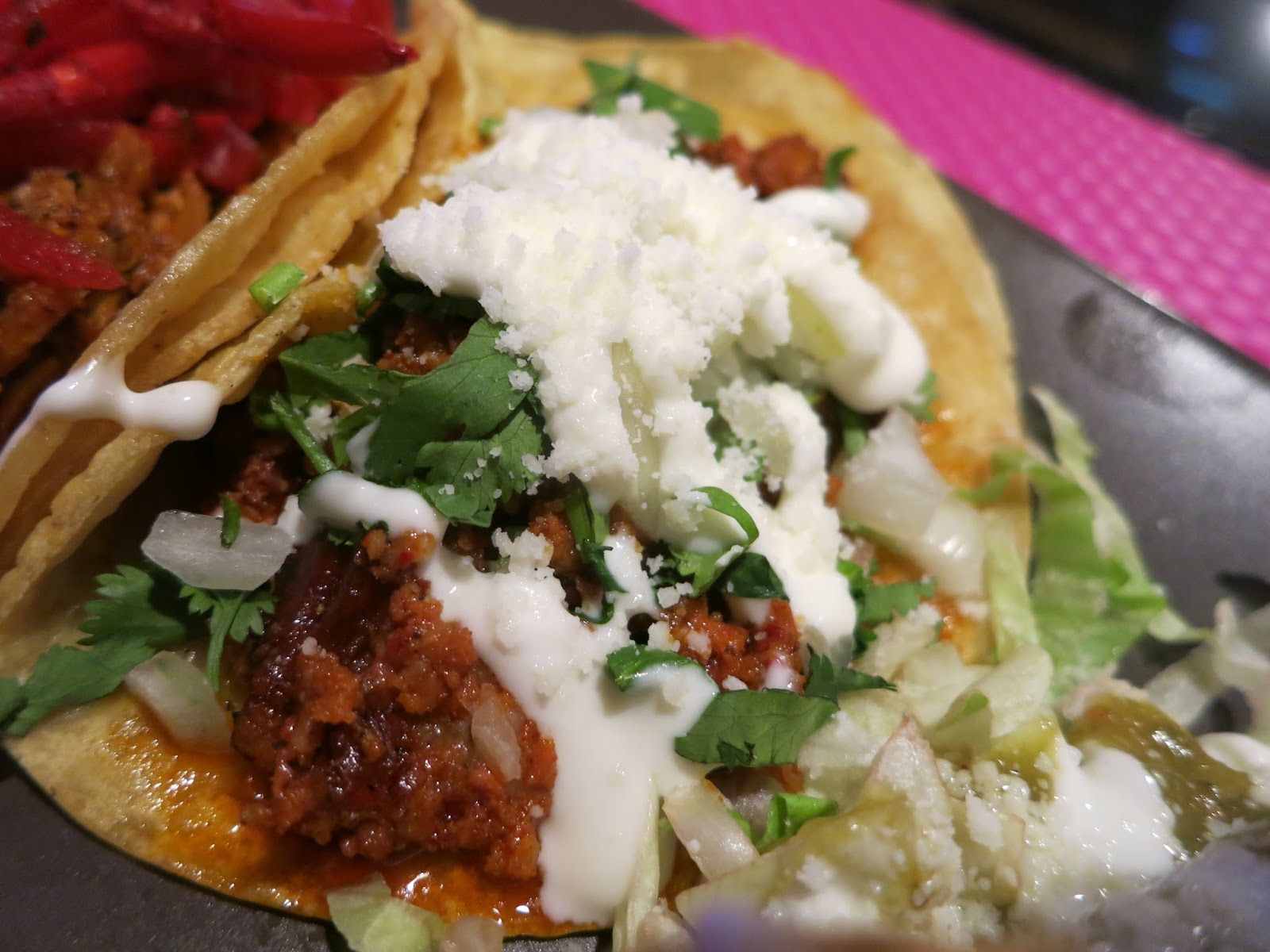 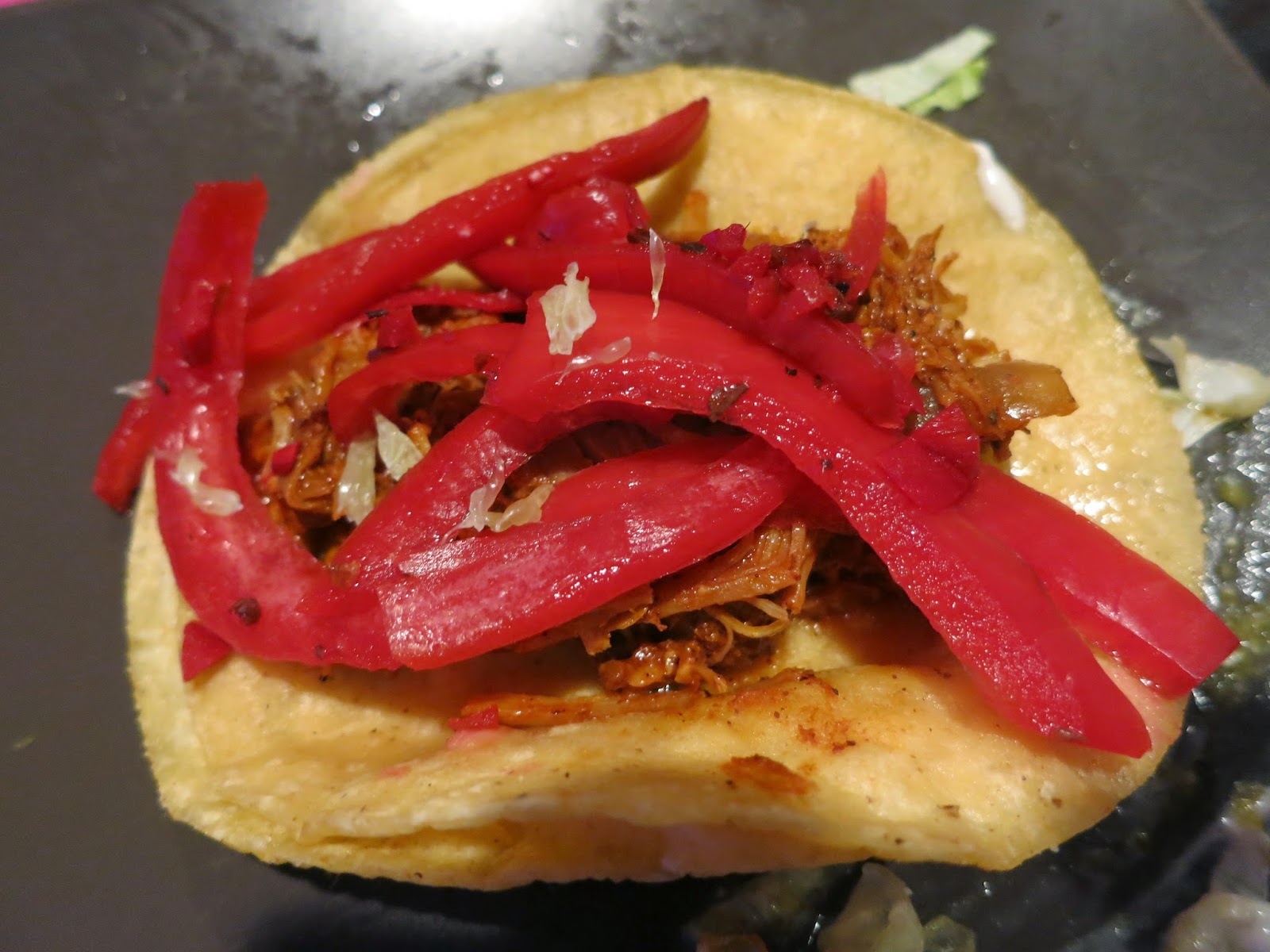 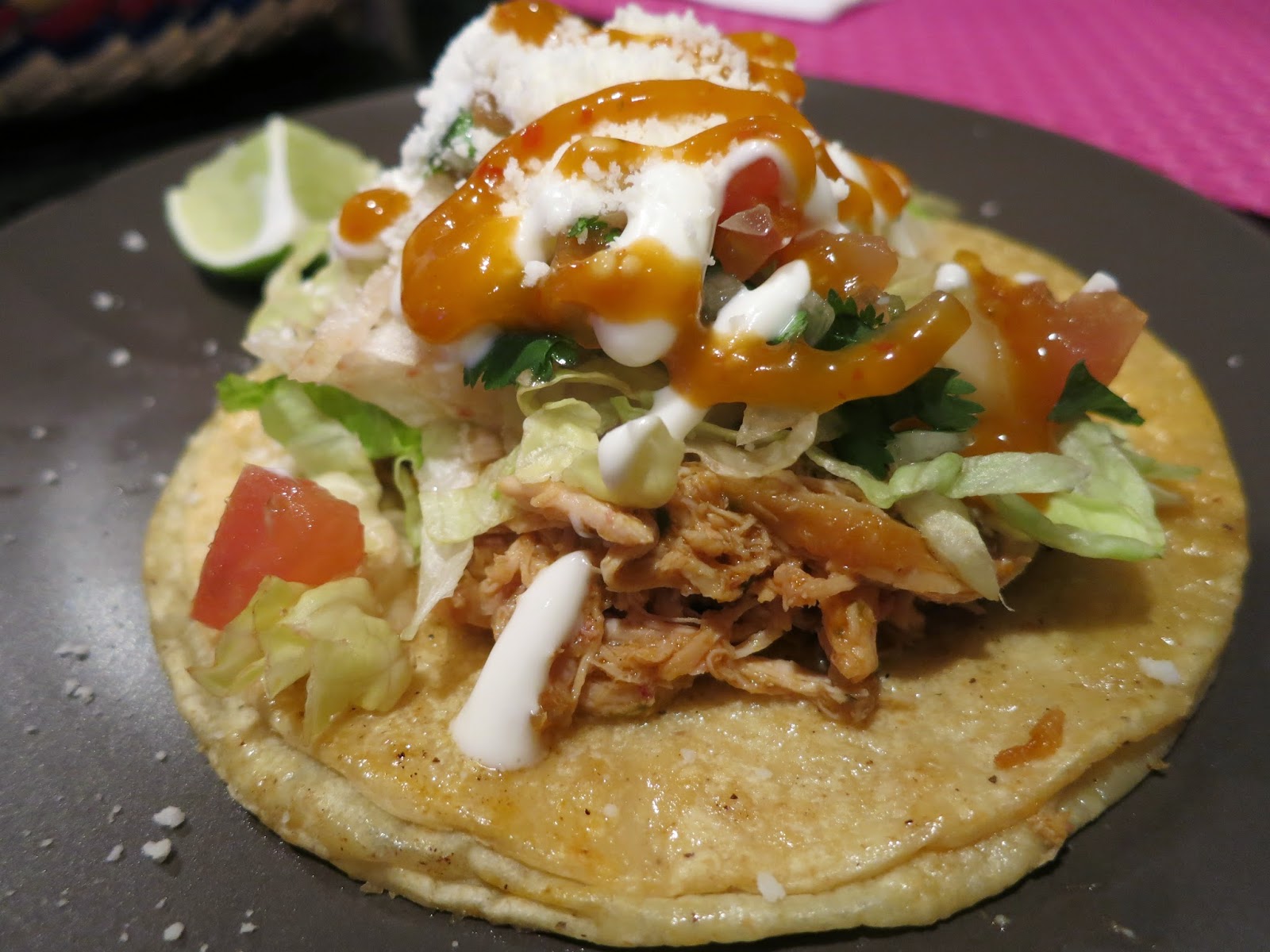 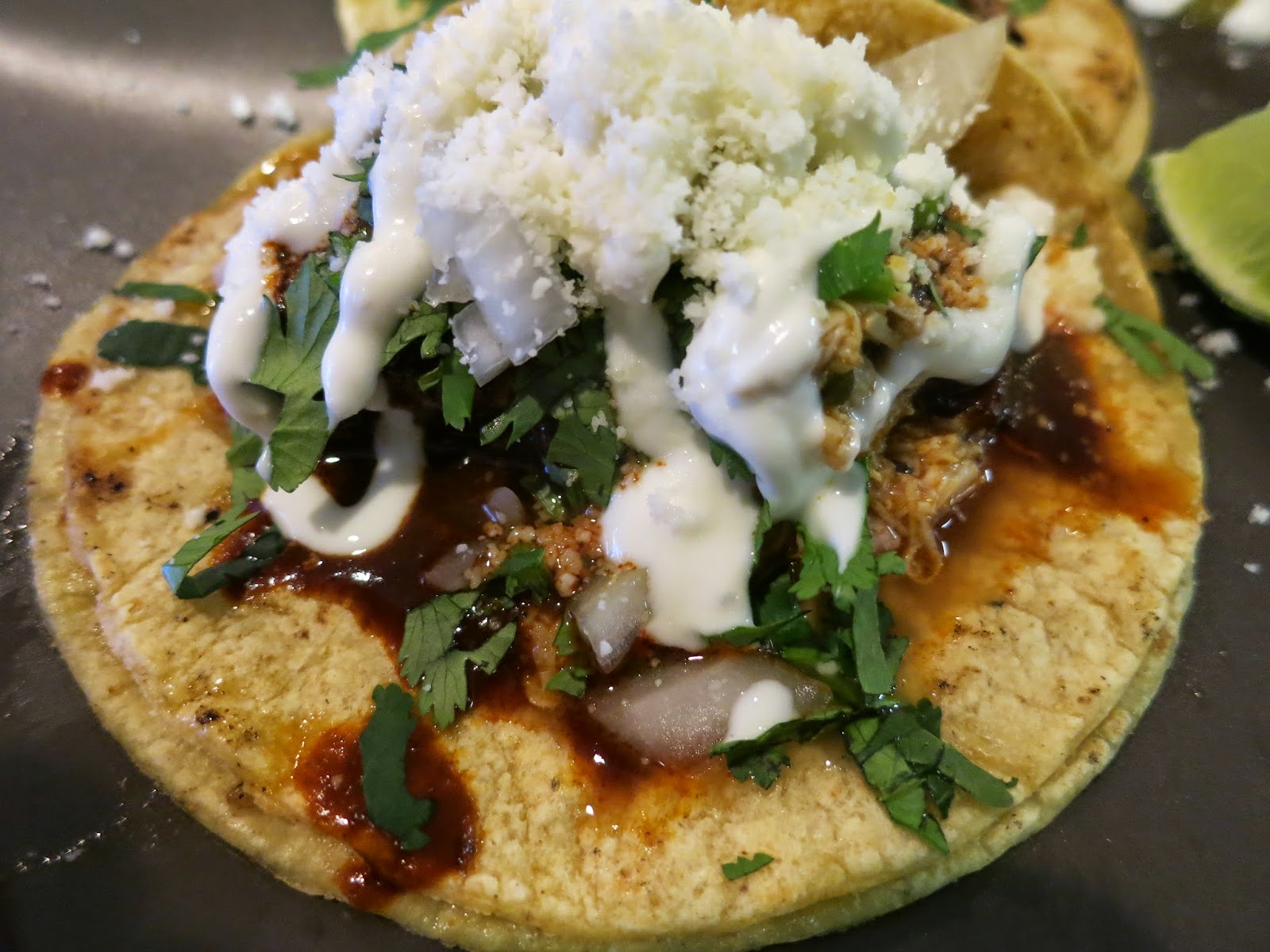 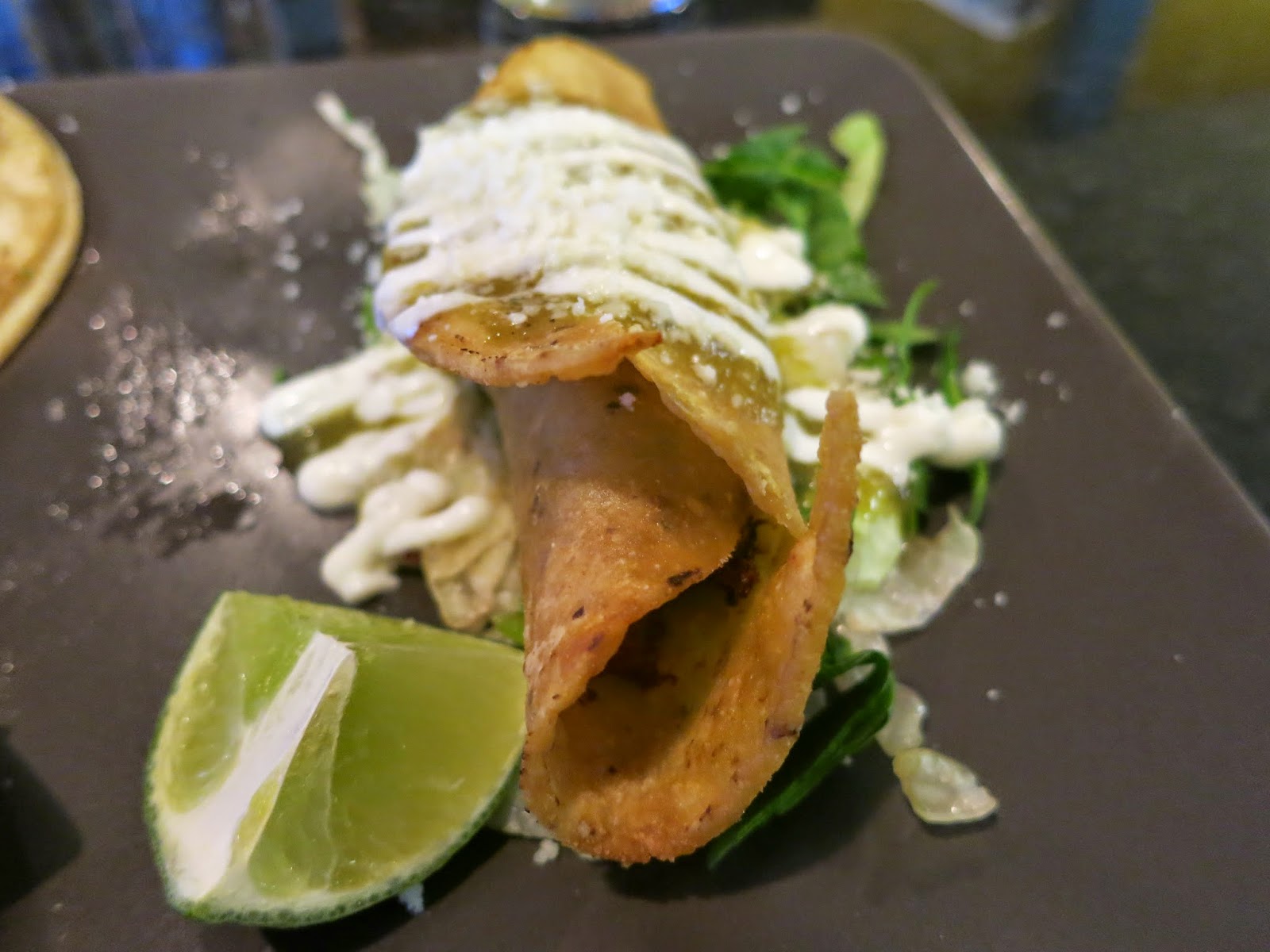 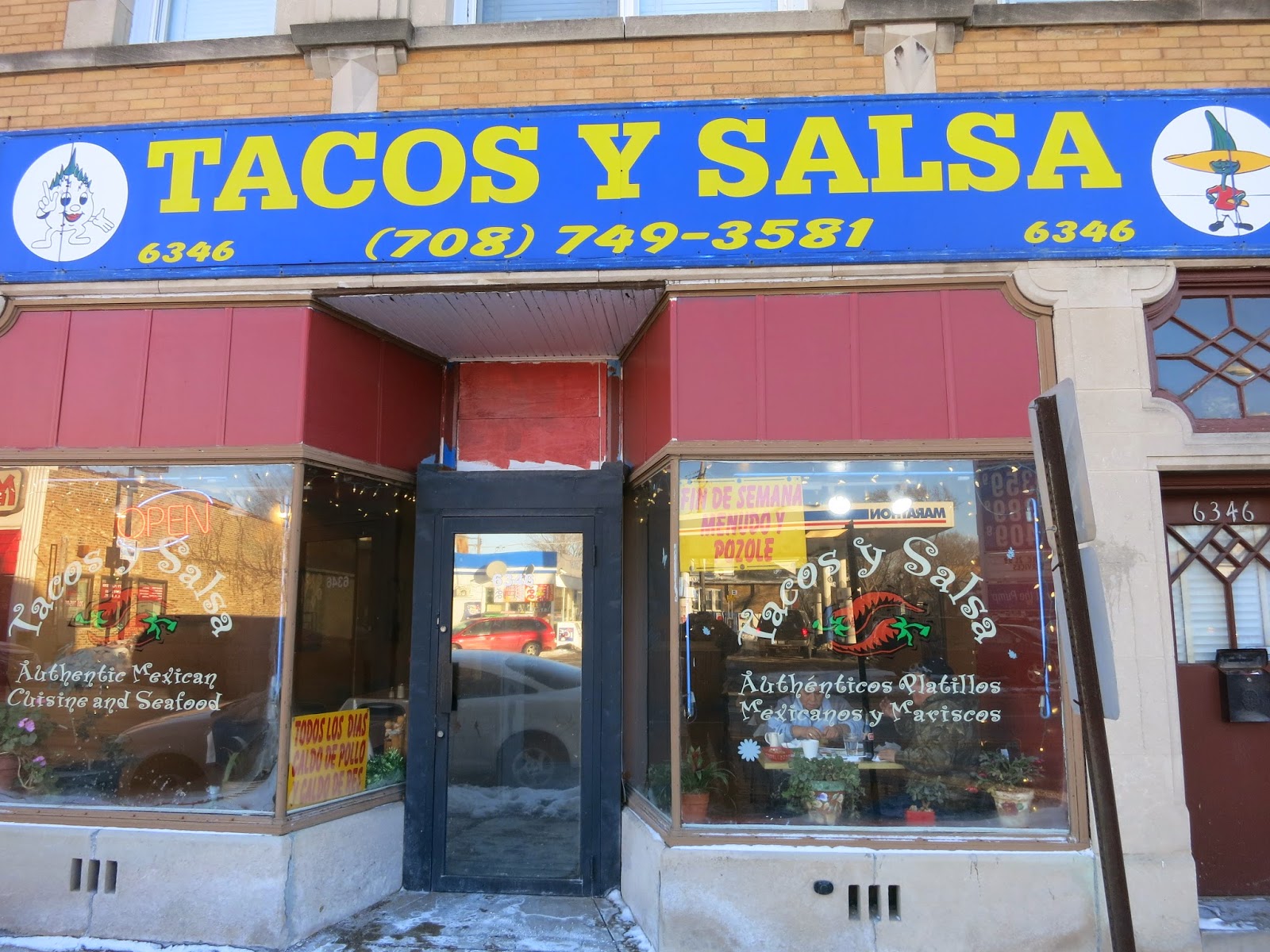 Here's another generically named name spot putting out some fantastic tacos. The Chicago suburbs most famous for being the stomping grounds of Al Capone have some amazing taco options in town these days. One of my favorites is this super friendly family run place. They get a ton of regulars aged from grade school kids to old longtime locals. They have an entire menu but as the name suggests I suggest you try the tacos and do so while dining in so you can also indulge in their homemade salsas on the house while waiting for your order. 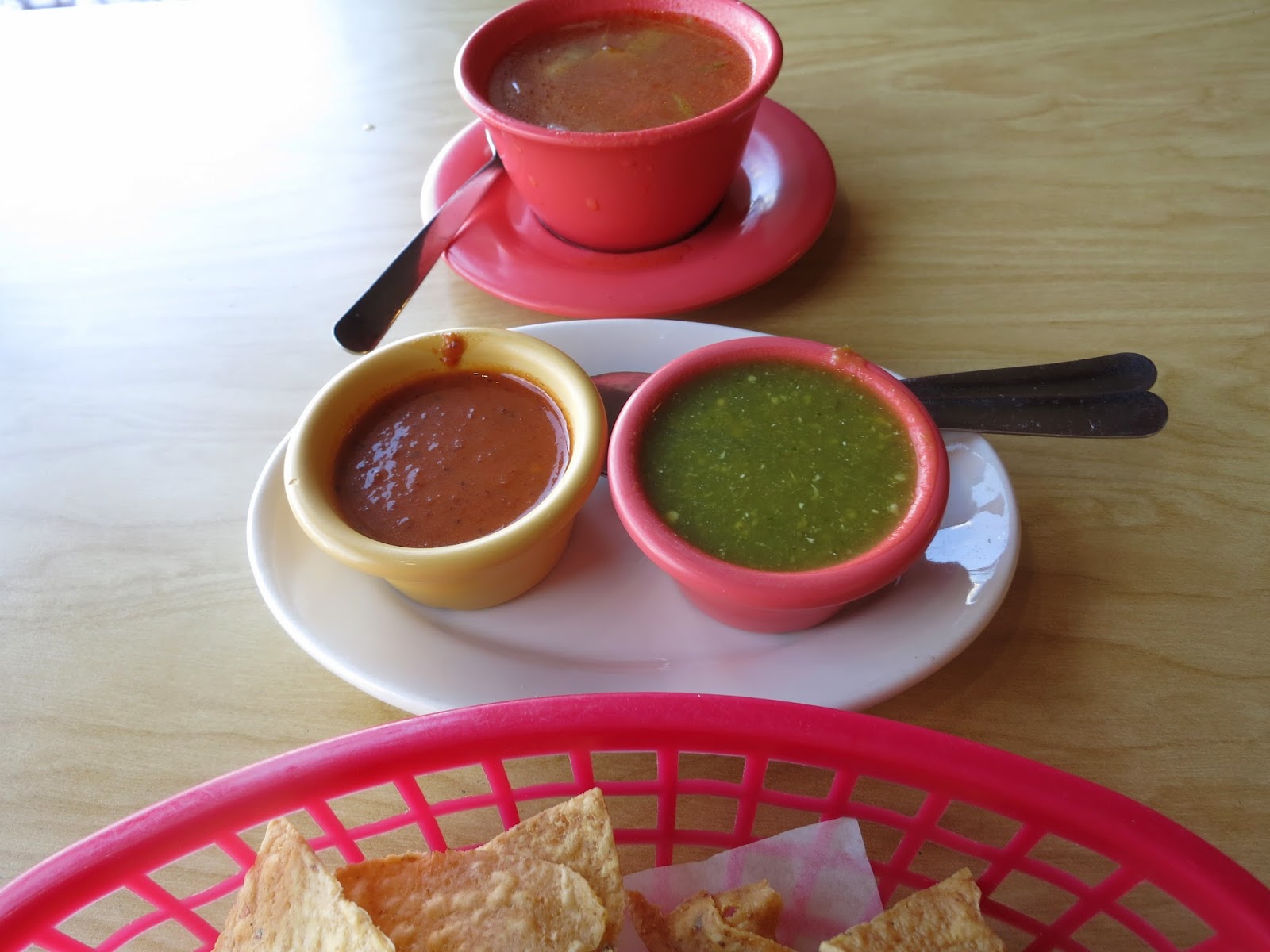 House Salsas are all excellent

What caught my eye originally when scoping this spot out was their Tacos Especializados section on the menu. They boast a handful of them and all are good but I really love the chicken mole, which may be my favorite chicken taco in Chicagoland and also the chile rellano which is fried to order thus the cheese comes out oozing. Tortillas are homemade on weekends so that's when I try to visit. 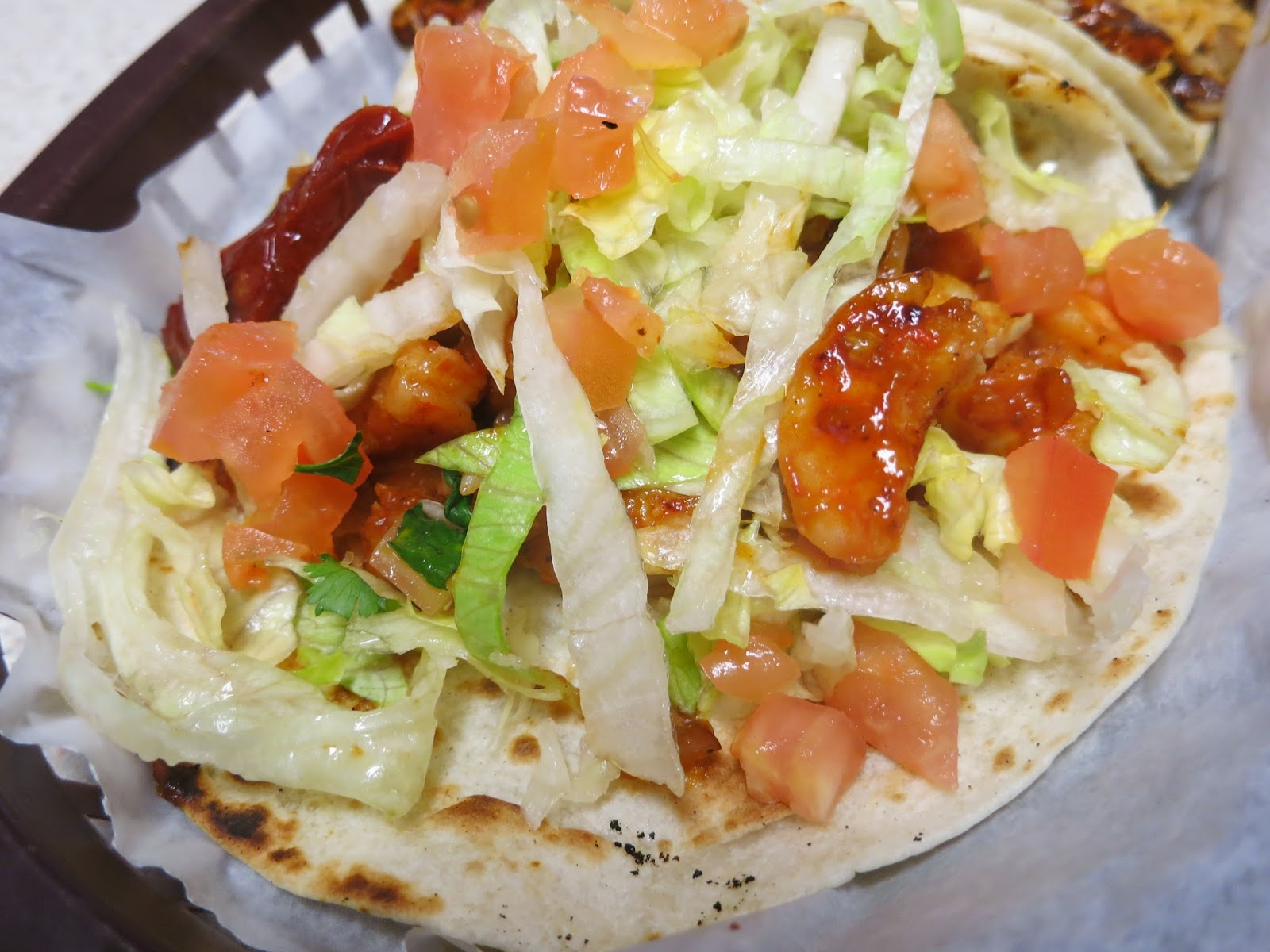 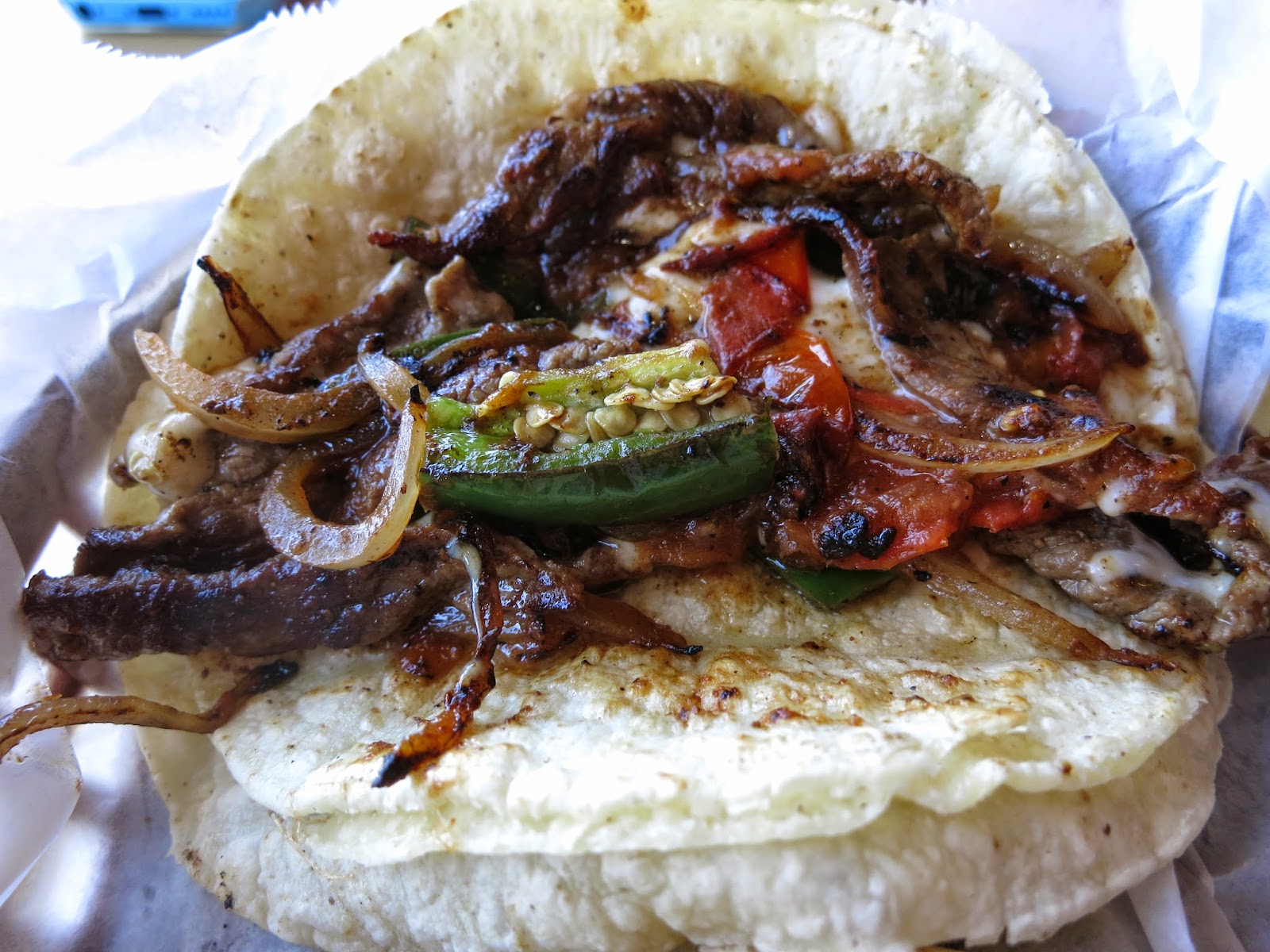 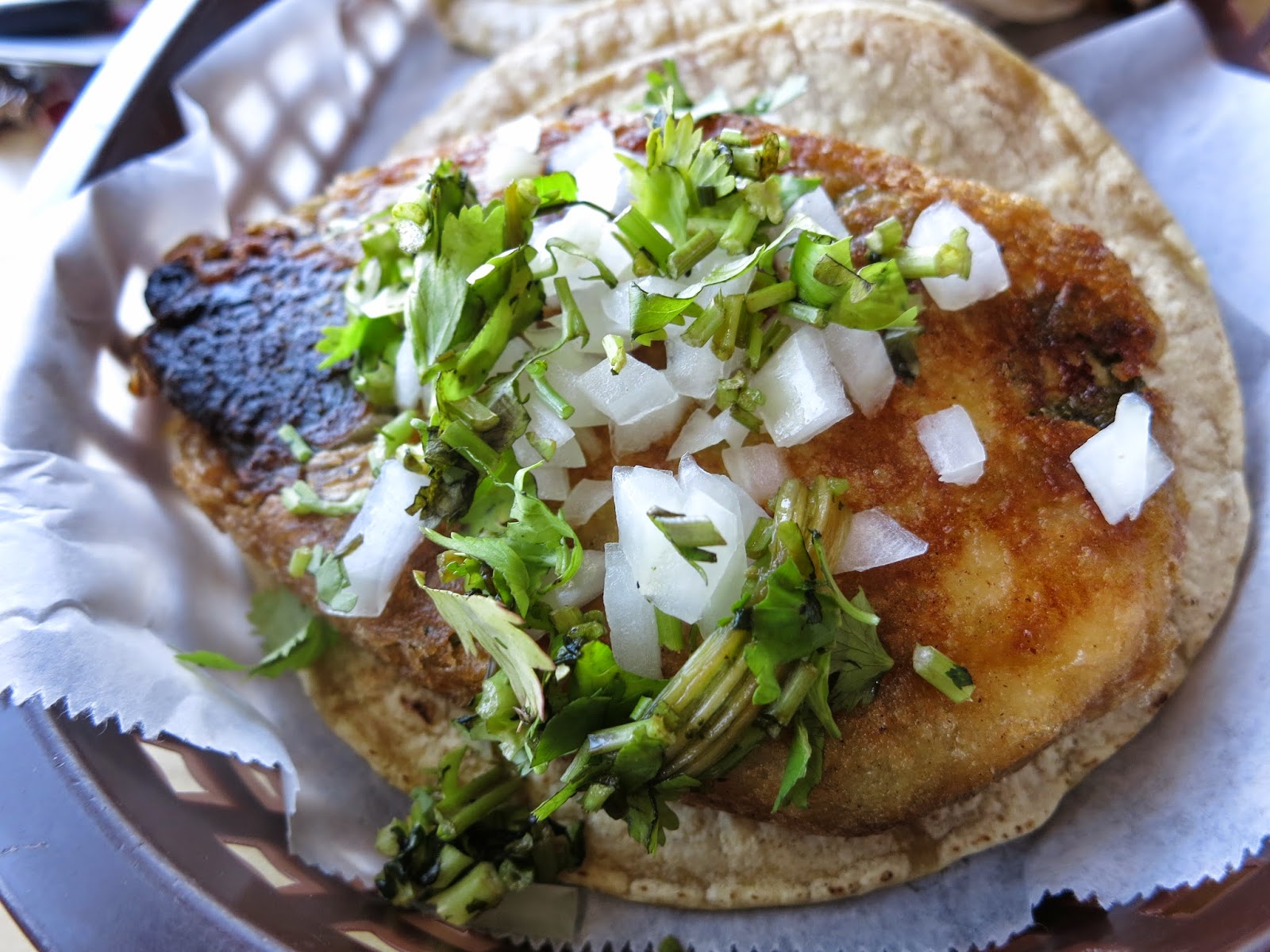 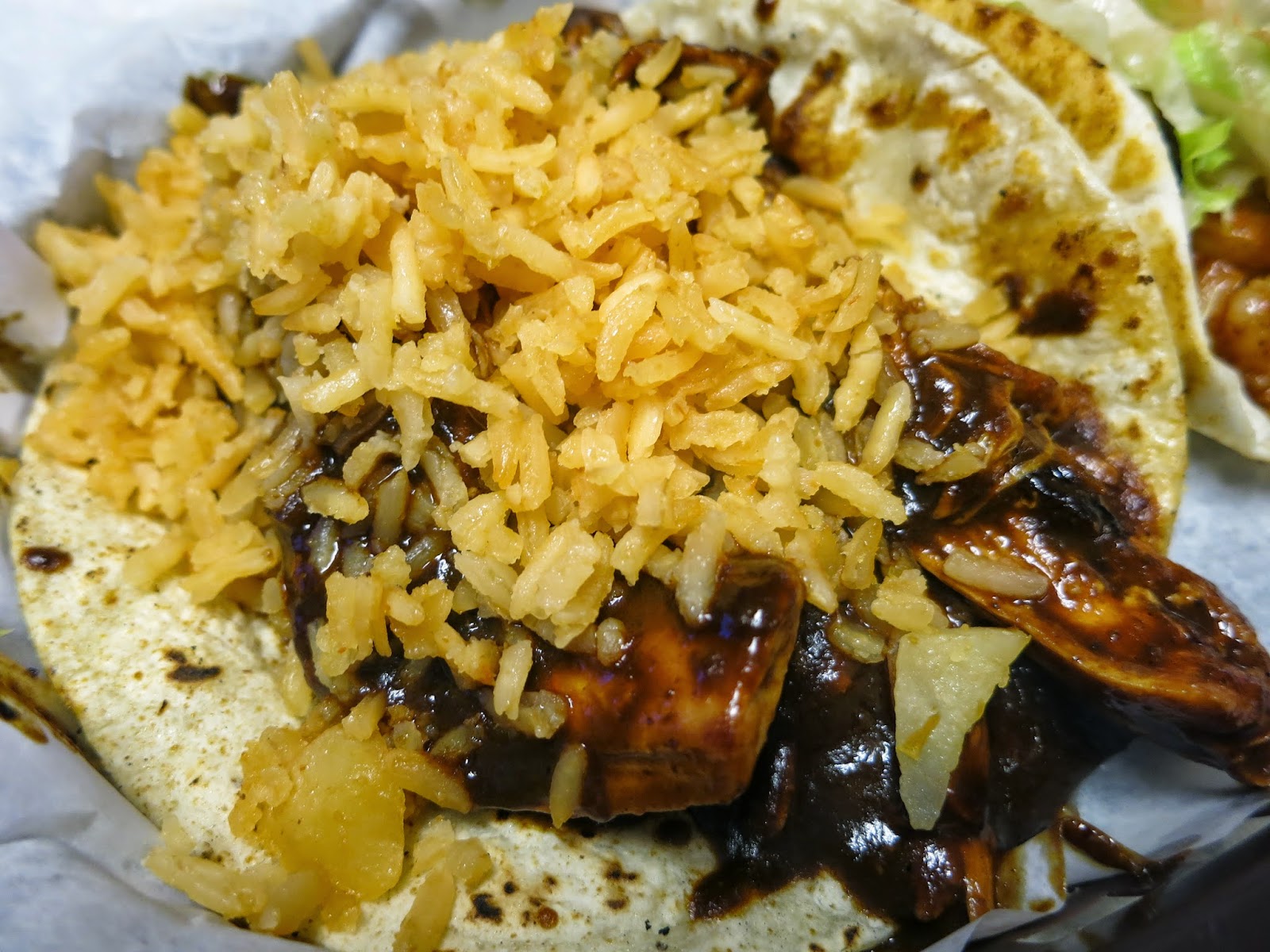