When the news broke that the eastside location of La Pasadita was shuttering it made many people sad, just don't count me as one of them. What was often mentioned amongst peoples best tacos in town never deserved to be so as most people who loved the place were wasted when visiting. Long story short their char grilled steak which was then steamed was and continues to be (they still have two locations across the street) way overrated. Enter Authentaco. This is the taqueria that took over the old school hamburger building where drunken hipsters used to congregate after too many Malorts with a PBR backer. No longer an eye sore they kept the beautiful white paneling revealed when Pasadita's paint was stripped. They also have some wonderful artwork inside and a patio in back that will that transfer you from the busy intersection to a quaint backyard on a quiet suburban street. 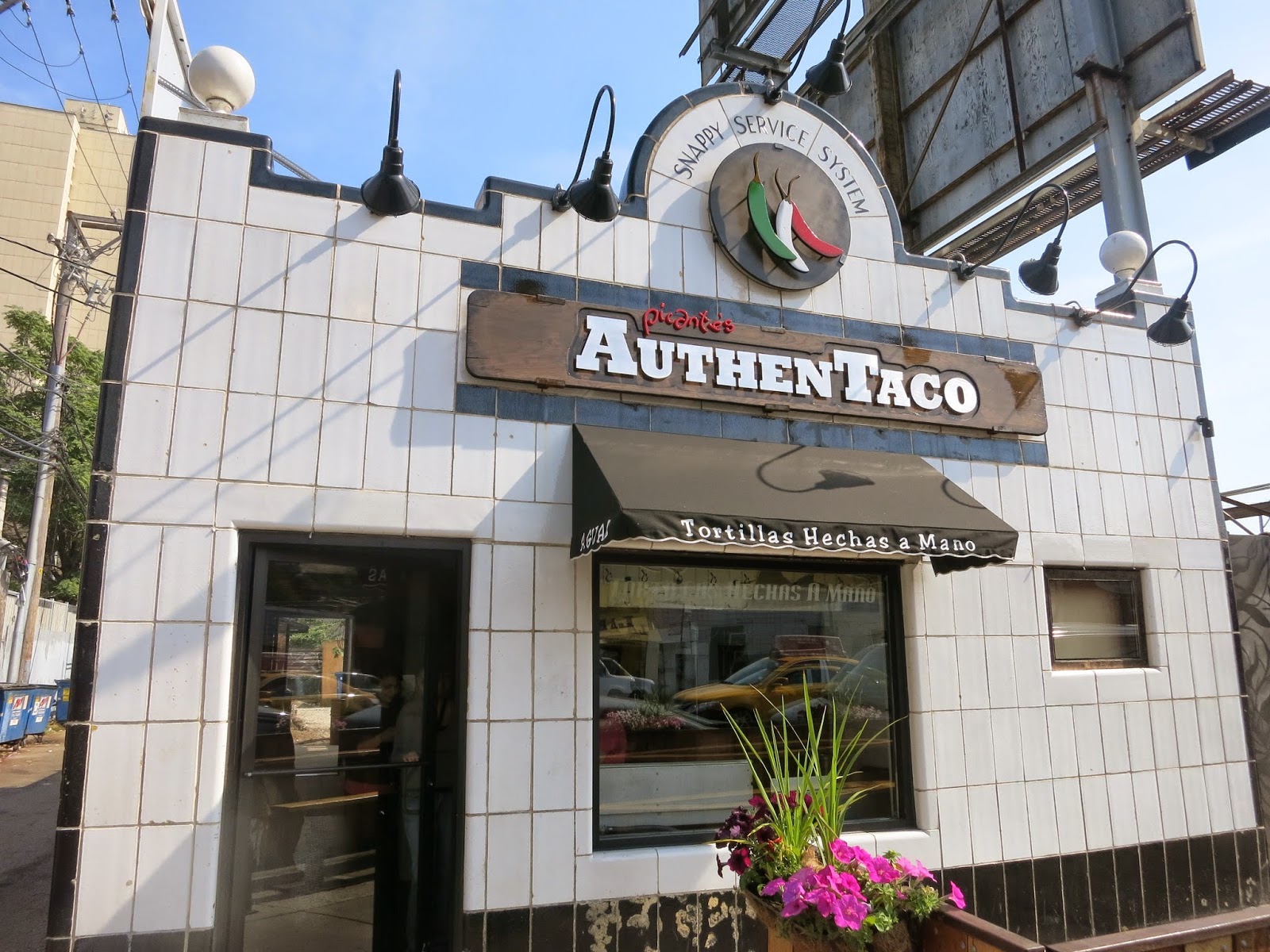 Authentaco is the second taqueria of the guy behind Picante on Division. I should point out that I know one of the guys who helped build the concept and create the recipes used for their taco fillings. The focus of the house is on two things the first being tortillas made fresh by hand. When walking by or pulling up you'll notice the friendly ladies in the window at work with them. The other focal point is the fillings that go inside the tortillas. They have a couple handfuls of guisados aka thick stewed meats on offer. Options like barbacoa, chicharrones, and plenty of vegetarian options await. One of the more popular fillings thus far has been the huitlacoche aka corn smut. This less than desirable sounding filling is actually thee thing to order from here. Earthy flavors molded with melted cheese on a thicker than norm housemade tortilla is one of the better bites I've had all year. I recommend trying it in quesadilla form. On top of all the regular filling options there's also a few market specials each week. Recently one featured was a taco alambre made with their top notch carne asada, bacon and sauteed peppers and onions which are then topped with cheese, you don't see these outside of the Fox River Valley Region too often. It's always nice to visit a taqueria thats doing a few things different than the norm. Welcome to the rotation. 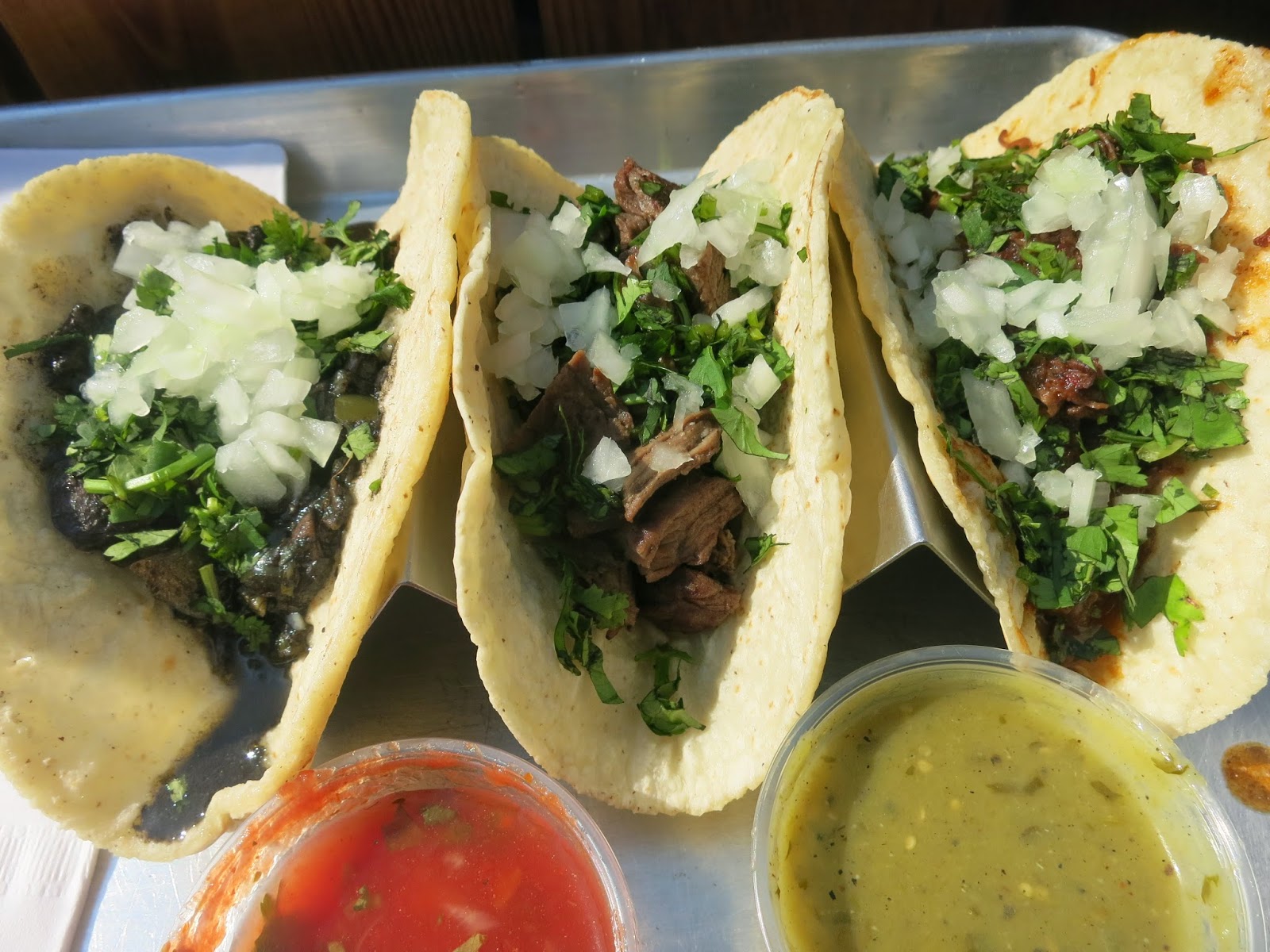