Eating like a local:
Regional food specialties
- The Interesting Tacos of Iowa 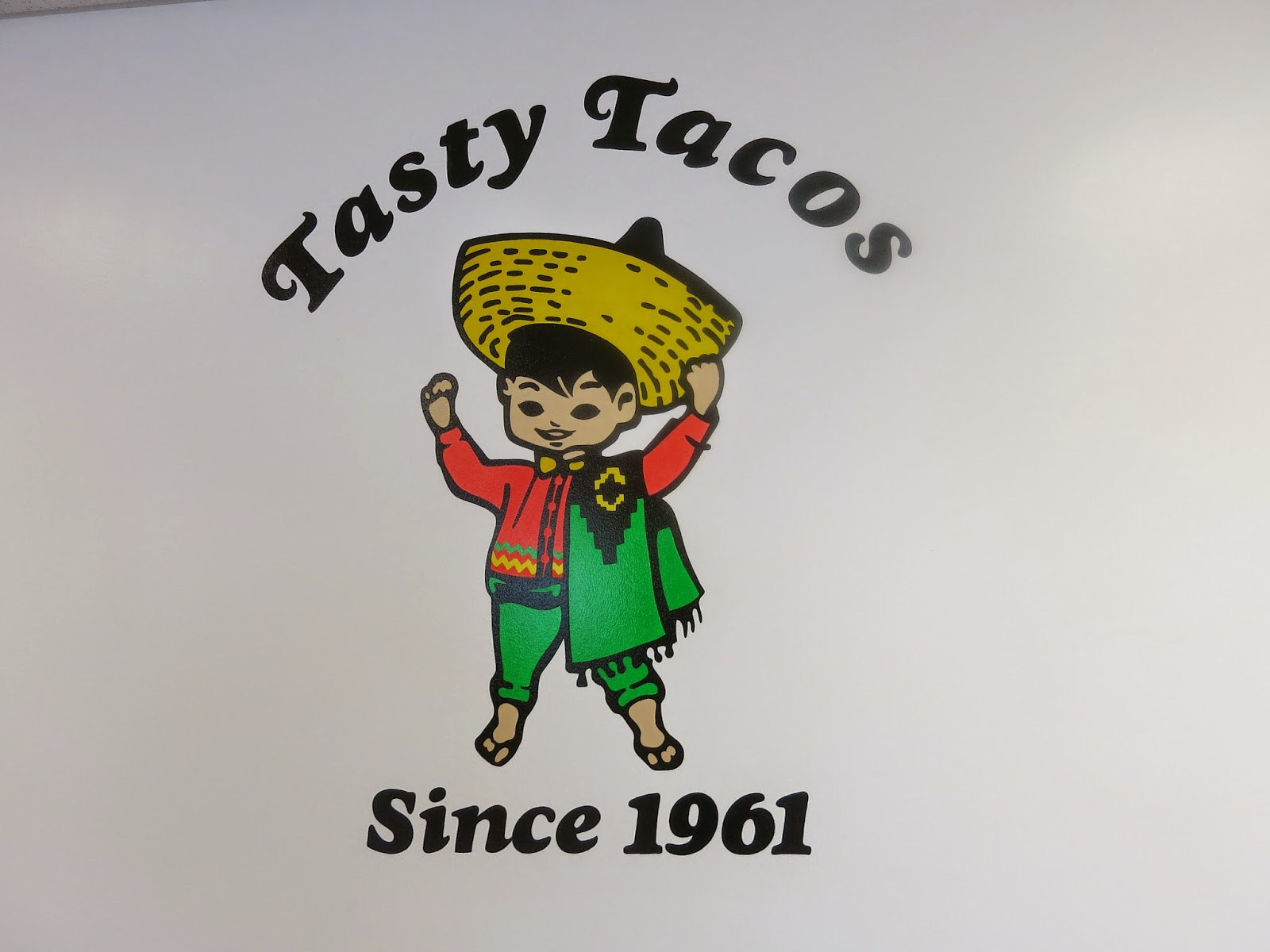 Regular readers know I love to try the old school "American-Mexican" places as I call them. There's both history and unique to the house recipes that these places push. Tasty Tacos is a local chain but they're no different from what I just described. The namesake tacos are what they're known for. Made with flour these weren't quite San Antonio style puffy tacos but more like a cross breed of both them and an Indian frybread taco from what I could taste. The ground beef was pretty bland but the 1970's salsa took it up a notch. I'm not jonesing to go back but have a feeling I would if stopping thru. Maybe I'll catch baseballs next big thing this upcoming May before he's playing at Clark and Addison the rest of the way. Though I might of missed my shot. 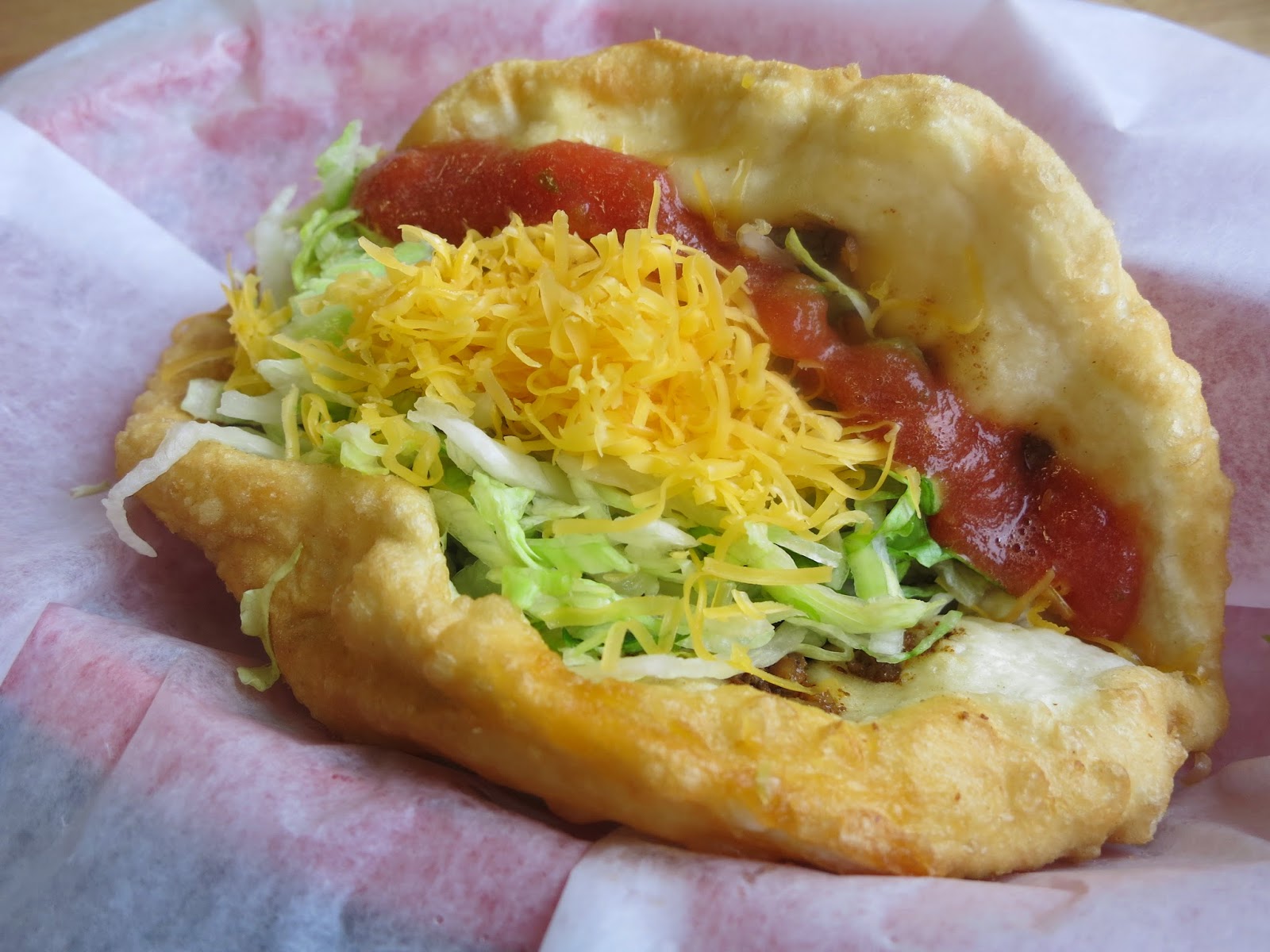 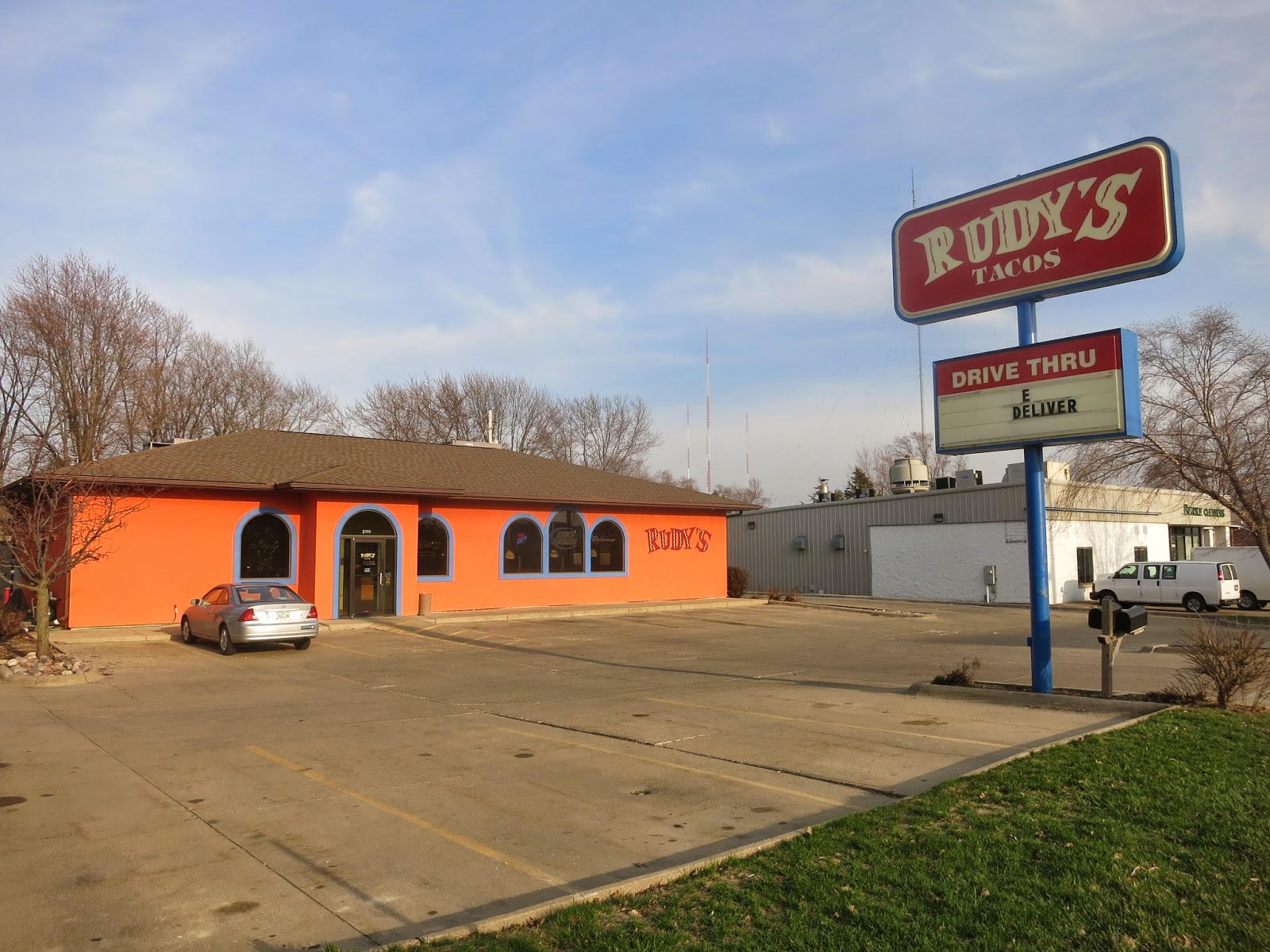 Over 40 years ago Rudy's Tacos started out in a tiny location in the Village of East Davenport, it seated 15-20 people. Since the late 70’s Rudy’s has grown into a regional chain that includes 11 other locations in both Iowa and Illinois. Banking off the Taco Bell popularity these are actually much better than than Glen Bell's product. No they're not anything worth driving more than 4 miles for but they use a well seasoned beef and at least at the location I visited, they fried the shells fresh. 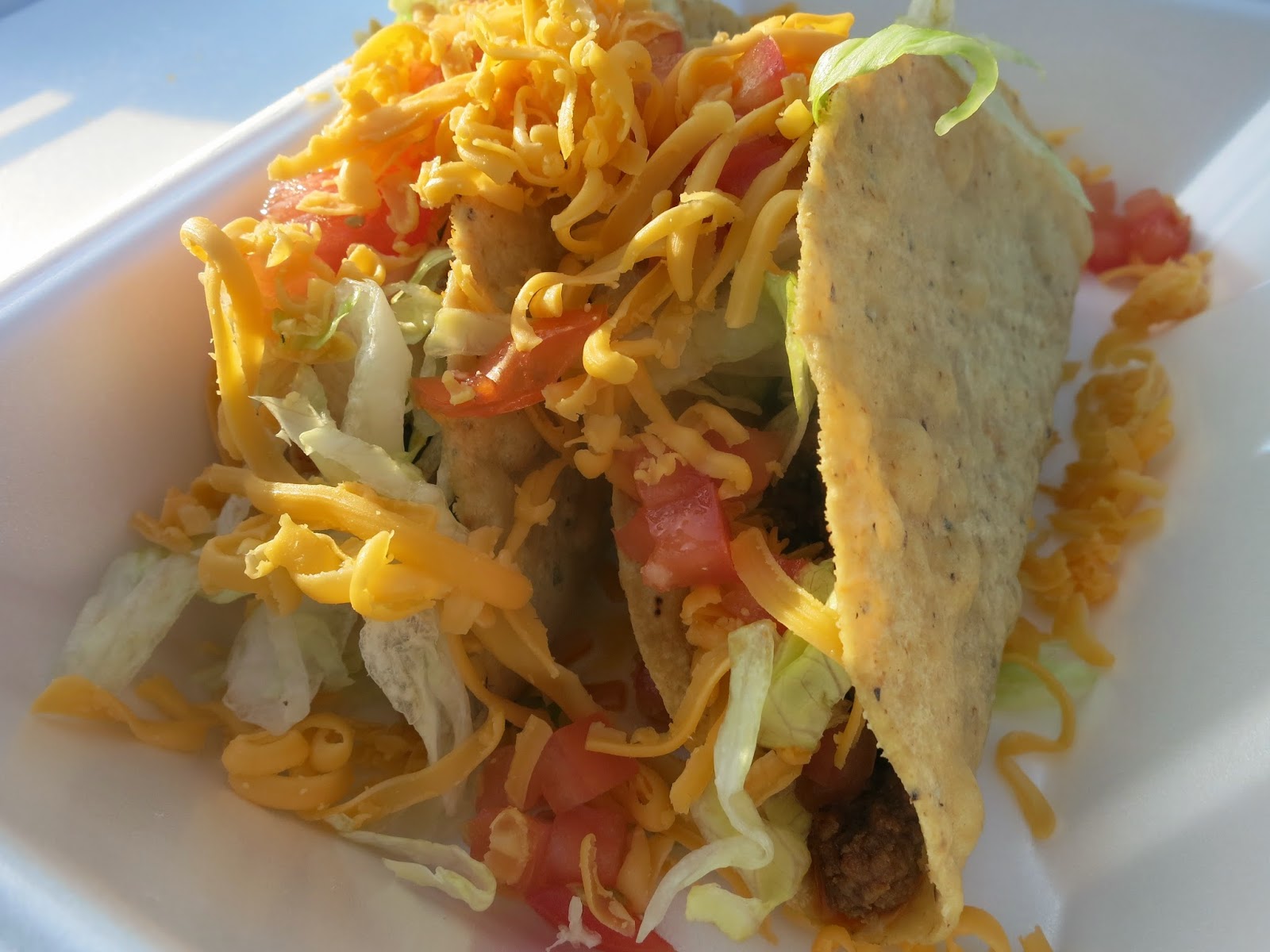 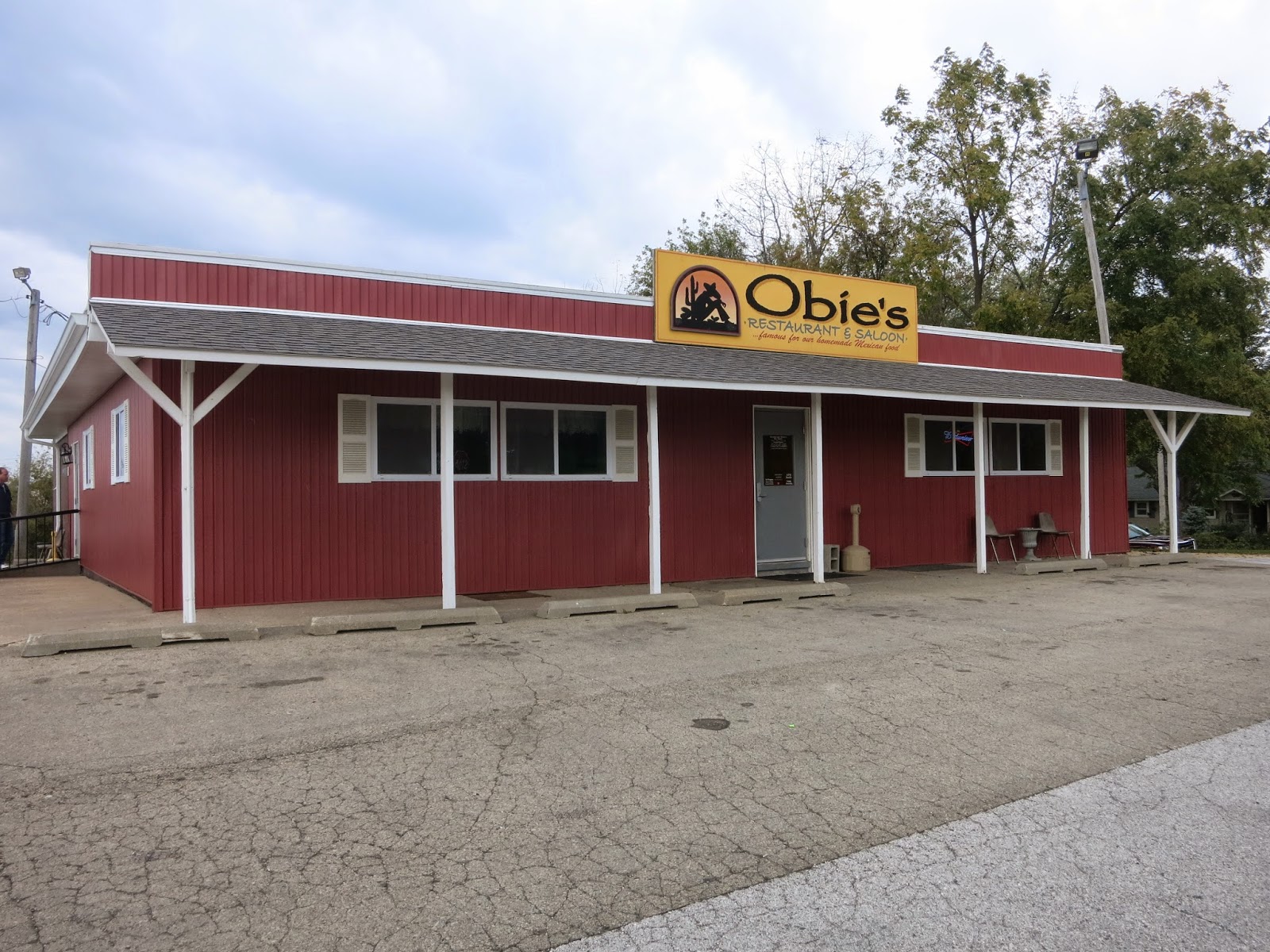 Obie's West in Maquoketa, Iowa - "Home of the famous taco"

This is definitely a new one for me, and an appropriate post for Halloween. Obie's West is a popular stop with locals from around it's way and also bikers riding around the Great River Road. Located about 30 minutes South of Dubuque I cant remember exactly how I'd read about this place but smart money says it was thru googling 'fried tacos' and 'Iowa' together. 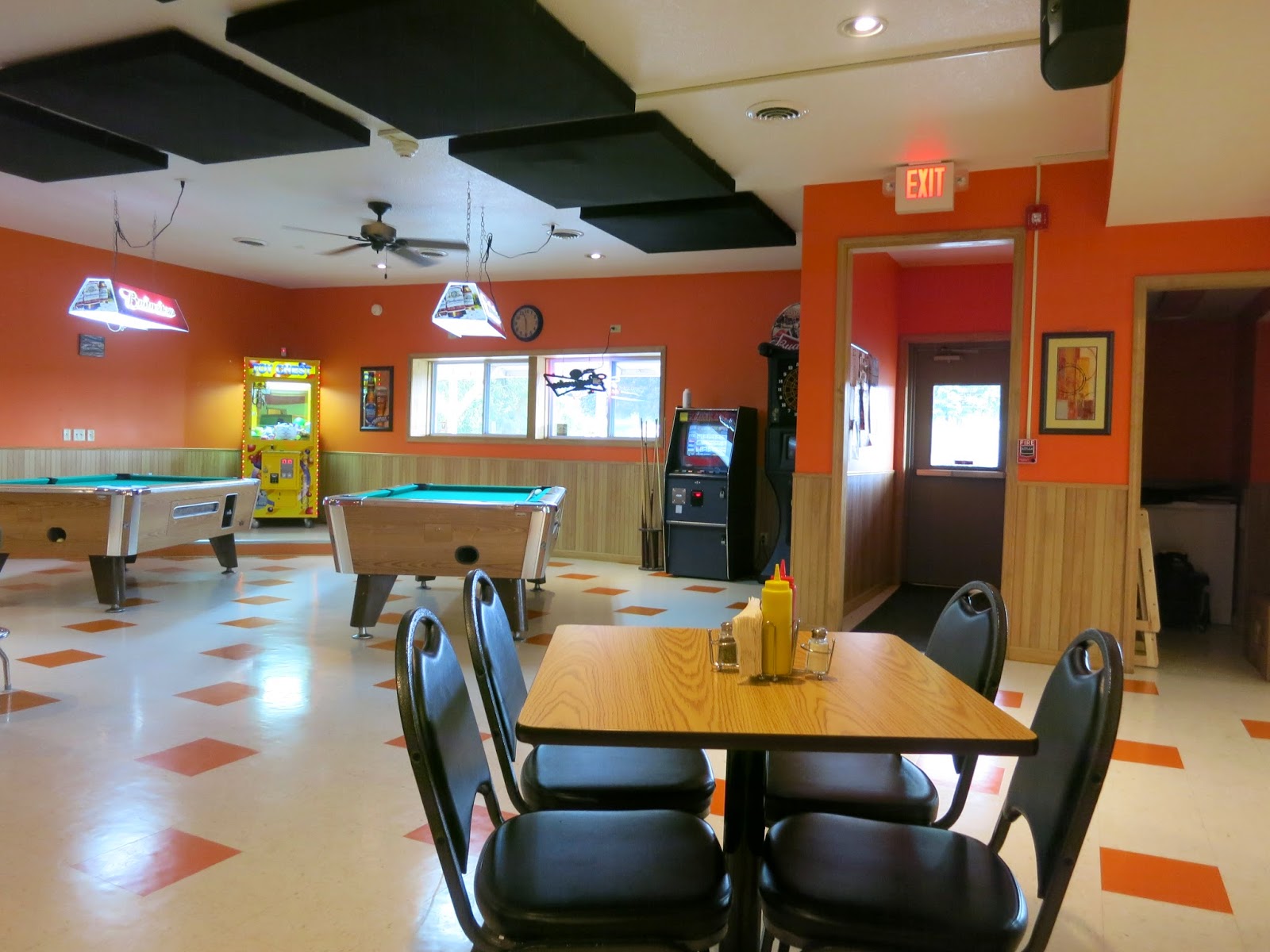 We got there around opening so no bikers and or drinkers yet but after we sat a few people came in for lunch. The fried taco was why we were there and we each ordered one with ground beef inside. 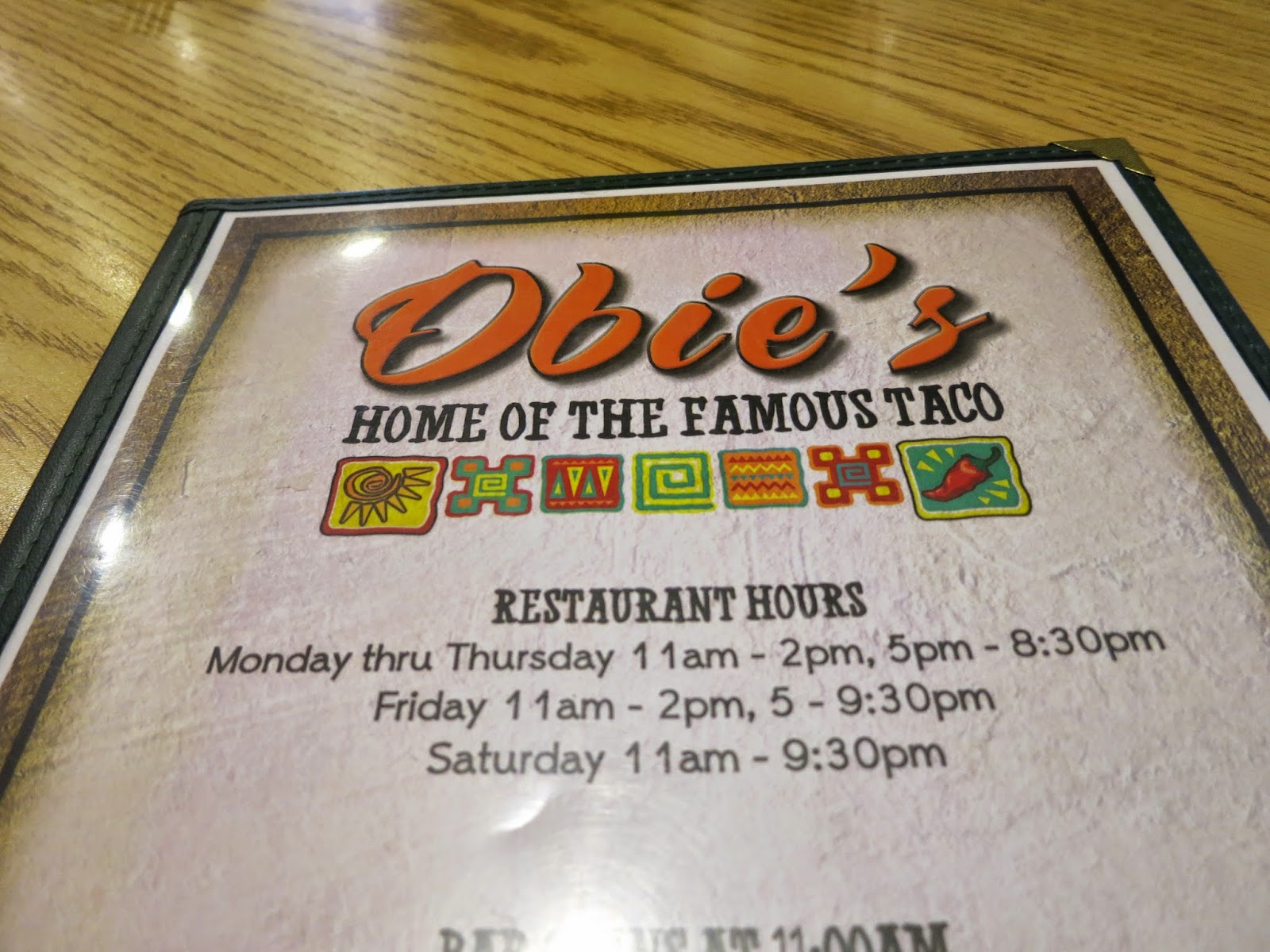 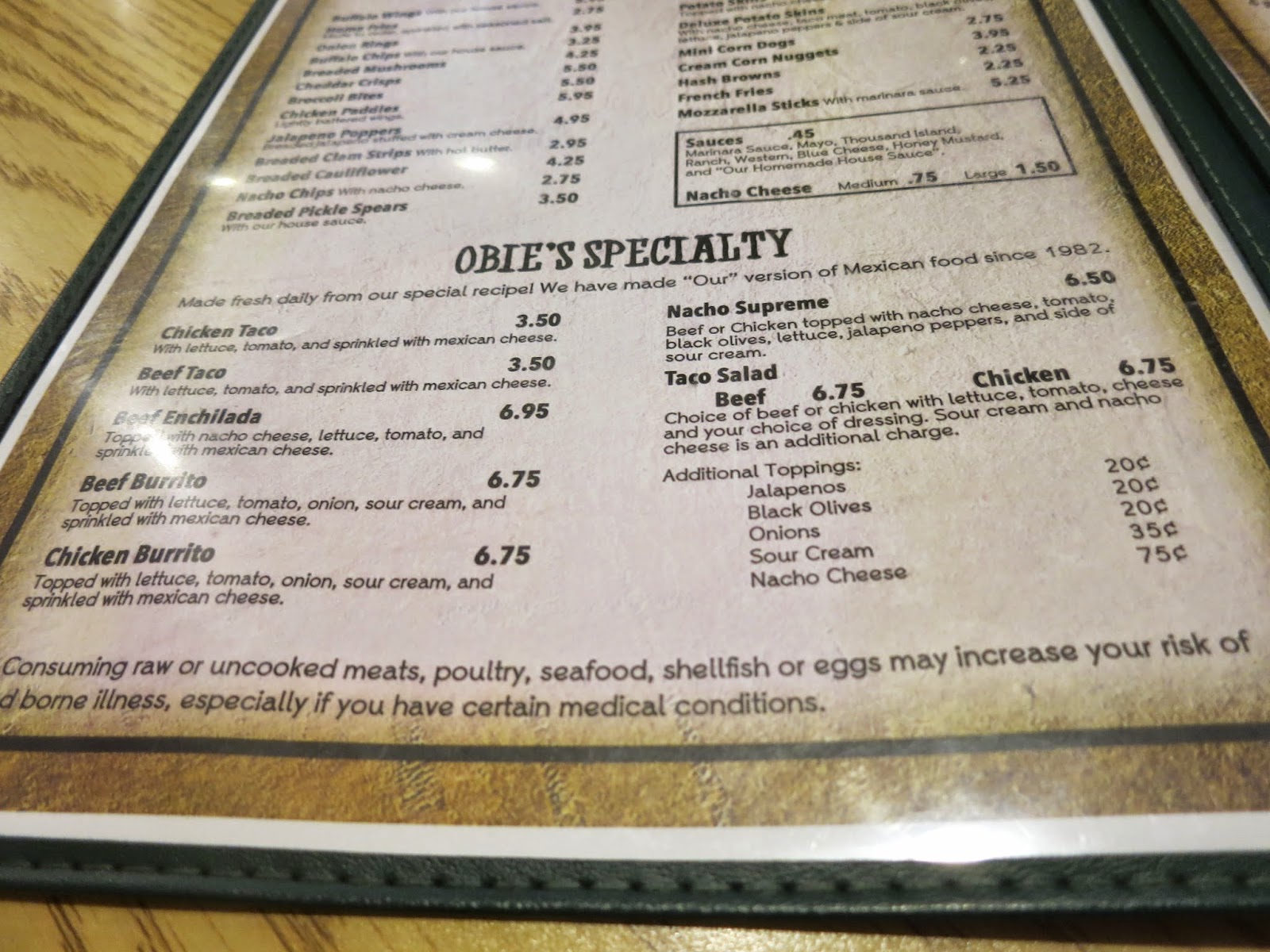 Your version of Mexican food is the weirdest I've ate to date. While it doesn't mean the food will be good or bad but there wasn't a sign of a Hispanic person in sight, the employees looked like Roseanne Connor's sisters and thats it. I've ate alot of fried tacos but never anything like this. 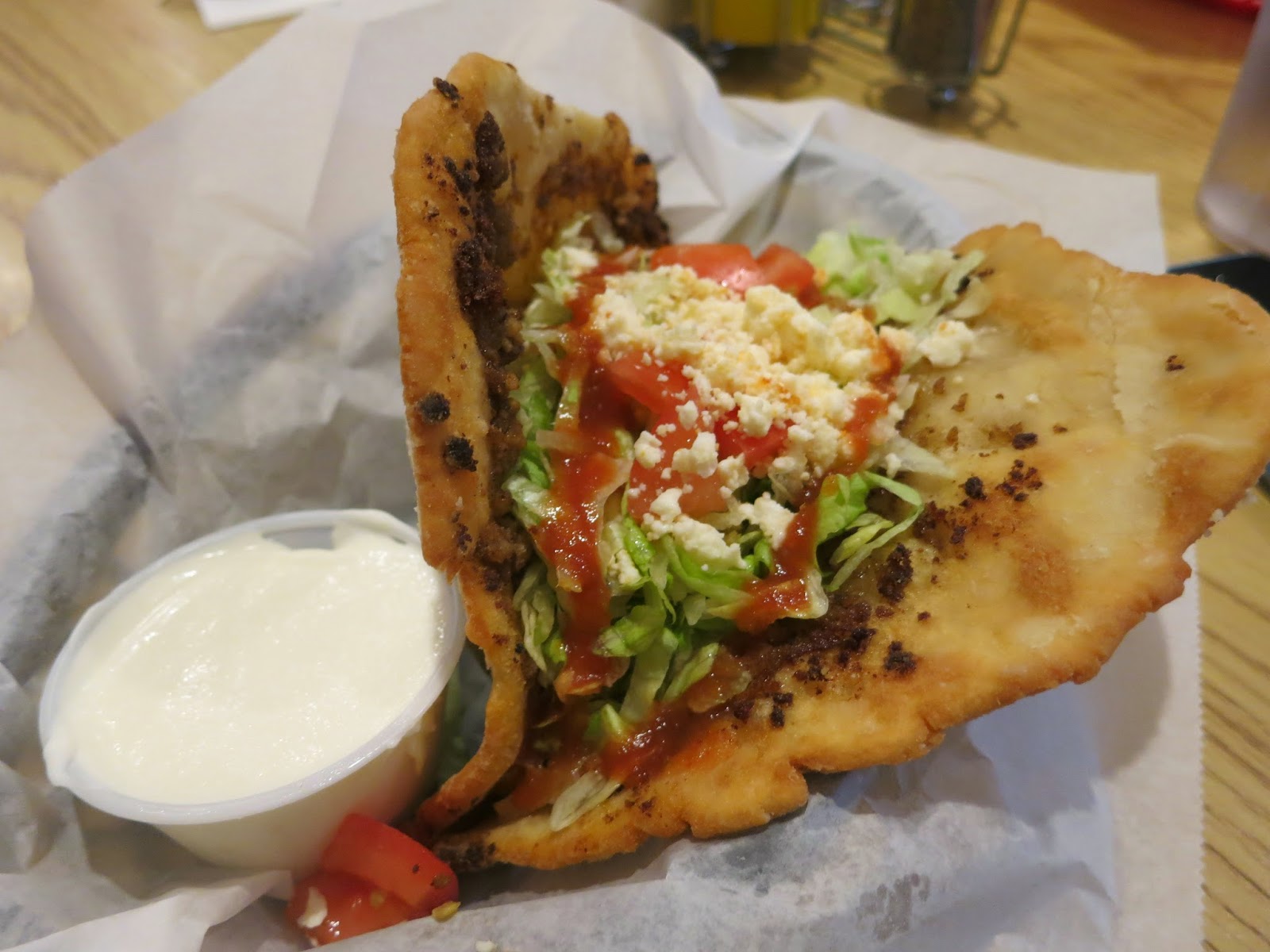 What you're seeing is what I perceived to be some sort of pita/pizza dough combination that takes a quick trip into the deep fryer before getting stuffed with beef that can best be described as well spiced loose meat. On top of that goes the holy trinity of gringo trailer parks nationwide, of course it wouldn't be complete without a side of sour cream. This didn't taste like a taco. It had the flavor profile of some pita sandwich bought at 3am from a mysterious cart on a random European city street. Except it wasn't the meat that was the mystery, what the hell was up with the pita/tortilla that had the consistency of play-dough I'll never know. I'll also never have a valid idea as to how people eat these, not just the fact they're so damn scary but also because they're the equivalent of a medium supreme pizza, a heart attack waiting to happen. That said, I heard one girl order three and she didn't look like the type to share. If there is a next time it'll be when I find myself at the bar with the clock nearing Midnight and the bottle of moonshine in front of me nearing on empty. Despite all this, I'm glad we stopped in, never had anything like it and I try and experience most everything at least once. 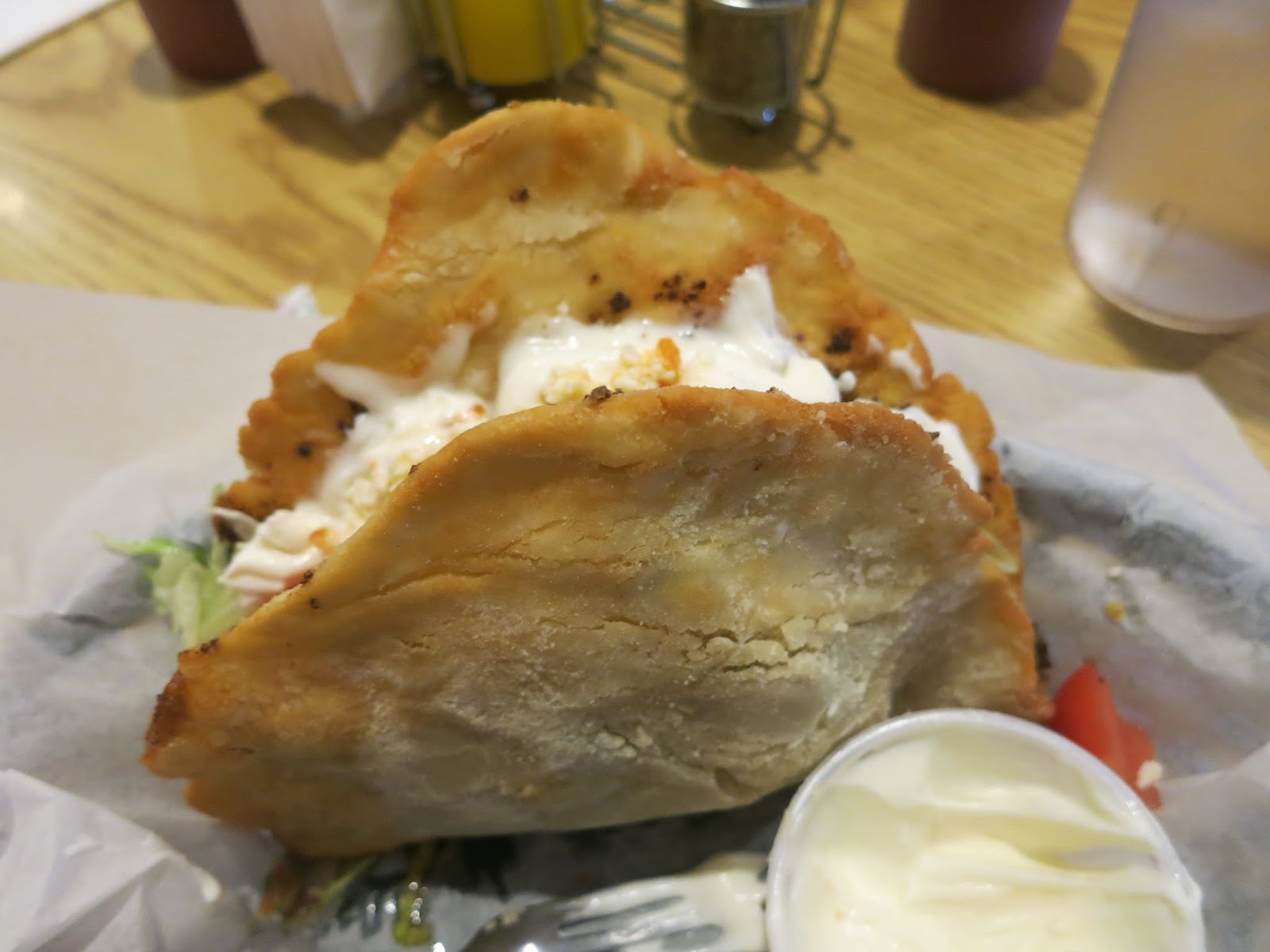 My friend took me to try my first Tasty Taco this month. I loved it! Especially the hot sauce in the squirt bottle.

Follow our signals today and profit up to 270% a day.