We stay in Indiana except leave the region to heads towards South Bend and Amish-land for some Malaysian food, tacos, fried fish and pie. Last year around this time I took a ride down this way to see some Fall Foliage and of course eat some roadfood. First stop was a place I had wanted to try after first learning about it. Satay House is in South Bend's sister city Mishawaka. It's owned by two ladies one of whom is from Thailand and the other Malaysia. Seeing as we don't have many Malaysian options in Chicagoland it seemed like the perfect lunch stop while in the area. 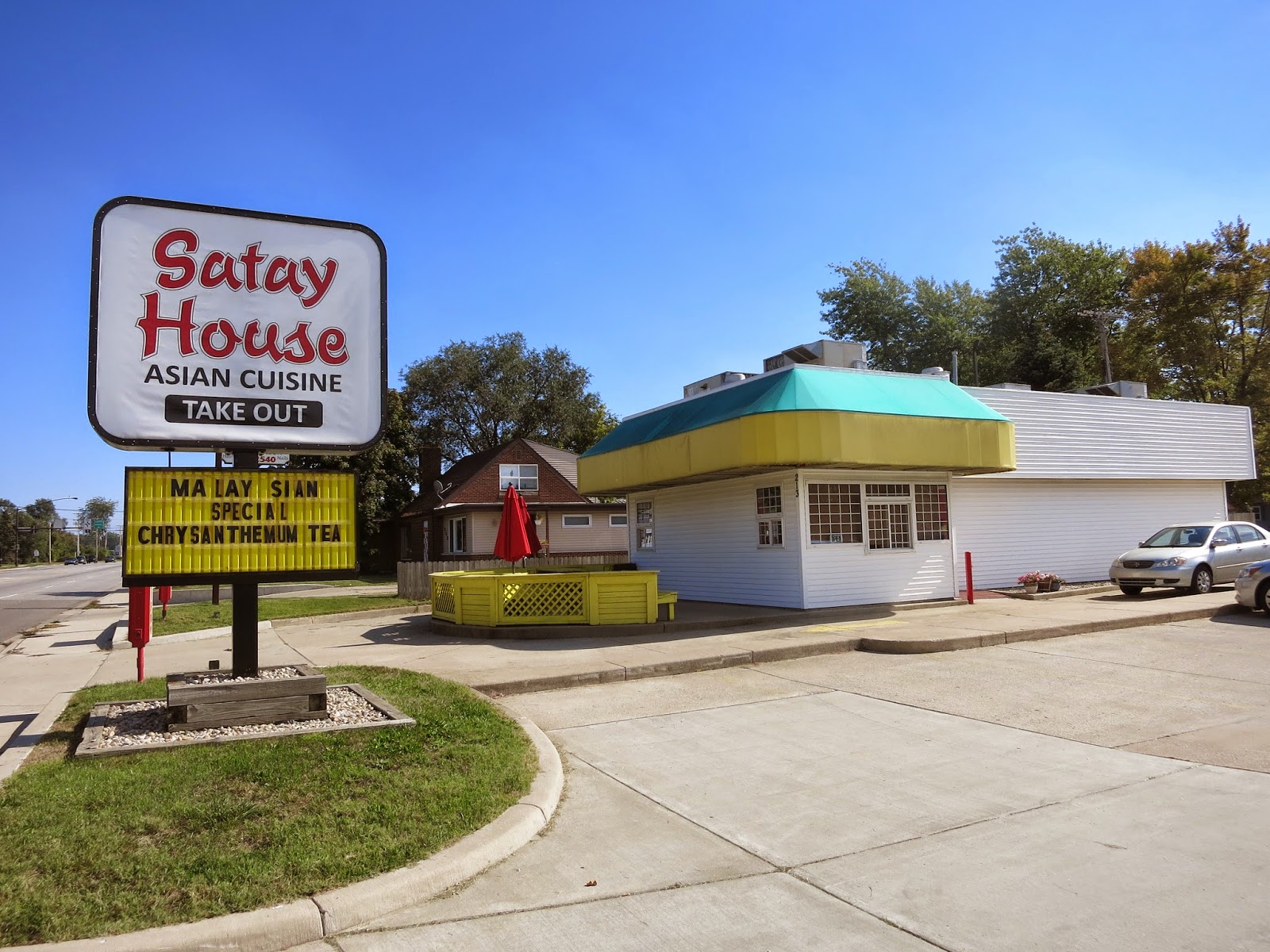 Pretty empty upon entering what was obviously a fast food franchise at one point. There were two ladies enjoying soup and conversation but they were quick to pop up and seat us with menus. Before the order was even made a homemade egg roll on the house was brought out. It turned out just to be the start of a very tasty meal you wouldn't expect to be eating on the outskirts of Amish Indiana. 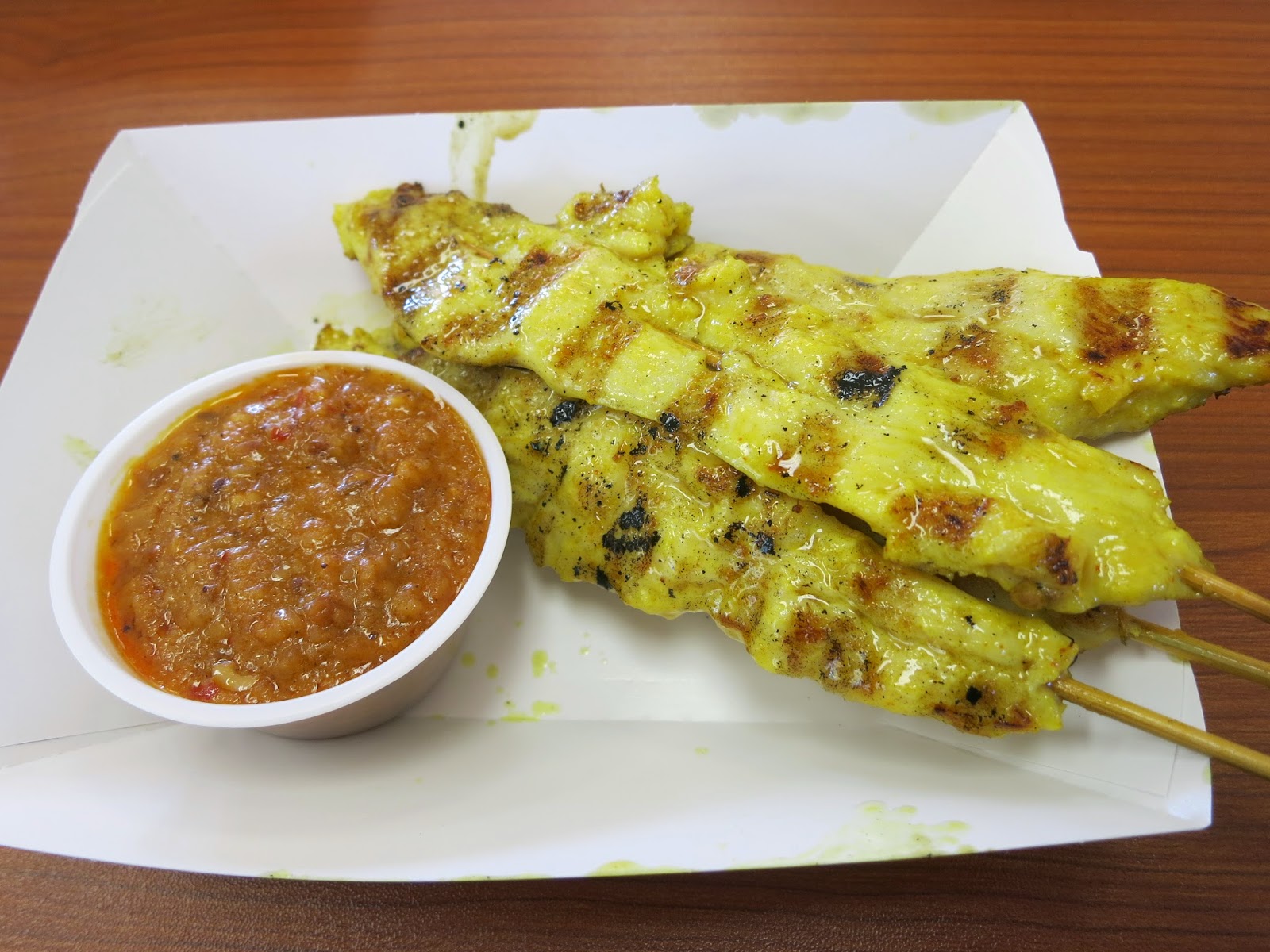 First order up. Had to go with a starter of their namesake satay. This is one of a few Malaysian dishes on offer. I usually don't order satay all that often when out and that may be because I've never had meat served on a stick that tasted like this. I loved the thin cut extra fragrant strips of chicken with a powerful peanut dipping sauce so much I almost ordered more and fought myself off the rest of the time spent dining. That's because there were a couple of other Malaysian offerings I wanted to try from the menu. Those being an order of the roti and also the chicken rendang. 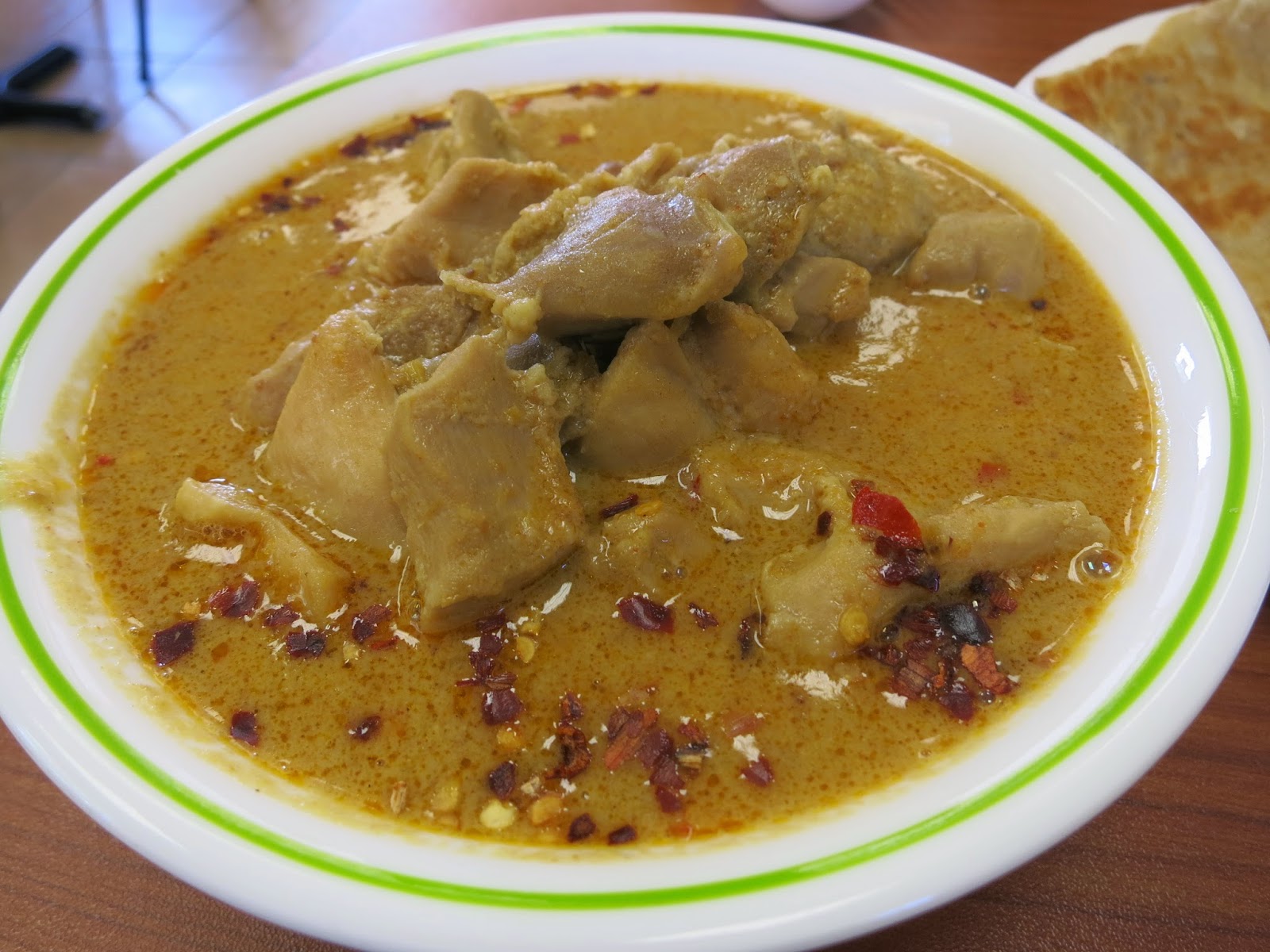 I really liked both of these, especially together. The roto was flaky towards the middle but nice and crispy around the edges and made for the perfect mop for the rendang sauce which was very pleasing on a cool fall day. The flavor depth was better than any other rendang I've tasted but unfortunately my experience is limited. One of the owners (The Thai lady) was doing the cooking and making sure we enjoyed everything. She was showing how everything is made with fresh high quality ingredients by flaunting some of her farmers market gets from earlier that morning. She was a real sweetie proud to back her restaurants dishes. Maybe you can do better in the area as far as eating out goes, I don't know, but I do know you can do much worse. Check them out.

As we made our circle taking us around the area which would end around a place known for their fried fish we rolled thru the small little town of Ligonier located on the Southeast outskirts of Amish, Indiana. It seems to be a pretty low key place with a major majority of the population having a Mexican background. 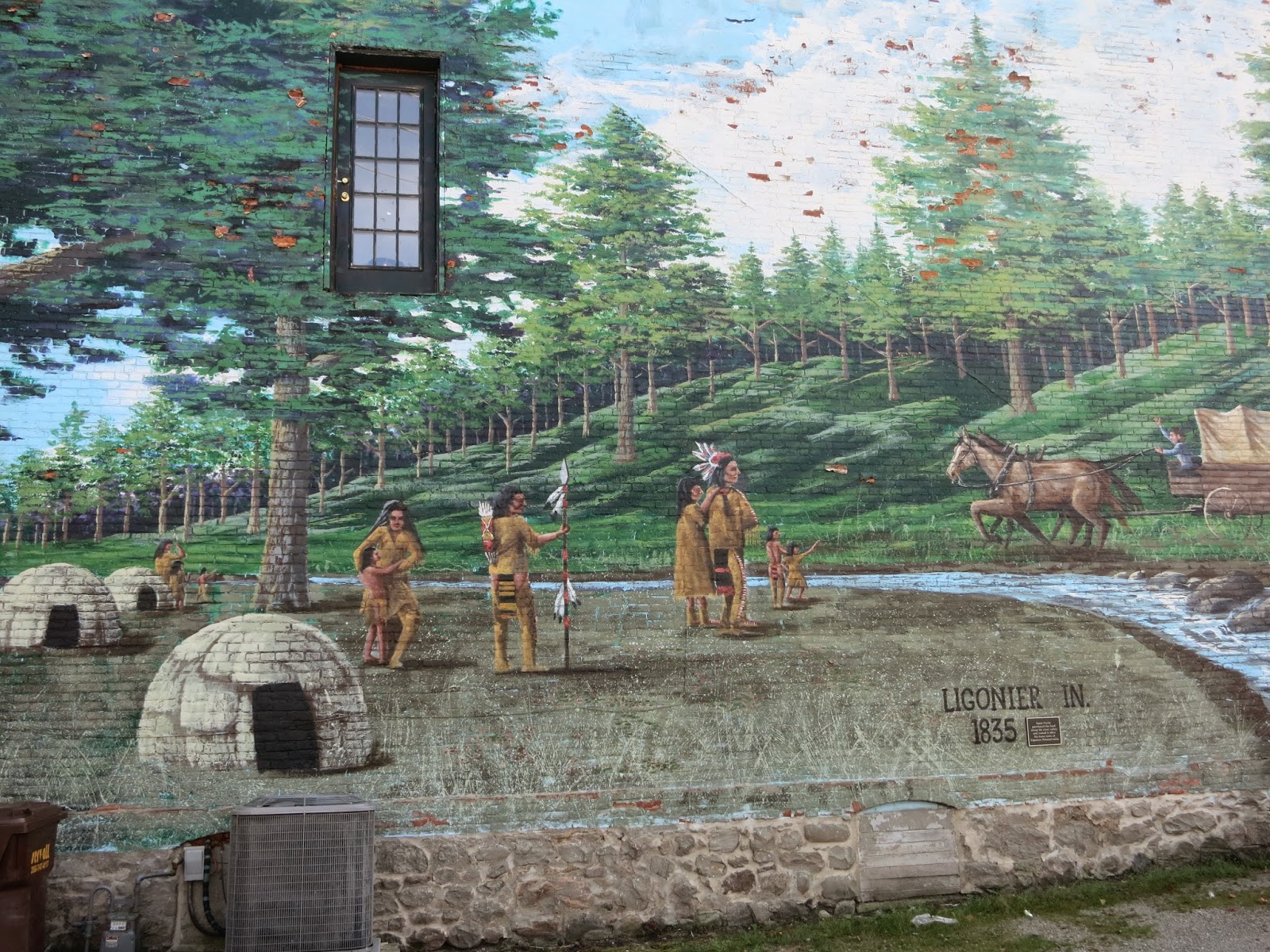 As we rolled down their Main street we noticed that there were quite alot of taco options as a handful of Mexican restaurants and grocery stores to go with them braced the block. We decided to try a few. 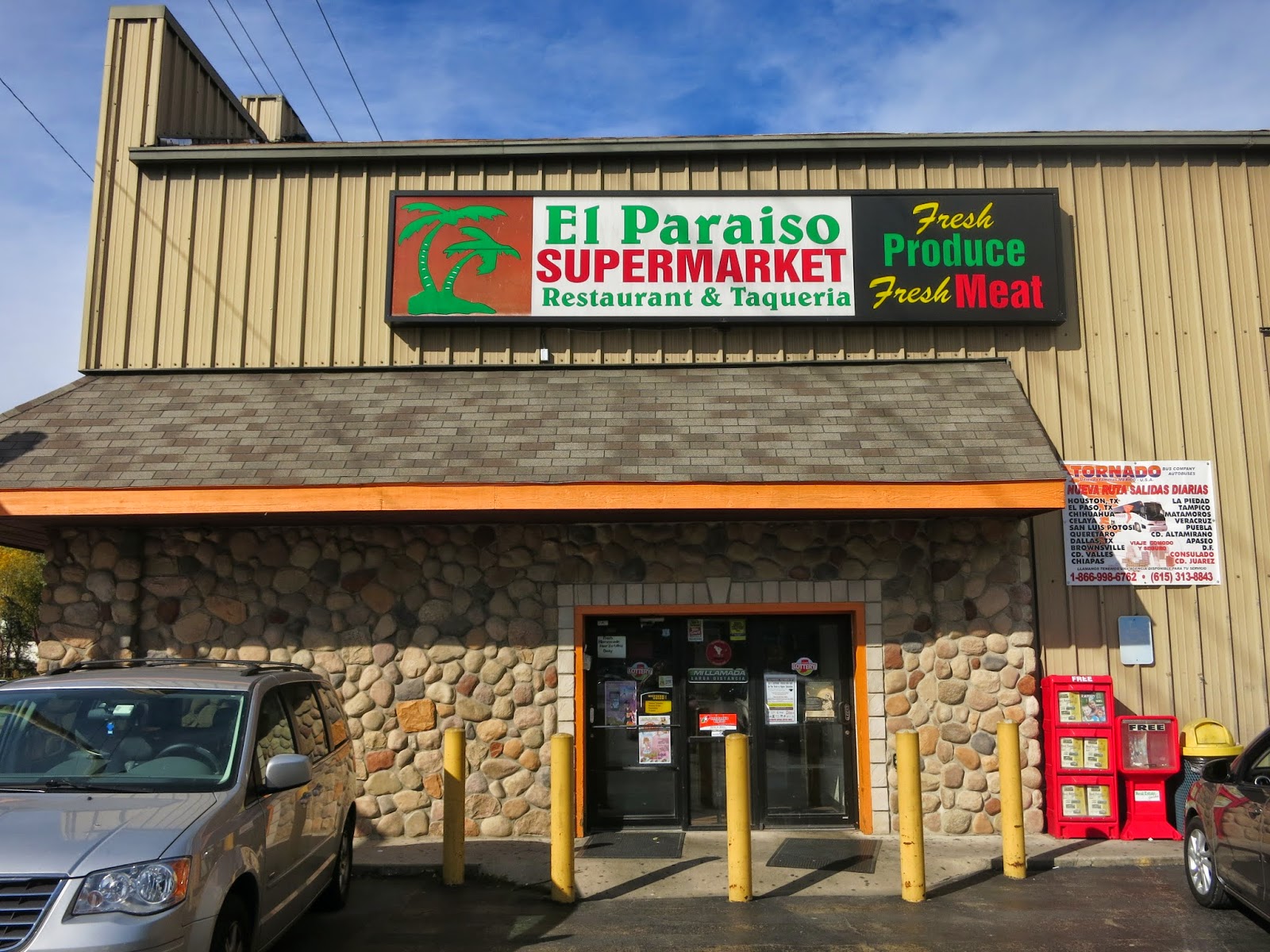 First stop was a place that had a packed parking lot which is usually a good sign. El Paraiso seemed to be the areas main grocer as they were doing steady business in that part of the store as well as the restaurant. Anytime I see some sort of house specialty I try it more times than not and here they put their name on a taco prepared with sour cream, cheese and avocado. I tried mine with the freshly made carnitas and was very impressed that I was eating a taco in Small-town Indiana that I'd regularly eat in Chicago. It was very good. 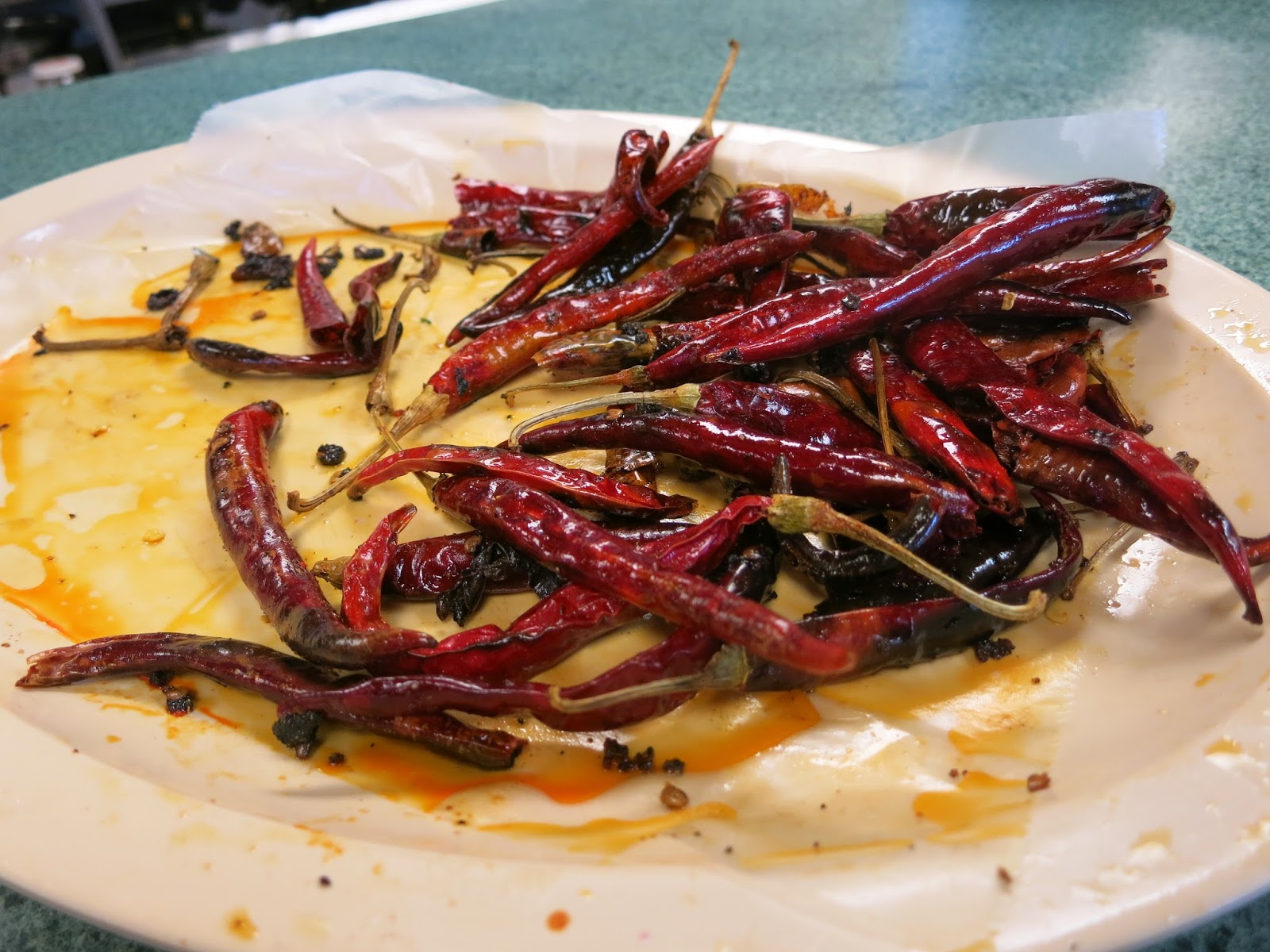 Roasted Dry Peppers for your plate 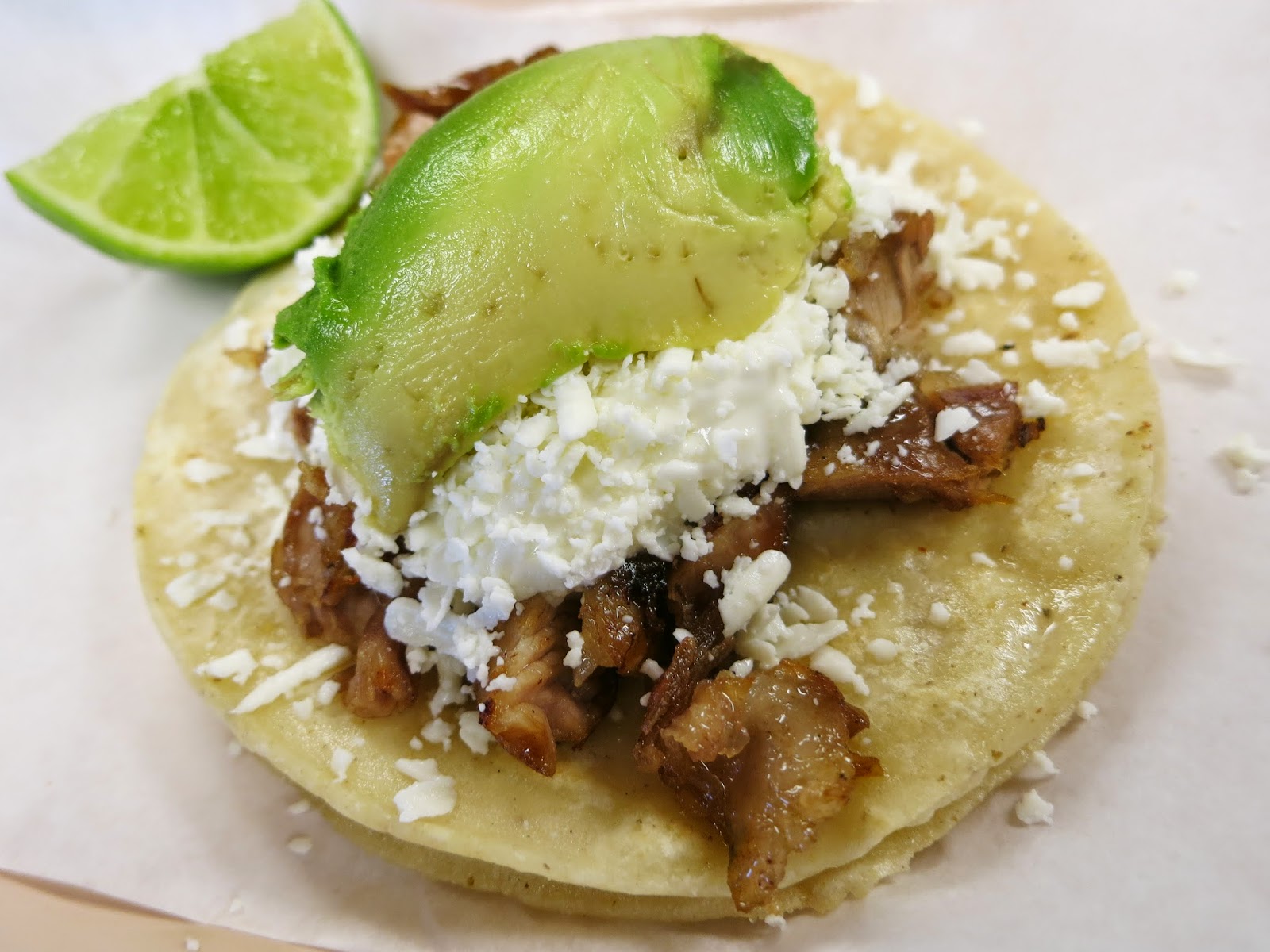 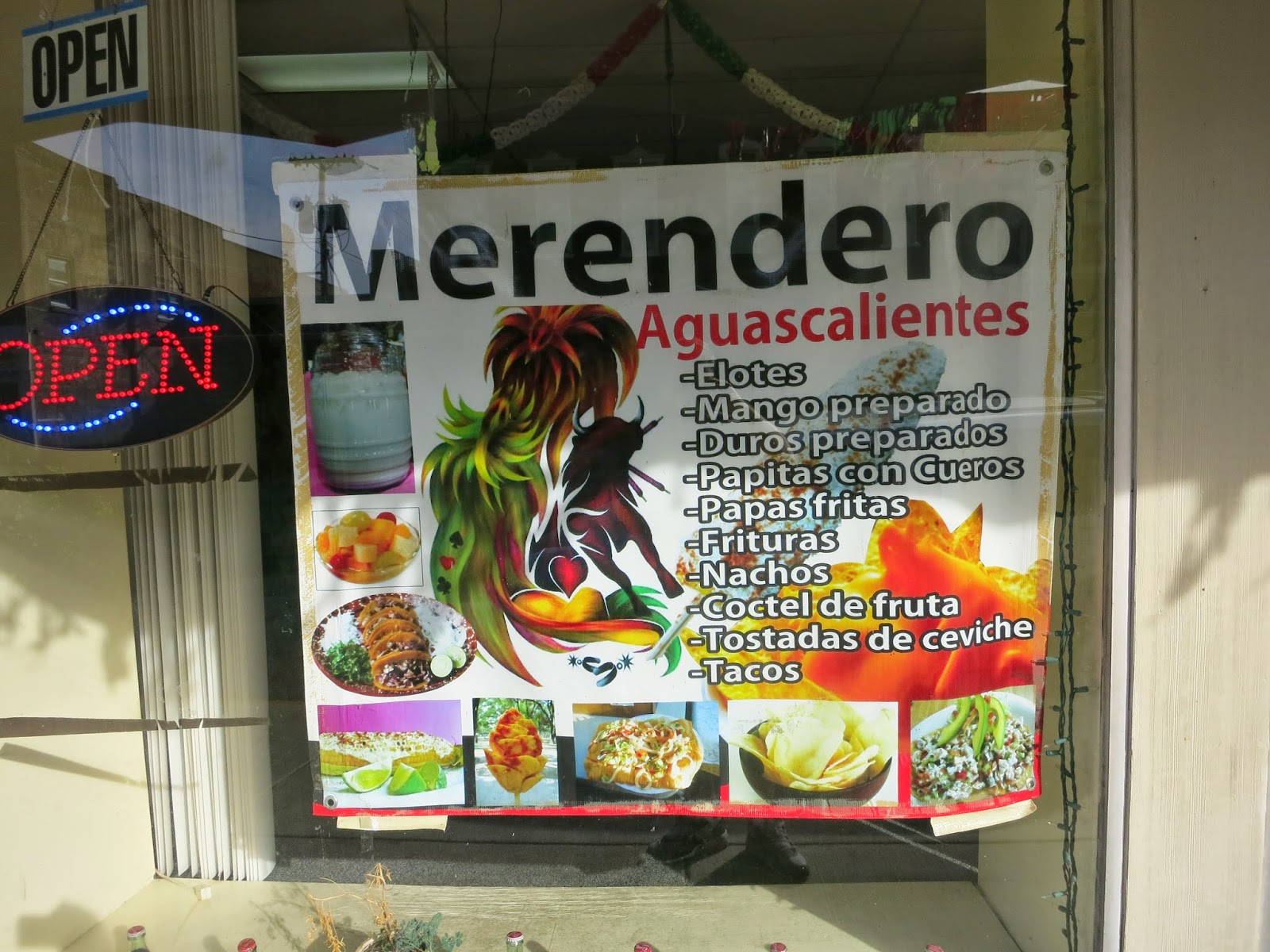 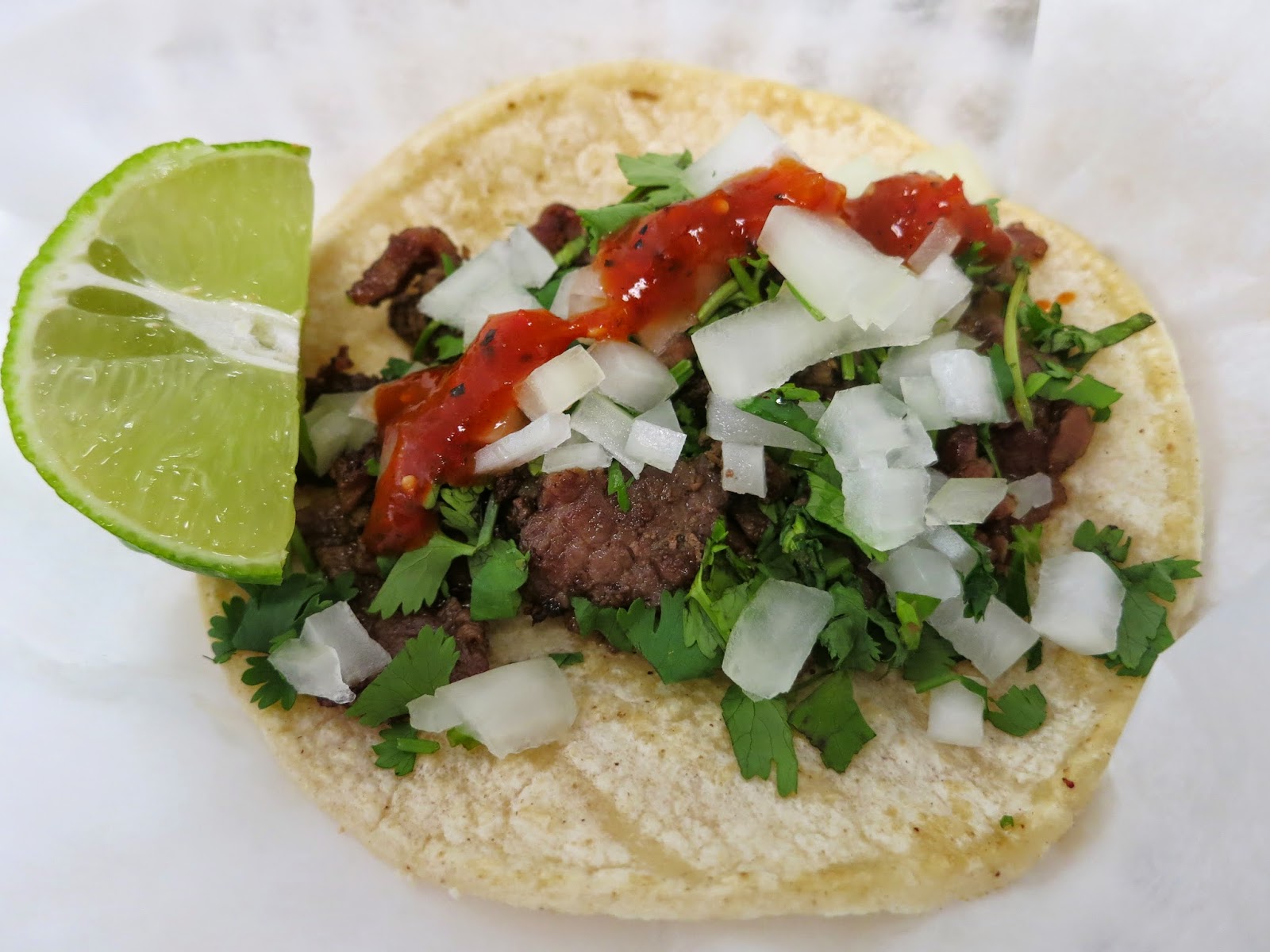 This stop on the same main drag had tacos in the style of Aguascalientes, Mexico including a beef labios (lip) offering. Excellent, so succulent with real deep beef flavor. 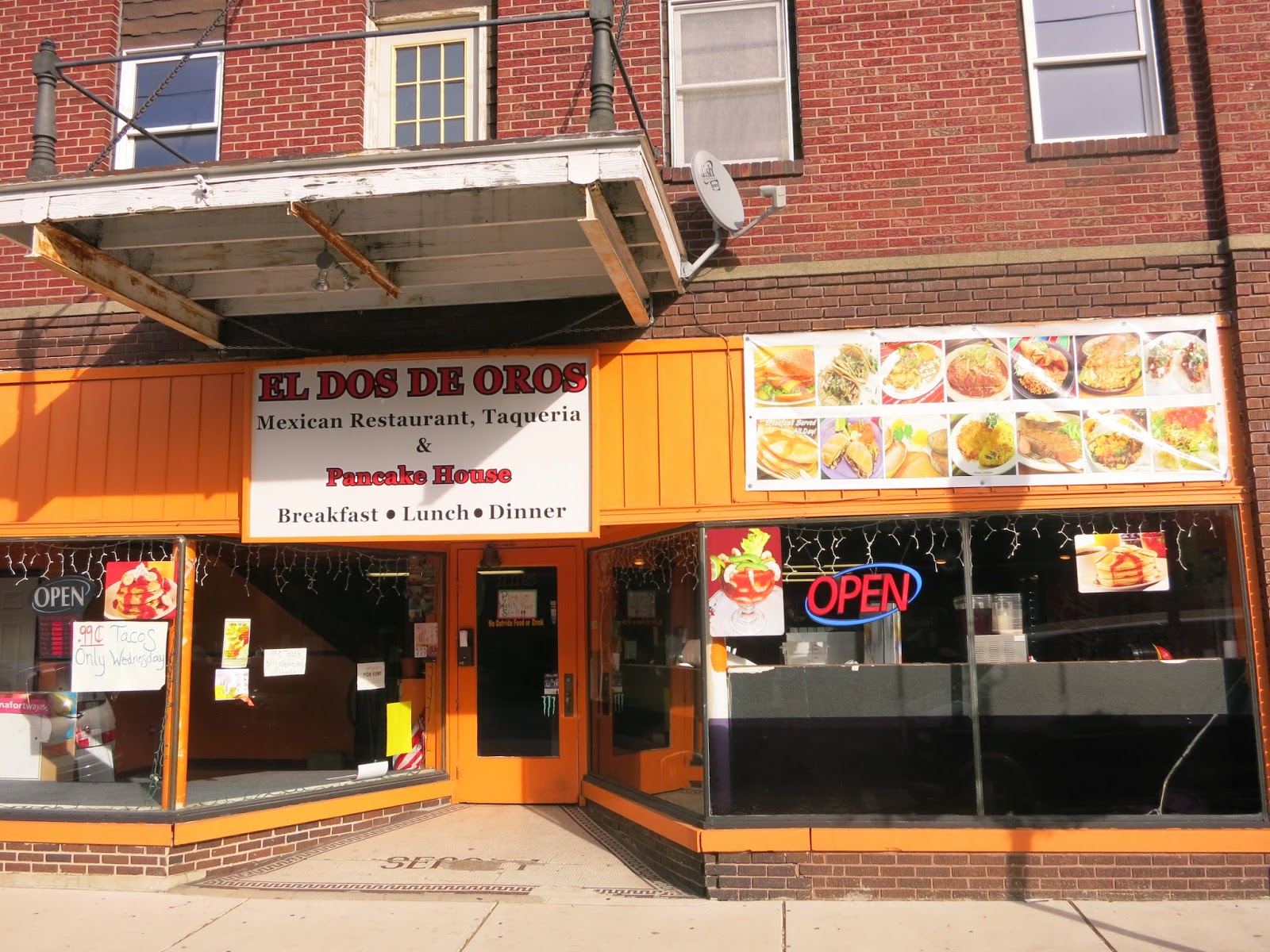 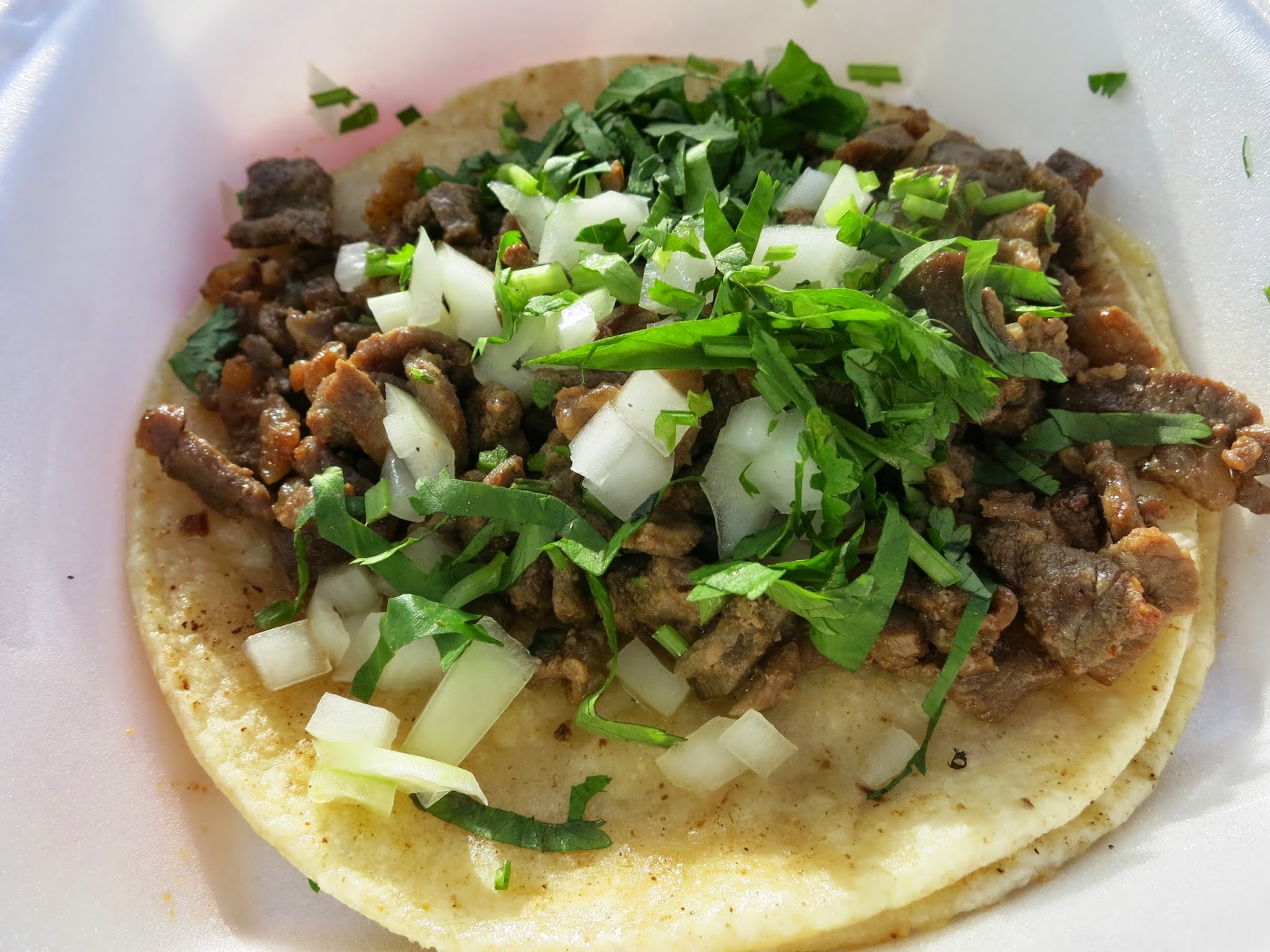 Not as good of luck with this other spot a few doors down. Just some below average steak but they were extra friendly inside. 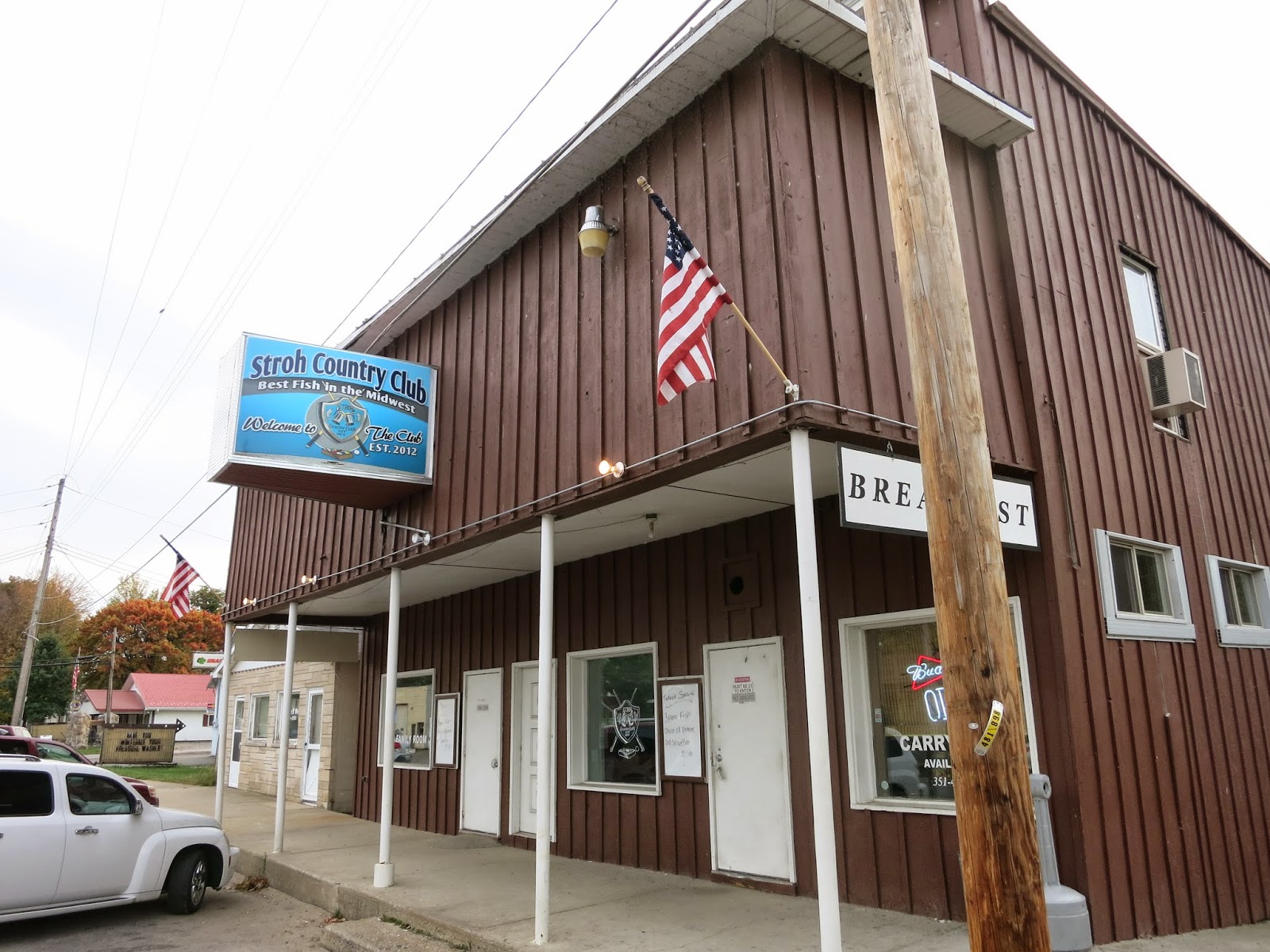 For whatever reason, fish sandwiches and fried fish shacks in general are big all around Indiana and not just the Northwest region on the lake. Today's stops are in a smaller lake community located inland. The story of the Gropp's famous fish is a pretty well known one in these parts. So it goes "The origins of Gropp's Famous Fish of Stroh go back to 1956 when Elvin and Millie Gropp decided to sell their family farm and open a tavern in Stroh, Indiana. To bring new customers to the tavern, the Gropp's decided to begin serving food. Millie began to perfect a "secret" breading mix for fish to appeal to the surrounding lake communities. The fish recipe became such a success that people came from miles around to enjoy Gropp's Famous Fish. The Gropp's developed their 'Famous' tartar sauce, coleslaw and original home-style recipes that became favorites of Fish of Stroh fans." 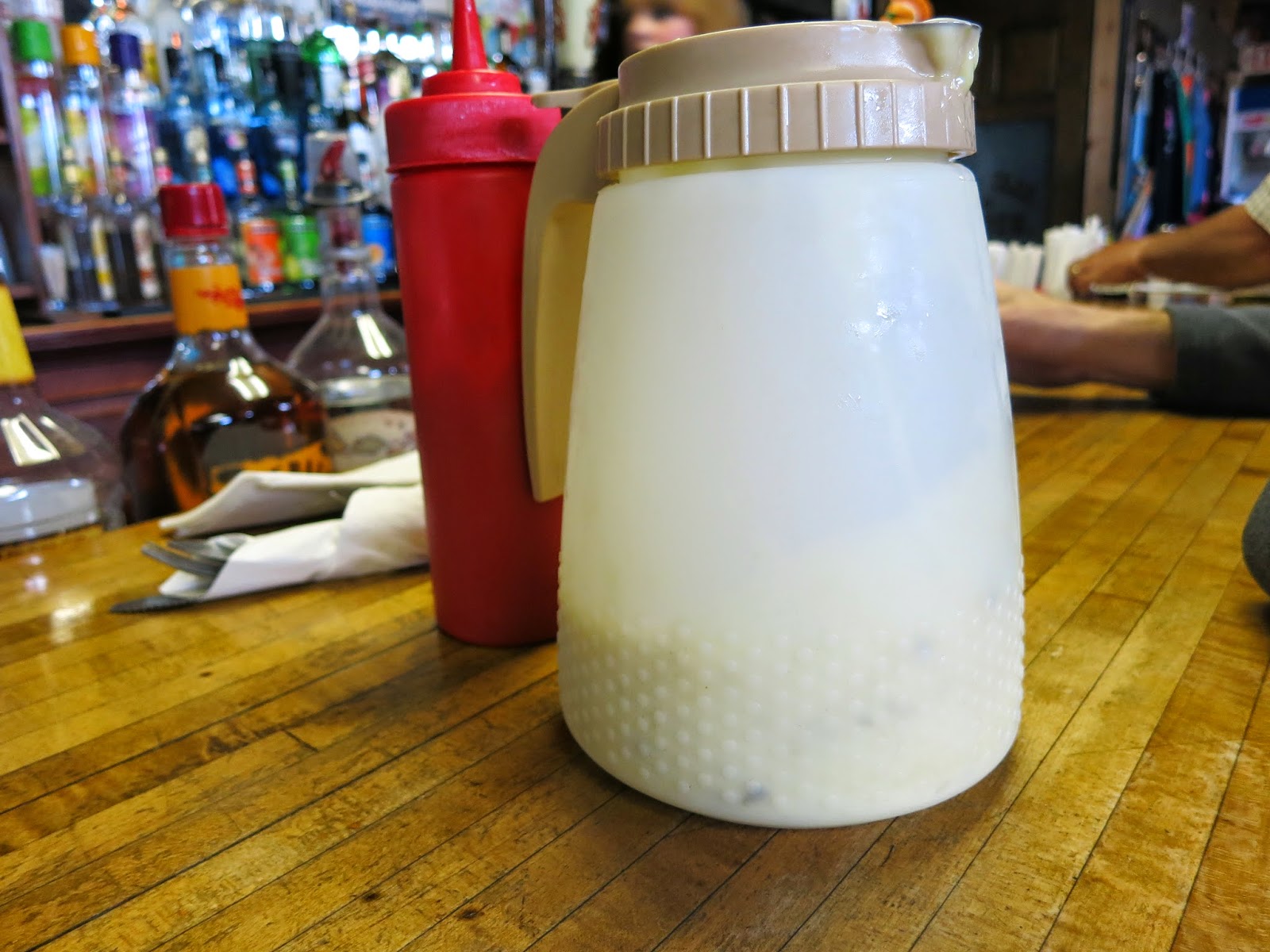 These days there seems to be a few businesses in different areas around the region selling this specially breaded fish. We checked out the one in Lagrange that doubles as a tavern. Stroh's Hideaway was indeed that as I don't remember many other businesses in the area. There was a small crowd and about half of them had the fish basket and a beer and thats the same reason we were there. I'm pretty easily satisfied when it comes to a few nicely breaded well fried pieces of fish but this wasn't that. I couldn't quite pinpoint the ingredients in the breading but I thought it wasnt working as it was a little too soft for liking, perfectly browned but very loose when touched. The hushpuppies were alright while High Life's were cold. Always fun to check out a local legend regardless of the outcome. 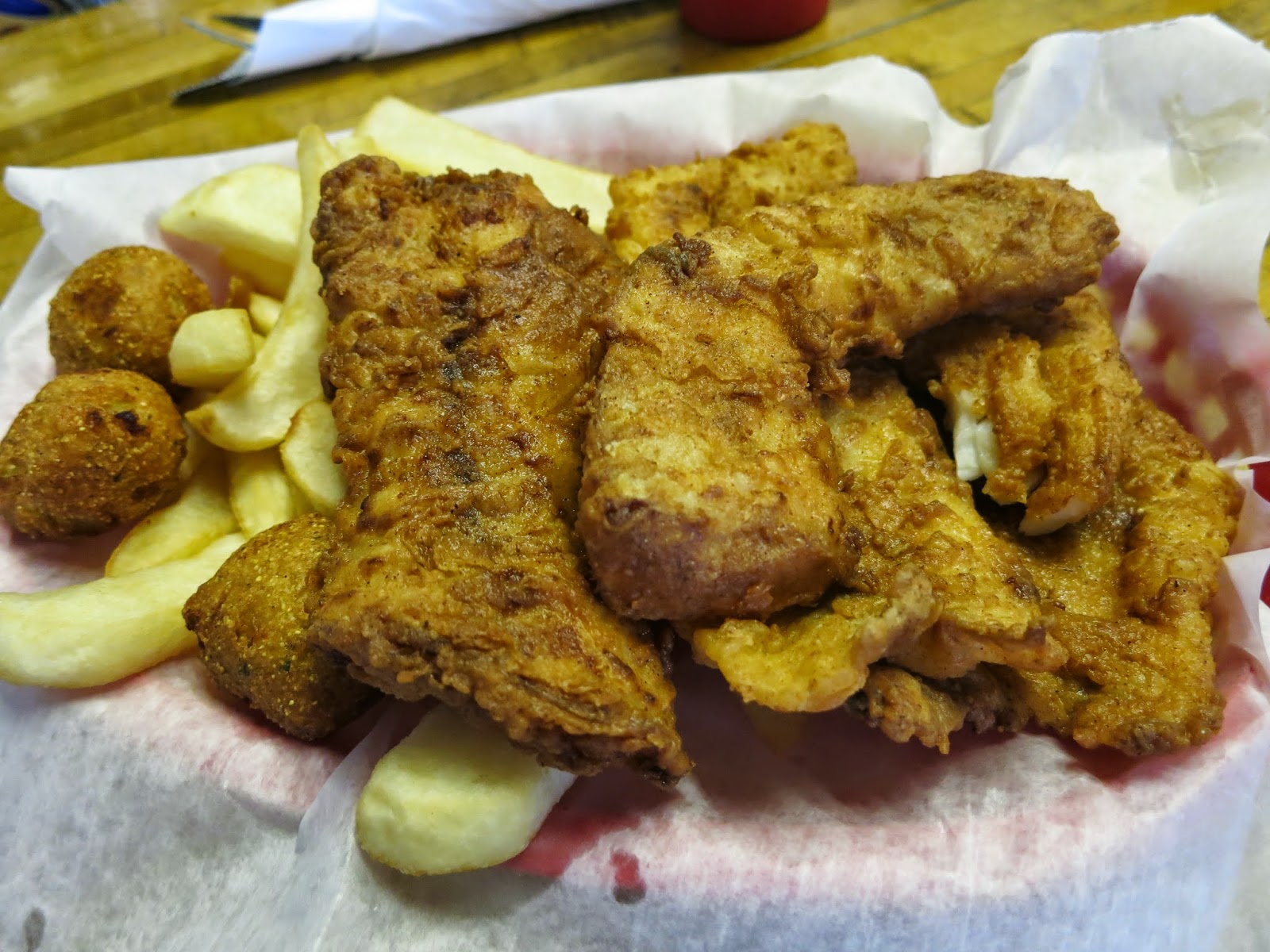 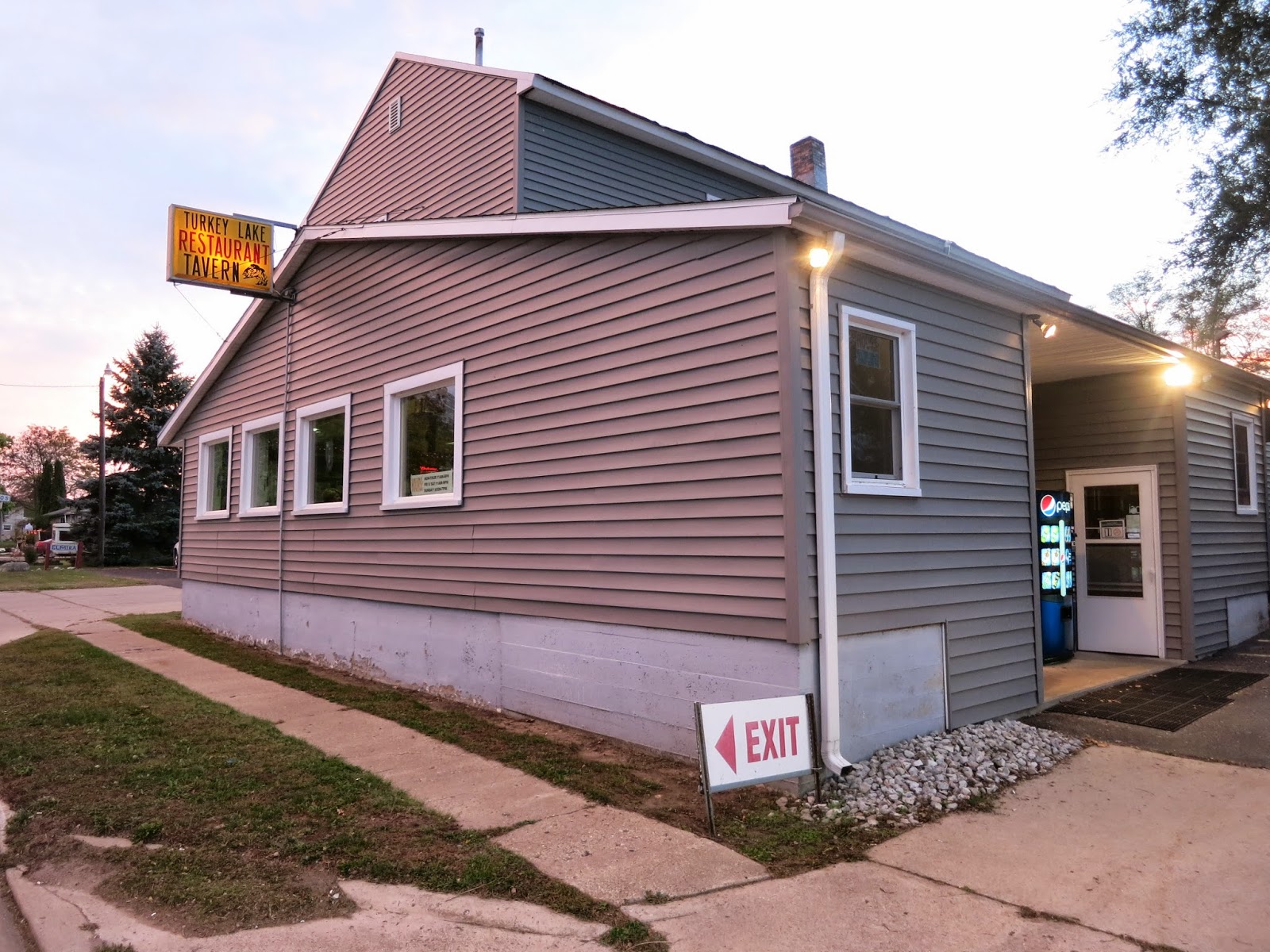 Not too far from Lagrange is this popular locals hangout which was said to make a mean fish sandwich. So we headed over for a beer and also a bite. Much better than the last stop was what I thought. Nothing special but the batter was crispy, the fish was moist and the sandwich came stacked. I could be a regular with that. 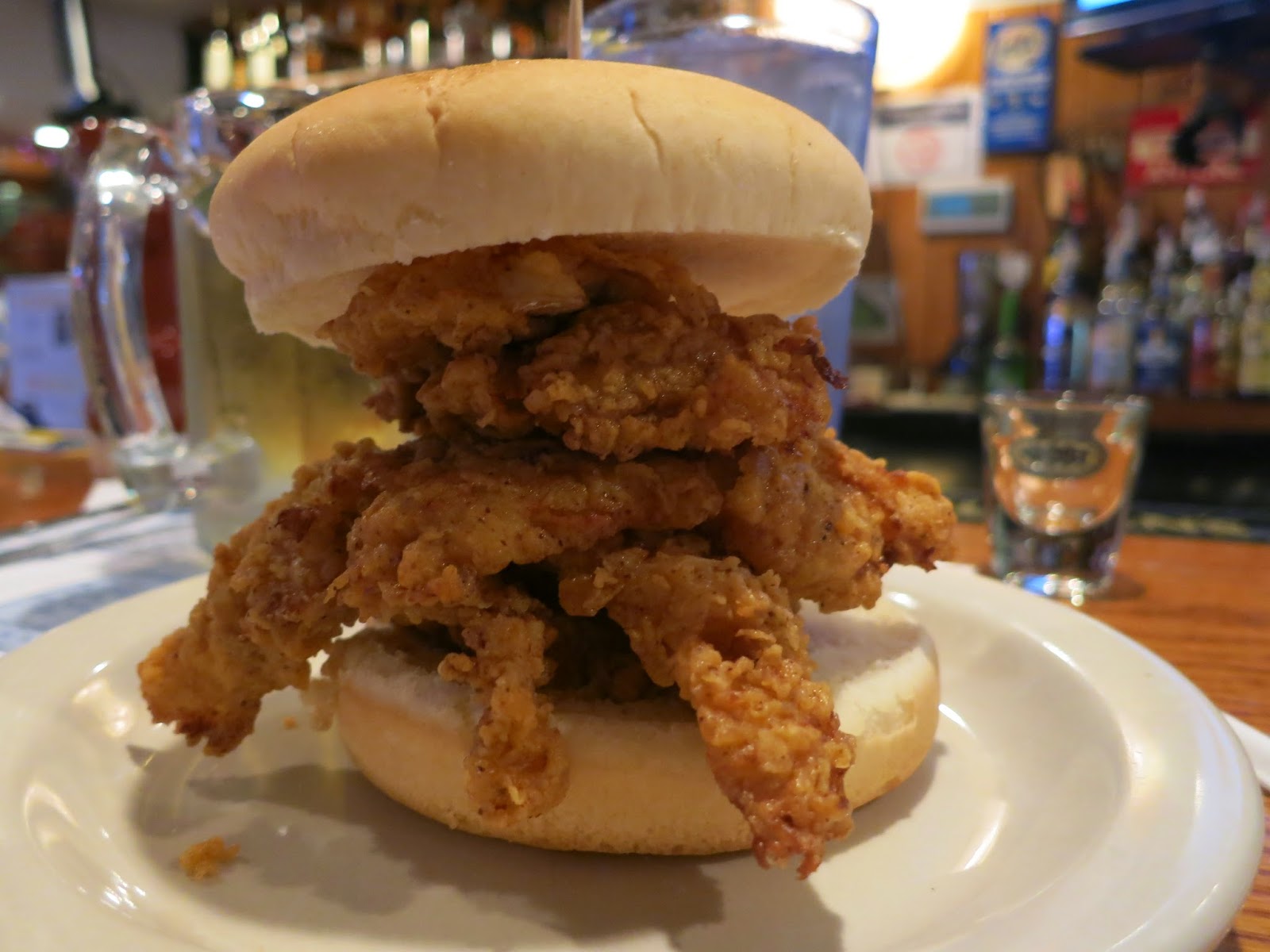 Last stop up was a little sandwich shop that doubles as a bait house and pie place. We decided to head on in and see what kind of homemade pie they had that afternoon. In all honesty I forget what the kinds we tried were but do remember them hitting the spot. This place must be popular with the summer boating crowd. A fun day on the road indeed. 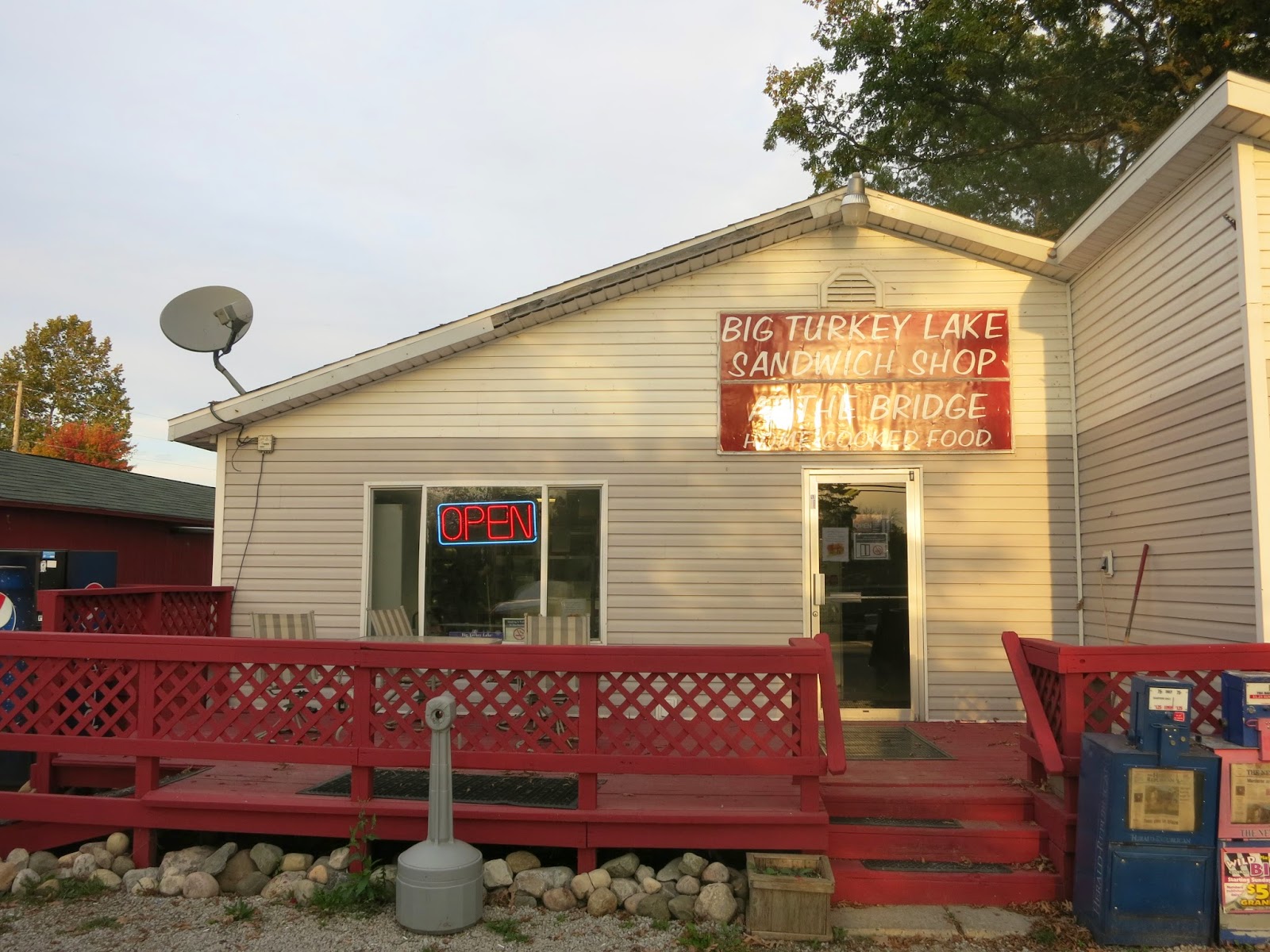 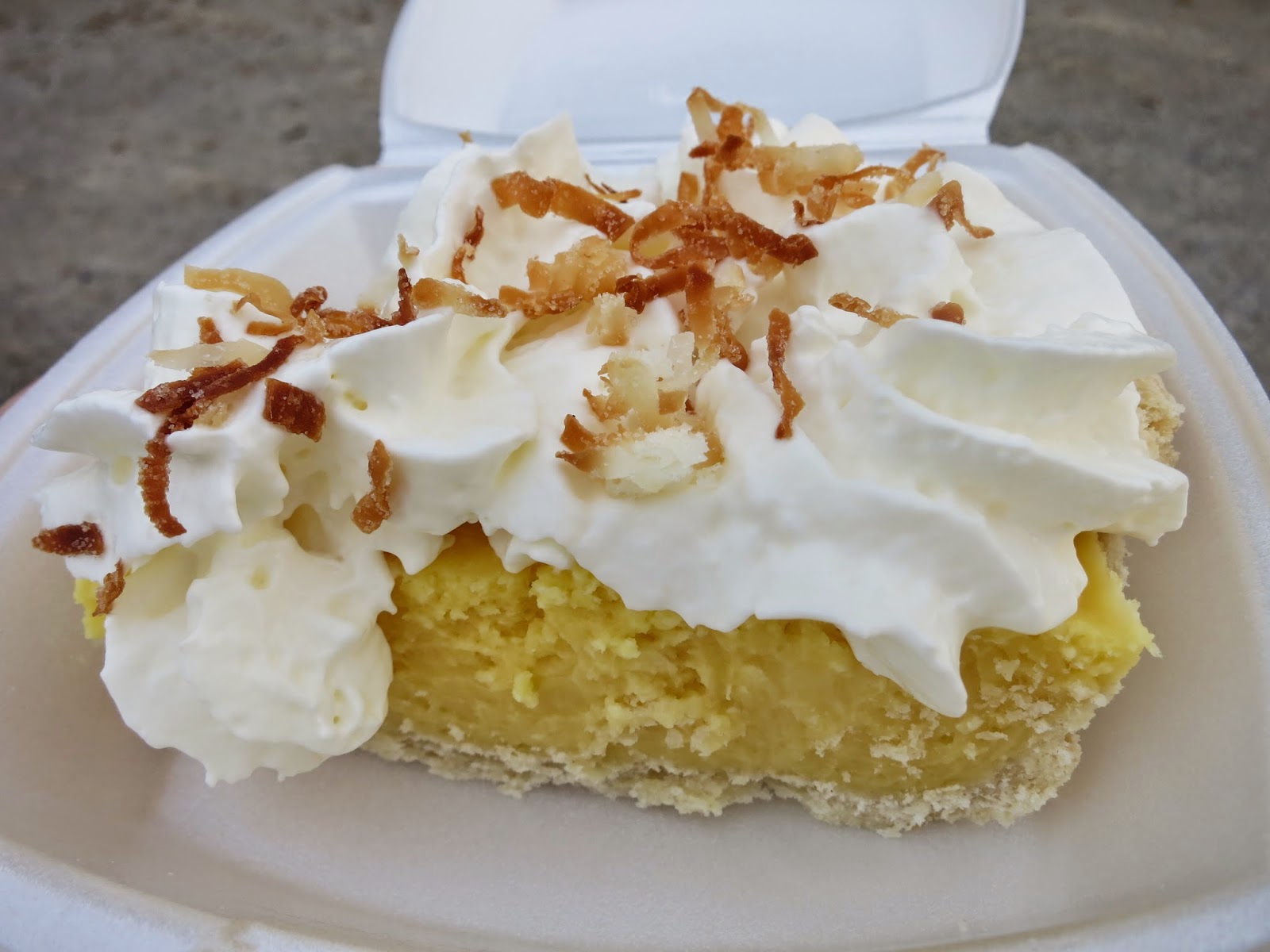 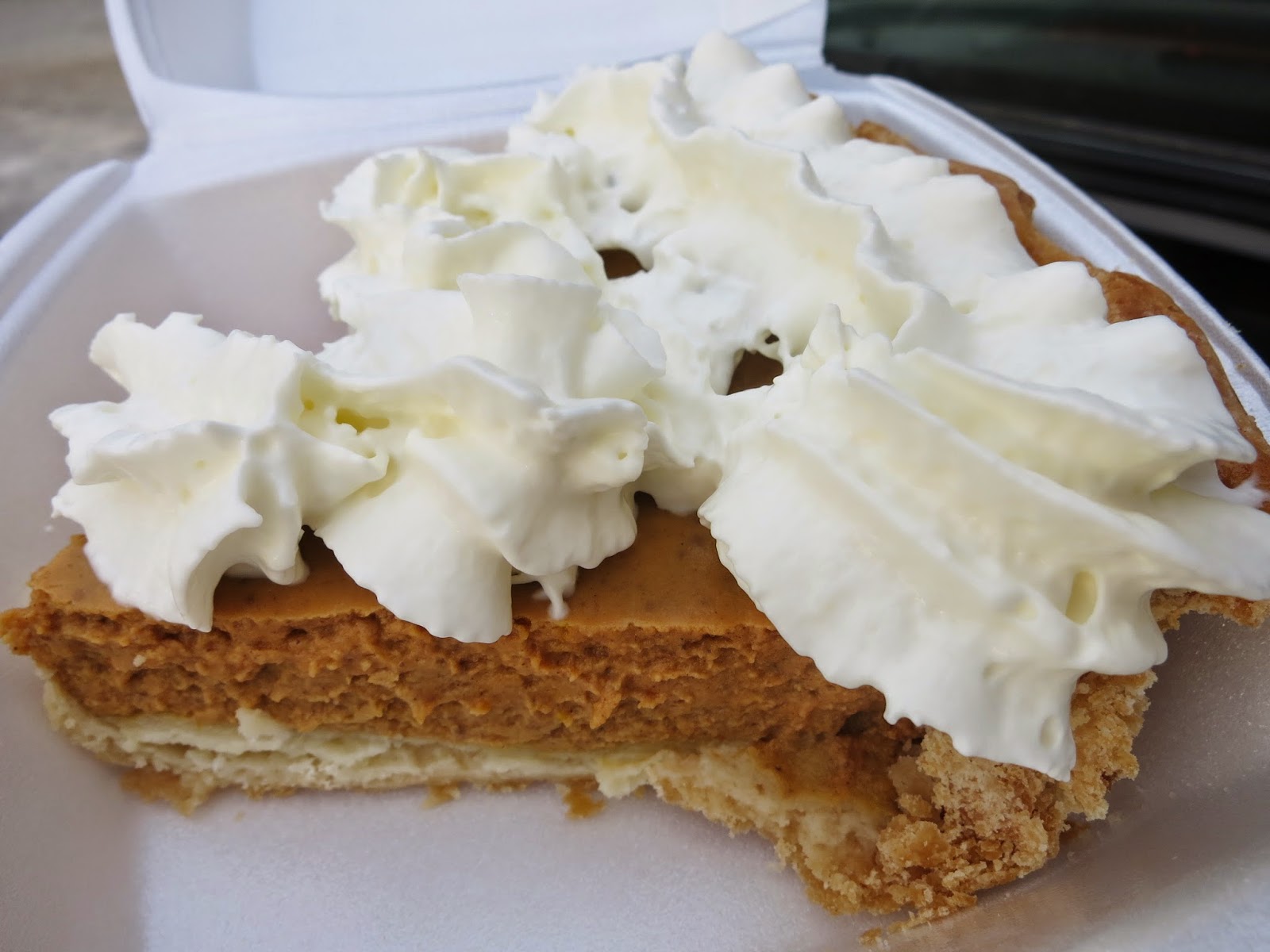