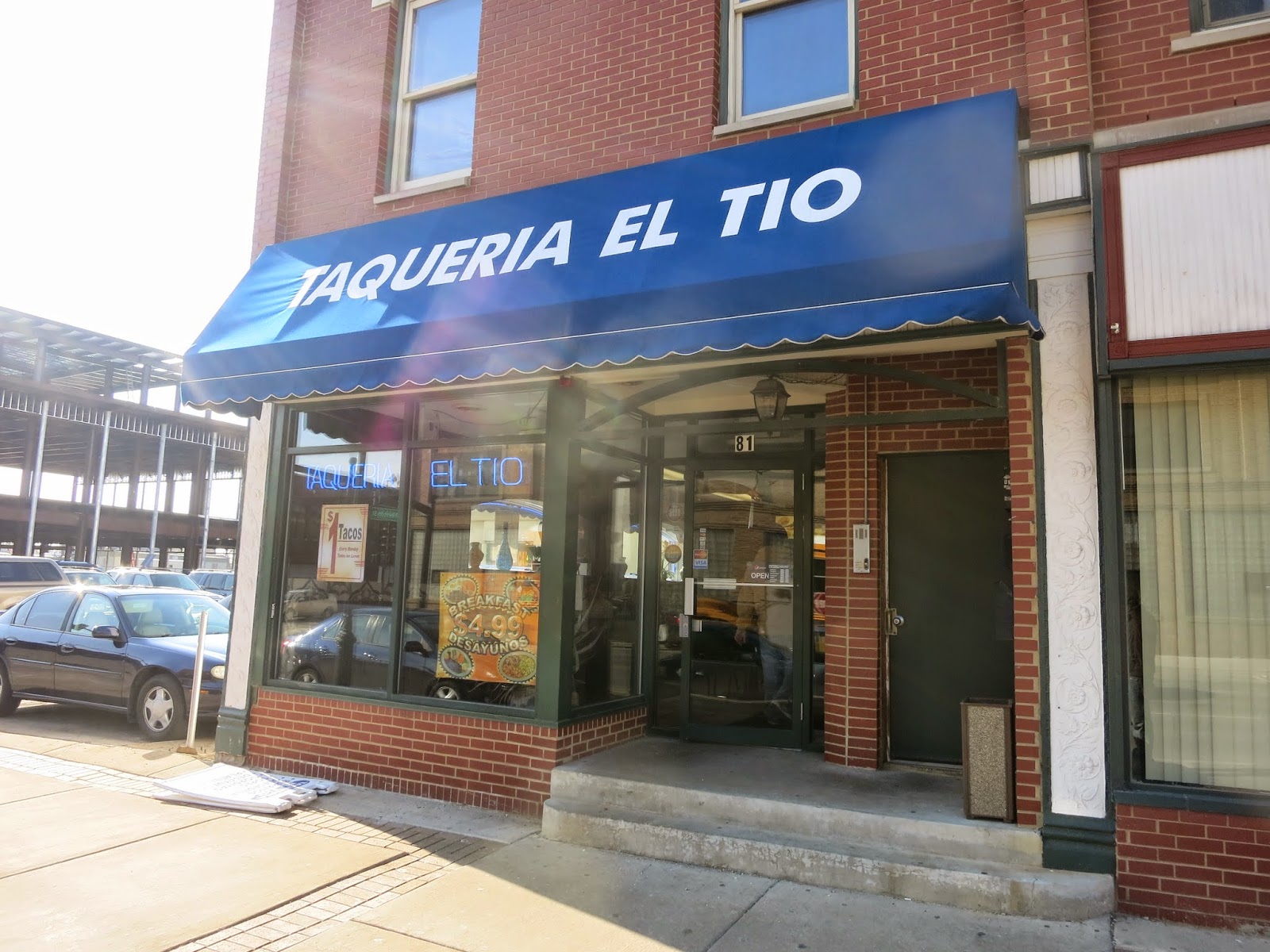 I rolled by this new-to-me at the time spot and checked some online reviews before deciding to stop in. Upon checking their menu inside I saw they have the popular in Aurora 'taco alambre' on the menu and I do love them so that's what I tried. As described before, alambres is a popular dish in DF. It's usually made with a main meat as well as bacon and cooked with sliced or diced bell peppers, onions and melted cheese mixed in. However the prep for them varies by location. Many spots offer different types of alambre plates and serve them with a pile of tortillas on the side while other spots serve them in taco form. El Tio has one of the better executed taco versions I've come across. They make a textbook example using steak with ham instead of bacon. As good as it looks. 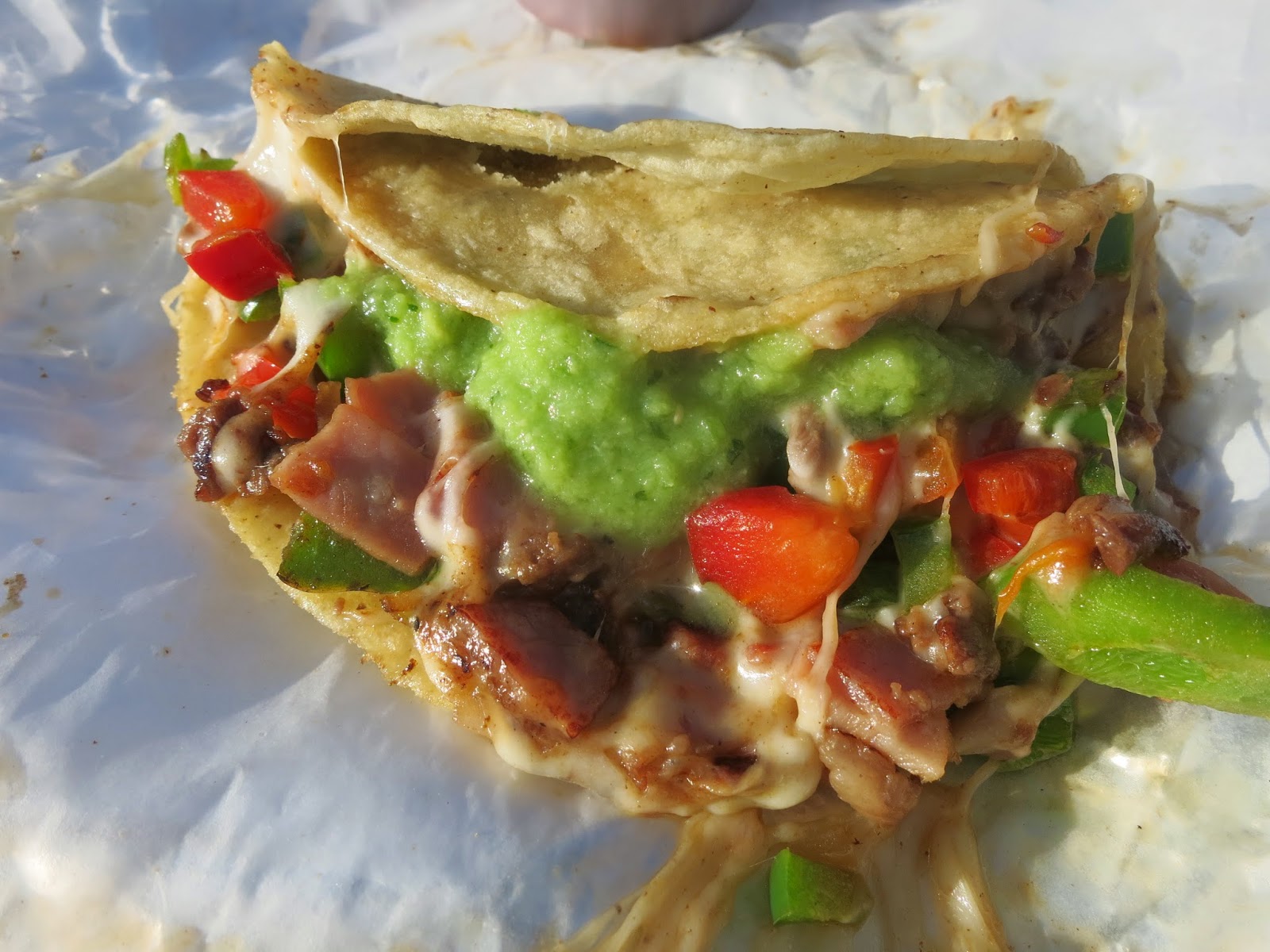 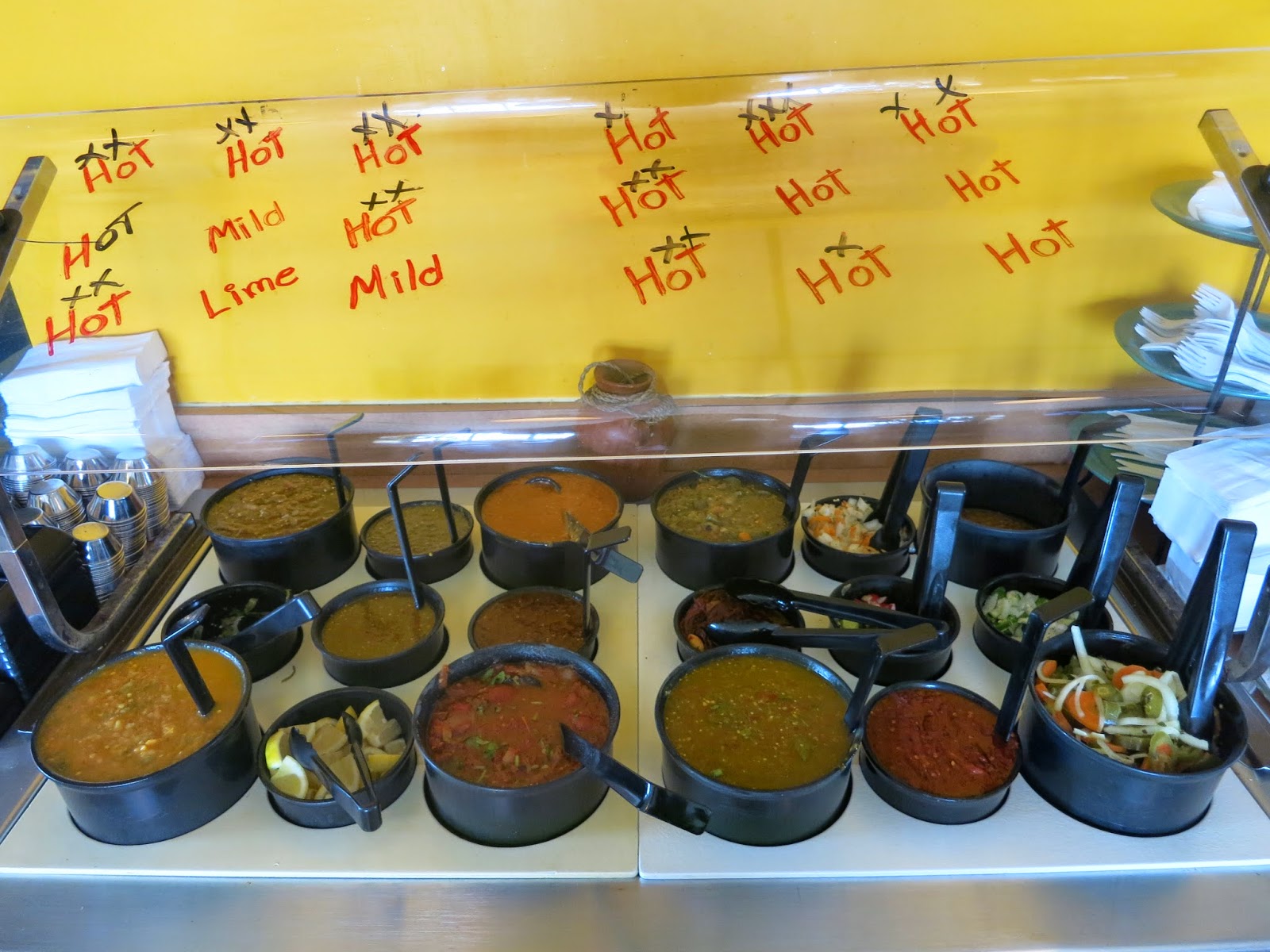 This place is a 2nd location of a spot on Ogden avenue in Westmont. They cook their steak and chicken over charcoal but I couldn't verify that on my stop in though I did smell it in the air which was weird. Their most popular taco is the al pastor and they have a spit in motion upon entry. I've tried those and the steak. While waiting you can head over to check out their first rate salsa bar which usually features over 10 options including a bunch of pickled condiments for your pleasure. The steak was just ok, it tasted like it might of had some charcoal to it but it also tasted like it was cooked the day before, I wouldn't get one again based off what I got. The al pastor was much better. Thin well crisped slices were appealing and I loved it with some of the pickled jalapenos and cabbage added on. That's one I'd stop in for again. 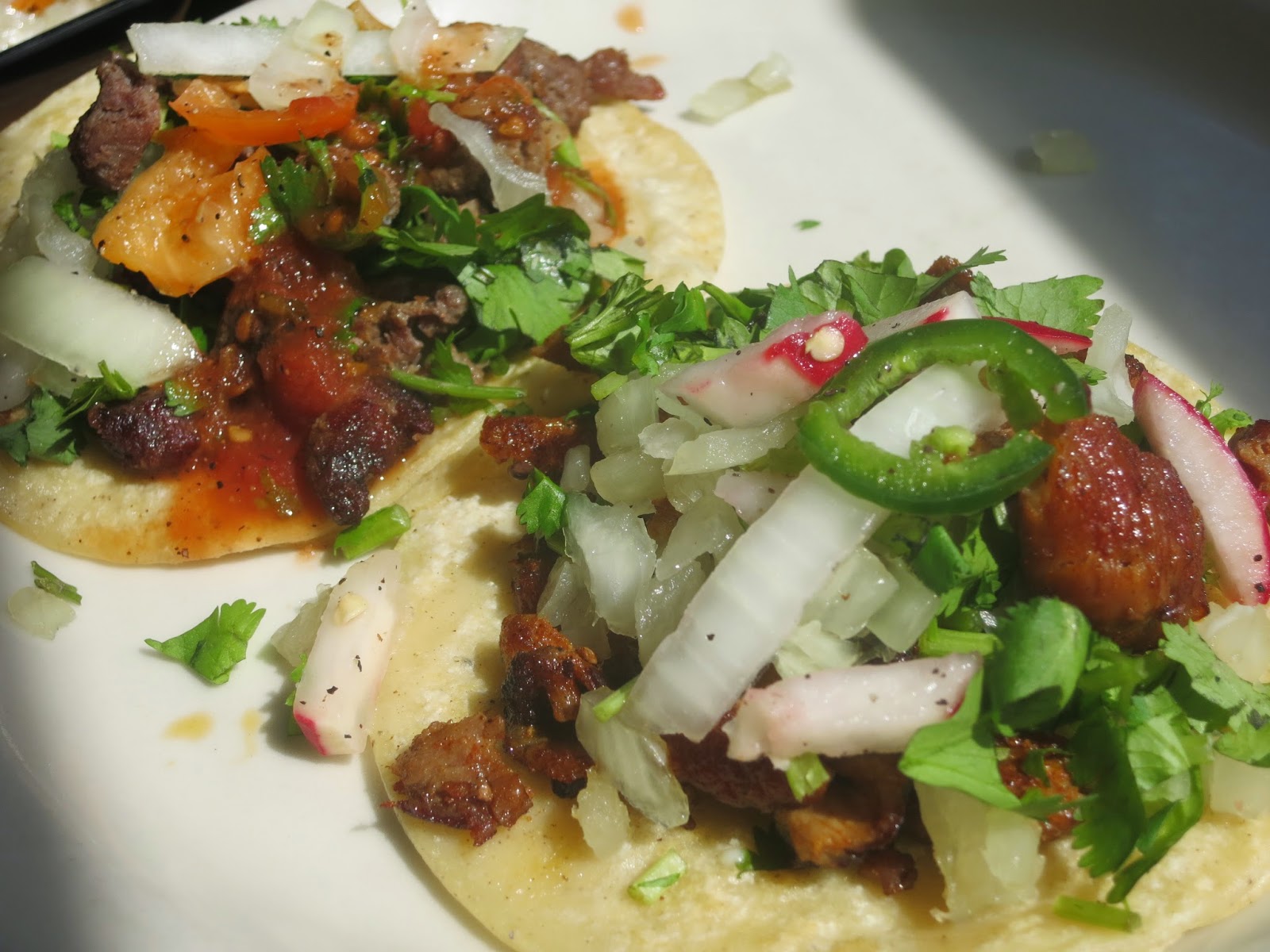 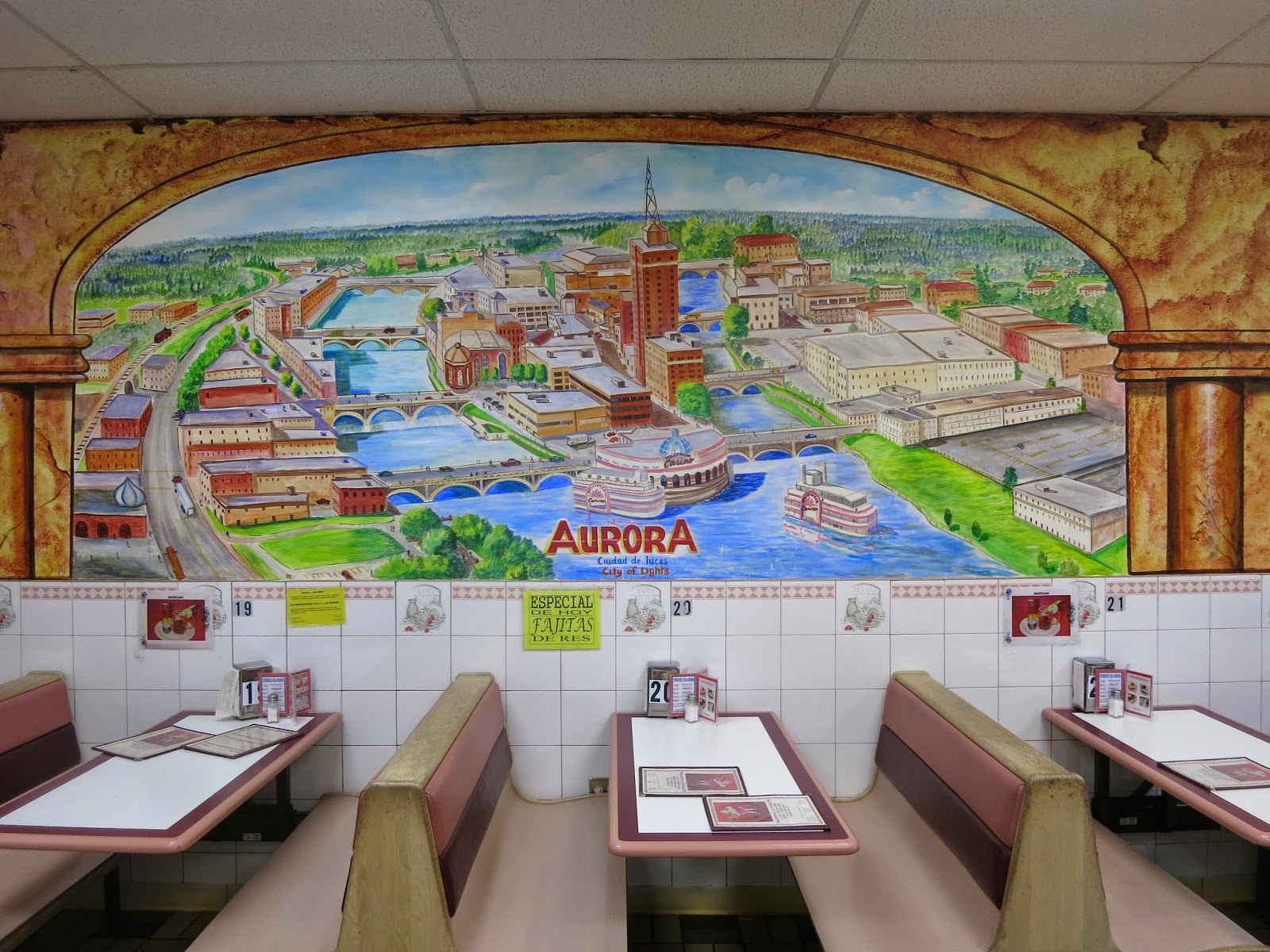 Inside the La Chiquita Supermarket on Ashland

There's no shortage of tacos dorados options out in the FRV. Most places have them on their menu however the preparation for them can vary. La Chiquita is a local supermercado chain that has the standard taqueria attached. I stopped into there after grabbing my Cheetos 'Hecho en Mexico' which I sometimes stop by for when out this way. Their dorado is a fresh fried shell that's then stuffed with meat. Chicken came rec'd and it was pretty good considering it's just chicken. Shredded breast meat with bits of chopped jalapenos and onions was quite juicy. It'll hit the spots needed when a quick snack is in-store. 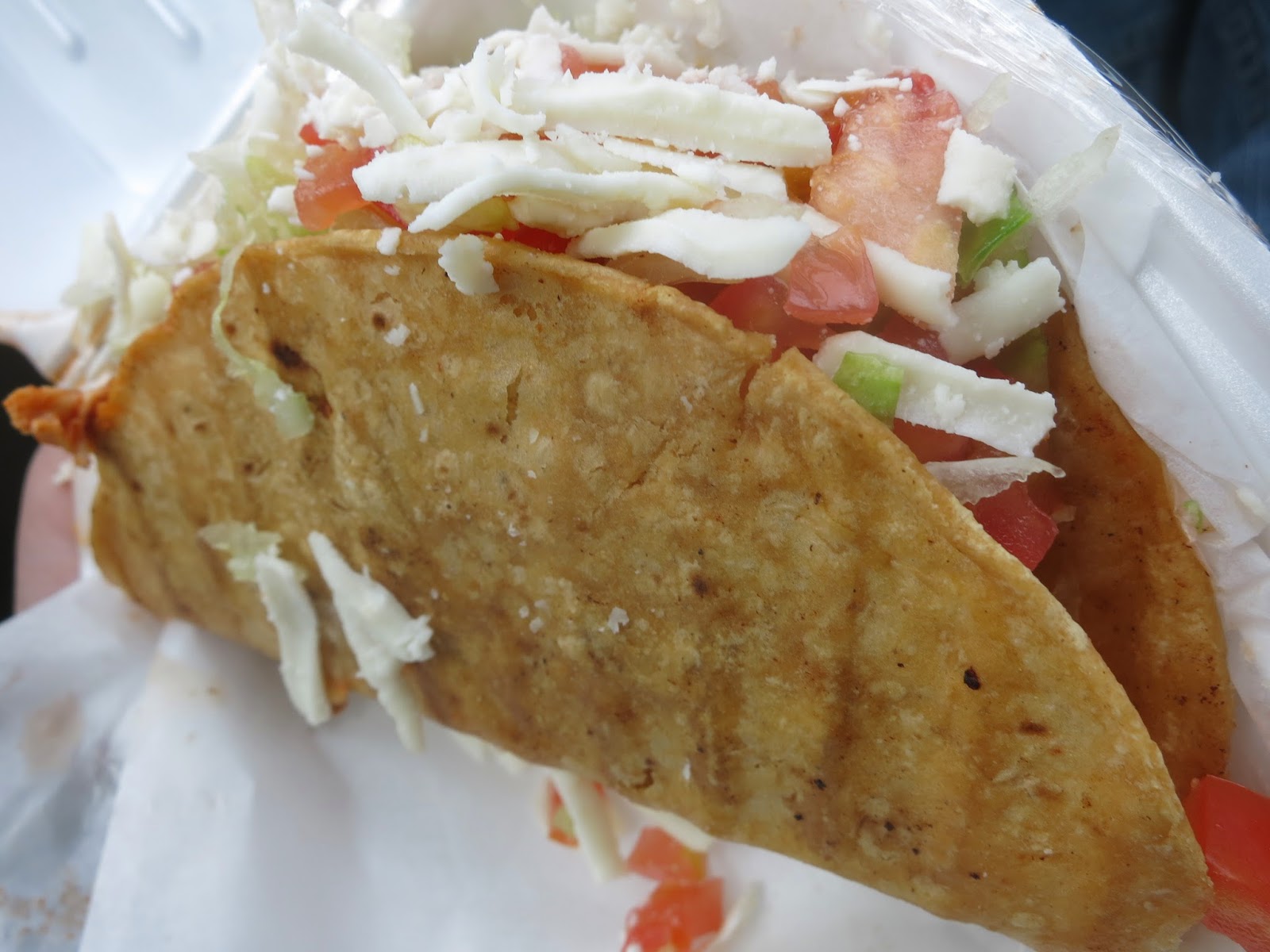 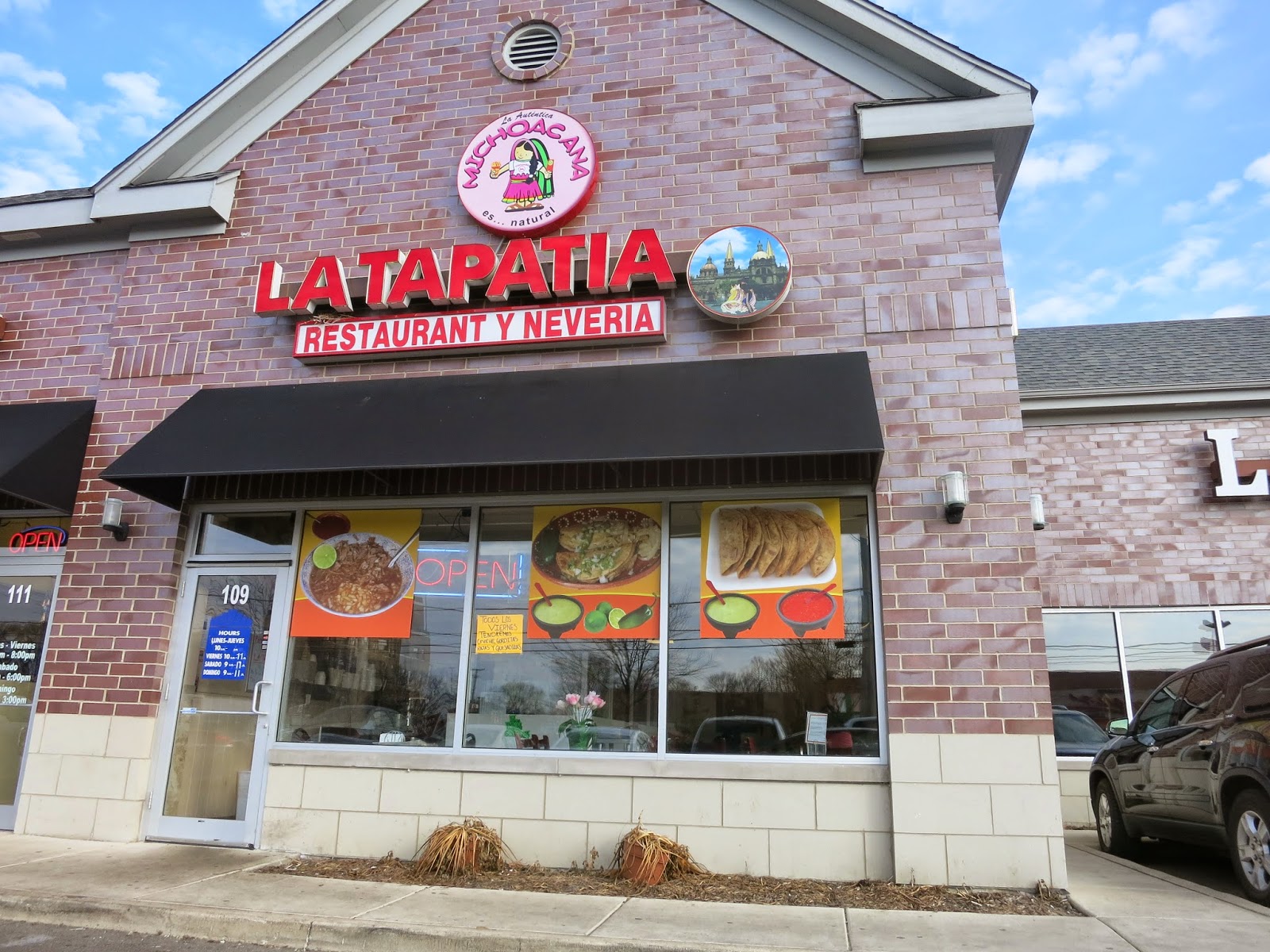 Up on the Hill

In my ongoing quest to find the best taco dorado in Aurora we may have a new leader, though the best ones are in other towns along the river. La Tapatia is a typical looking middle of the road mexican restaurant that makes a mean version. They have a fantastic spicy blend of shredded chicken which is fried in the shell while holding it in place for 30-45 seconds before taking it out and topping it with lettuce, cheese and tomato. Served with an excellent roja salsa I can see myself stopping back in for more of these. I'd also like to try some of their homemade ice cream next time around. 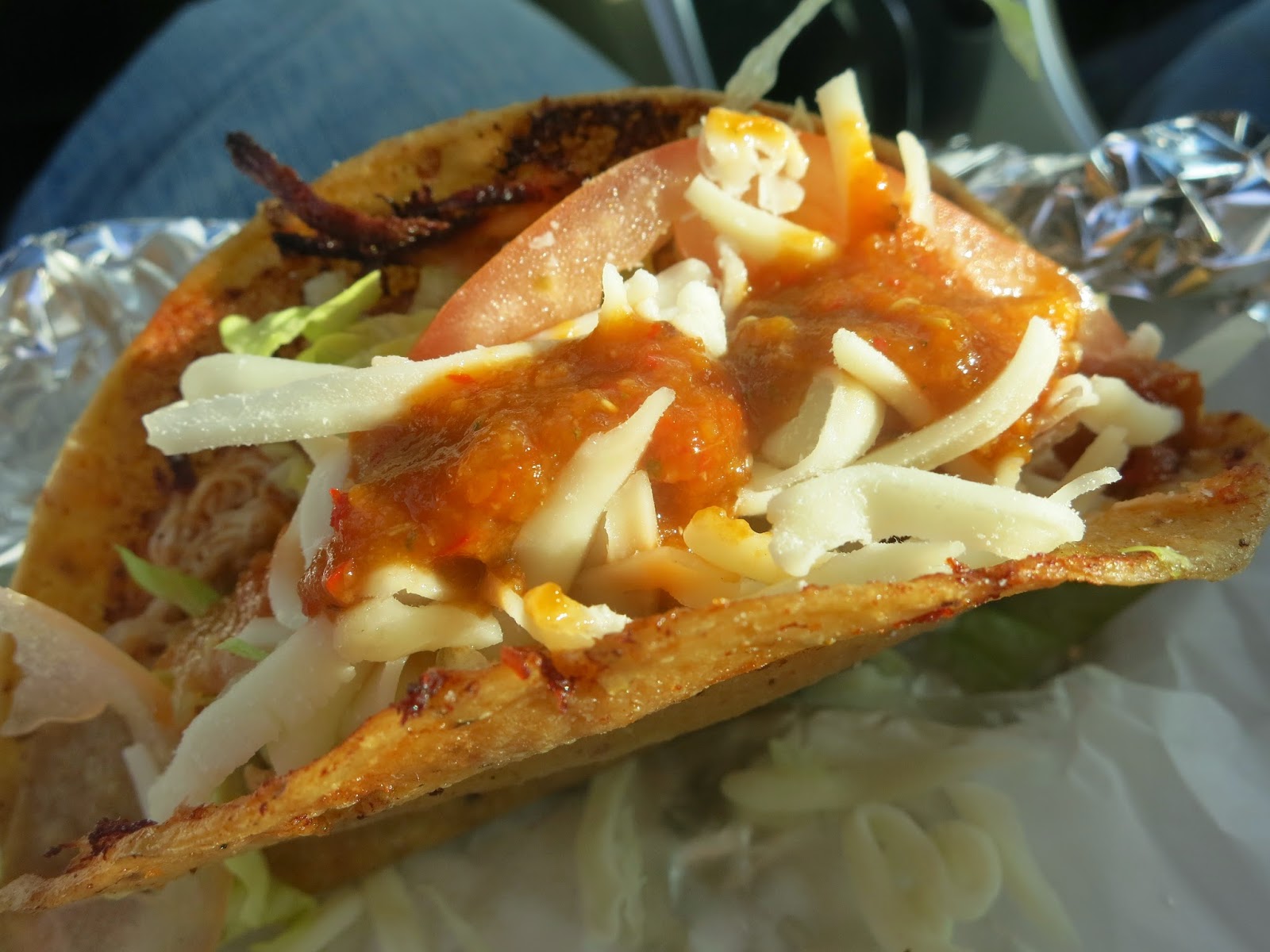 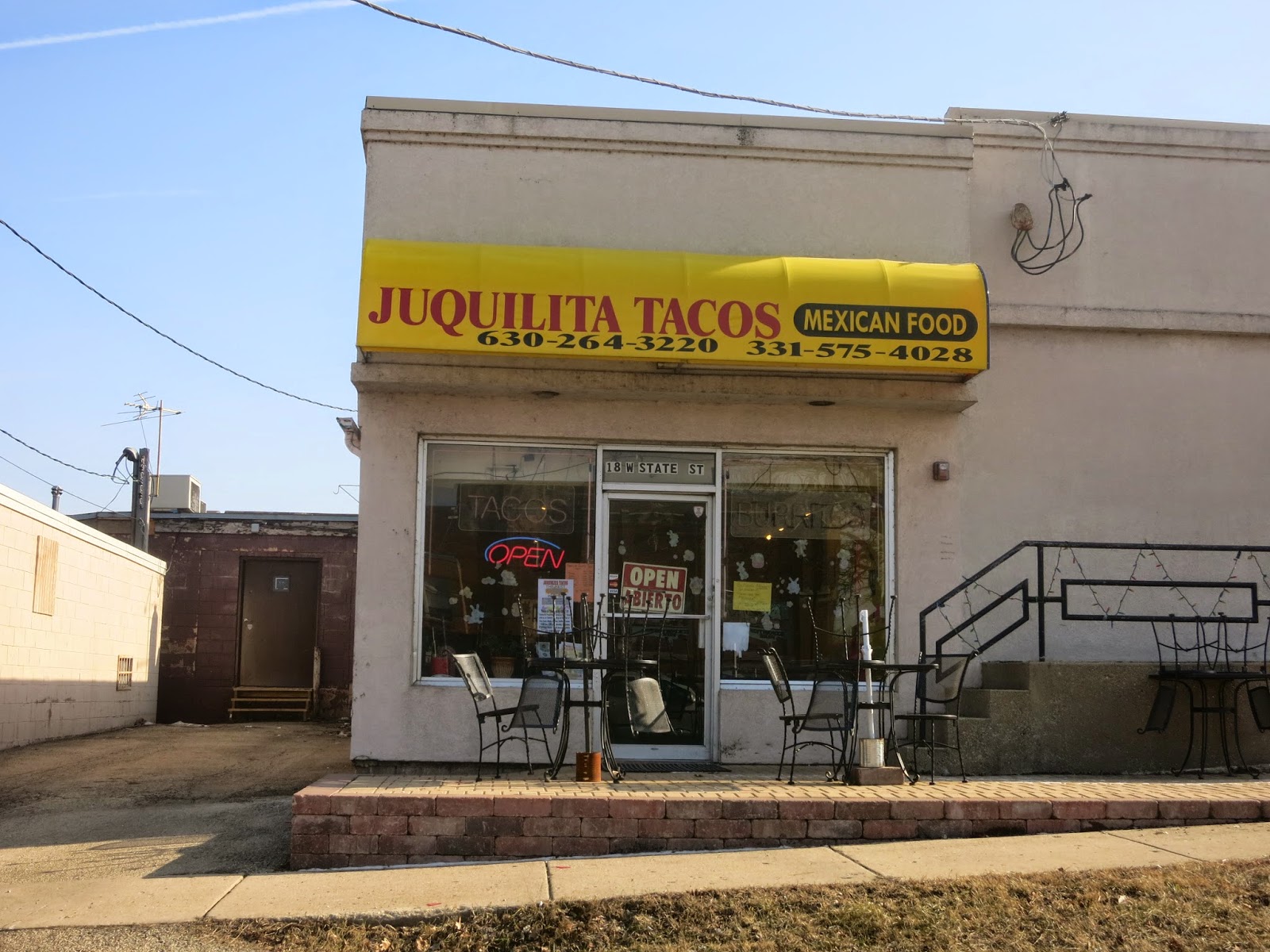 There doesn't seem to be as many taco options in neighboring North Aurora but when I have a little more free time following my next meeting out there I plan on further exploring. I did stop into this place one day when riding by. I peeked the menu and the desebrada caught my eye. Shredded beef isnt as common in the city so I decided to try one here. Not knowing it came fully loaded (lettuce, tomato and cheese) I was happy it didn't because odds are I would of asked for just cilantro and onion. The addition of the LTC worked well with the cumin spiced beef. 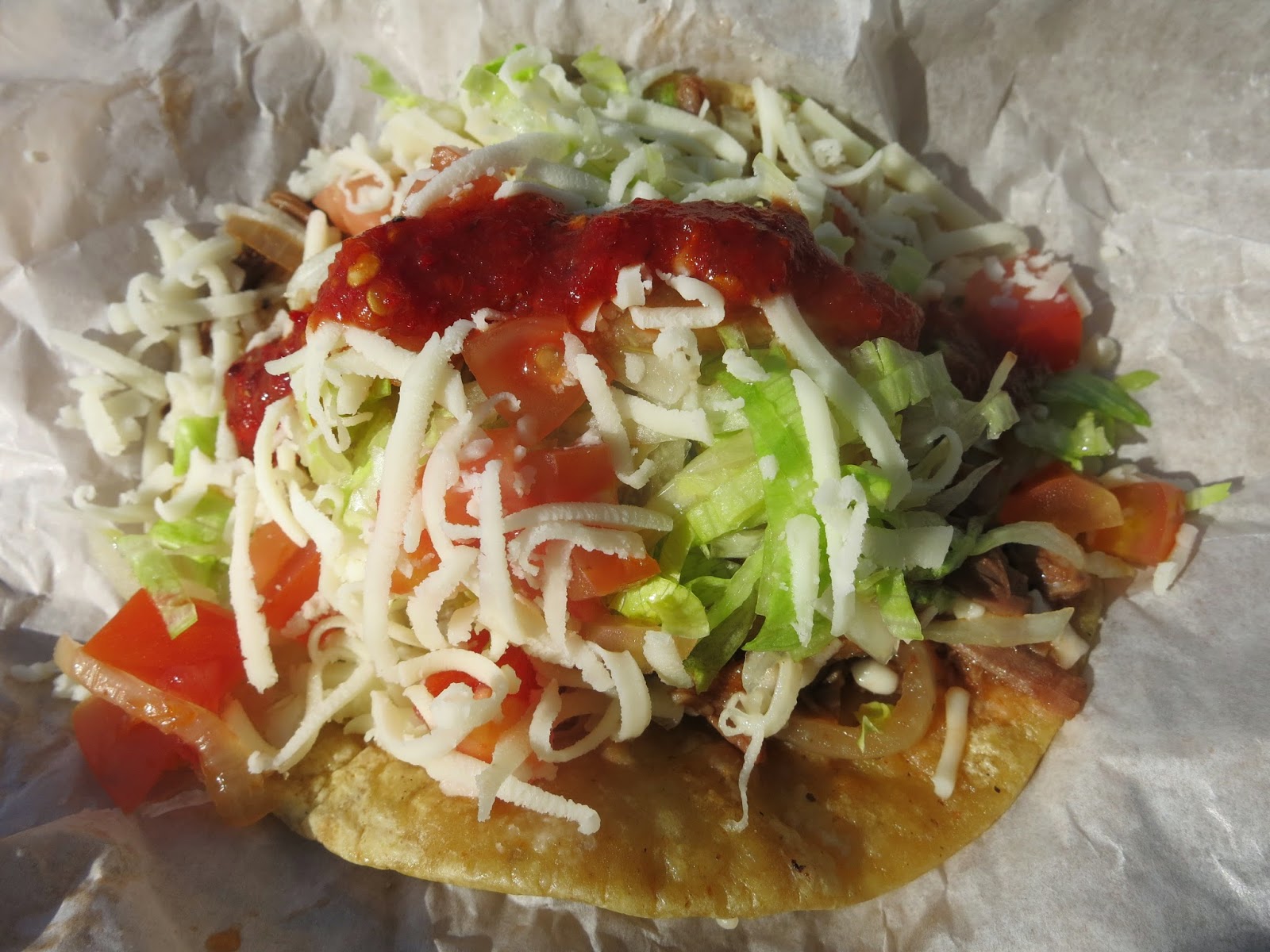 You forgot to get your Carne en su Jugo at Taqueria el Tio on River St in Aurora. It's good.

Professional trading signals sent to your mobile phone every day.