Stopping in at three Galesburg Favorites

Galesburg is a small Illinois town with some real history behind it. A regular stop on the Underground Railroad it was also the site of the fifth Lincoln-Douglas debate and birthplace of poet, author and historian Carl Sandburg. It's long had ties to the railroad industry which to this day remains the city's largest employer. Home to a handful of festivals I roamed thru this Main street community last April before  wandering the Quad Cities area with Grub Seeker.  So of course we would be stopping in at some local food favorites. Hope you enjoy the journey. 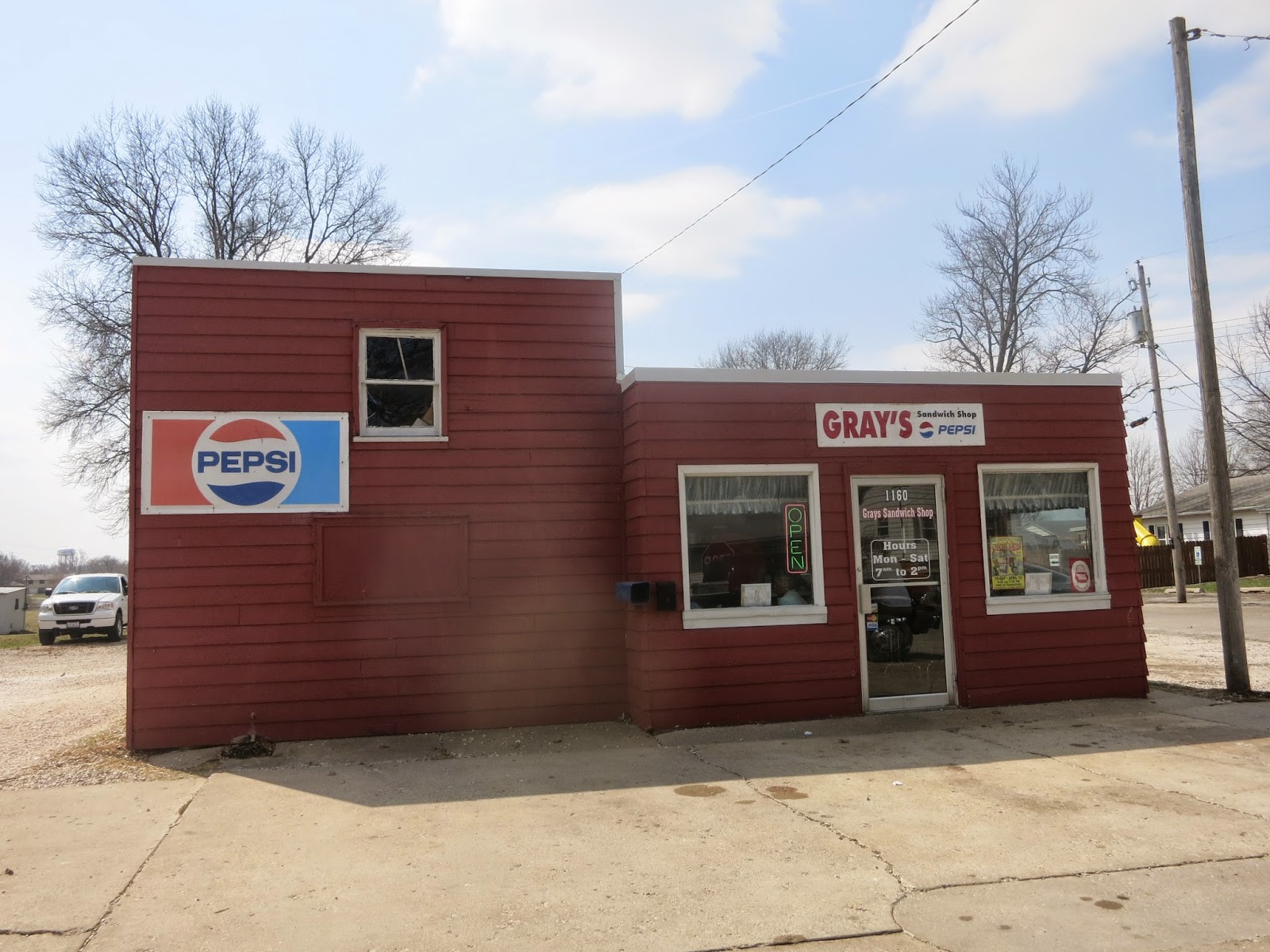 Tucked away on main street is this locals breakfast and lunch favorite. They describe themselves as an "Old Fashioned American Diner" and I can oblige with that. It's a classic as far as looks and feel go. As far as the food went it was mostly on par with what you'd expect from a longtime locals favorite. I cant find the dates they've been around online but you have to imagine the place is at least 20 years old. Busy day on this afternoon as I stopped in right as the lunch rush was forming. 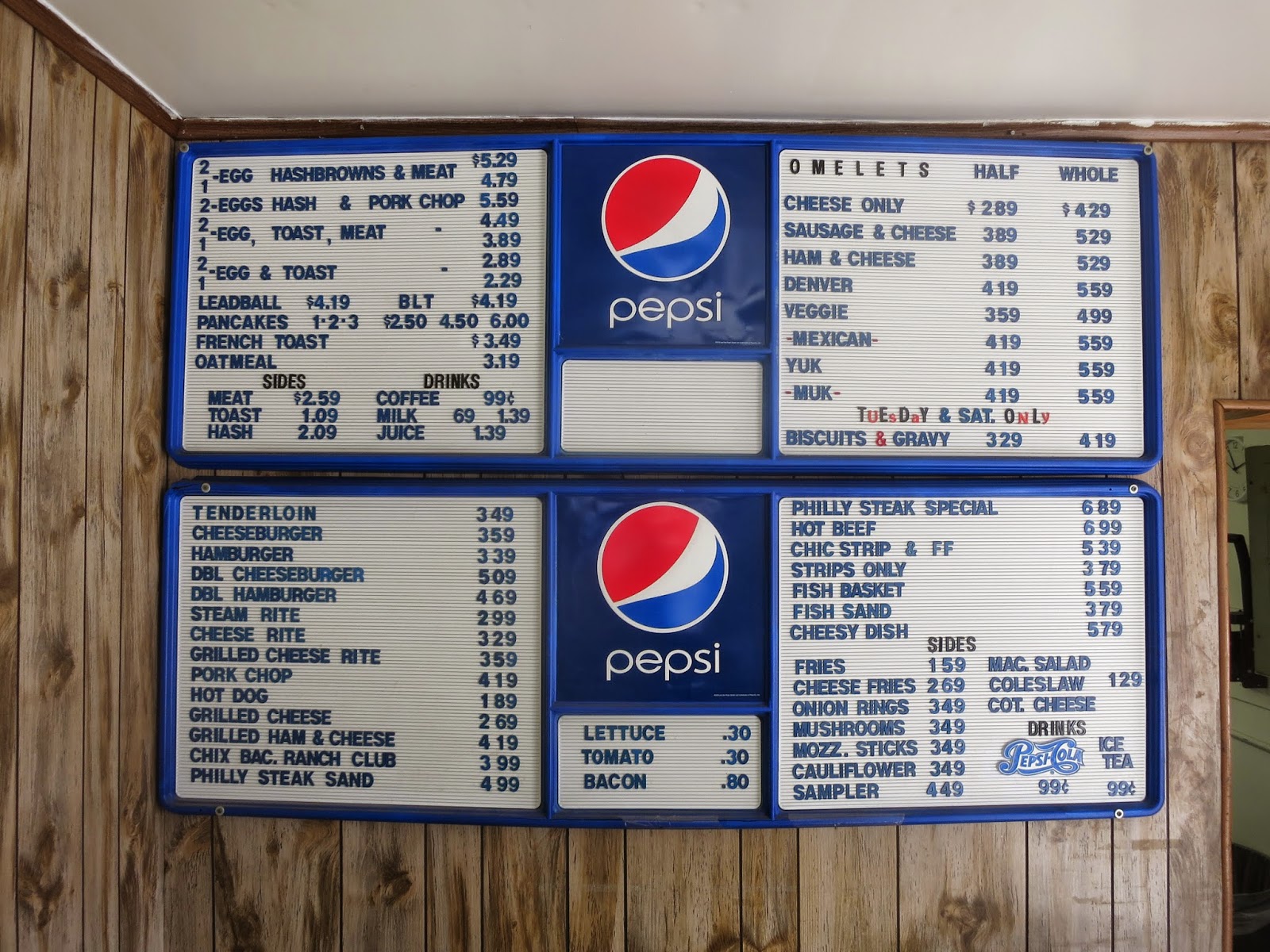 The Menu which in these parts is always sponsored by Pepsi

My original reason for stopping in was to try what they claim to be "the best tenderloin in town" and since we're not too far from Iowa I figured they might be putting out a good one. But then upon glancing the menu and seeing 20+ balls of fresh beef go onto the griddle for burgers, I went all in. 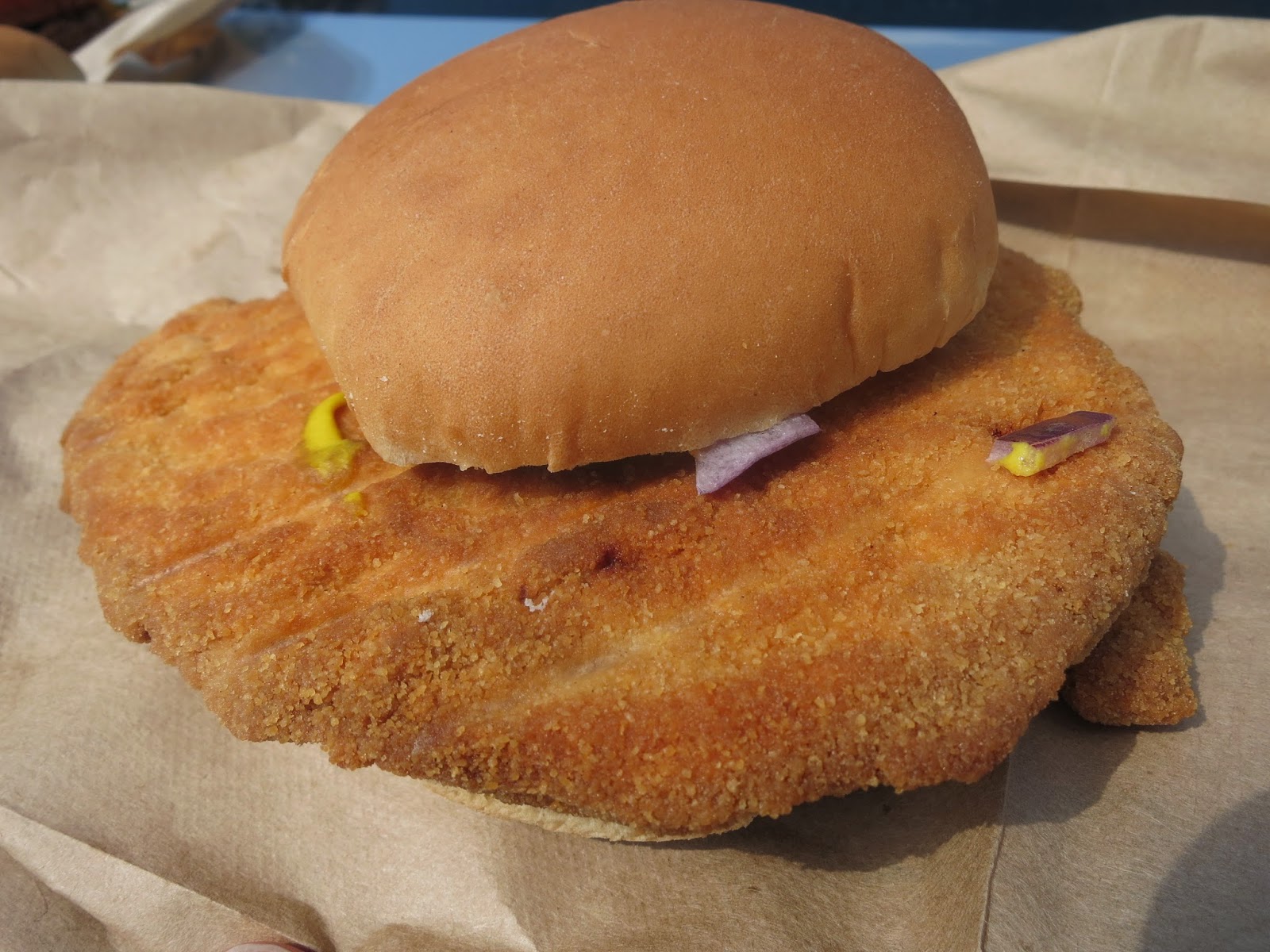 Tenderloin - BAD. Just a frozen 'loin that many old folks from around the way must have trouble eating without any teeth in place. 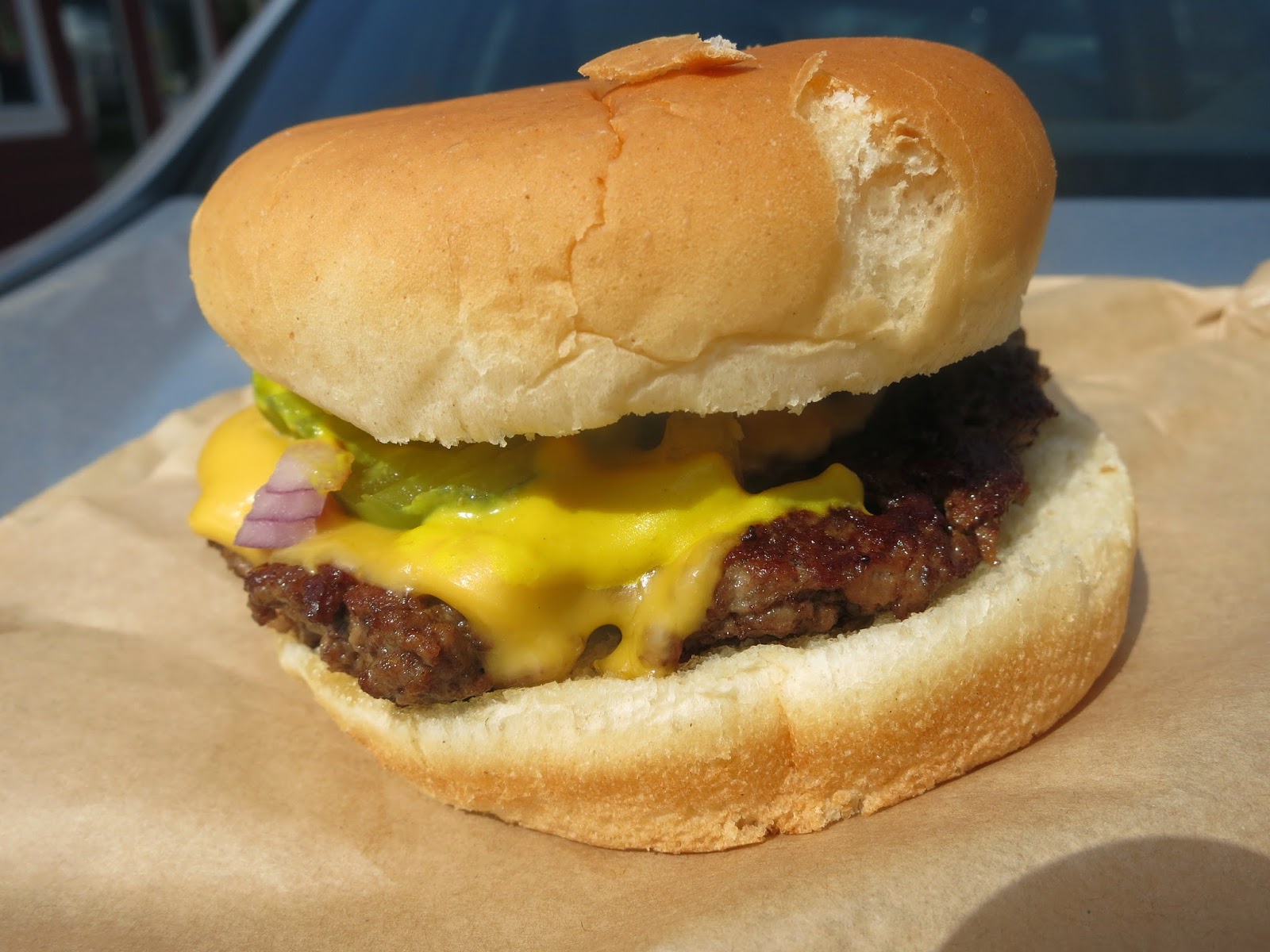 Cheeseburger - Pretty Good. Freshly made this hit the spot but didn't reach any stars or anything like that. The beef might of been a little too lean. 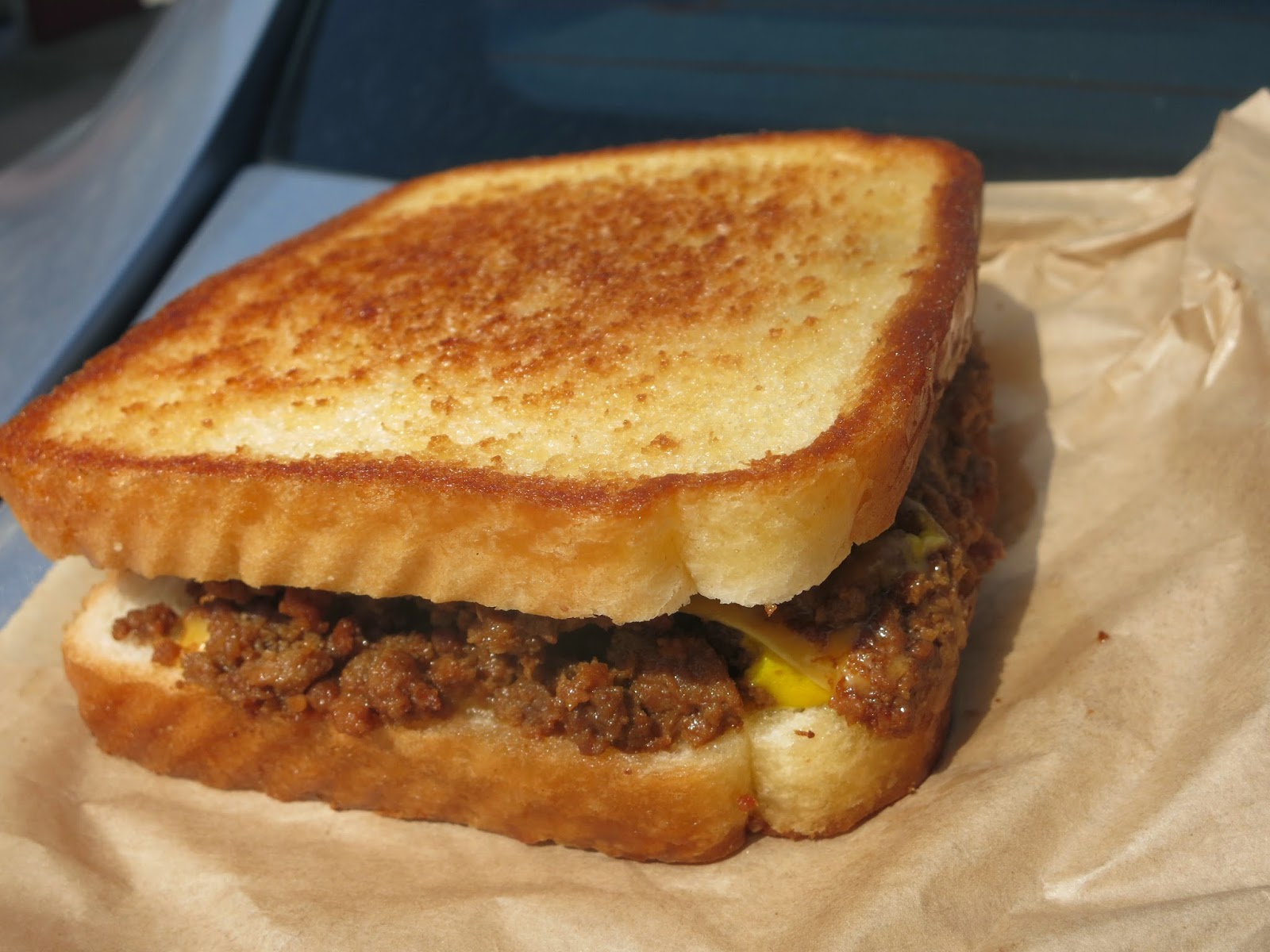 Grilled Cheese Rite - Awesome. You might of noticed on the menu that they serve "Steam Rites" which are loose meat sandwiches, again were not far from Iowa. I asked what a grilled cheese rite was and was told it's loose meat in grilled cheese which sounded too comfortable not to try. 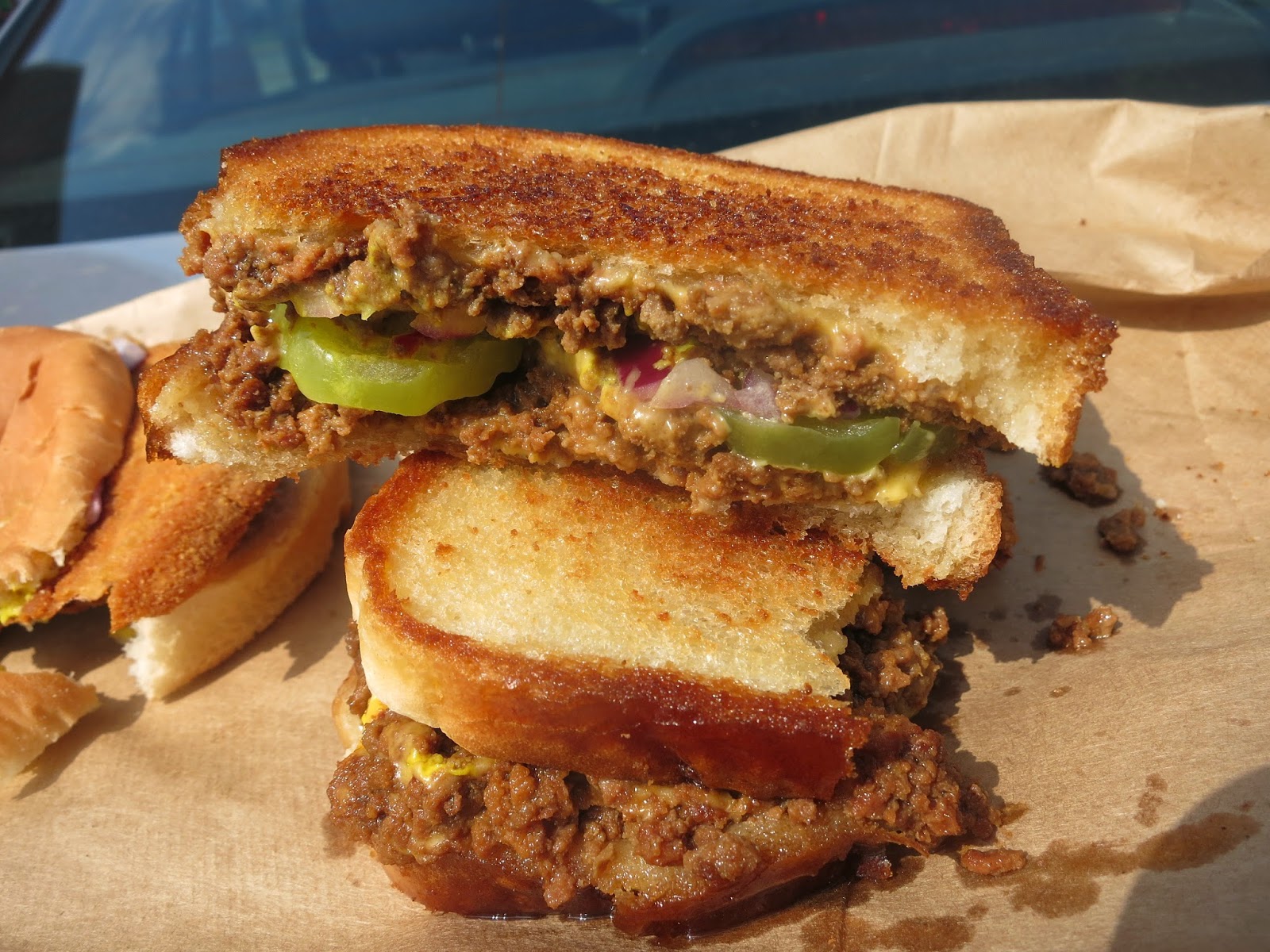 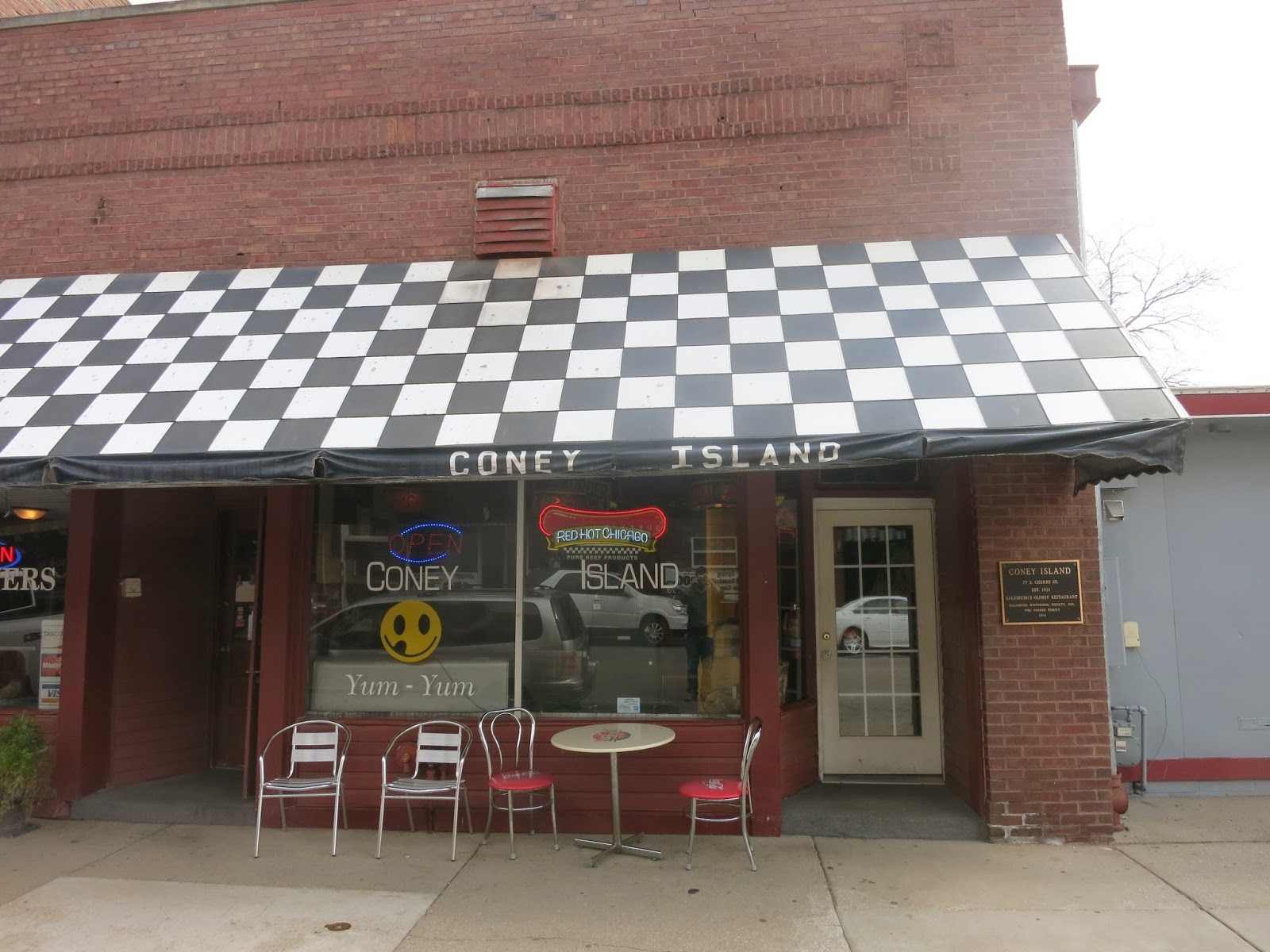 Continuing on in my quest to visit every remaining Coney Island Hot Dog shop in the States, well outside of Detroit proper anyway, this would be our second stop. According to the plaque outside this is Galesburg's oldest restaurant. They've been at it since 1921. Stepping inside it feels as much like an old time ice cream parlor as it does a Coney Island stand. 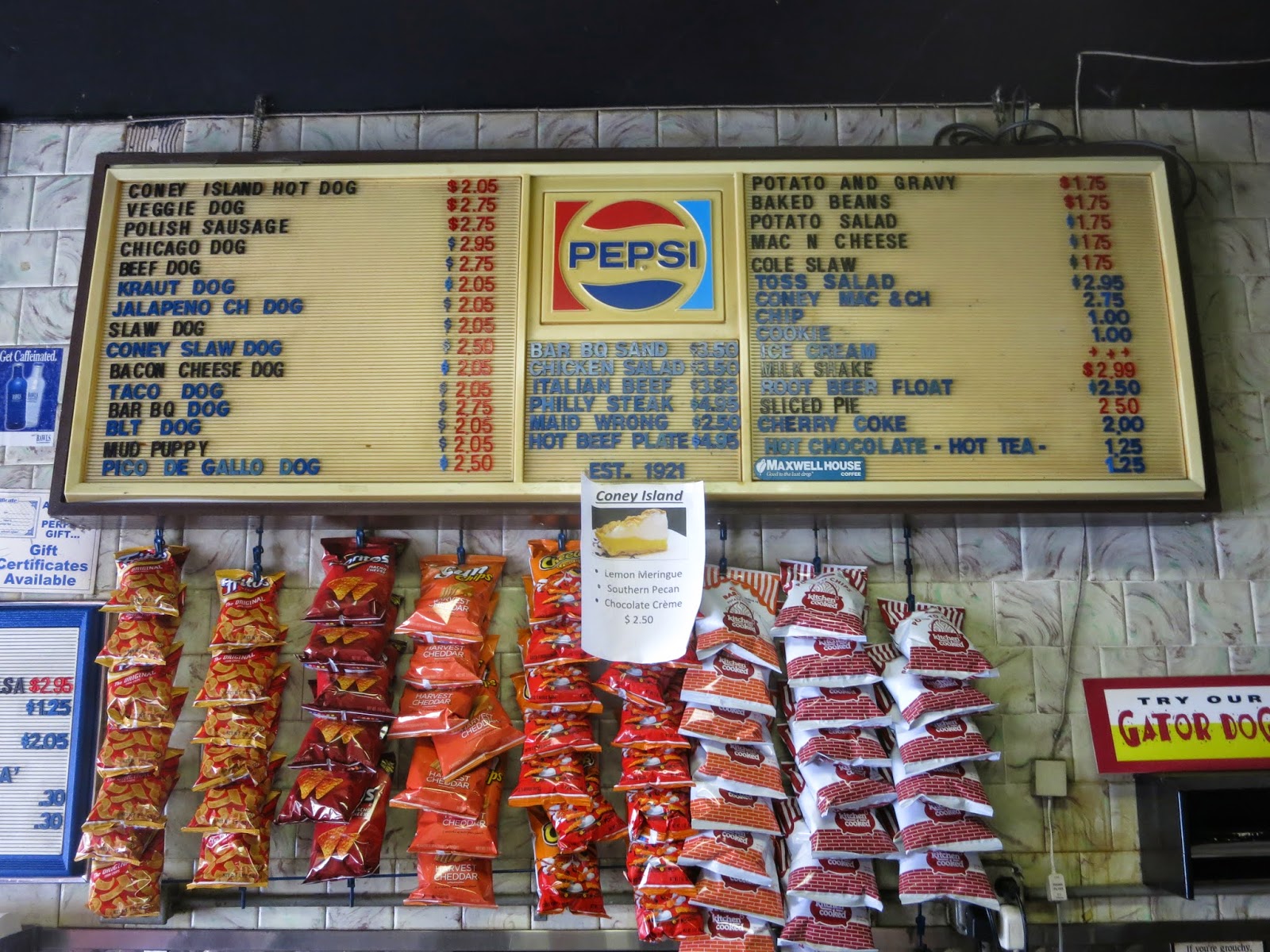 Notice the "Maid Wrong" on the Pepsi promoted menu, I gotta small chuckle out of that 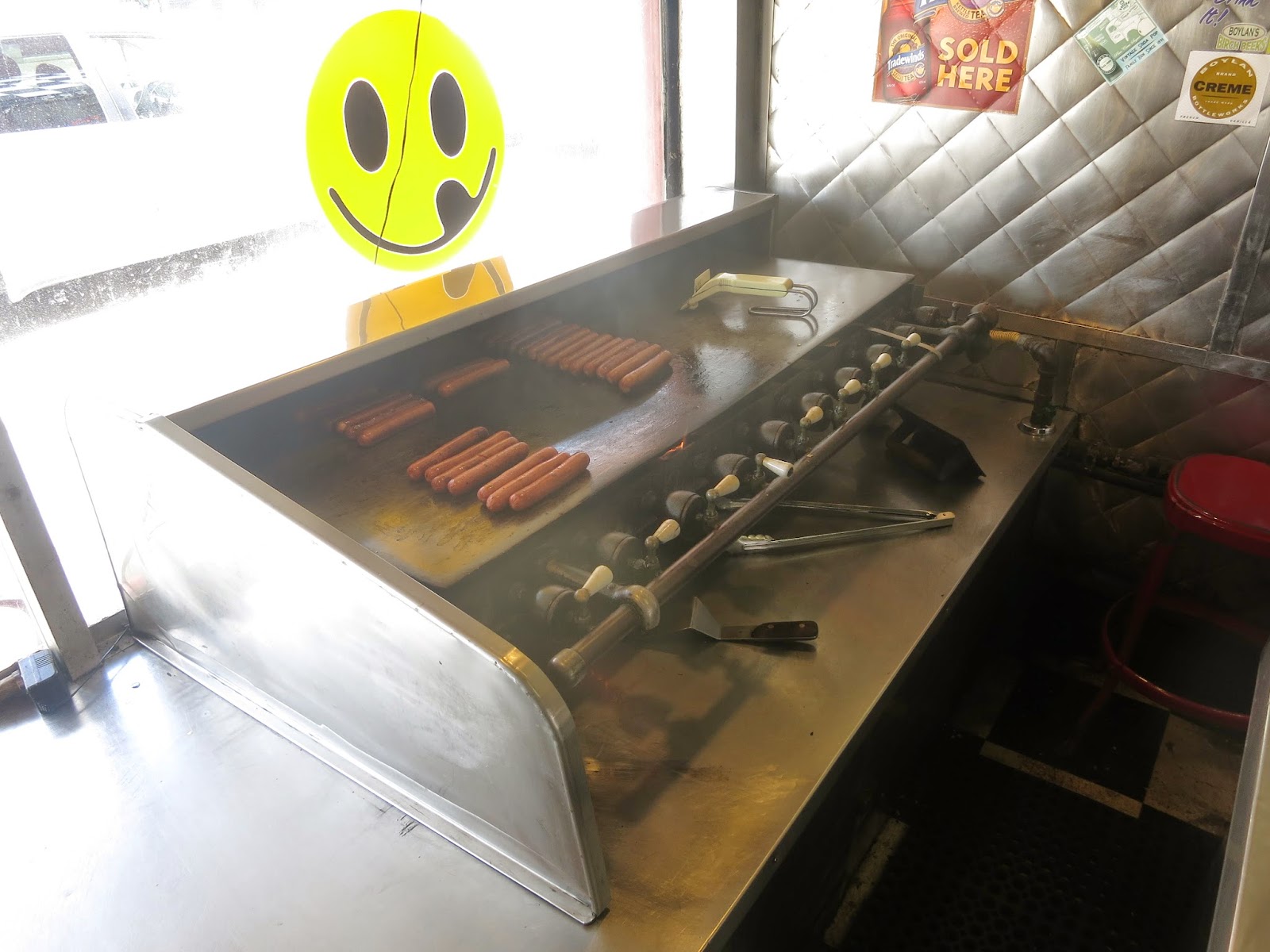 Wieners in the window like every other old time Coney haunt 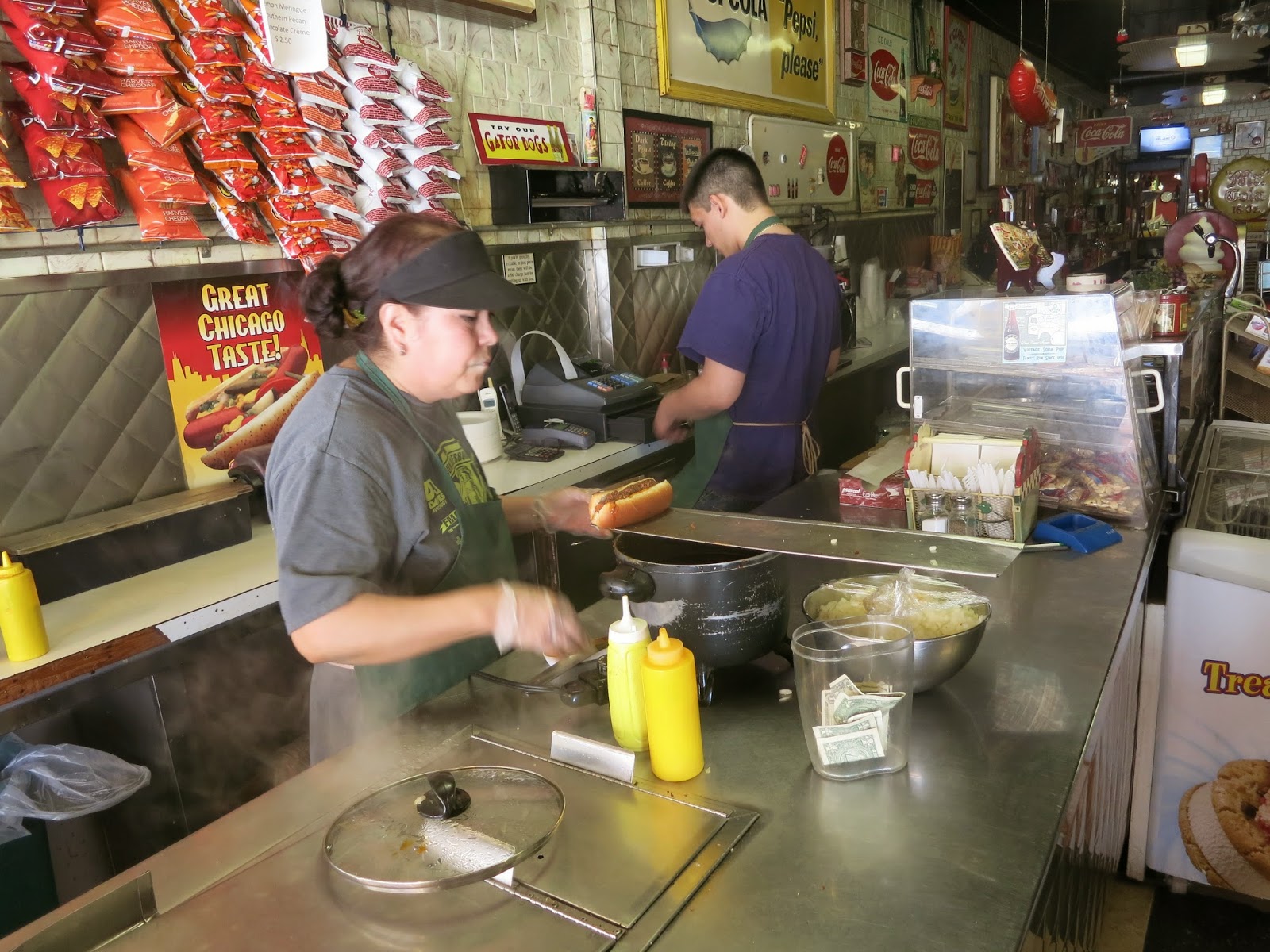 No need to mention what we were here for, only question was would it be one or two?

One as we were just coming from Gray's. So as you can see they're still preparing them like they used to and while I didn't ask I'm pretty sure the lady behind the counter has been there for a while. That's pretty much the case at every one of these stops I've made. You may of noticed the Red Hot Chicago neon in the window and or the Vienna Beef poster behind her in the picture. They make other types of hot dogs so I'm not sure what kind of wiener they use for them but the Eckrich brand Turkey/Pork hot dogs used for these ruined them. I'm not opposed to the use of cheap wieners in a Coney, most places outside Detroit and Flint use them but these taste too much like them to the point where the coney sauce was barely noticeable. All I tasted was the distinct flavor of the turkey blended hot dogs which I cant stand. Oh well, you win some you lose some. 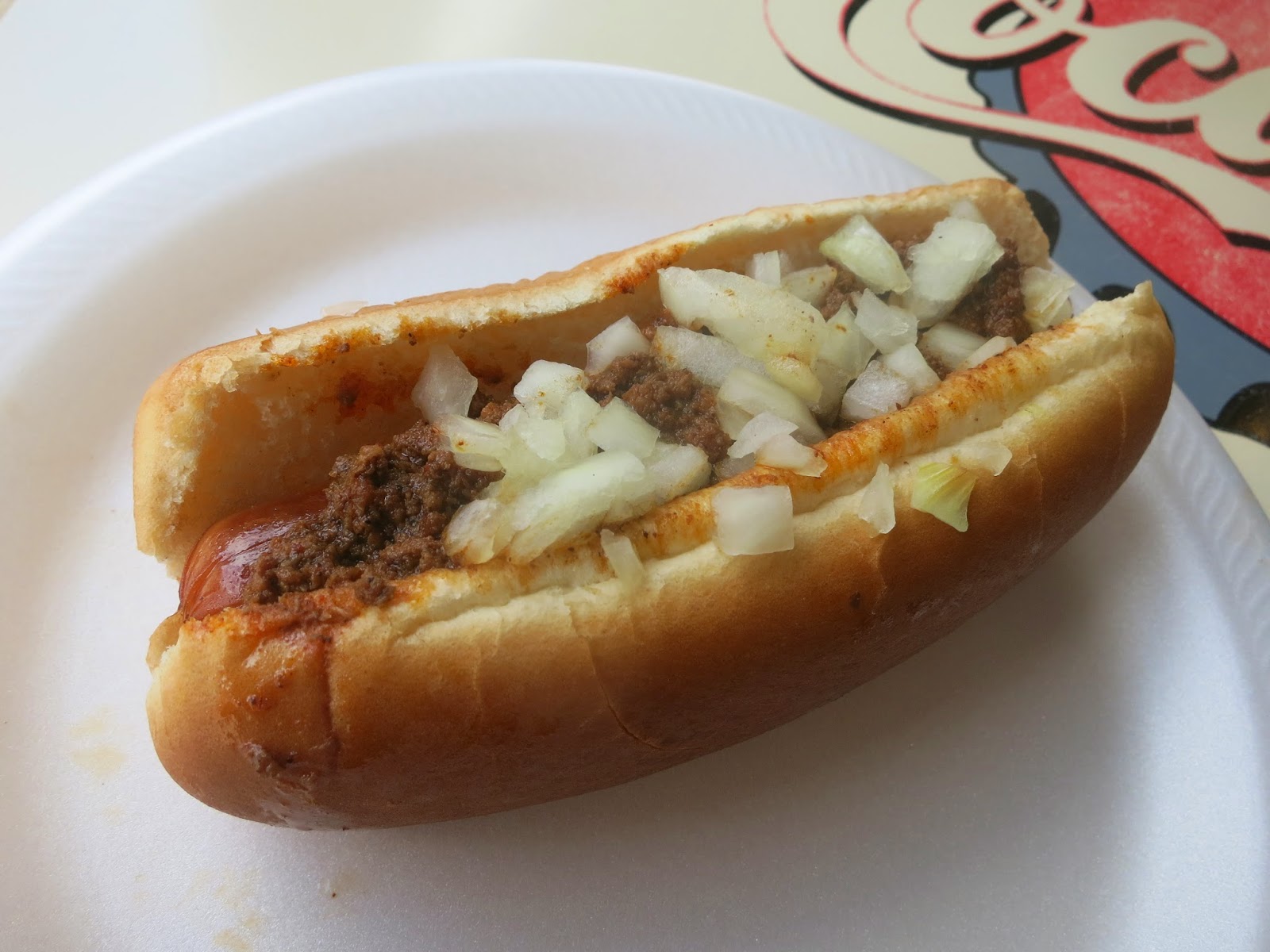 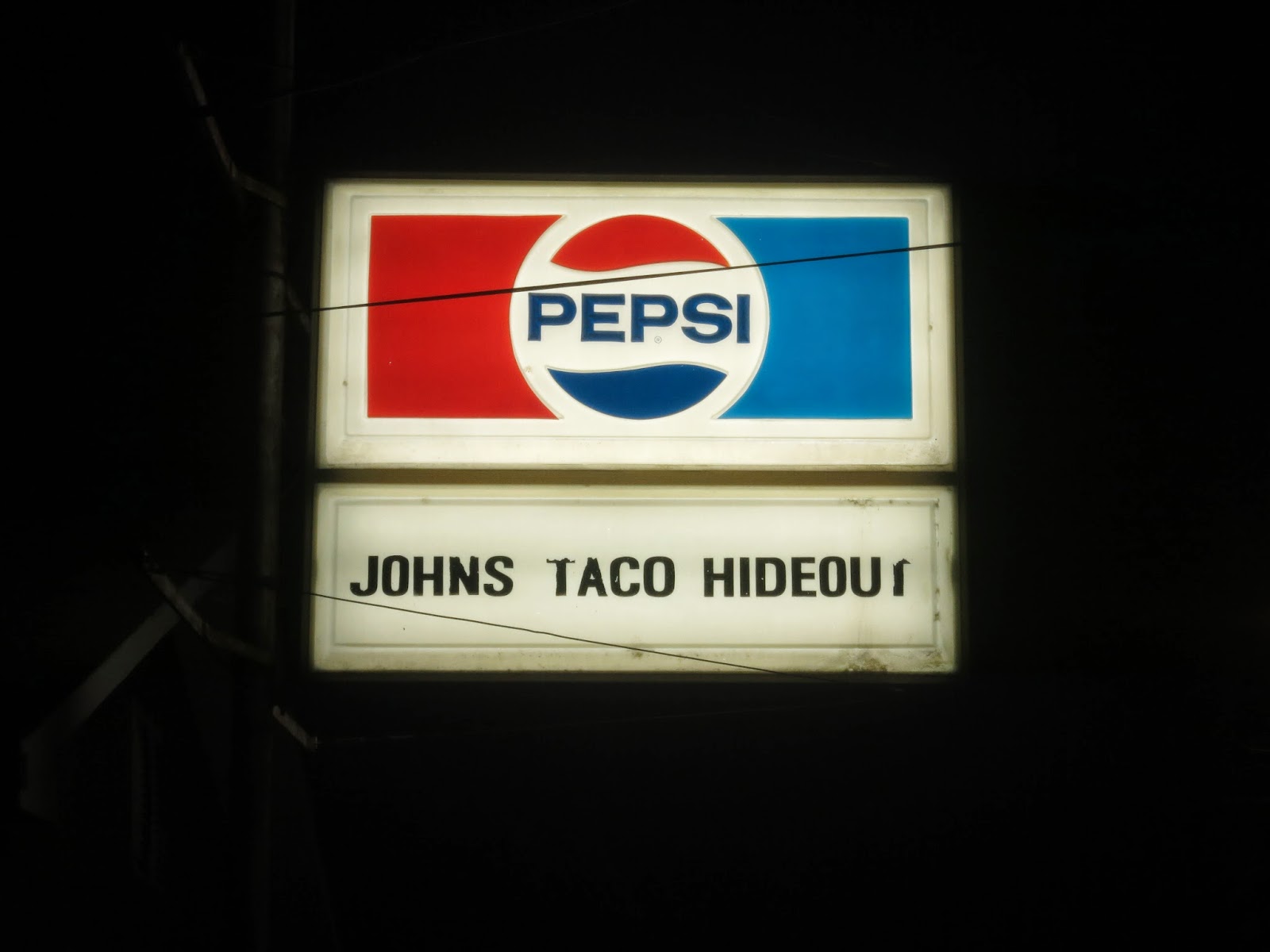 Too dark for a picture but if you could see the large trailer with motorcycles parked out front you'd get the feeling I got that this place both looked and then once inside felt like a real deal Texas roadhouse. They've been around since the 60's and as expected not much has changed. Prices still dirt cheap. 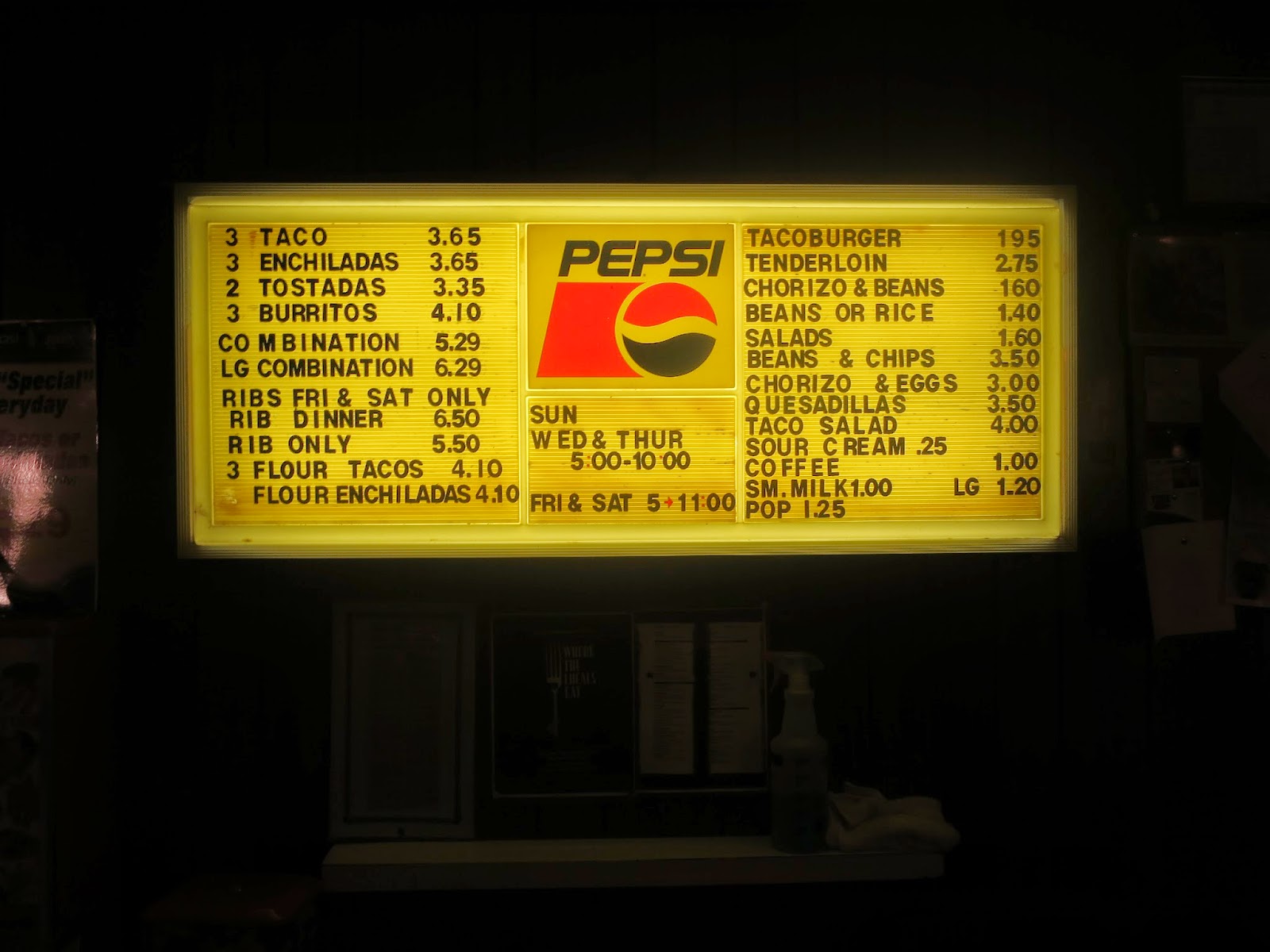 There seems to be a handful of these 1960's Mexican-American eateries around this way and maybe one day I'll get around to a post on them. Anyway a few of them serve Tacoburgers which closely resemble loose meat sandwiches and are also popular at old school Drive-in's around Los Angeles. These are made using the spiced ground beef for the tacos served on a bun. Taco Hideout has them but for some reason I just couldn't dig in. I should of for documentation purposes but this was the last stop of many on this day. I did get an order of beef and bean dip which again felt straight out of the 1960's. That said I liked it. Good gameday grub. 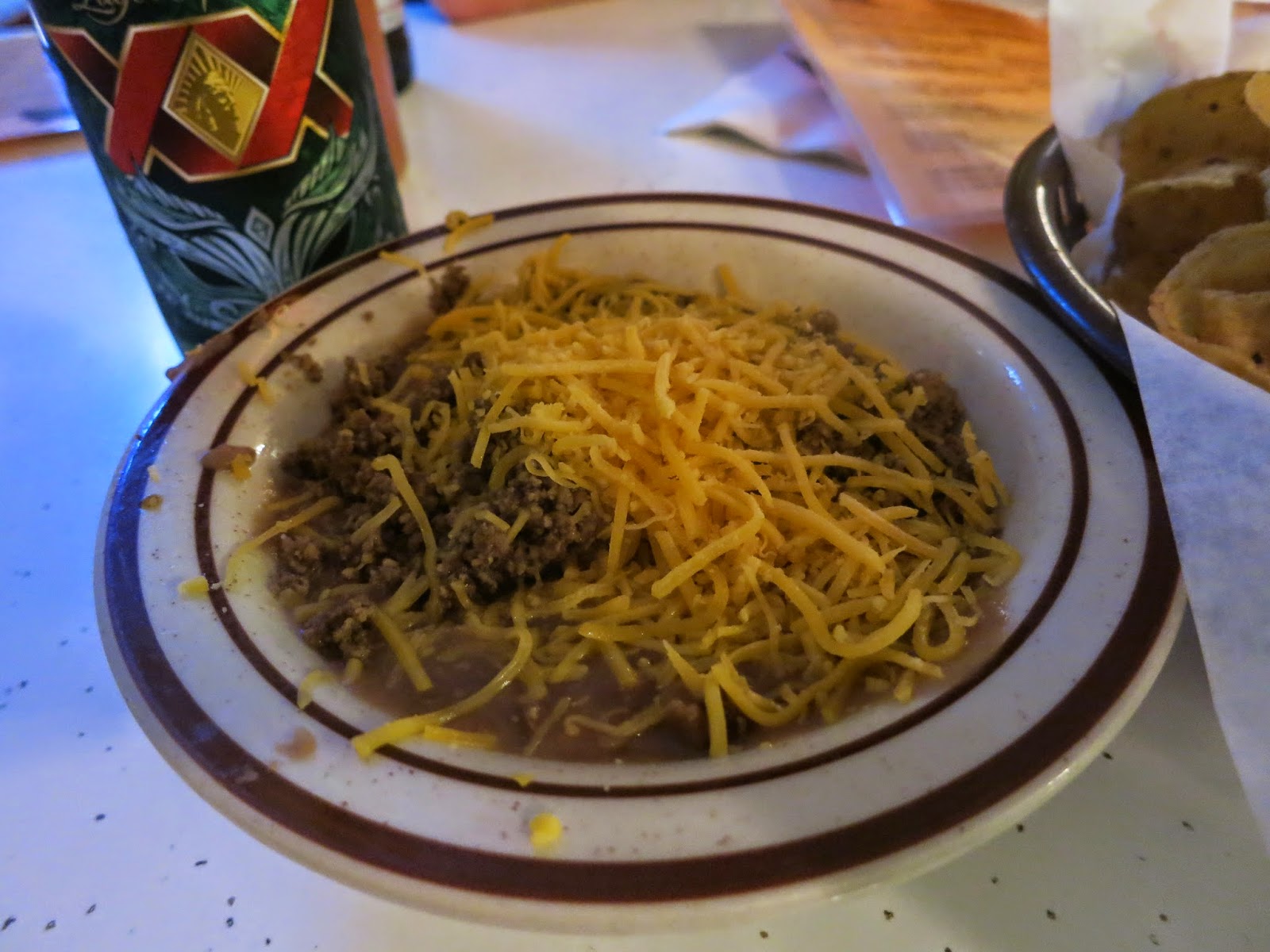 Reason for the visit was the fact they have crispy tacos. If you've read other stuff I've posted you know I'm a fan. These are my ultimate guilty pleasure which in some ways shouldn't even be that since tacos dorados are common in many Mexican states. Note: Crispy tacos meaning freshly fried tortilla, not some store bought ones from a box. These little guys came three to a basket and cost near to nothing. They weren't amazing but they were sufficient. Authentic? Who cares the guy that owns the place is Mexican so who is this gringo to tell him otherwise. Admittedly there probably aren't any places in Mexico serving tacos dorados with shredded cheddar but that's why we call it Tex-Mex. I'm a sucker for these type of spots. 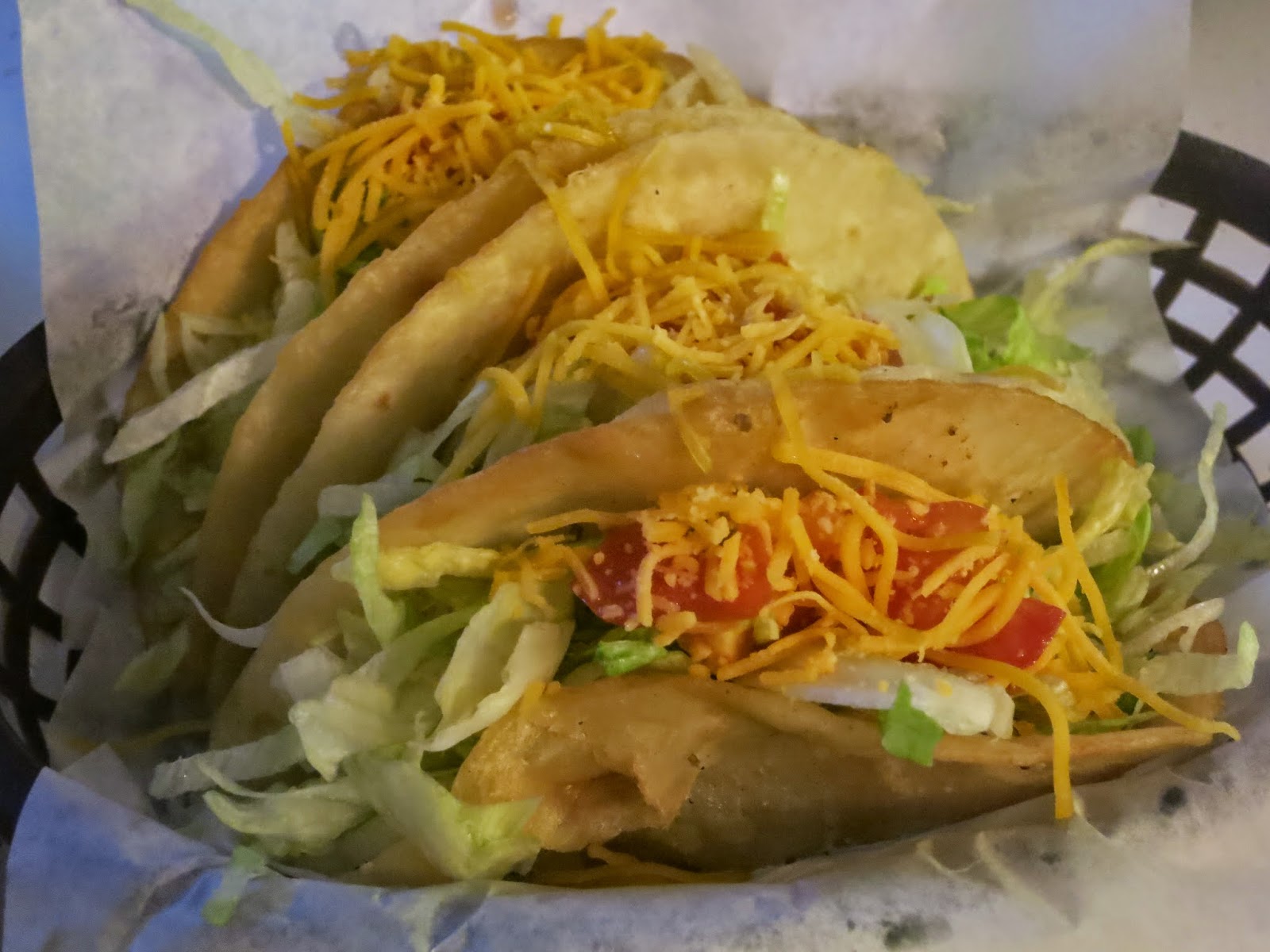 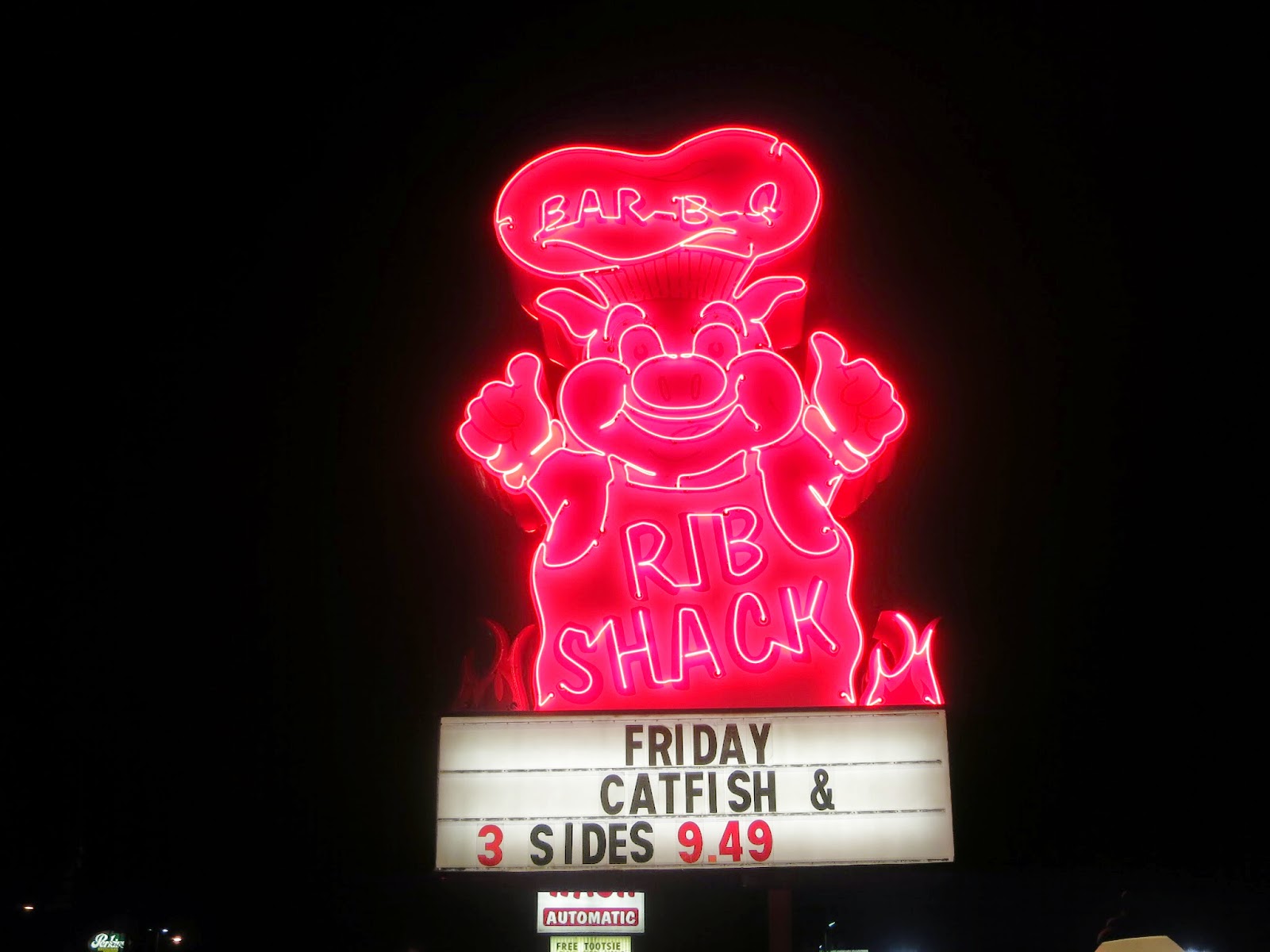 No room for another locals favorite on this trip but we did have to stop for a snap of the sign.