It's been a LONG time since I posted a recipe on here. Apologies as I've been traveling so much this summer I havent really been cooking much. That changed last weekend when I catered a little party for a friend who requested I make some steak and chicken fajitas. No problem I said as this is a really easy dish that always gets lots of likes. There's not too many ways one can make fajitas as the ingredients come down to just a handful of things. However if you're making chicken then the marinade plays the most important role. Chicken breast is boring but a good marinade can elevate it to eatable status. I decided to rely on the Homesick Texan who got her recipe from her uncle. I don't have an exact recipe as it's simple as far as what you need. Figure two bell peppers and one medium onion for every two pounds of meat. Cut them both in strips. I prefer flour tortillas for fajitas so that's what I use and sometimes if they're in season I like to flash pan fry a batch of cherry tomatoes and sprinkle them with cumin and use those too. Typical sides are rice and beans. It's hard to believe but many people mess up this simple dish. There's a few things you should know if you plan on making some soon. As far as the peppers and onions go you want to blister them which means you want your pan to be extra hot when they're thrown in. Do so in batches and do the peppers and onions separate. Sprinkle some salt and pepper on them and take off when nicely colored. 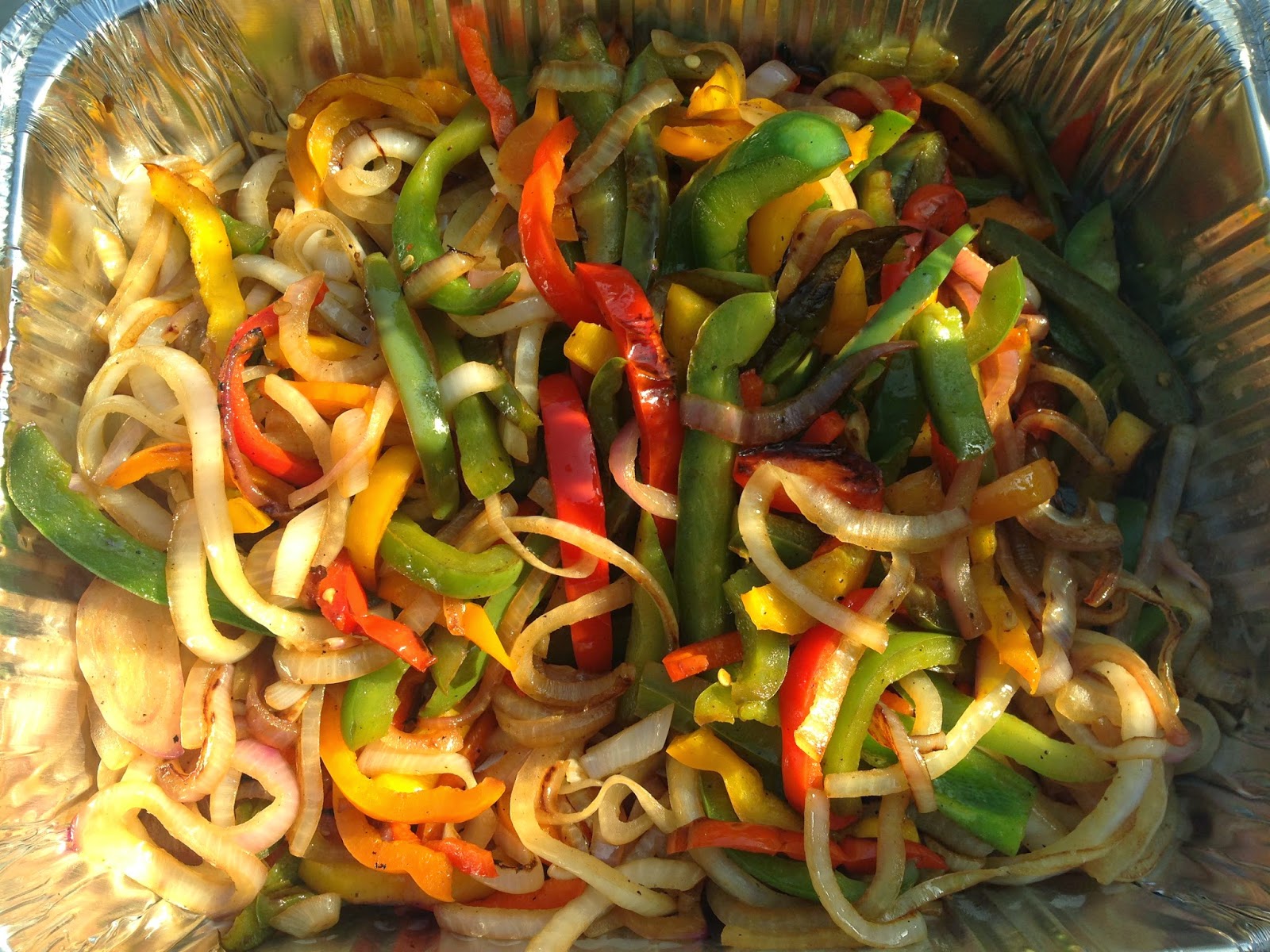 Next up is something I decided to try for a little change of pace. My always reliable cookbook collection from Robb Walsh had a recipe in one of them that suggests substituting a black bean hummus in place of regular refried beans. Perfect for a hot summer day this recipe turned the food from Tex-Mex to Leb-Mex. 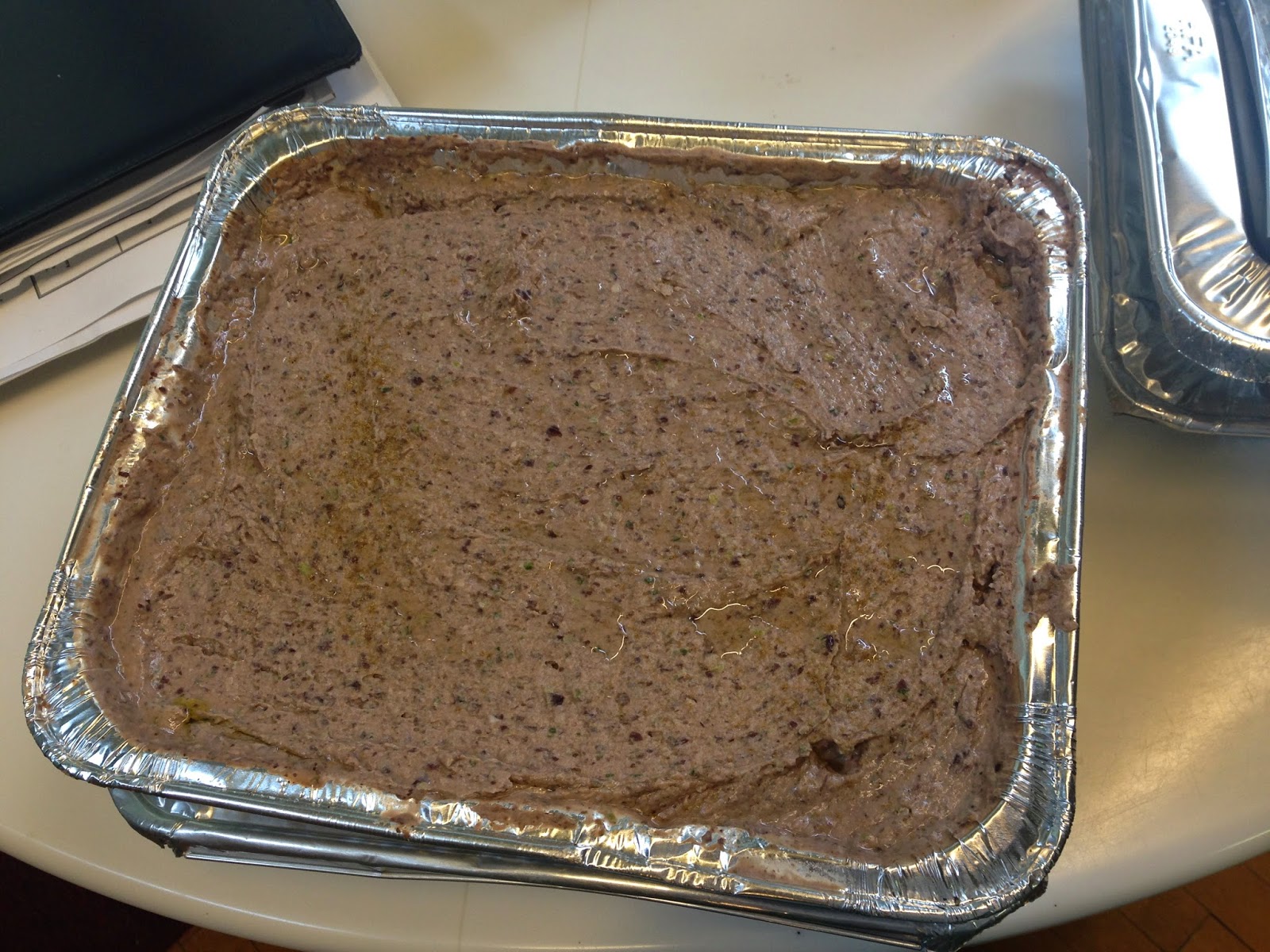 This turned out to be the star of the show for both me and many guests. I found it worked better with the chicken the beef but it was also really satisfying as a dip used with tortilla chips. Next up as far as important notes for making fajitas goes is the cooking of the meats. You better be doing it on a grill. Fajitas aren't made in the kitchen folks. Just like the tip for the peppers and onions you need to make sure the grill is both hot and well lubed. When ready cook the chicken first if making both. I should note that I prefer using tenders from Costco as they cook faster and are easily chopped once ready. For me it's all about the steak when it comes to fajitas. The perfect pair there's only one cut to use in my eye and thats skirt steak. I get mine from Tony's Finer Foods which has multiple locations in Chicagoland. They'll clean it up and slice it down the middle so it's a quick grill job when ready. I only use mesquite smoked salt and pepper as that's all you need. Slice against the grain. 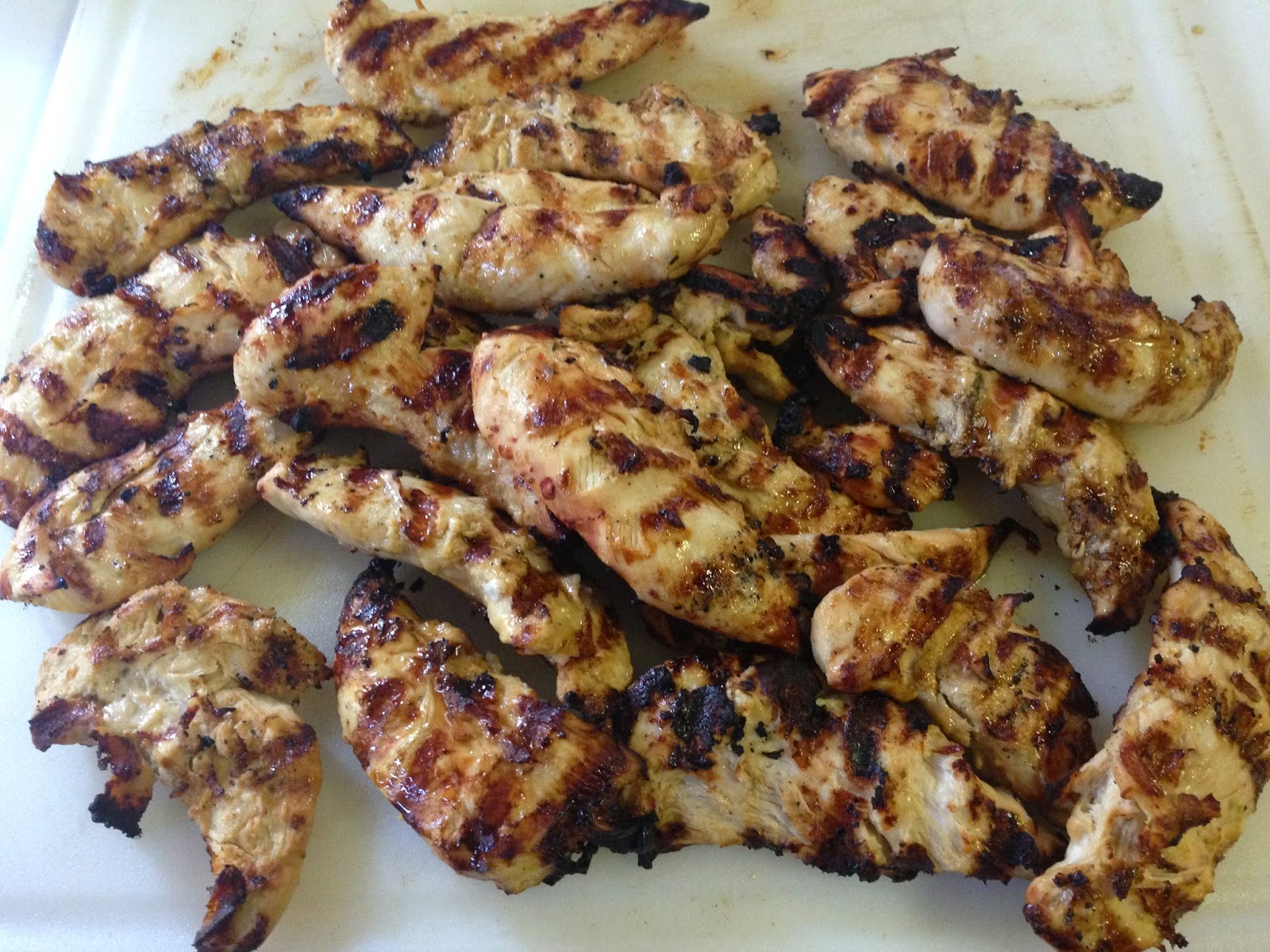 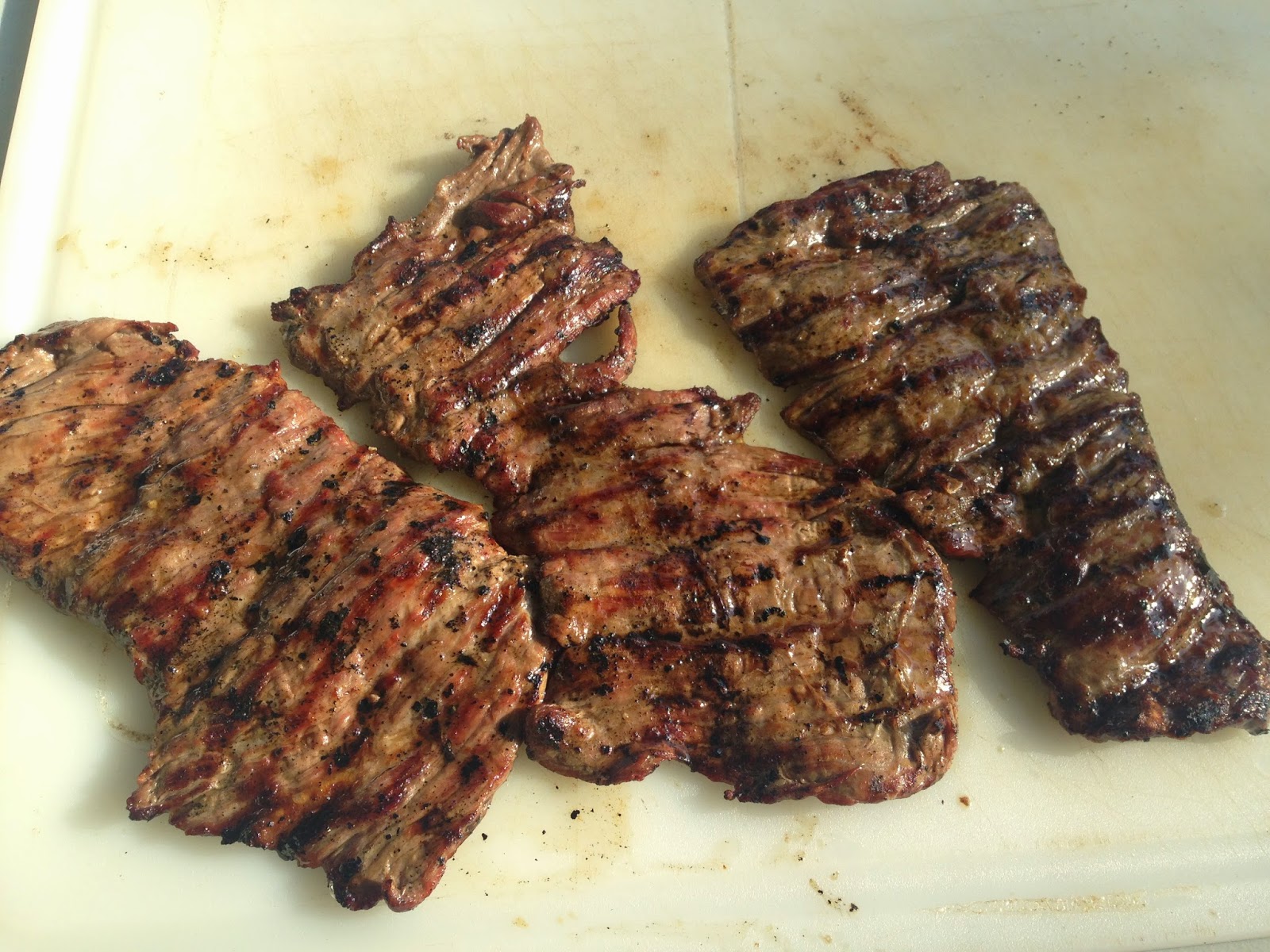 Chicken and Steak for Fajitas

Once all the meat is chopped you're now ready to assemble your plate. Barring you warmed the tortillas up on the grill to give them a little color. Assemble as you like and enjoy. 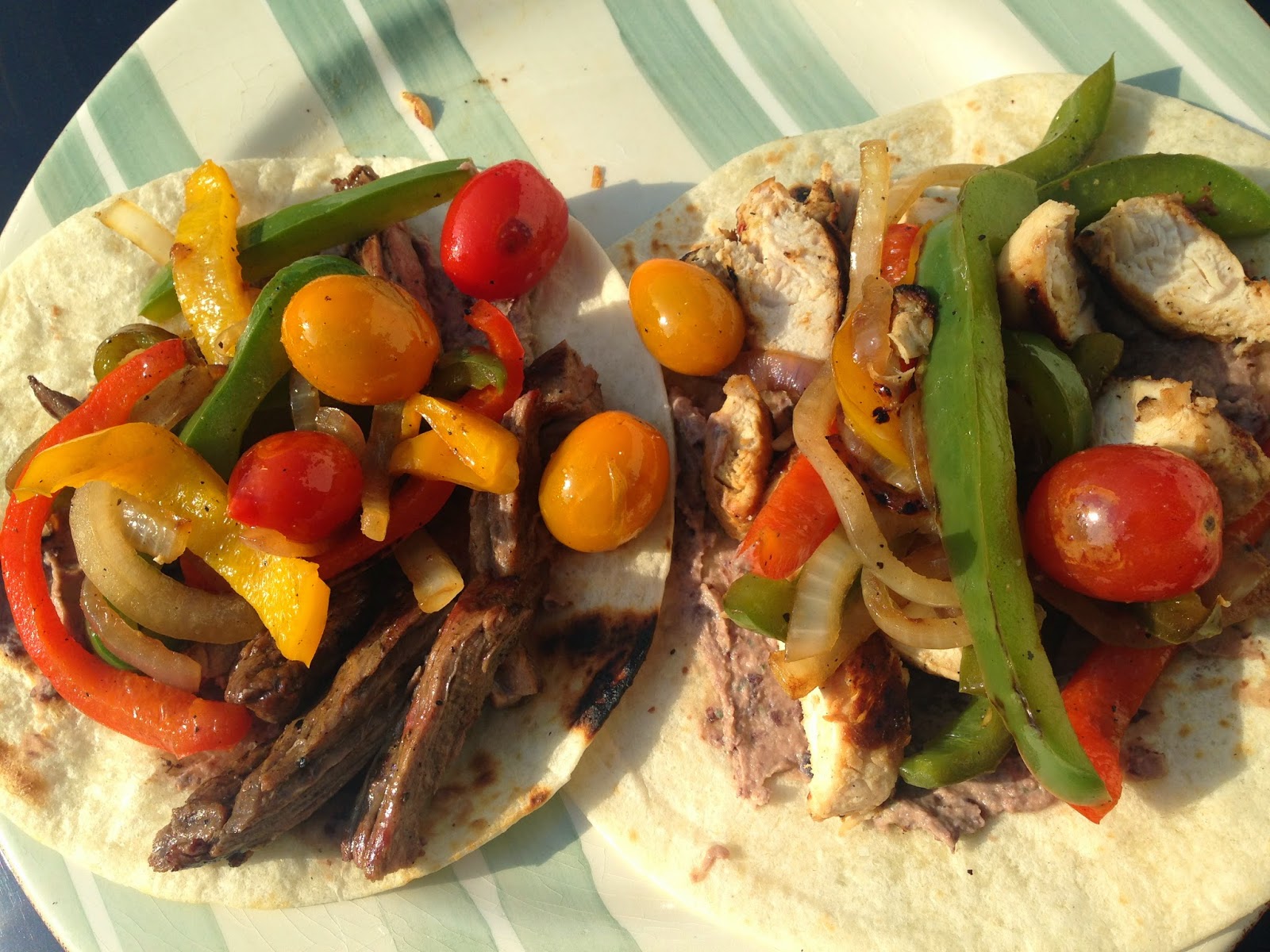