We cant let Super Sunday pass without another one of our classic recipe posts. I didn't get to cook as much during the season this past year as I had others but I still have five worthy recipes for your party. A couple are original and the others are tried and tested. As far as the game goes, I said Broncos would win it all before the season started and I'm sticking with that. Should they take the confetti shower on Sunday I will have gone 2-2 in predicting football champions this year as I had Florida State winning the BCS. I just hope it's a game for the ages because that's what it looks like it's going to be, on paper anyway. Lets hope the weather holds up and both teams are able to play at their top level. Should be a dandy.
__________________________________________________

I came up with these one day out of the blue and they turned out alot better than I expected. If you like Deviled Eggs and Chicago style hot dogs, no chance you dislike these. I just mixed mustard into the yolk and sprinkled celery salt into that. The weiners were diced then sauteed and every other standard Chicago stye hot dog topping is in there as you can see from the picture. 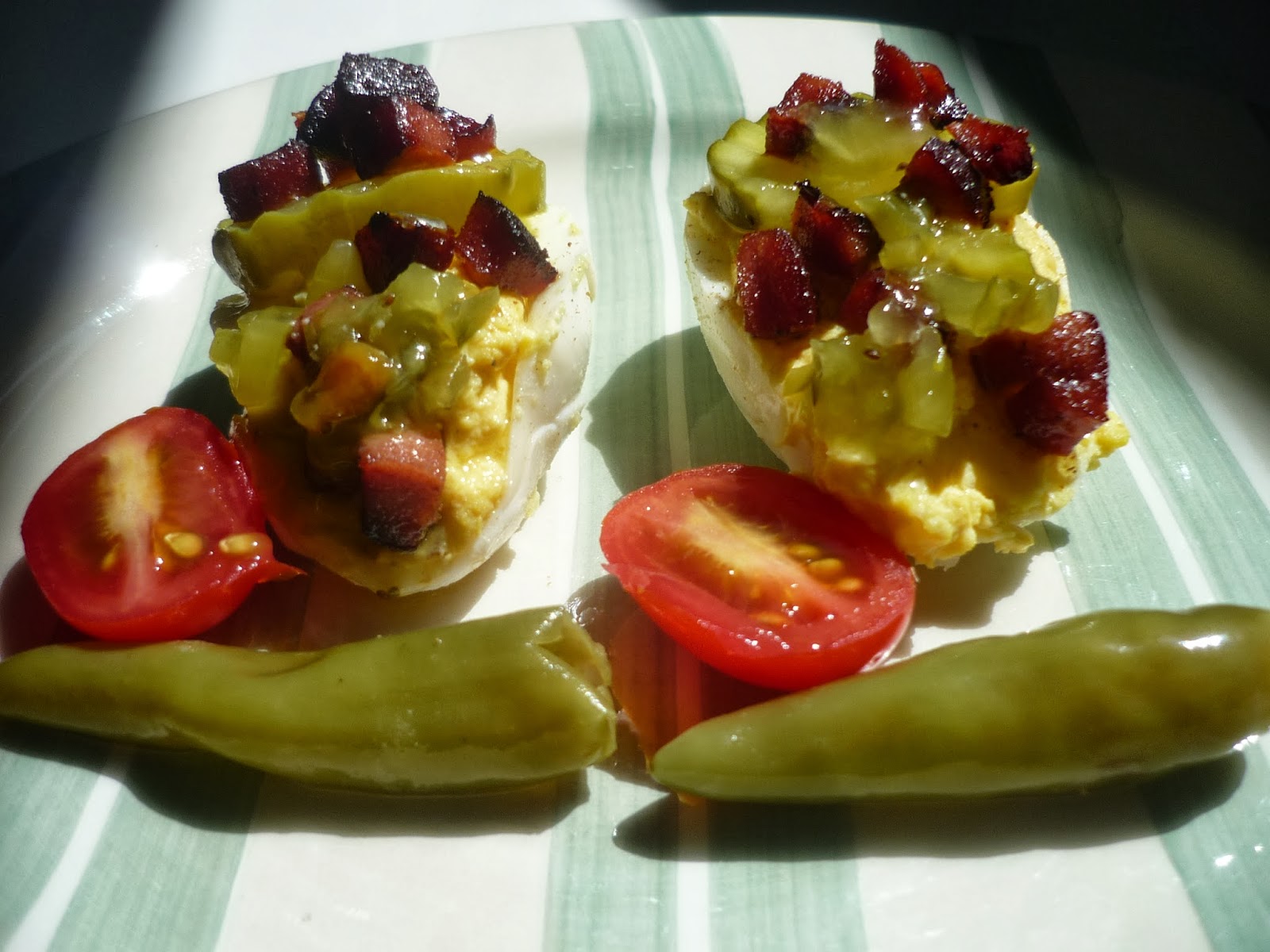 These always go quick at any party they're served at. You can get everything you need to make them at most any Mariano's location. Loose Italian Sausage, chopped garlic and shredded Parmesan joins chopped cremini mushrooms in the skillet. That mixture is stuffed into a peppadew pepper (available at the deli counter) and they bake for 20 minutes. I loosely follow this recipe HERE.

Note: Loose sausage doesn't get that fine so you may need to whip out the kitchen scissors and throw your cooked crumbled sausage in a cup to break it down even further. 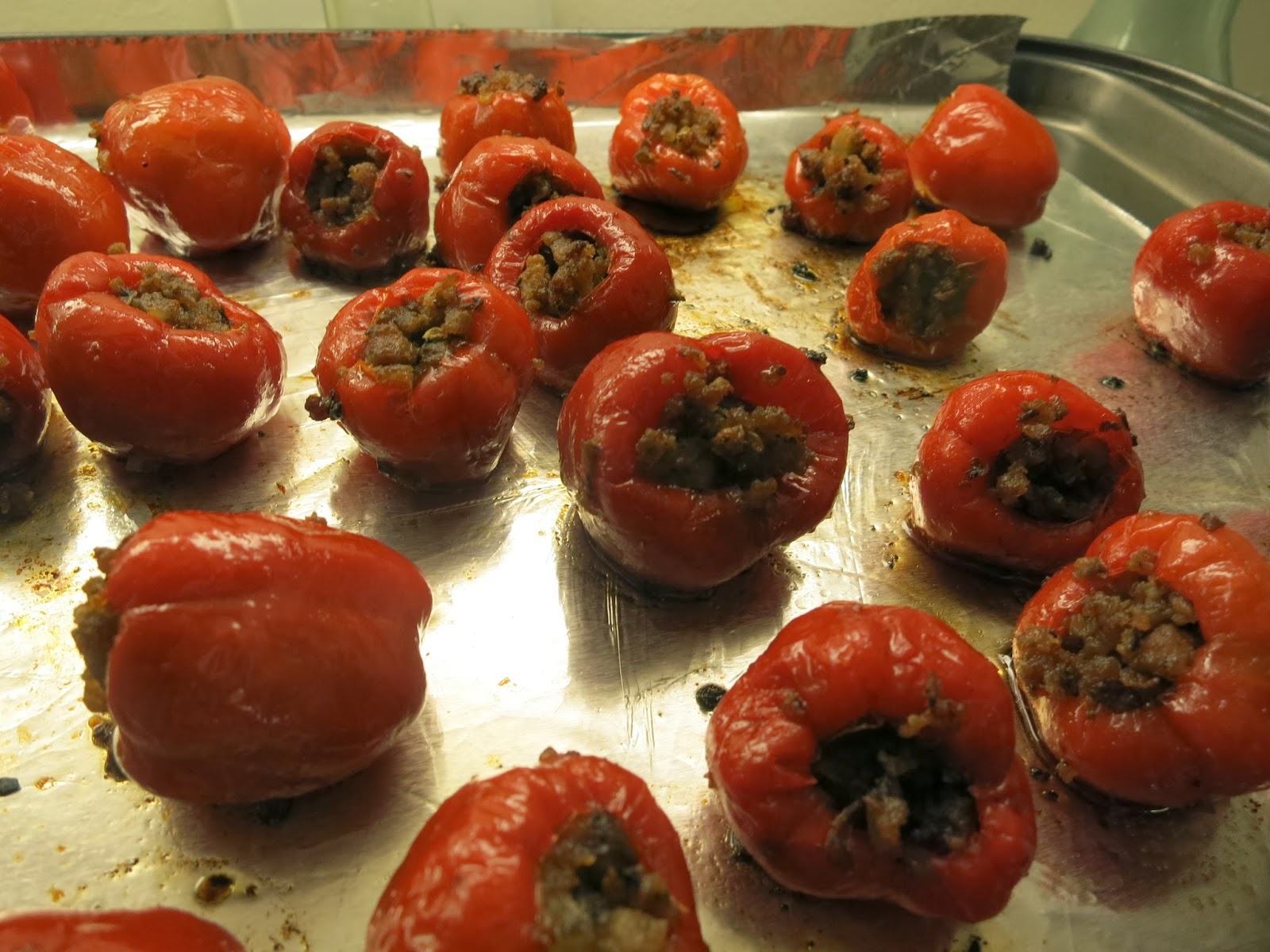 Why don't we see either of these on more bars and restaurant menus? It's such an easy and cheap finger food to make that places could make a killing selling snack plates of it for $4/$5 an order. I love them both but actually prefer the fried banana pepper rings (the bottled variety). Someone needs to add those to a burger. The fried Giardiniera I've been making this season is always a welcome addition to the days platter. Every neighborhood bar with a deep fryer in back should offer this on the house opposed to popcorn. 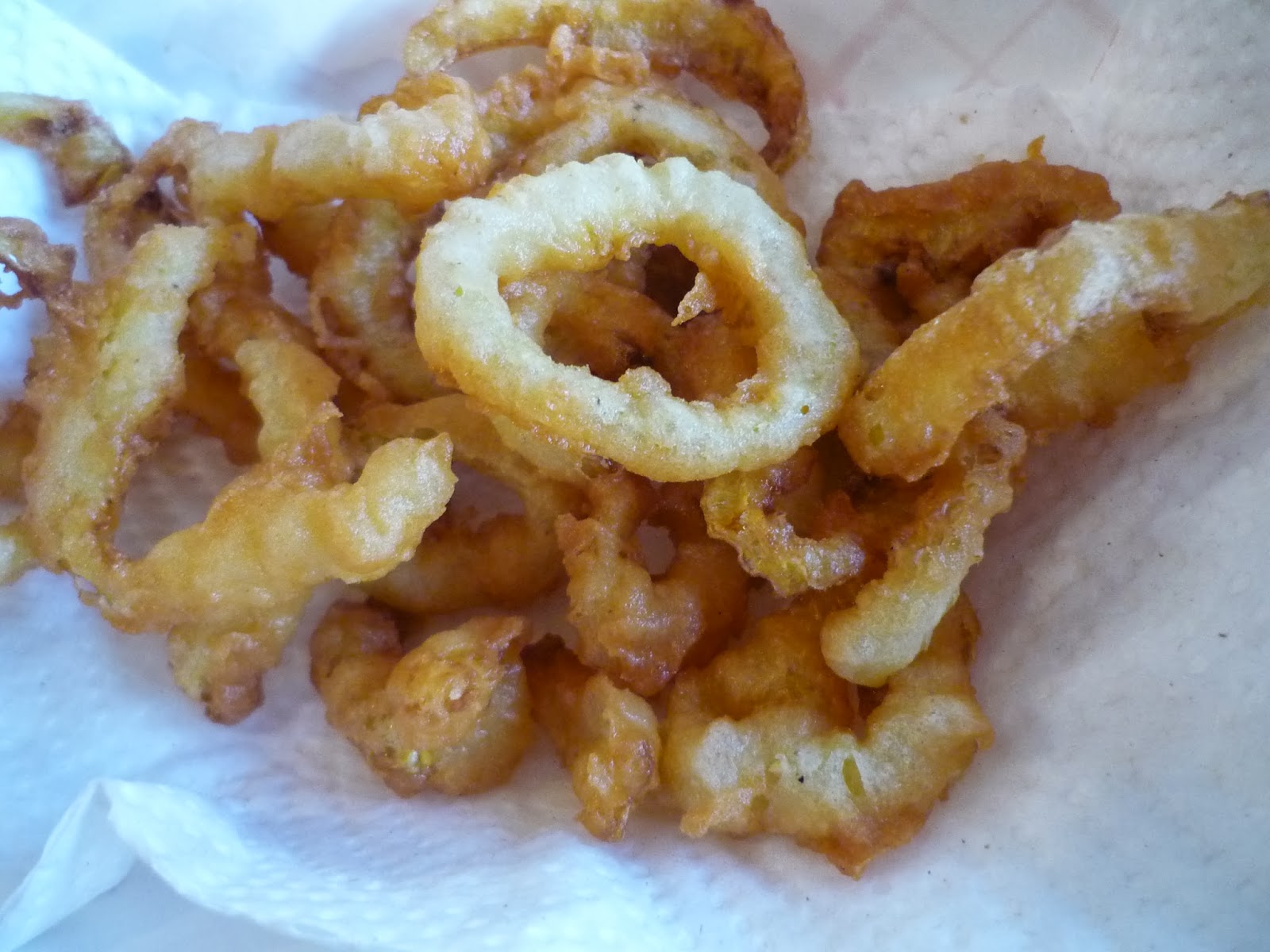 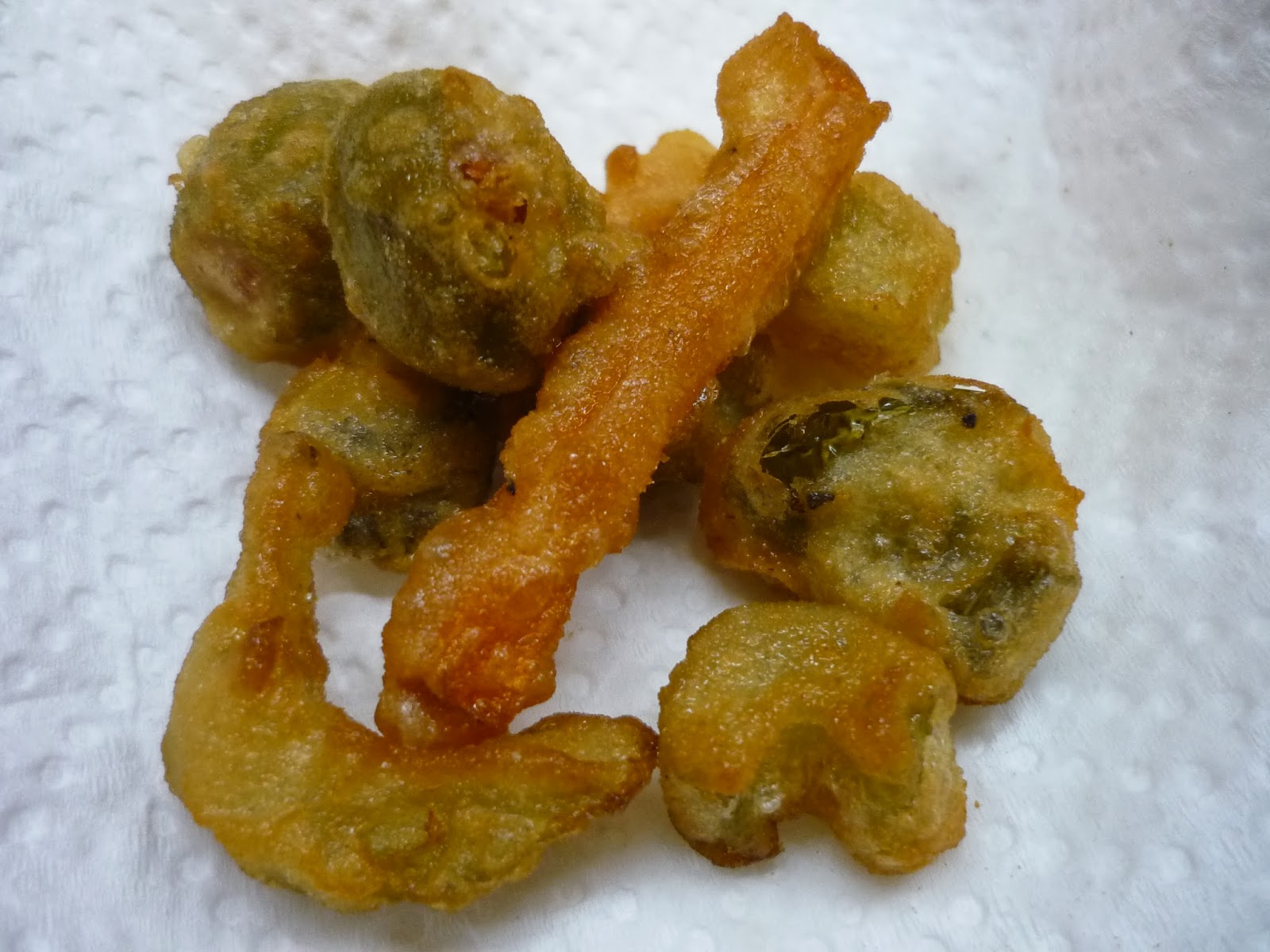 Nothing gets the house smelling quite as fragrant as steamed mussels in white wine. One of the simple joys of the kitchen that many might find intimidating at first but once you make your own batch it's hard to pay $15 for 1/4 the amount at some trendy restaurant. I've found adding a cup of shrimp stock (I keep some frozen ones in the fridge) just boosts the broth to another level. Stuff like diced pancetta, leeks and garlic go great with the white wine shower. 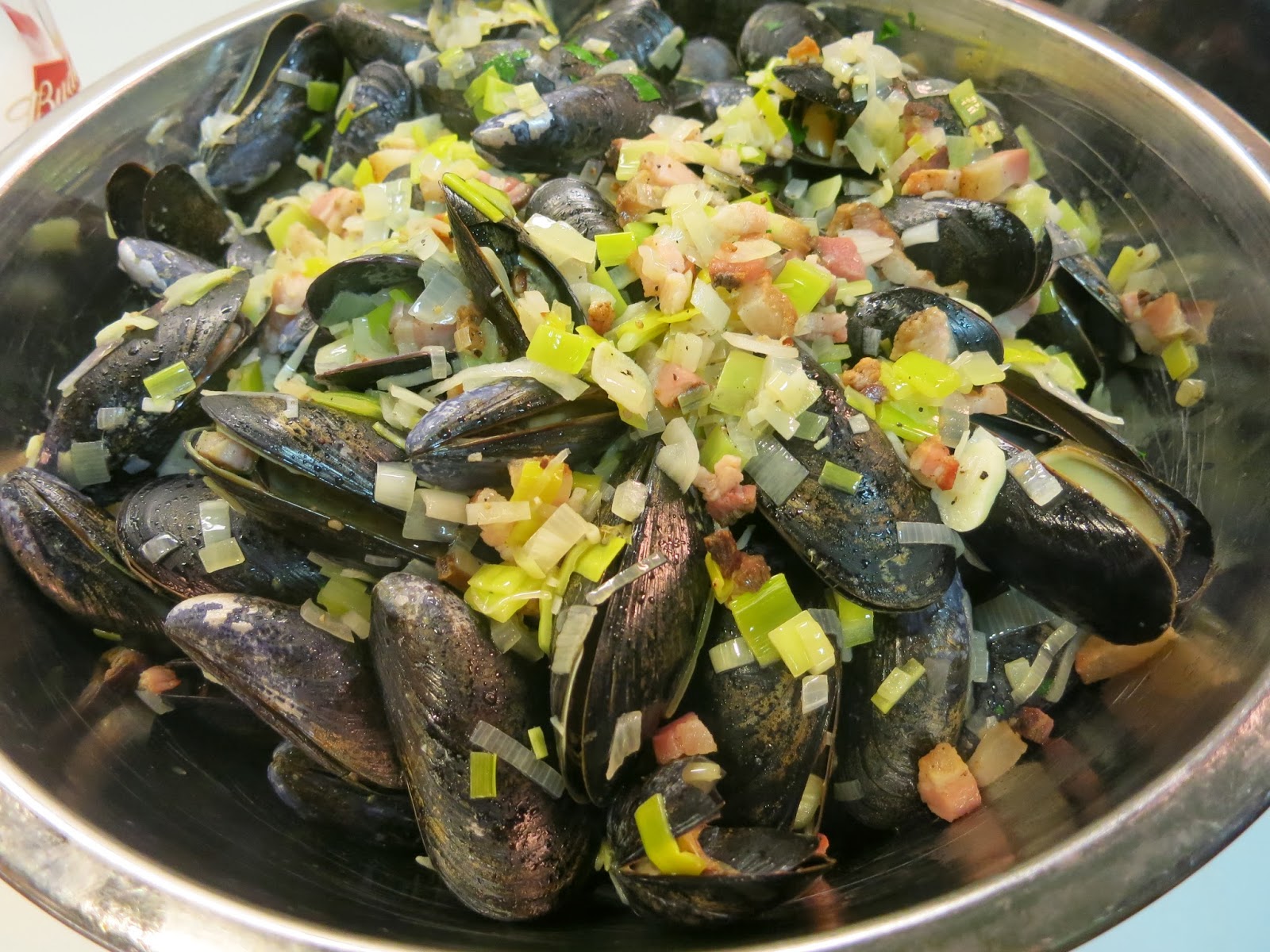 Here's a step by step guide to making a toasted beef sandwich, an idea I got from someone who was explaining a sandwich they loved at a place now gone. Here's how I remade his description of it. First up you have to head over to Pop's Italian Beef and buy an order of their catered beef (minimum two pounds). You can use some random brand from the grocery store but Pop's is one the cities best Italian beef slangers so I'm willing to take the ride. It's nice to make these one night and a beef with hot the next. They give you everything you need. I turned the French rolls supplied into garlic bread. After that I layered the beef from the bag onto the bread. I then and added a row of sport peppers and topped that with cheese. Put it in the oven and bake until the cheese melts. Serve with a cup of the gravy (au jus) on the side. 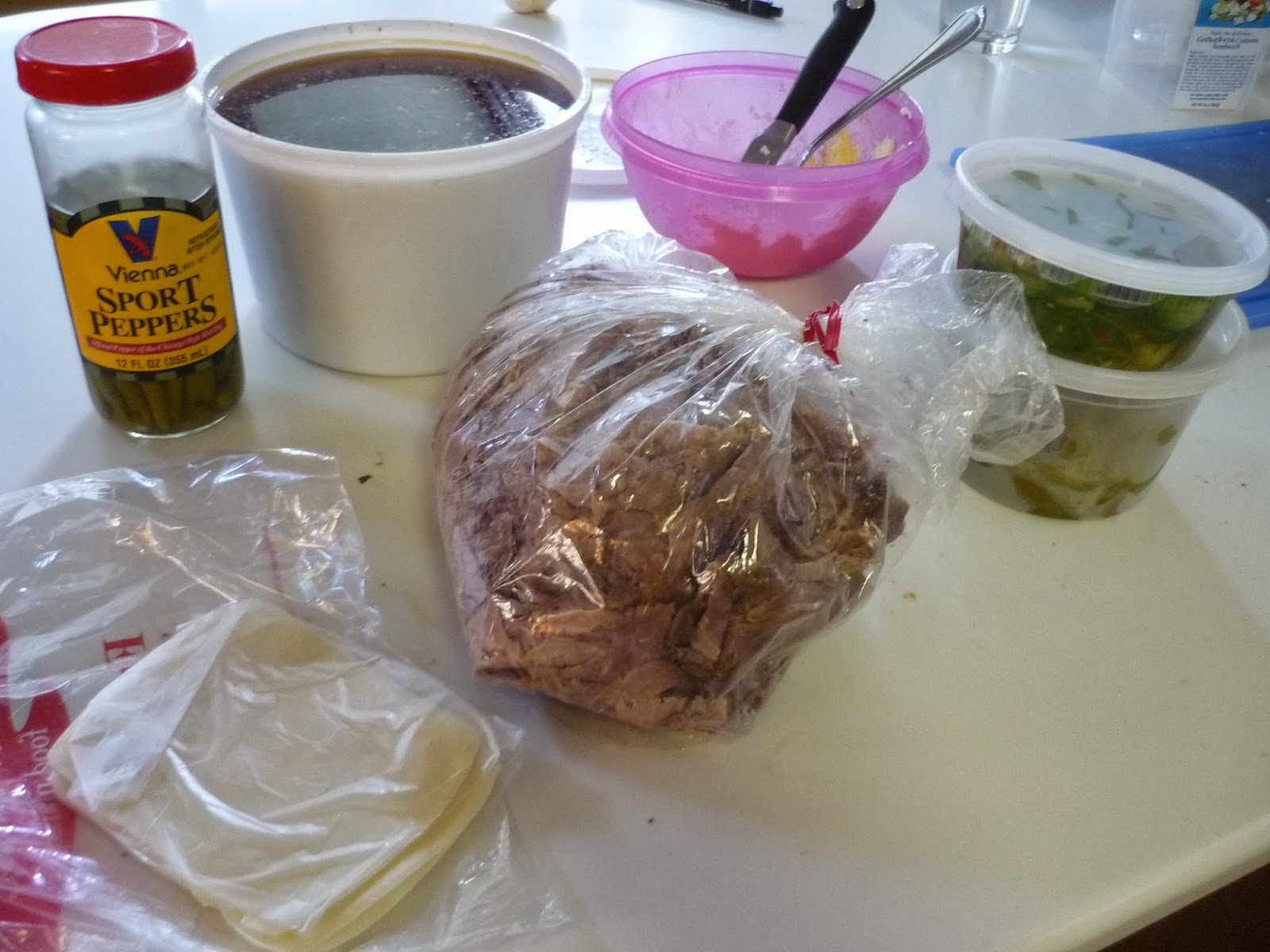 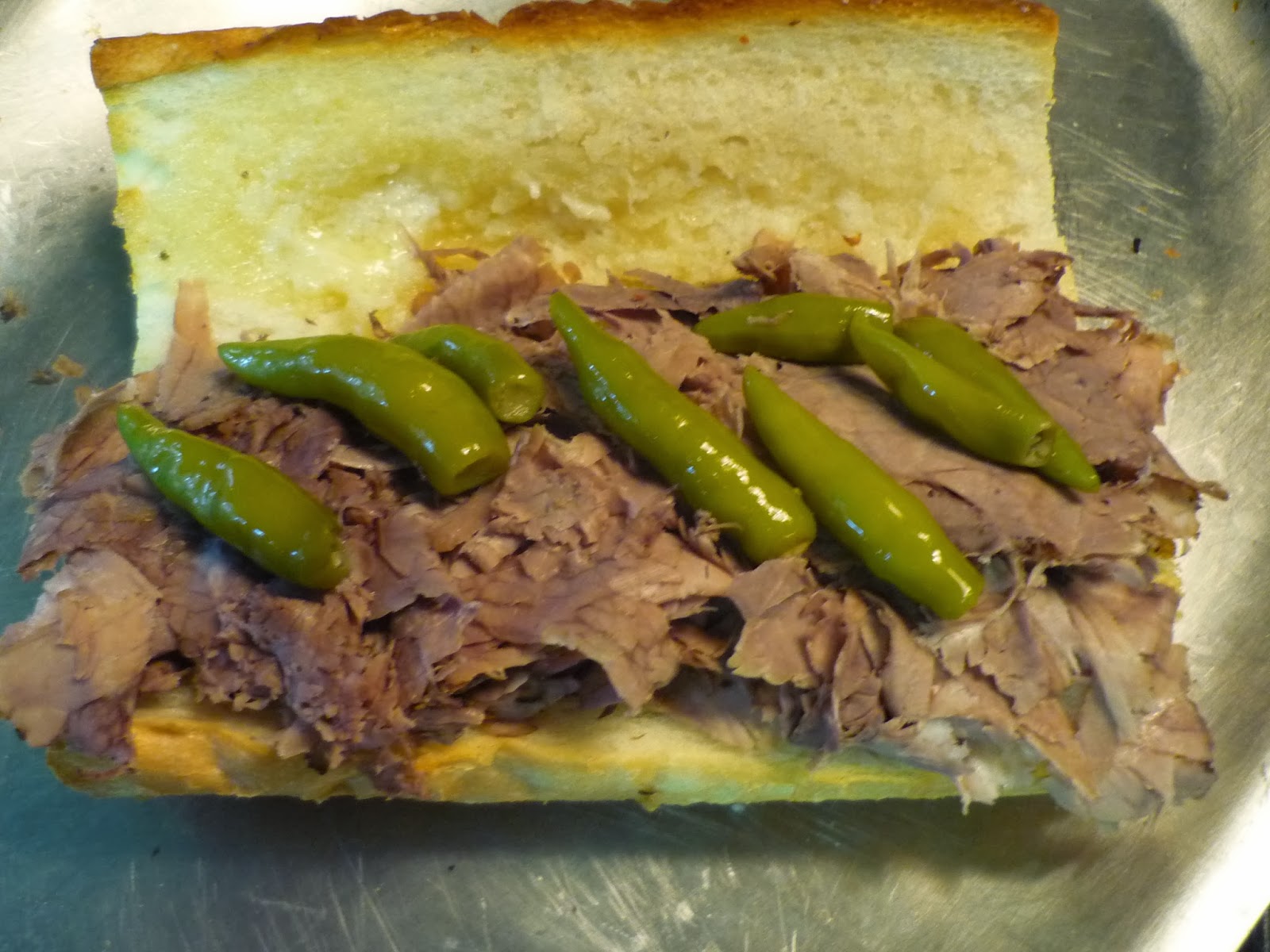 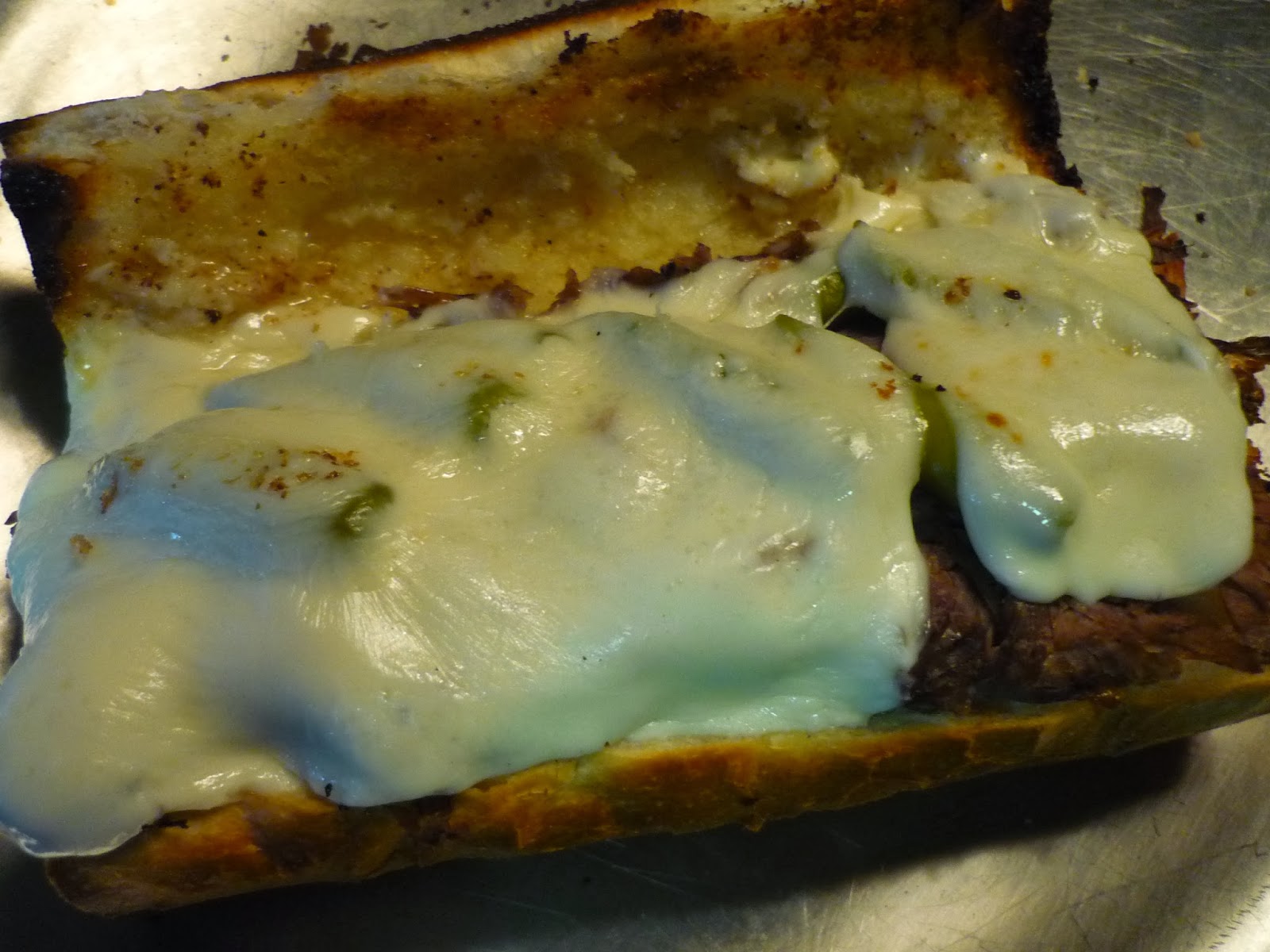 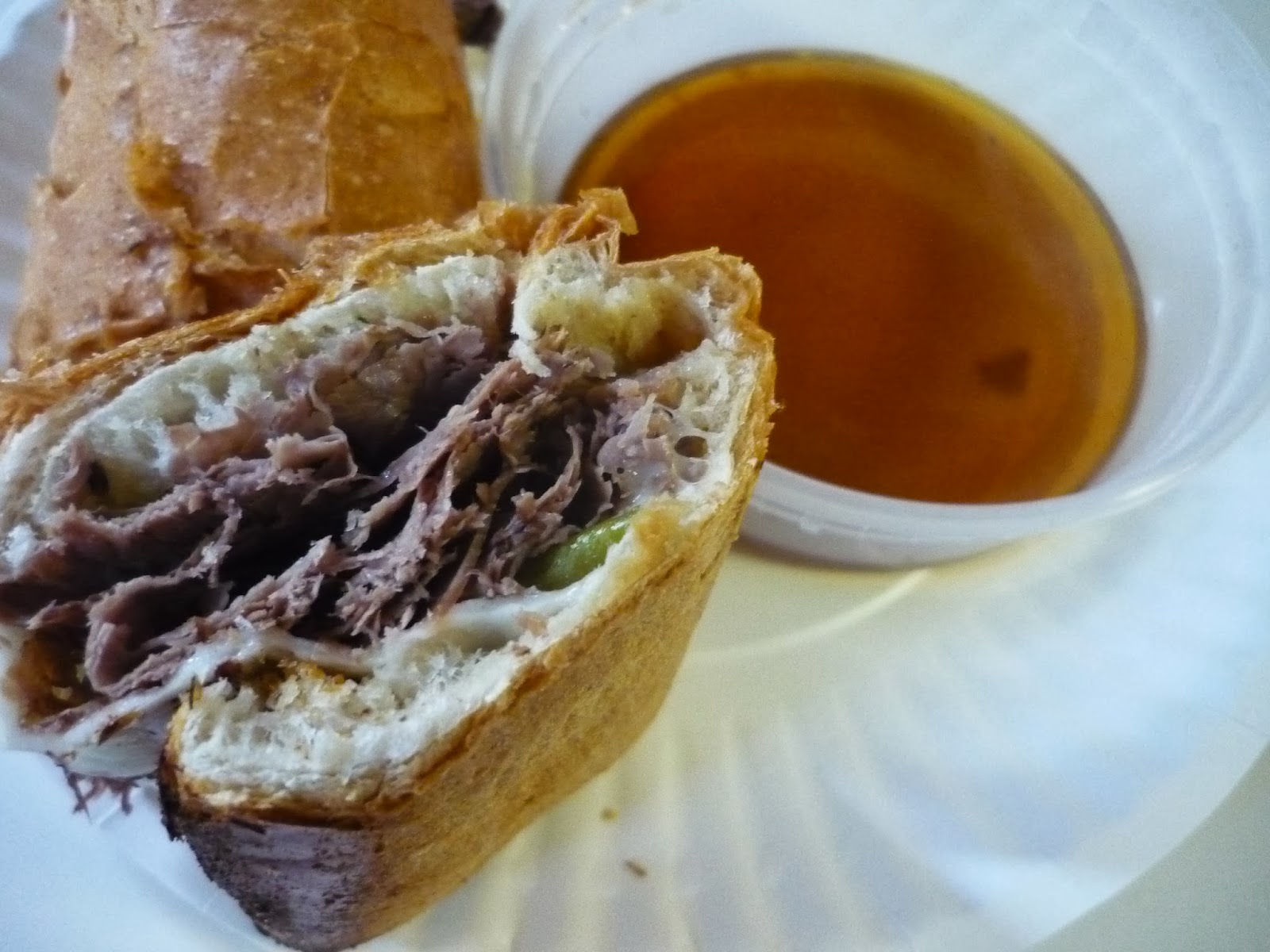 Last but not least is a pretty good chicken gyro, or shawarma if you want to call these that. Either way, they're an easy to make eat for a large party, and they taste great.

Directions: Combine everything but the chicken into a bowl and stir together. Add chicken into a ziplock bag and pour the marinade into it. Let sit in fridge for as long as you can (up to 12 hours). When ready, grill the chicken meat and simply cut each piece as if you were slicing it off of a spit. Serve with warm pita bread, sliced red onion, tomatoes and a tzatziki sauce of your choice, I like one made with dill. 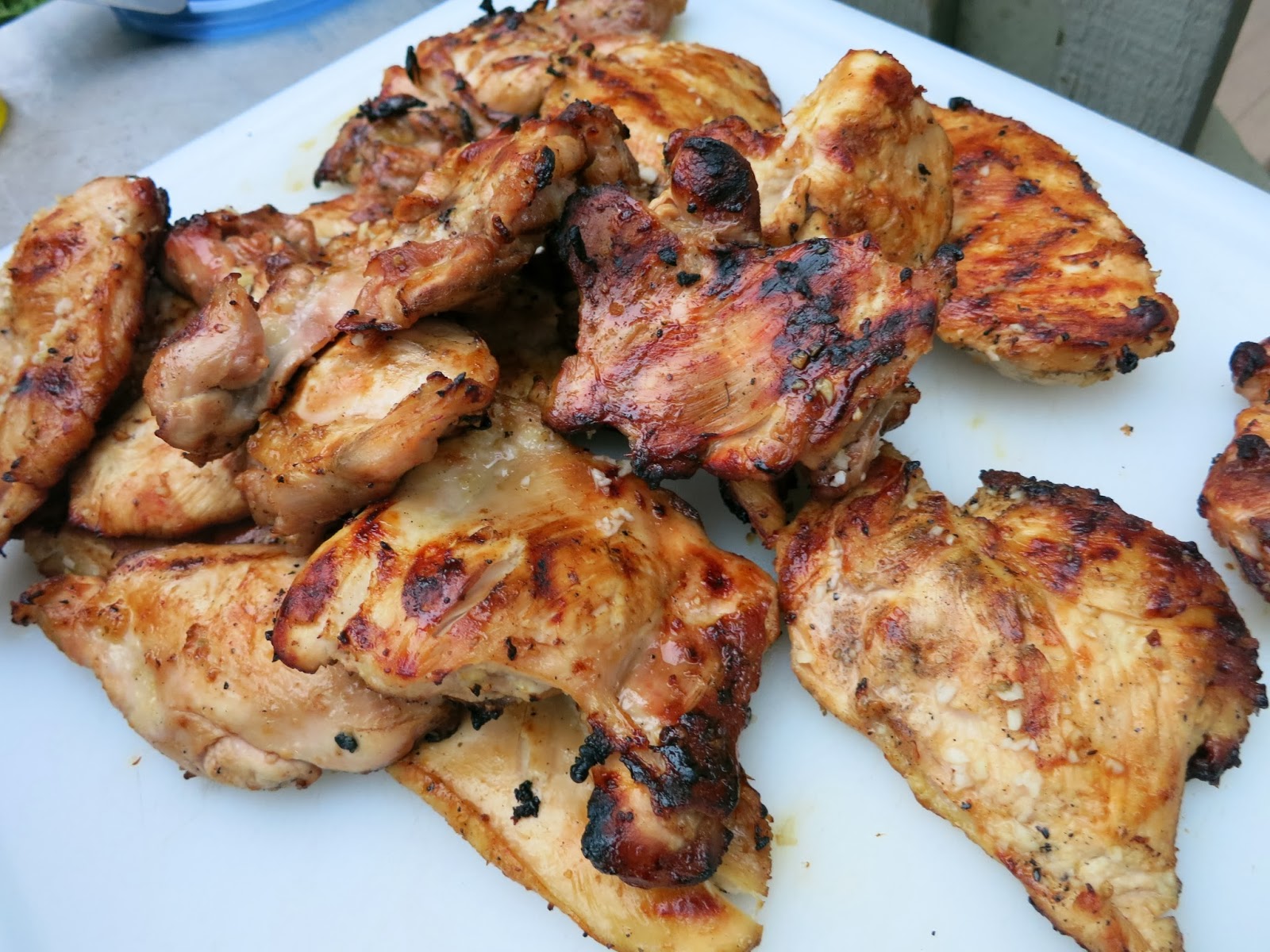 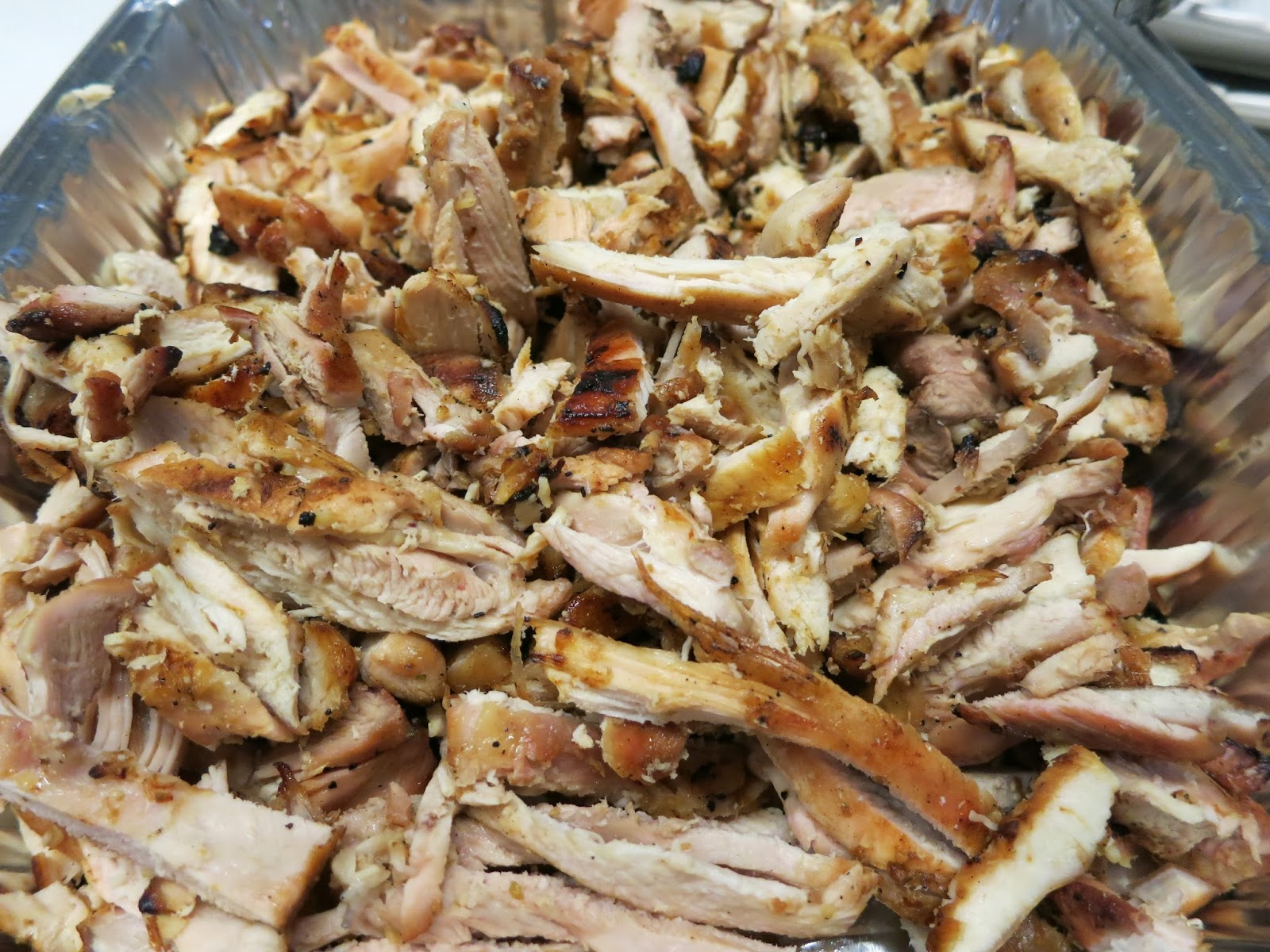 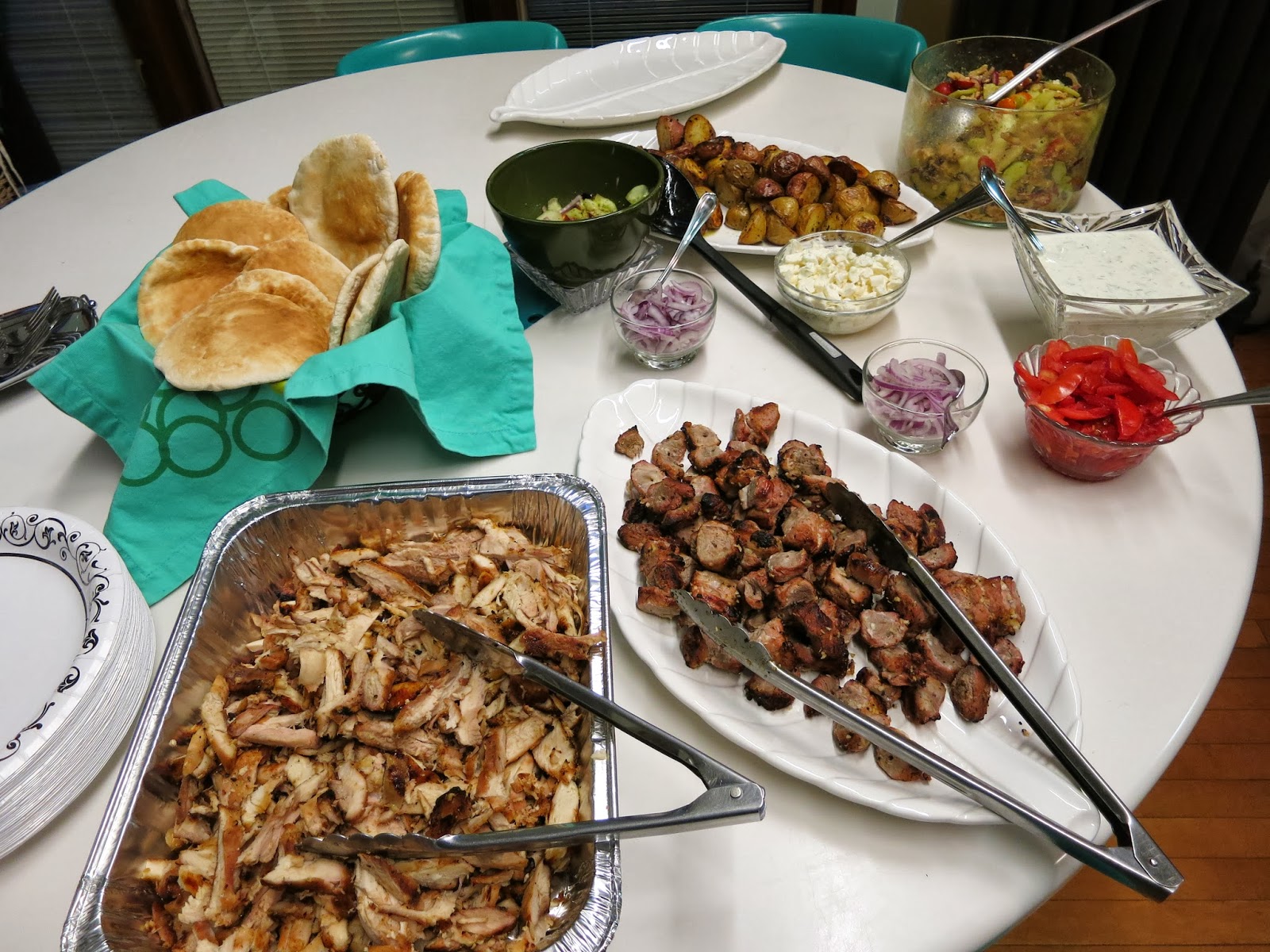 Also see all tags with 'super bowl recipes'
Posted by KingT at 12:00 PM

I love using those peppadew peppers for an appetiser, you can stuff them with so many different ingredients. For a cold appetiser try stuffing the peppadews with curried crab dip - just mix together some fresh crab meat, some finely diced green onions and/or celery, mayonaise, and some curry powder. I often bring these to a picnic or potluck when using an oven is not an option