-Grubbing in Chicago
Where the Chinese Noodles at?

With the New Year here I thought now would be a good time to share a place I figure I'll be eating out at quite a few times in 2014. Sing's Noodle House in the Chinatown Mall opened towards the back end of 2013. As is the case at least 7 times out of 10 I was led here by LTHforum. Soon after Mr EZ Livin shared his meal on the board they were featured in the Reader as well. This is usually how the circle goes as far as food finds. While no one person is responsible for "finding" a mom and pop restaurant there's usually somewhere it took off as far as attention from press goes. In this case I think Sing's deserves all the press they can get. I've been waiting for the availability of hand pulled noodles within city limits for a while now. 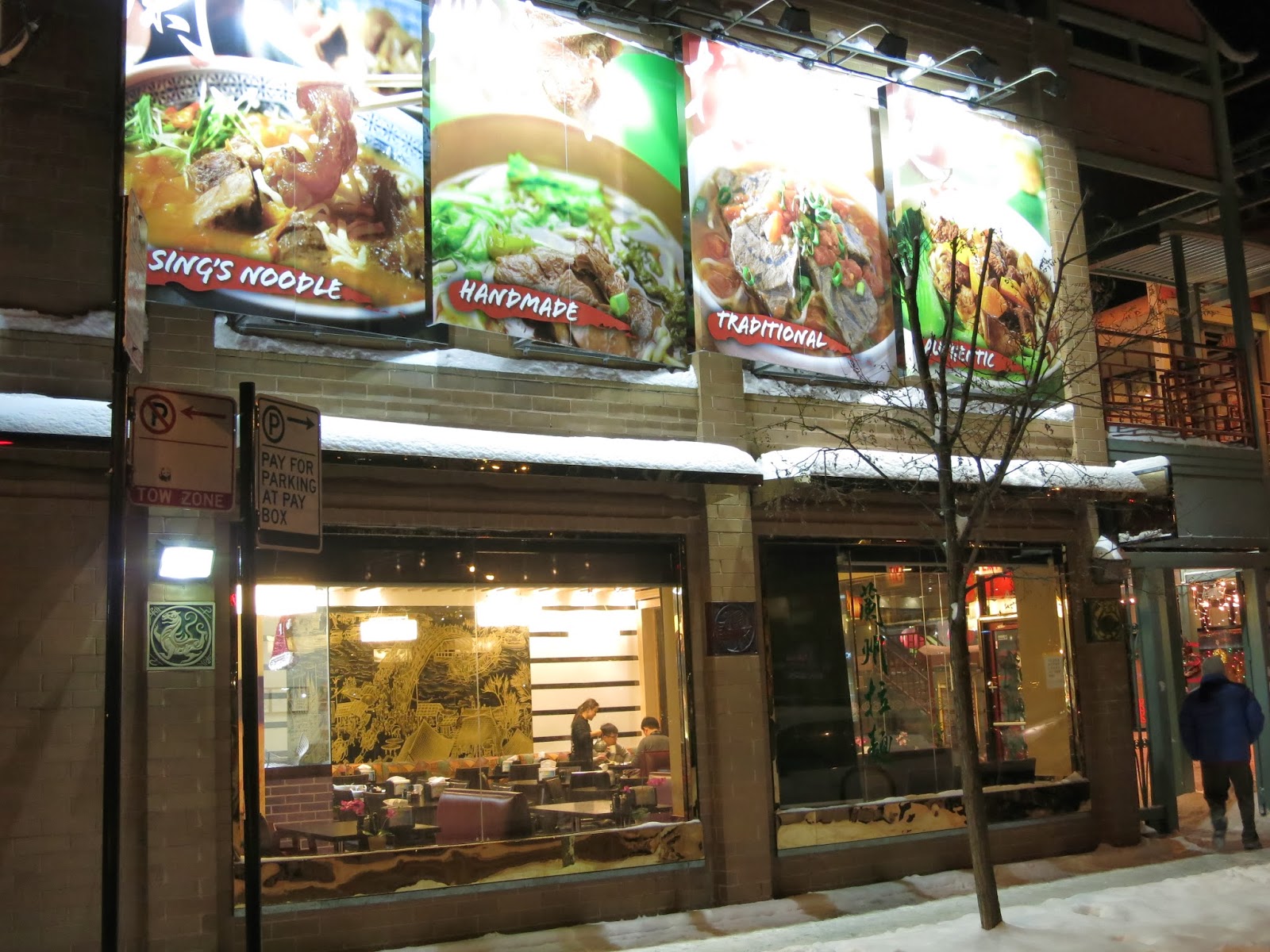 A New Favorite in Chinatown Mall

On my most recent trip I turned the corner and was greeted by a familiar face from inside. The Hungry Hound aka Steve Dolinsky was there enjoying a meal setting up a filming date. Like I was saying about the dominoes in Chicago's food scene. But anyway, back to the noodles at hand. You might spy another familiar face other than the Hungry Puppy's when visiting Sing's. The star of the show is an old Chintown favorite from Hing Kee Restaurant. His name is Liu Chang Ming and he stands behind the glass and puts on quite a viewing as he slams, flattens and pulls noodles made to order. The guy is a pro and quite serious about his craft. I should also mention he's as friendly as anyone I've come across in Chinatown and always remembers me as do the cute waitresses. The place is spotless inside for those that worry about stuff like that. 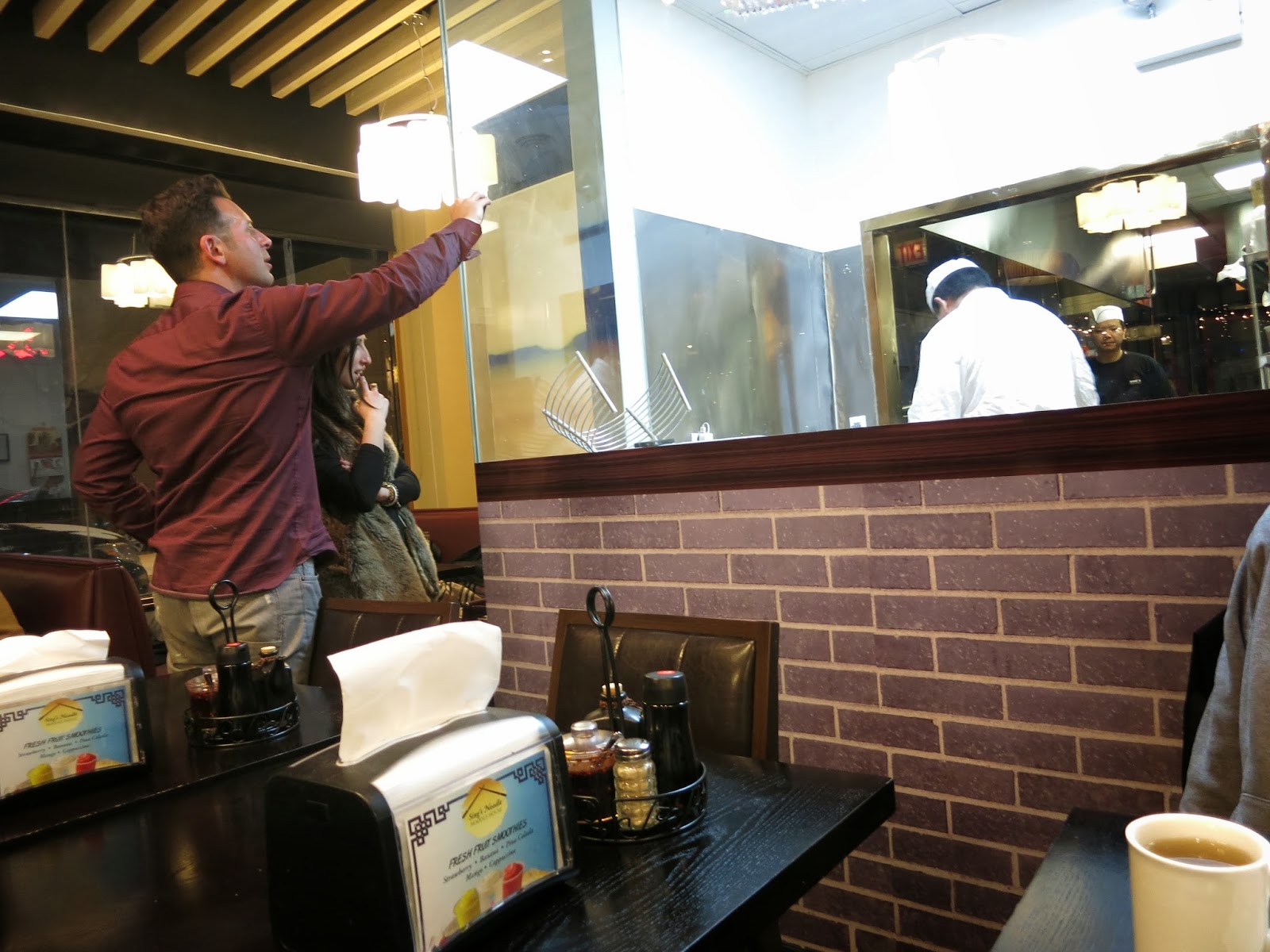 A picture of Steve Dolinsky taking a picture

The menu at Sing's is pretty standard compared to many of the other eating options in Chinatown. The star of the show is noodles. You can get them in soup form, hand pulled and shaved. You can also get them stir fried should you want a little color on them. There's also a small appetizer section and a potsticker selection. I've long been a fan of dumplings and theirs are pretty on point. Handmade so they're not too thick, I prefer a light wrapping, I really like the pork and chive ones fried. They're a nice way to start. 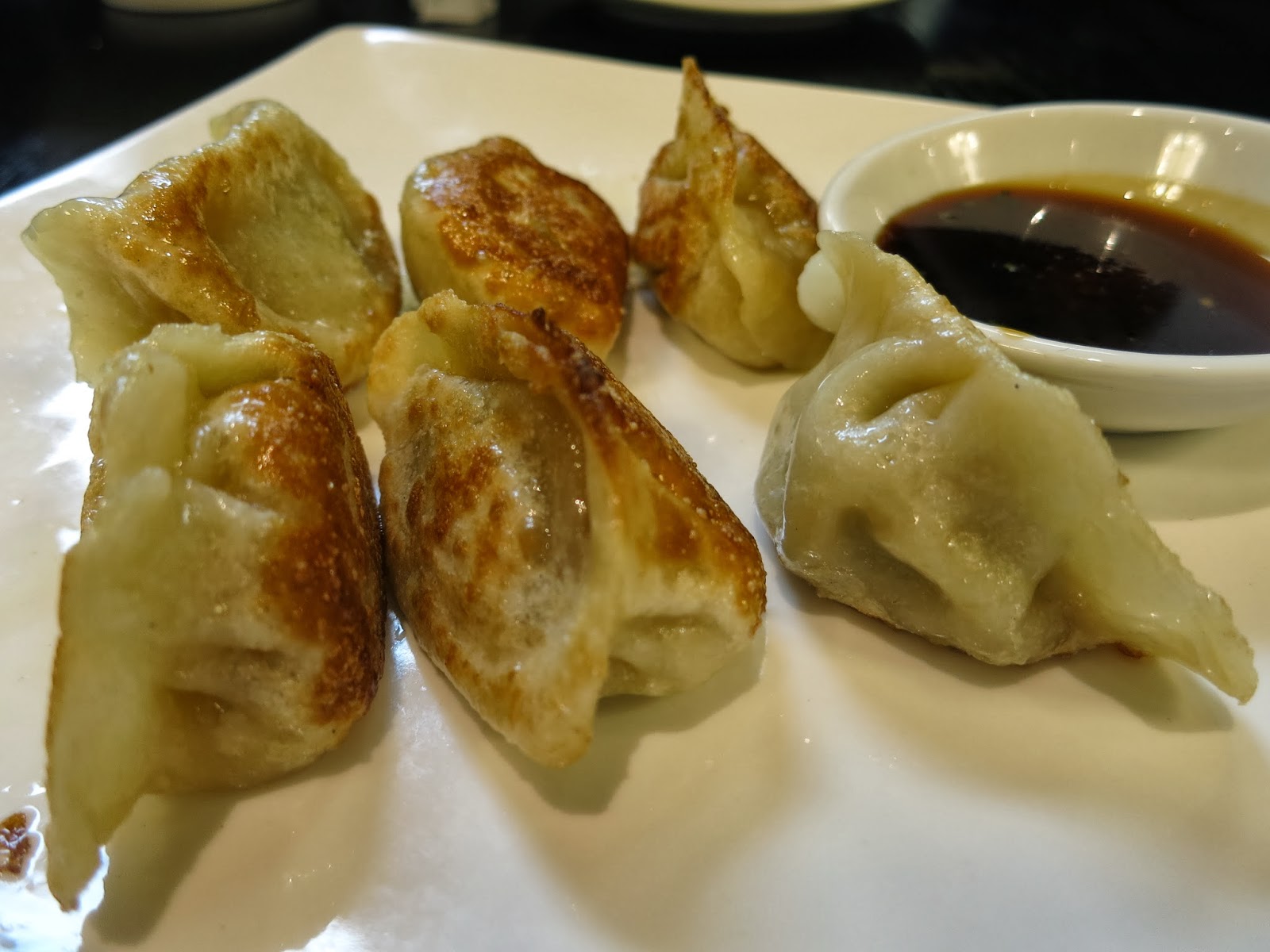 With winter here soup sure does sound appealing huh? Sing's has a pretty good one. I cant figure out if the noodles used in the soup are the homemade ones, I forget to ask, either way, it's a comforting bowl. They use the same broth for all bowls and let you choose what you want as your meat. It's not the most potent bowl you'll ever slurp as the broth is pretty subtle but also soothing. An order of it with some fried bird is as good a bowl of chicken noodle soup as I've had lately. 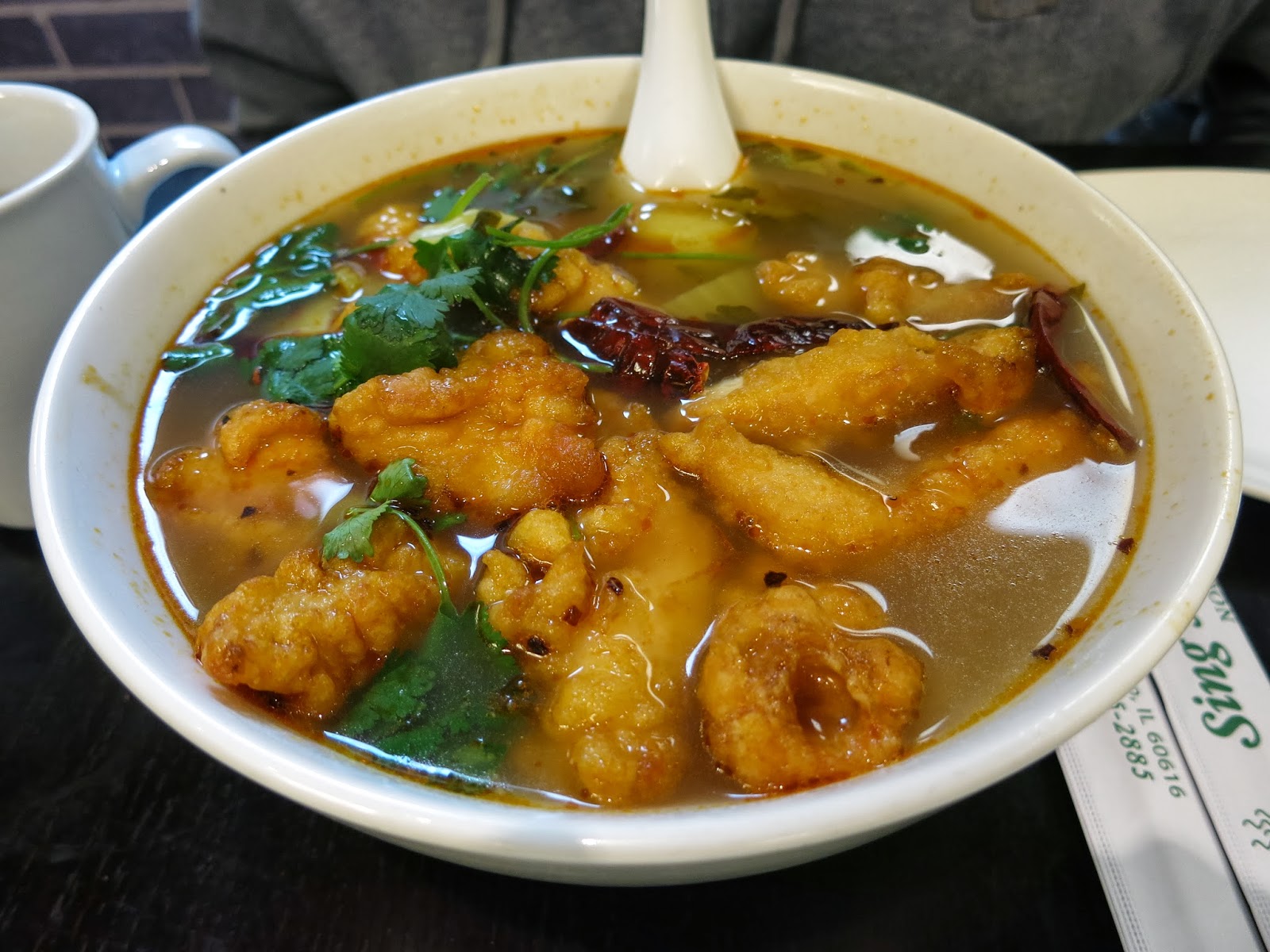 I've tended to lean towards the noodle plates on my visits. A good dish to try for your first visit is their shaved noodle dish. I like to go for it stir fried. Not only is the wholesome taste of fresh made noodles abundant but the process in which these are made is pretty fun to watch. The master stands there with a blade and cuts off pieces that fall into the pan for frying. A nice way to try them is with the clams. One note I want to emphasize is while they do deliver and accept take-out orders, the fresh noodles are best eaten as soon as they're made. Otherwise they tend to get clumped together. 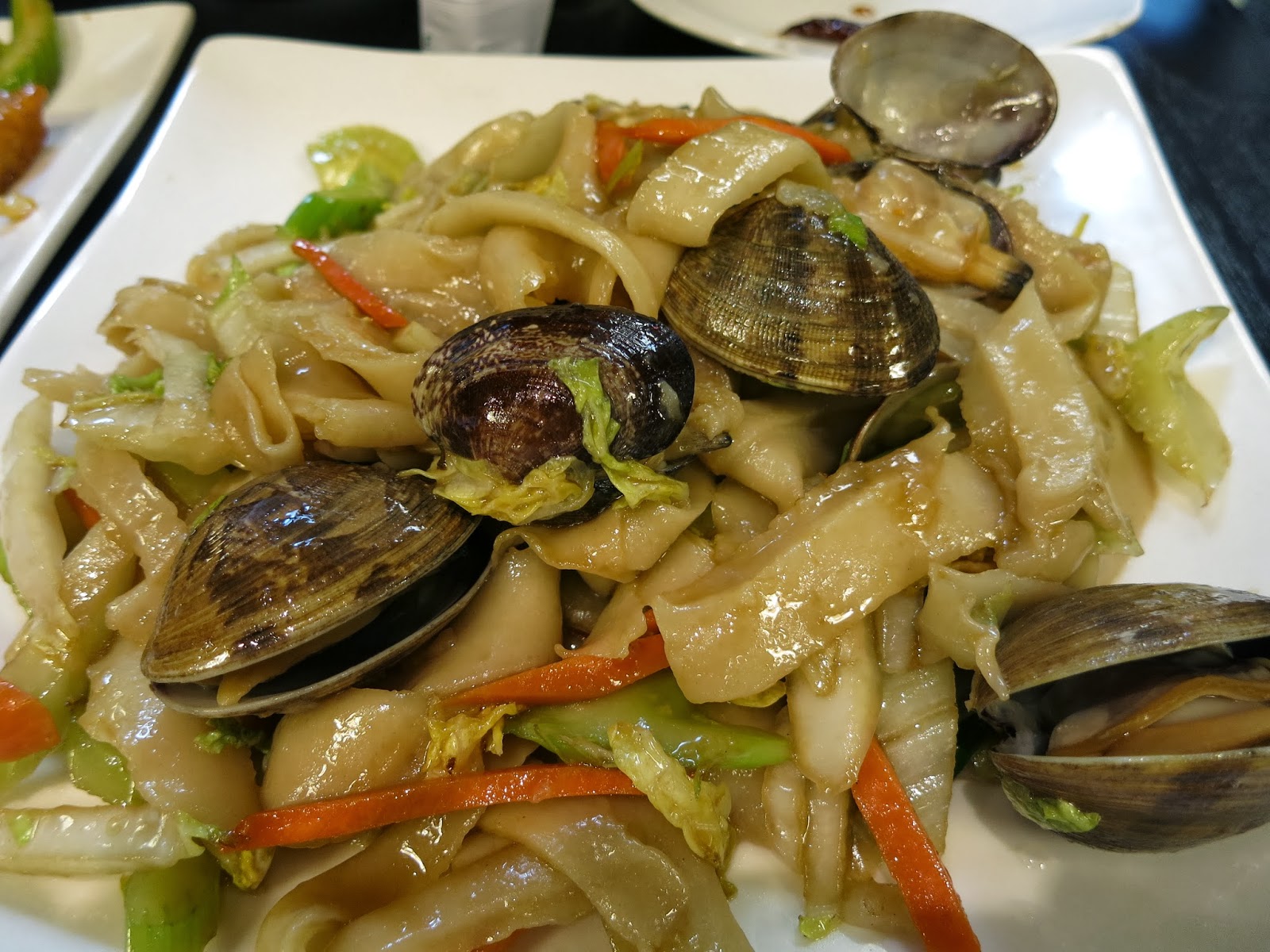 The hand pulled stir fried noodles are my current eat of choice around town right now. I've always loved a good Asian noodle dish and take the trek to places like Katy's in Westmont when the urge for one hits. Its nice to have a much closer option in Sing's these days. Aside from the fantastic chewy noodles produced I like the fact they use nice chunks of celery to add some crunch and if you order them with chicken you get spicy fried hunks of it opposed to the lifeless little shaven bits of breast common at so many other spots. It's quite possible that if you didn't know what place you were reading about you might just guess Panda Express from the picture. This isn't the most exotic dish you'll find in Chinatown but it is one of the most comforting. I'm happy to have them on board. Good people, good food, good times. I'm a fan. 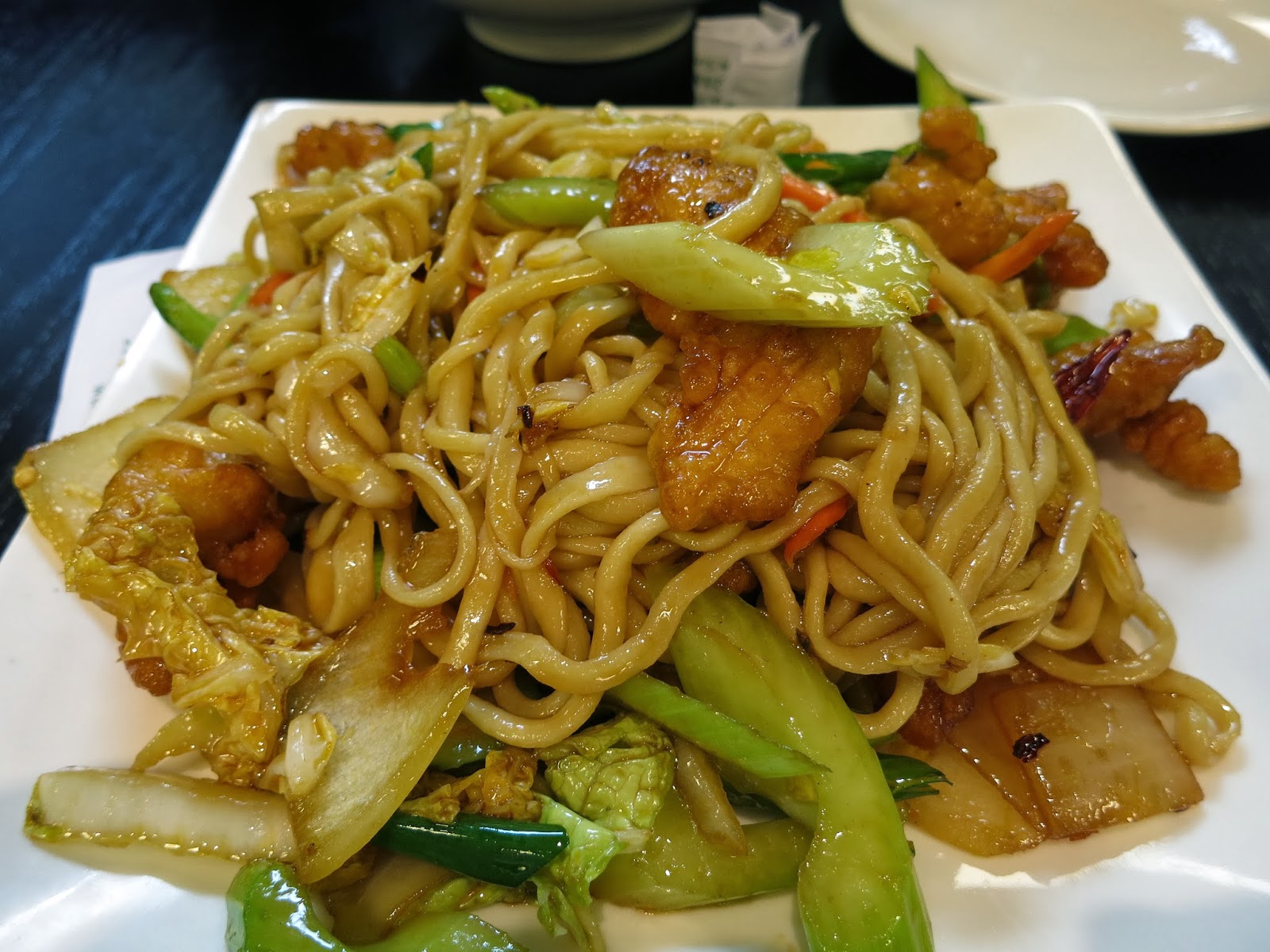