For whatever reason it had been at least 2-3 years since I had eaten a jibarito. There was a time in my early 20's when I was eating them at least twice a month, but I just stopped having them one day. I'm not really sure why but most likely because as much as I enjoy them when indulging in one, they always get me after. Whether it's with heartburn or sleep needed I cant seem to function well after eating one. Well anyway I had read a thing on La Bomba from my boss at Serious Eats which came with high praise for their jibarito as well as other goods. Located on Armitage in the Logan Square meets Humboldt Park area, I had passed by this place countless times and was always intrigued. So all I needed to hear was something good from a trusted source and I was there. 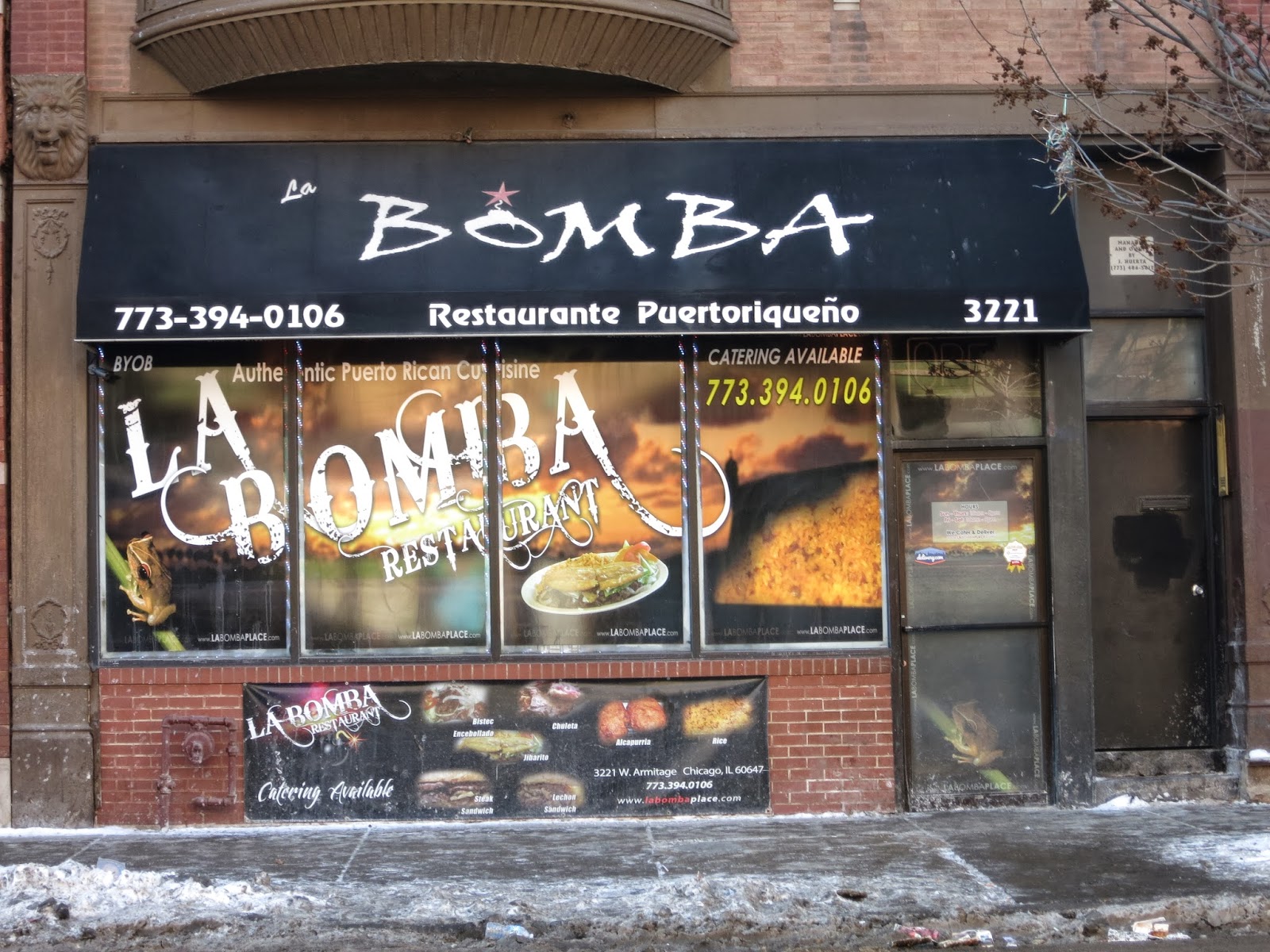 La Bomba started off as a food cart in the actual Humboldt Park, they still have one when it's warmer out. Situated amongst other vendors, mostly Puerto Rican, you wouldn't notice anything that stands out about it compared to the other spots but I was always intrigued by their storefronts awning. Probably due to the pictures of the food on the window. I rode over one day a couple months ago to try the jibarito Nick mentions and I also picked up a roasted pork sandwich for her. The lechon sandwich was very satisfying. I cant remember the exact prices but both sandwiches with an order of rice and peas were less than $7 apiece. The pork was pulled fresh from a nice sized hunk that was sitting in the display case for people to order from. This resulted in a juicy sandwich with nice kicks of garlic in every bite. 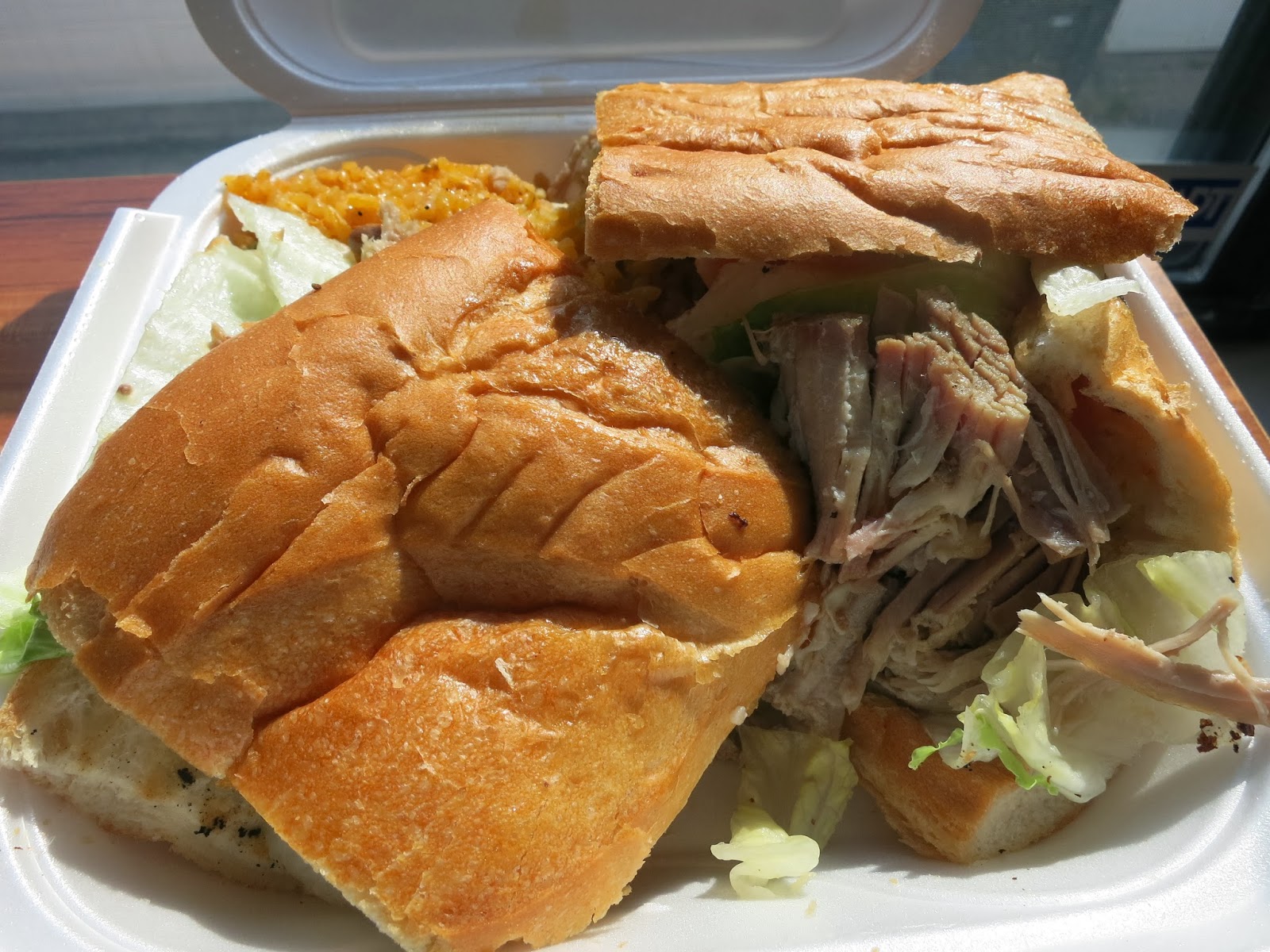 I was there for the Jibarito. For those unfamiliar this is a Puerto Rican sandwich that most people say traces back to Chicago though some say they were eating them on the island at the same time they started appearing around restaurants in Humboldt Park. Smashed plantains replace the bread and the meat of choice is usually steak though chicken, pork and other options are usually offered. Toppings are lettuce, tomato, onions, mayo and cheese. As Nick pointed out in his "10 Best Jibaritos in Chicago" list, this is a textbook example of one. The plantains were smashed thin and cooked properly, same goes for the steak which had actual char after being cooked to order. It didn't look like it was half steamed like many other spots. Then last but not least, it all stayed together while eating. There was no sliding of the steak and because there was very little resistance it was actually a very easy eat. Their rice and peas are as good as anyone else in town and everything they had in the grab and go case looked tempting. It wont be 2-3 years between my next one because I'll be back to La Bomba sooner than later. 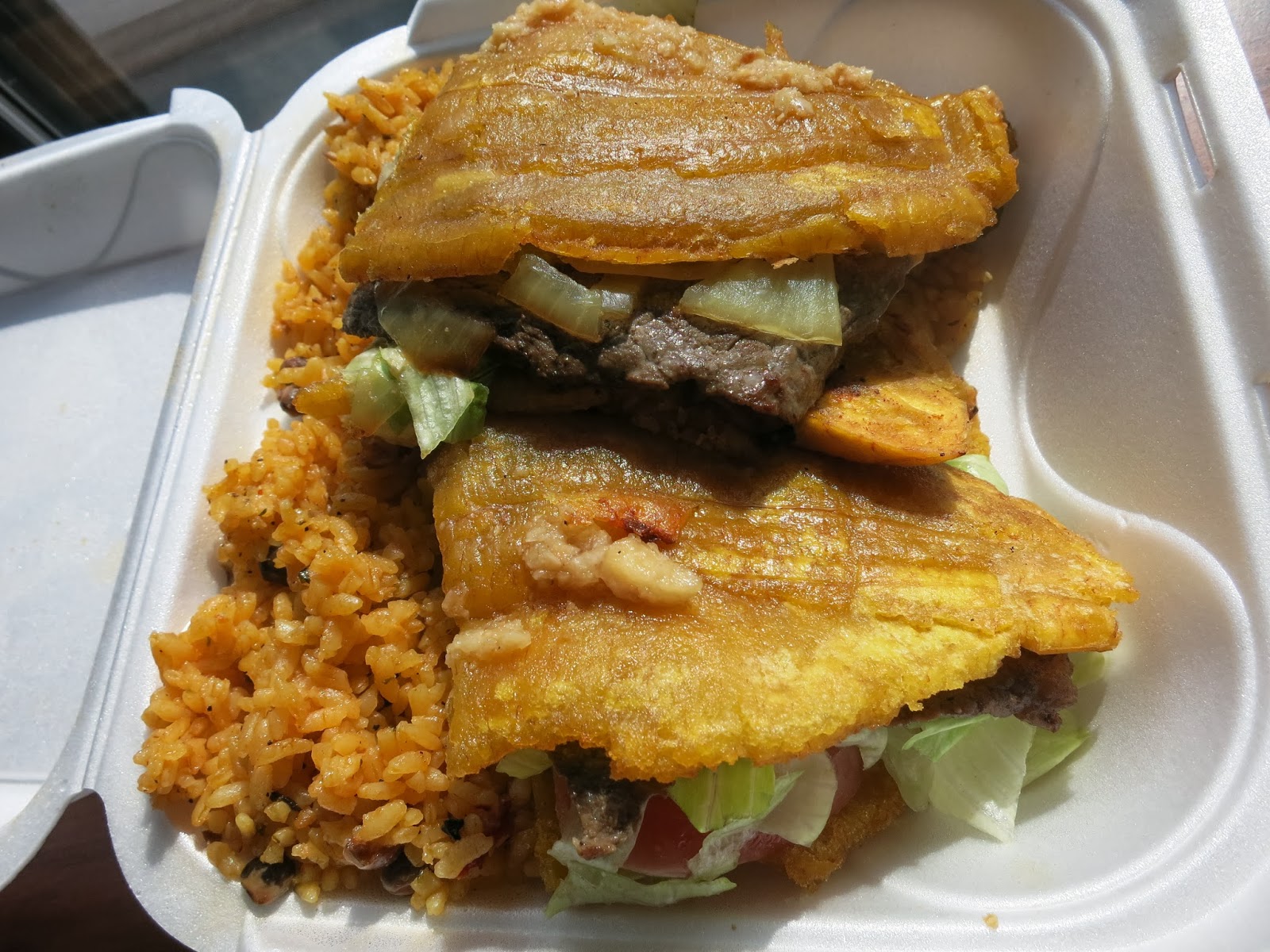 If you need your ex-girlfriend or ex-boyfriend to come crawling back to you on their knees (even if they're dating somebody else now) you need to watch this video
right away...