-Grubbing in Chicago
Where the Japanese Noodles at?

I returned to Enso last night and thought now was as good a time as ever to post about them. I haven't really seen much about this place online. The only reason I know about it is because my friend stopped in to have a drink one day and started chatting it up with the friendly regular bartender. The topic of ramen came up and the server made a bold claim saying she liked theirs better than Santouka. Seeing as how this place is just a couple blocks from her house we've walked over a couple times since this claim was made. 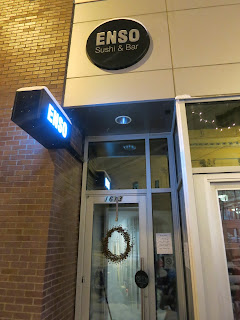 A sushi/ramen bar in Bucktown

Obviously I was very skeptical about the bartenders words of their Tonkotsu ramen being better than what is still the best bowl of it I've ever had. I guess I should note now that my only experience with real deal ramen is in Chicagoland and at one spot in Toronto. So I'm by no means an expert. That said, I've been to Santouka countless times. However I didn't go into trying Enso's with total suspicion as I had been told they make their own noodles in house. Not even Santouka does that. So the results? While not as good as Santouka in my book, this was a really nice bowl that one doesn't have to schlep to the suburbs for. Added points for the fact they're open until at least 11p seven days a week. Note: They close for a few hours between lunch/dinner and are open until 1a on weekends. 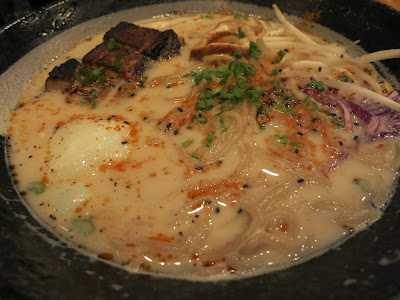 The broth wasn't as rich and deep as I'd like but it wasn't weak by any means. The noodles might of been a little too tender but I'm not too picky with that. I prefer them to be a little chewy but don't mind when they're not. The best part of this bowl is the pork belly included in it. They crisp up a nice sized hunk that gets cut into four or five square pieces and it's as good of pork as I've had in any bowl I've ate. On our most recent trip there I didn't notice the Tonkotsu on the menu. The really friendly and well informed bartender wasn't working and those who were didn't seem to know the deal. My gf mentioned that on her last visit (without me) she ordered the same pork belly in spicy miso ramen on the menu that she was getting that evening. Which turned out to also be a really nice warming bowl. I liked the use of fresh sliced jalapeno in it. 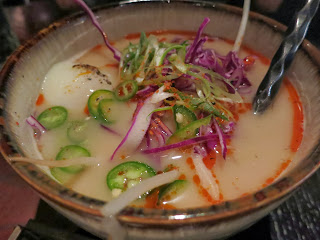 Them not having the Tonkotsu listed and me not really feeling like figuring out why resulted in me deciding to try something else. I was slightly tempted by the Pad Thai Ramen but chose to roll with the homemade Yakisoba noodles which are basically a Japanese version of Chinese chow-mein. Served with your choice of meat, I went with beef and really liked what I got. As in the ramen they included one of their perfectly cooked eggs and the beef was extra tender while the noodles had the chew the ones in the ramen were lacking. I would of liked a little bit bigger of a portion for $14 but was happy with the taste in what I got. So in the end when you cant make the trip to the Northwest Suburbs, Enso isnt a bad option. Extra points for house cocktails served at a fair price. The people around here should be happy to have them. I'll be back. 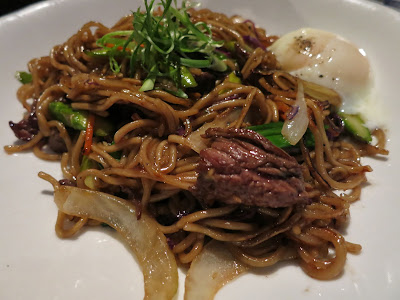 BlueHost is definitely one of the best hosting company with plans for all of your hosting requirements.