Well congrats to the Green Bay Pack (It kills me to say that). Aaron Rodgers and company have brought the Lombardi Trophy back home to Green Bay and with that we head to Milwaukee. Since one of the teams the Packers took out on their road to Dallas was the Eagles, I thought why not post about the Philly Way today. It's a local legend in Milwaukee where they serve up some fine Philly Cheesesteaks in the historic third ward neighborhood. 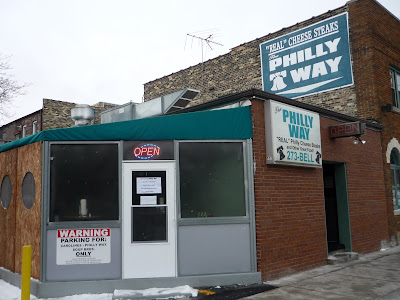 a locals favorite in Milwaukee, WI 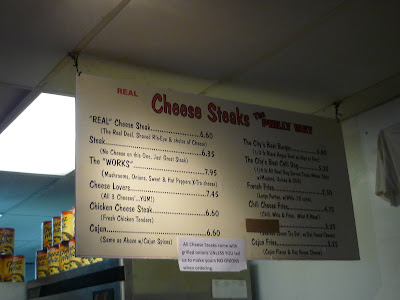 The menu and your options

The owner got his Philly cheesesteak degree at Pat's in the Italian Market strip in South Philly and he does everything the Philly way. We visited on a Friday around 1p after the wait was out the door at a local burger joint, we headed to The Philly Way to try a sandwich first. It's about a five minute drive from the popular Sobleman's tavern located near the industrial district there in Milwaukee. It's a small spot with a few tables with three stools around each and a counter with about four seats in front of the kitchen. There is a tented patio next door making there more room but when we were there, they had over 15 people crammed into the spot and no one wasn't willing to wait which was a great sign. 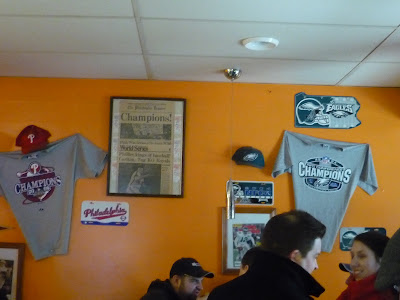 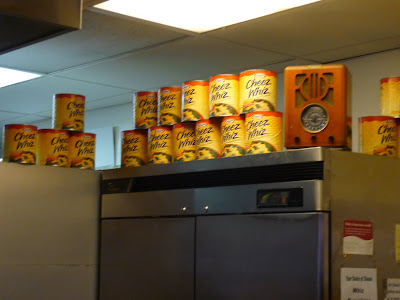 Cheez Whiz is an option on your sandwich

Well obviously we were there for the cheesesteaks. They offer a few types of cheese including whiz but I prefer mine with white American. The grill is small and you gotta respect that they don't throw tons of shaved steak on it so that it steams instead of browns up. With about eight people ahead of us, our order took about 20-25 minutes which wasn't a prob for me. When our names were called we took the sandwiches to the tented eating area next door where they also have a window if you wanna watch them make the steaks. 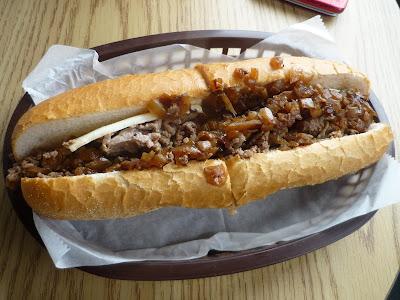 So enough storytelling already, how were they? Excellent! No, I'm no real Philly cheesesteak expert but one of my two friends who was with me is, he's born and raised in Philly and even he was singing The Philly Way's praises. Hell, he even got another one to take back home to Chicago. The meat was excellent, no steak umm like flavor with these bad boys. We both agreed these were much better than Philly's Best. I guess they have the bread made by a local baker to the exact specifications of the owner which is the real Philly way. The onions were pleasantly potent and my only little complain is that the cheese could have been better melted but I did that myself by squeezing the thing together. I'll be back to the Philly Way next time I'm in Milwaukee. Good stuff. See ya next time on S'C'&C. 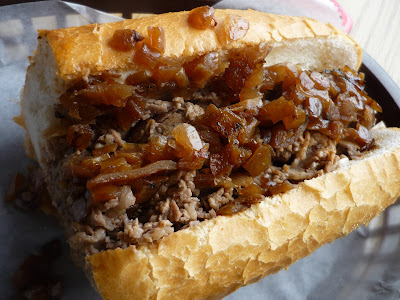 I gotta get up to this spot, thanks for the tip titus.

I went to this place today. Outstanding.

MKE's Fifth Ward is solid for lunch. This place has easy parking just outside downtown.

Philly steak was pre-cooked steak. I thought it wouldn't be as good, but it was great. I find Philly steak frustrating sometimes, b/c it can take a long time to make. This was ready right away. Also, the bun wasn't greasy, which I like. The fries were good too, and chips are a good lighter option.

One of the best places I've found for a quick lunch downtown in MKE. I was really impressed.