What The Heck is Phillys Best?

What the heck is Phillys Best? 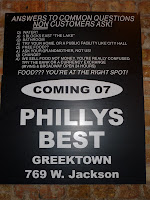 "The only Philly steak in Chicago" - Chicago Tribune

"The place to get a Philly steak in Chicago" - Philadelphia Magazine

"In Chicago, the place for steaks" - Philadelphia Inquirer 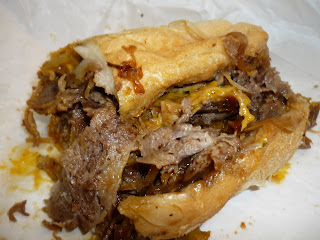 Cheesesteak from Phillys Best--Read about below & click pic to see just how serious they are.

The Philadelphia Phillies are your 2008 MLB champions. Hey Cubs fans, you think we got it hard? Philadelphia hadn't won a championship in 100 years when you combine the four major teams together. Congrats to the city and its fans. I never had any beefs with Philly fans and I even had a few as roommates thru the years and they are pretty knowledgeable and definitely passionate about their sports teams. We also have a little connection as a state to Philly sports with Mt. Carmel's Donovon McNabb QB of the Eagles and the 76'ers rising star Andre Iguodala is from Springfield.

No one really picked the Phillies when the year started and many didn't even pick them when the playoffs started. Baseball has really become a two season sport just like NCAA basketball. Everything you accomplished in the regular season is thrown out the door when MLB playoffs start. When the Cardinals beat the Tigers in '06, they were the two worst teams in the playoffs. The only other sport where that is really like this is mens basketball with March Madness.

Here is an interesting little fact about the world series and how bad it has been for viewers that have no affiliation with the winning team--The losing team has now won a total of two games the last five years. The Rays took one from Philly this year and the Tigers beat the Cardinals once in that series. Not so entertaining for the fans, huh?

Anyways since Philly is the best in baseball its time to introduce you to Philly's best. I gave you a peak into PB in my World Series preview. PB was started by a Greek family from Philly who moved to Chicago and couldn't get their beloved cheesesteaks anymore. What do you do when you cant get a certain food in a certain area? make it yourself and that's just what they did. Their first location was and is on Belmont a half block from the red line station. They now have four locations which you can find on their website. 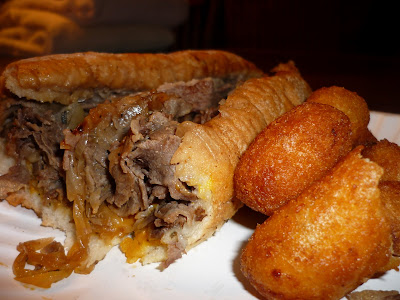 When it comes to authentic cheesesteaks in Chicago, this is where it starts and ends. The brothers fly in the meat from Philly and offer them "wit" onions and cheese whiz for that authentic Philly flair. No worries if that doesn't sound appealing to you they also have regular cheese, peppers and other toppings for your steak. They offer a bunch of different oven grinders and other stuff like pizza and fried appetizers. There are four things I order from PB...that's it.

I mentioned it was a Greek family that owned this place and for an appetizer you have to try the fried cheese, its da bomb. Obviously they have an awesome cheesesteak and I get that 90% of the time and I always go footlong. But the lesser known Philly chicken is just as good for all you chicken heads. When you order a Philly chicken go with green peppers, onions and white American cheese. The other item you have to try is the Greek fried dough which is lightly fried dough served with honey lemon sauce and sprinkled with cinnamon sugar. Great for dessert. This is one of Chicago's best chicken sandwiches. Its also one of the best delivery options in the Wrigleyville Lincoln Park area. It's the perfect poker food too. Whether it's internet poker or the real deal, it's not a true poker game without cheesesteaks and beer! 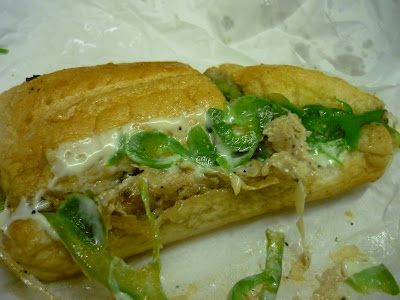 Trust me boys, she's pretty on the inside.

So for for all you people that have transplanted to Chicago from Philly, you have a spot that tastes like home and its called Philly's Best. They also have Tastykakes for all you Philly stoners. If you've been eating at PB as long as I have then you probably remember those funny commercials on during daytime trash TV of the guy yelling "What the heck is Phillys Best?" Well its the best cheesesteak sandwich you can find outside that region. Get at it. Now hows that for showing love Philly?

are you sure its not "who the hell is philly's best?"?