Dish me out a combo: Food & Sports 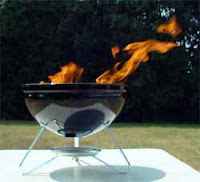 The 2008-2009 NBA Basketball season is upon us. Let me start out by saying that basketball is by far the sport that I am most knowledgeable about. There were a few years when the NBA was on a decline and it just wasn't as entertaining as it was during its heyday of MJ and the Bulls and the rest of the greats that played during that era. So the league went thru a little recession period and there weren't any super-superstars and talent was weak and it wasnt entertaining to watch. Players like Eddie Robinson, Eddy Curry and Erick Dampier got insane contracts because there just wasn't much natural ability around the league. Well thats all changed because the way I see it is that the league might be at a new all time highpoint. We haven't had this many superstars and players on the verge of Hall of Fame careers to watch ball since the days of MJ and his peers.

You got Lebron James who has arrived and is just amazing to watch play. Like he said we are all witness'. Kobe Bryant is still trying to get that title without Shaq and he is playing at a peak that establishes him as one of the greatest ever and the Lakers are deep and ready to get back into the finals.

The Celtics are meaningful again and they come back as the favorites to defend the title with Kevin Garnett who sealed his legacy as one of the greats with a ring last year.

Dwayne Wade is back and healthy and showed over the summer in Beijing that he is still one of the games best. They lost Wade for the year last year and won Michael Beasley for years to come this year.

How will a young stacked Portland team do with last years #1 Greg Oden 's arrival and Rudy Fernandez coming in from overseas? I was most impressed with Rudy of all the players in the Olympics.

What about the Atlanta Hawks...who? Thats right ATL is stacked with young talent that is actually panning out and after taking Boston to seven last year in the first the only way to go is up.

There are so many story lines it would take a day to write them all. Was there a better city to see a revival of a team than in New Orleans after what happened to the city? Chris Paul is the leader in a line of future stars that is as long as I can remember.

As for the 2008 Bulls preview and what we can expect ill keep it short and sweet. Derrick Rose is the best talent to come to Chicago since 23. Im not saying he is going to be better or anything like that because they are two totally different players. However an important trait that they do share is the fire and passion to win and to not accept losing and when you combine that with the talent they have it makes for a scary player. Not even MJ was this talented out of college as far as raw athleticism and skills go. 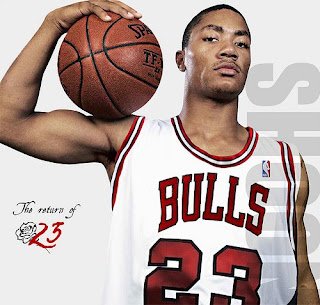 There are years when teams luck out and win the draft lottery in the right year to do so. The Spurs won it in '97 and got Tim Duncan--the Clippers won it the next year and got Michael Olowokandi. The Cavs won it in '03 and got Lebron and then Orlando got Dwight in '04. Milwaukee then won in '05 and got Bogut and Toronto got Bargnani in '06. Its all about luck and having that luck in the right year. The Bulls lucked out and we won the lottery and if there was ever a year to do so...we did it. Next years top draft prospect is Ricky Rubio. While the PG from Barcelona is said to be skilled he has no where near the game of this years number one, DRose. With Rose being selected number one and Rubio projected as next years top talent and the emergence of Chris Paul and Deron Williams the league is clearly going the way of the point guard. 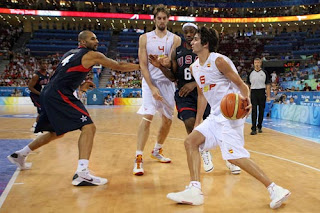 I dont know what to expect from the Bulls this season but all that matters is the growing of Derrick Rose into NBA superstar and best point guard in the league for years to come. thats all I care about and that is all I will be watching. Something tells me that the Bulls could make some noise and turn some heads and sneak into the 7th or 8th slot in the east. I think DRose will go through some growing pains but will catch on much faster than anticipated and the rest of the team and its players will benefit greatly. We haven't had a leader on offense like this since MJ and we haven't had such a pesky one on one defender since ScoPip. 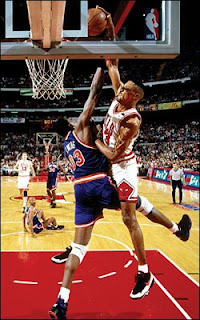 Somebody is going to get it worse from DRose than Scottie did Ewing...watch.

I share the same passion for wings as I do for BBall and so before it gets too cold to enjoy some amazing wings on the grill, get at these. When it comes to consuming food while watching sports is there anything more widely eaten then chicken wings? They seem to go hand in hand. I will start my wing-ding (reviews of the best wings in Chicago) next week with an article about my favorite bar to get them at...stay tuned.

For any of you that love hearing the snap, crackle and pop of wings on the grill but have trouble finding the right wings, I got you covered. Over at Strack & Van Til they carry wings from Rosebud Farms that are labeled "wing drummettes" They come with just the drumette part so there is no cutting of the whole wing with your worn down shears and they are the perfect size, not to small and too big either. Yes there is such thing as to big of wings. Jumbo wing's tend to be rubbery because they dont have the same skin to meat ratio that medium sized wings do. Two of my favorite preparations for these wings.... 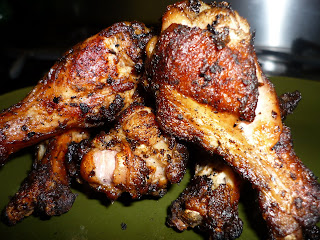 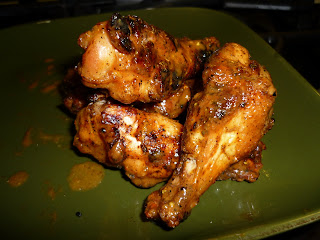 Wings rubbed with Mike Mills' "magic dust" and also grilled over charcoal and hickory and when done thrown in a bowl and tossed with Rupert Johnson's BBQ sauce.

The Knicks scoring 110 ppg waits to be seen. The Knicks giving up 125 ppg is foreseeable.

Thanks for the Magic Dust shout out! Love your blog!

Rose is fun to watch. I hope the rest of the Bulls take a lesson.