I'm pretty sure this remains the only food blog with a dedicated series of posts exploring the food options of Northwest Indiana. Could you imagine one of those cute social media blog / influencer types doing a post from Gary, Indiana? Haha. That's pretty funny to think about. As far as this site goes the NWI area remains a fascinating place with plenty of spots to explore. You're not going to find any future Bon Appetit 'Best New Restaurants in America' here but you will find some interesting things. Interesting as in lots of BBQ and trips to the Flea Market. Gary remains down but not out. 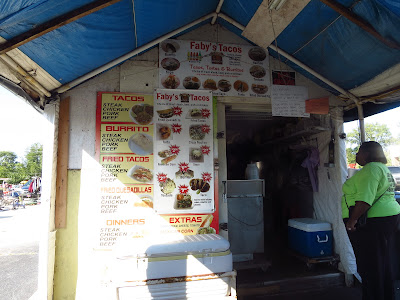 First stop up is Faby's for some Flea Market Fried Tacos. A pleasant but not unexpected surprise as Northwest Indiana is a major stop on America's crispy taco trail. These were pretty much pristine. To the best of my knowledge they're setup outside the Flea Market whenever the flea market is open. 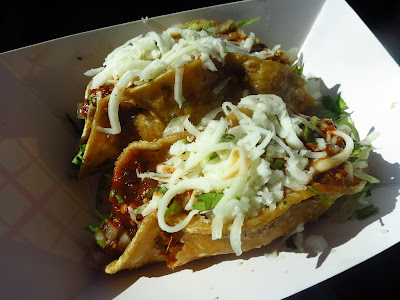 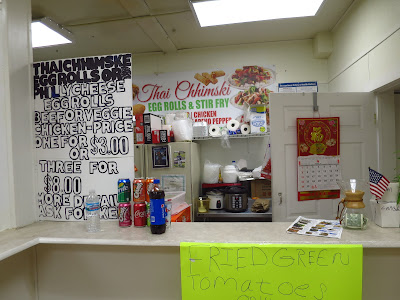 This next stop is also found at the Market City Flea Market. Except you have to go inside to find it. I'm pretty sure the inside area is open all week while the outside vendors set up on just the weekends. Thai Chhimski's Egg Rolls And Stir Fry caught my eye with the mention of egg rolls in their name. I'm always down to try a place that thinks their egg rolls deserve to be in their name. I walked to the back where the food court is at and was greeted by a friendly Asian lady who must've been the matriarch as all the customers knew her. A young man took my order and within five minutes I had a fresh fried housemade egg roll. These are stuffed with your choice of shrimp or chicken and lots of cabbage and such. Bc they fry them fresh they're extra crunchy with a thinner than normal wrapping. They also do Chinese-American favorites and fresh fried green tomatoes. 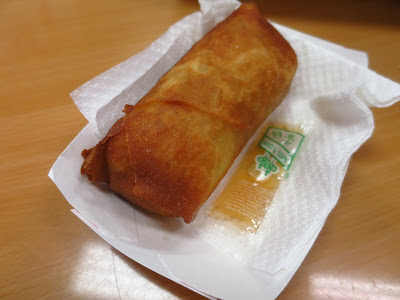 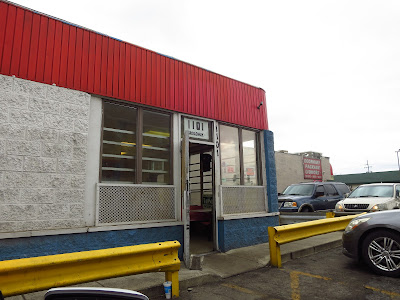 One thing I've noticed on recent trips though Gary is lots of BBQ options. Like tons. I need to check a few out sooner than later bc they do come and go. Some are just weekend type pop-ups in empty lots and such and others are full brick & mortars. Phenomenal Ribs is the latter and I chose it based on the fact smoke was billowing out of the parking lot as they had a huge smoker setup outside. I had to try the rib tips as that's what I would normally judge a bbq spot in these parts by. Not bad at all. The tips themselves were extra meaty and had nice smoke flavor. They may have been pulled off a tad early but nothing wrong with a bit of chew. Extra points for the well done fresh cut fries. 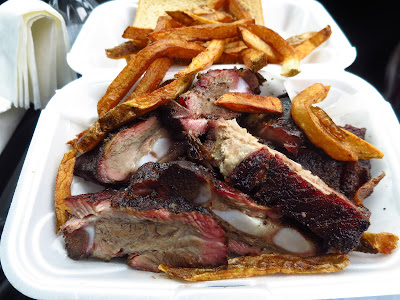 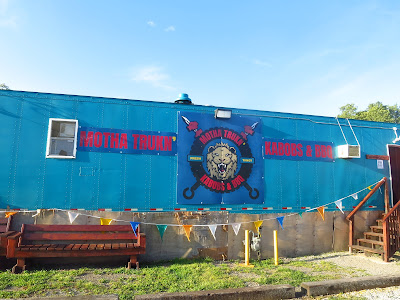 With Indiana being the crossroads of America they see a ton of truckers pass through. Especially in  in Gary where lots of freight passes through the highway junction. It's a popular place for truckers to pass out too with there being lots of gas stations catering to them and such. These truckers have to eat and in most cases cant go through the drive-thru. So spots like Balkan Grill Company decided to make it easier for them to stop in and get some food. Gary’s newest food semitrailer is already popular with all the Black truckers who find themselves passing through the Region. There's plenty of parking for 18 wheelers at Motha Trukn' Kabobs. Their big blue Charcoal grilled chicken kebab with rice was nice. Ask for the house special sauce which is an interesting raspberry concoction. 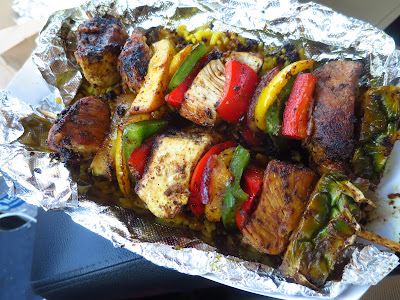 
See ya next time @chibbqk1ng
(new twitter handle)
Posted by KingT at 10:30 AM