-Grubbing in Chicago
Pizza in Streeterville

I recently braved the crowds of Streeterville on a beautiful August night. I couldn't remember the last time I was down this way. What I could remember was my childhood trips to A1 Beanery at the now defunct North Pier. That's where Robert's Pizza has re-emerged in the same area that once hosted Dick's Last Resort and Baja Beach Club. I forget the name of the laser tag place but I loved it. 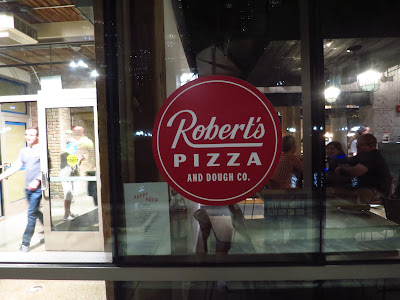 Robert's Pizza originally opened in a different Streeterville location but a dispute in ownership forced it's closure. Almost two years later they reopened and things seem to be back to going well. The namesake was originally a marine engineer. During that time he spent his free time perfecting his pizza crust recipe. On a hot summer night the salad seemed like a good go. The Little gem with broadbent bacon, shaved red onion, heirloom cherry tomato, blue cheese, gorgonzola did the trick. 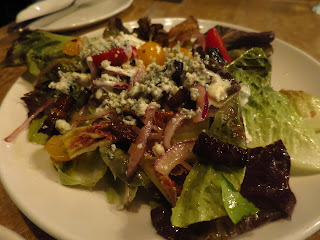 Though the area is touristy the pizza here is not deep dish. It’s NY inspired thin crust with a super crunchy crust and sturdy slices topped with high quality ingredients. The recipe was developed over a 20 year period and it tastes like it was in that it's near perfect. Because of that crust this pizza is worth seeking out if in the area. I tried the made in-house East coast style Italian sausage with fennel and grilled onions. One minor complaint is this pizza would have been that much better with some Chicago style Italian sausage. Easy Coast sliced variety can't stack up to the Chicago style chunks. 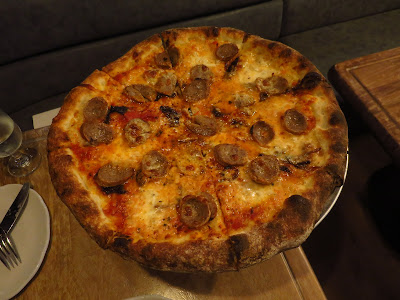