Another summer passed which means I hit up a few new to me Illinois burger joints. Add these five to the database here at Smokin' Chokin' & Chowing. Some people might think the states best burgers reside in Chicago. However I have a theory that the further you get away from the city the better chance you have of finding a classic old school all American hamburger like those seen below. 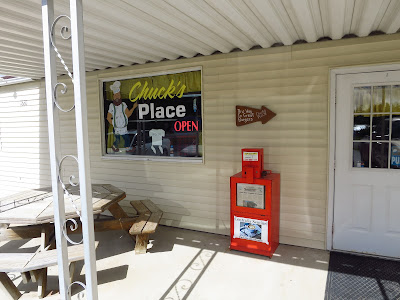 I stopped at Chuck's Place on the way down to Southern Illinois last year (Report HERE). Salem is located all the way down in Marion County which is not to be confused as the home to Marion, IL. This is more so in the Central Illinois area. All the burgers I had south of Salem were crap so one could say this is the last stop going south on the Illinois Crispy Burger Trail. There's very little online info about Chuck's. It's not that old in that I read somewhere it used to be called something else before a new owner came in. I'm guessing the new owner kept the burgers bc this is a classic ex. of the Central Illinois style smashed crispy burger. At just a couple bucks they remain one of the best regional eats you can treat yourself to for less than $5. It's popular with locals and rightfully so. 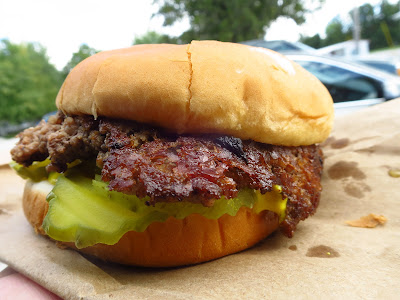 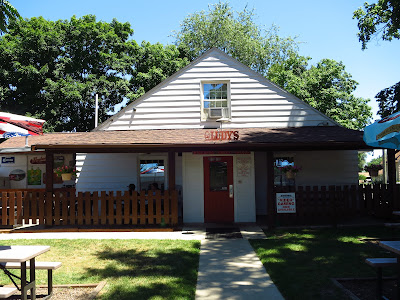 If you search around for the best burger in the Peoria area Ludy's Kickapoo Creek Saloon in Kickapoo is commonly mentioned. They've been at it since 1994 so long enough to have lifetime customers in the area. If you happen to visit Ludy's while the weather is nice outside they have a wonderful setup where a large front yard is the outside eating/dining area. It's a short ride from Peoria so you'll notice quite a few groups of people that drive over for their popular burgers. Their locally famous cheeseburger was about 1/3-1/2 lb of grilled beef with the usual toppings on a cheap grocery store bun (not a bad thing). Was this the best burger I've ever had? No. Was it at least satisfying? Very much so! In fact I had been eating a lot of crispy smashed burgers around the time I tried Ludy's so it was a very nice change of pace to chow down on what I call the old school backyard type burger. 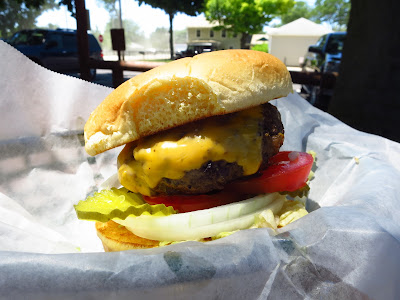 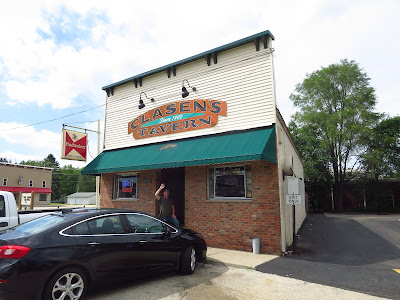 Surprised I was when I learned one of the states oldest bars was in Union Illinois and they served a fantastic burger. Not that my hit list will ever be complete but this one was close enough to Chicago (55 miles) that I was surprised I’d never heard of Clasen’s which has been around since 1900. Definitely my type of spot with a big patio and a second bar outside in the back. Burgers are made from fresh locally supplied beef and cooked at the end of the bar ala Wisconsin which isnt that far. The 1/3 pounders are the perfect meat to bun proportion though they do half pounders too. Great place to sit and watch time (or the train) go by. I learned of them from @abikerdude. Dude knows what’s up. I’ll try to be back for the turkey testicle festival in November. No seriously. Look it up. 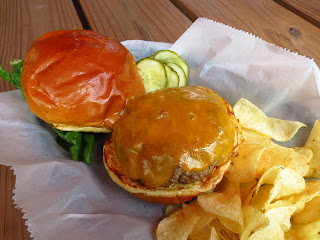 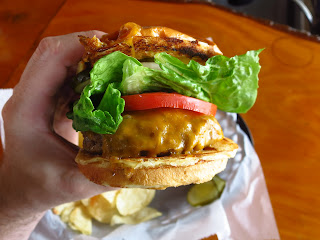 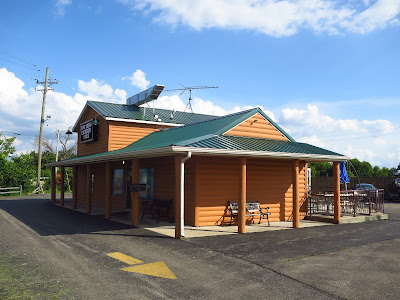 Next stop up is one of the newer stops on the line. JC's Junction Corner has the feel of a New School bar up in the Northwoods. It’s only been open for a handful of years but it’s a classic biker bar out west in Ogle County. The menu is small and features In-N-Out style burgers. Except they smash balls of beef to order. Much better! A double double is just $4.50 and in a lot of ways better than the real thing with cheap booze also being available. I wouldn’t expect to find a Southern California style burger in a random part of Illinois but I’m very glad I did. Another money tip from @abikerdude! 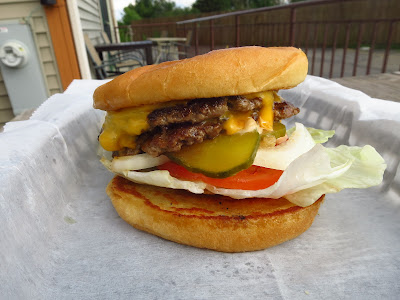 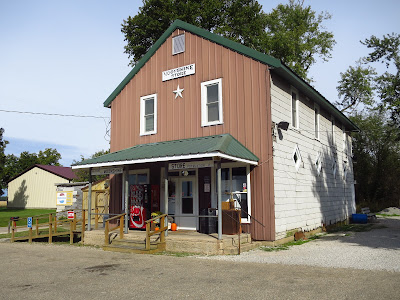 Towards the tail end of last Fall I had a chance to check a spot off my Burger Bucket List. The Moonshine Store in Moonshine, IL (Pop. 2) is one of few a spots regularly mentioned when the best burger in my home state is being discussed. Illinois has some petty great burger spots being in what's basically the heart of the Midwest and all. Down in Central Illinois the smashed crispy burger is one of the States great regional eats. Today's last stop is in Central Illinois but it's not centrally located like many of the spots in my Central IL crispy laced burger feature from a few years ago. Moonshine is an unincorporated community in Clark County which sits not far from the Indiana border. 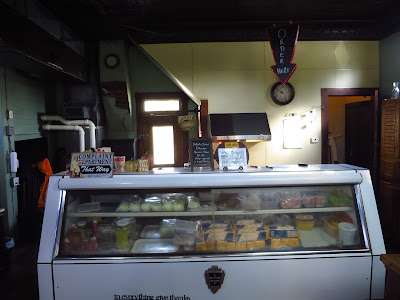 What took me so long? Well it’s in the middle of nowhere and they’re only open from 6a-12:30p M-Sat. Owned by the couple that lives in the building it’s considered one of the states best burger experiences. On any given weekend you’re likely to be in line alongside busloads of families and packs of bikers. Having got there at 9a I basically had the place to myself. It’s a very homey experience where there’s all sorts of collectibles to look at while your burger is cooked fresh on the flattop. Not going to lie though part of the time I felt like I was in a Cracker Barrel Country Store. 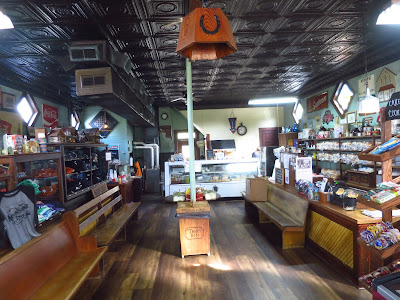 The building itself was originally a general store in the 1910’s. You can get up to three patties but one makes for a nice beef to bun ratio. There’s nothing fancy about this burger. It’s kind of like one you might find at a local VFW type town hall. That said it’s just about perfect for what it is. A classic American cheeseburger. It's delivered plain on a paper plate and then you take it over to the topping bar. Something I always loved at Fuddruckers. It didn't need the bacon which was cheap preheated stuff. This one really hit the spot and the ride along country roads was pretty scenic so I’d say it was worth the hour or so detour to get there. Is it the best burger in Illinois or as some say the best anywhere? That's for you to find out. For me it's worth a mention when best in-state is discussed. 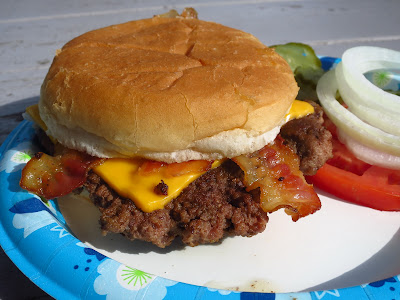