It took me a couple years to get over today's featured spot. When Imperial Lamian first opened I planned on stopping in sometime thereafter. Well that didn't go as planned. I'd heard mixed reviews but that's not what kept me away. I just never got around to making the plans to go. With this last Christmas falling on a Tuesday that meant Monday was Christmas eve. With many restaurants choosing to close early for the holiday and others already being closed on Monday's I finally got a chance to try this high end noodle import from Malaysia when it was open this past Christmas Eve. 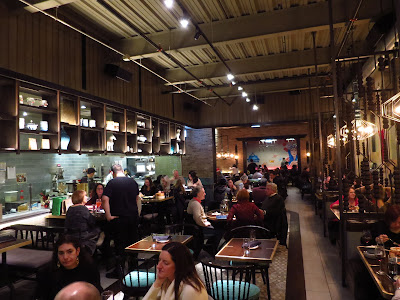 Despite the fact Imperial Lamian is from a team in Malaysia that runs a spot with the same name this isn't a Malaysian restaurant. It's Chinese and the best way I can describe it is it reminded me alot of the hotel restaurants in Asia. It's upper scale compared to other noodle shops and they definitely hired a designer to make the place appealing to the younger instagram crowd. This is all to be expected when you see it's River North neighbors. No it's not as credible as some of the locals favorite spots in Chinatown but it's better than many of the spots in the same area. I went here with my family so we needed a place with reservations and this was the best option of the spots out there. Plus it's the type of place that's good to visit with some eating power. There's some appealing options on the menu. 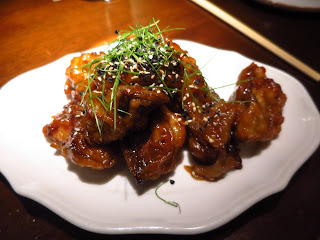 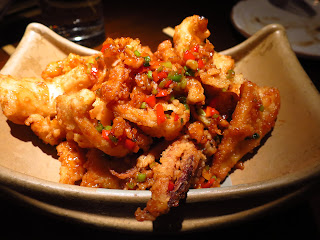 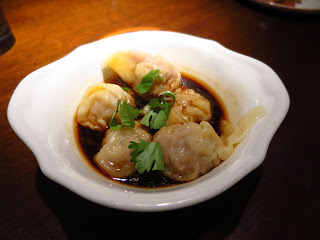 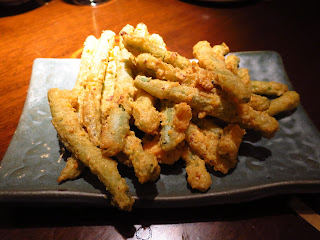 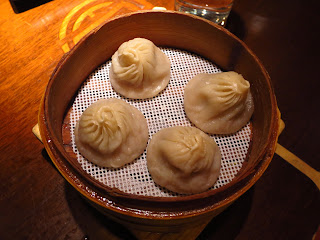 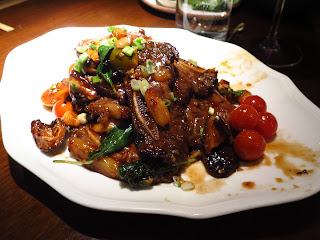 An array of appetizers at Imperial Lamian

Because there were seven of us we were able to try alot of stuff. Going from top to bottom of those in the picture collage up above we tried the Cantonese eggplant, XO Calamari, Szechuan Wontons, Salted Egg Beans, Xiao Long Bao, and the Black Pepper Beef which was actually an entree we all split. The surprise hit for me were the Szechuan wontons. I actually got an order to go so I could have them for breakfast Christmas morning. Unfortunately the biggest letdown of all of them were the other dumplings we ordered. The Xiao Long Bao (soup dumplings) were below average at best. 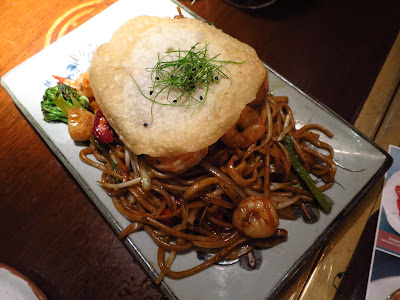 Lamian is a specific type of noodles in Chinese cuisine. Their biggest distinction that they're hand made. I believe that's what they do here but they dont seem to do it for show. There was no one making noodles in view when we visited. The menu offers two different sections of their house made noodles. You can get them in broth or wok fried which is dry. Me and my wife decided to get an order of shrimp stir fried noodles and a bowl of the braised pork belly with wonton. I liked both of them. The pork in the soup was super tender and made the broth better when I broke it all down. I was pretty damn satisfied but that doesn't mean I'm rushing back. Put it like this if you need a place in River North to eat then I would recommend coming here. It's better than it has to be in these parts. 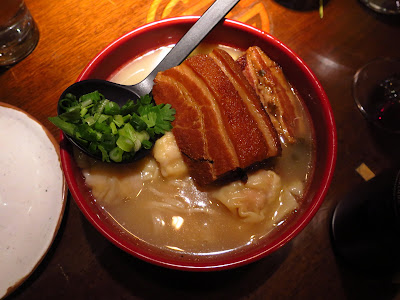