I figured I better get a post on Galit up before the year is over. Considering this Lincoln Park hot spot is going to get lots of love when the Best of 2019 lists start popping off. It's location is on a stretch of Lincoln that was on life support just a few years ago. It's location in an old Pizano's space was pretty much redone into a beautiful open air kitchen with their wood fired grill on one side and the wood oven on the other. There's quite a few different sections for people to sit including front and center. 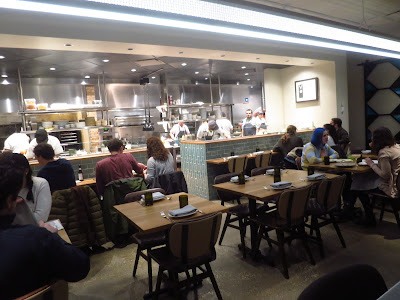 Galit's opening was one of the city's most anticipated. It's co-owner comes from New Orleans where he won a James Beard award for rising star during his time at the acclaimed Shaya. Some might assume he was cooking some sort of Nola style cuisine but at both Shaya and now Galit the focus is modern Middle Eastern. Galit has been close to booked since it's opening. I've had the chance to eat there twice but didn't get pics from one of the meals due to bad lighting and a larger group. But I then went back to try a couple things I didn't get the first time around. So from two meals one thing that was consistent was the pita bread. It's cooked in the wood oven and delivered hot and fresh to each table. There's a variety of ways to try them as far as what you want to go with it. Pictured below is a classic Tahini based Hummus. Pair anything with the perfect pitas and you should be very happy. 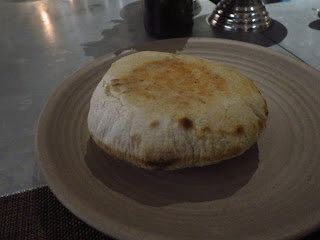 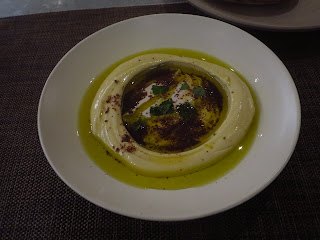 Pita and Hummus at Galit

Lots of people on social media gave love to the falafel which I missed the first time. They're fried to order and have a delightful green color on the inside. For me this is how they pass the eye test, and nine times out of ten also the taste taste. But why just three per order? At least make it four so couples can get an even number. Luckily my wife gave me the tlast one as she was more excited for the next dish. For what it's worth that first trip we tried pita in a variety of ways including "all of these" which is like 4 or 5 dips. We also had the carrots, lamb chops, and my favorite dish thus far which is the Balkan stuffed cabbage. They're stuffed with a delicious smokey ground lamb. Tough to share. 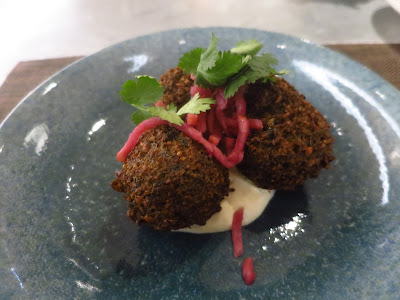 The other dish I didn't get to try that first time was the Tunisian Fried Fish. It's rubbed with some North African spices and served with three dipping sauces the best of which was the North African Harissa. The fish I believe was Redfish and Catfish which was fine. I would've preferred maybe some cod just bc that's my favorite fish to have battered or fried. I feel like $24 is a bit much for catfish. Will Galit be my pick for best new restaurant? I'd say that's a long shot but it will be on any best new restaurants (2019) plural list that I'm asked to make. Not only is the food and design of the space great but the fact it's helping bring my old stomping grounds back to life is a plus in my book. I'll be returning for a third meal sometime soon. I look forward to seeing what new dishes might be added. 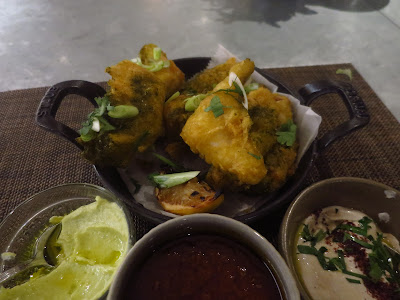