This past summer I set out to find some new immigrant owned spots and today's stop is the prize of the bunch. I first visited Xocome Antojeria after spying it while driving by this past July. They had just opened a couple weeks prior. Located in a small strip mall on Archer in the Archer Heights 'hood. 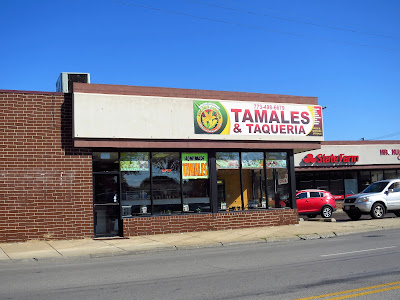 At this point any place that's new is going to catch my attention. But just bc it's new doesn't mean I'm going to stop in. There has to be something on the menu that catches my eye. The fact they called themselves an Antojeria was enough for me. Antojitos being Mexican snacks. Which are abundant at Xocome. After a few visits I observed that the tamales are probably the most popular item on the menu. The super friendly lady who runs the place told me that a woman comes in early each morning to make them. It's not long after they're ready that customers start stopping by for bags to bring to work etc. There's a certain way I like my tamales and the best way to describe that would be slick. When they're slick they're extra fresh. Well these were some of the slickest in a hot minute. 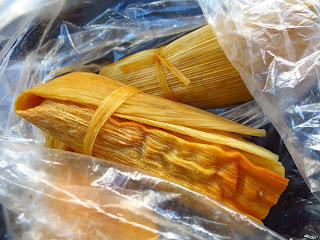 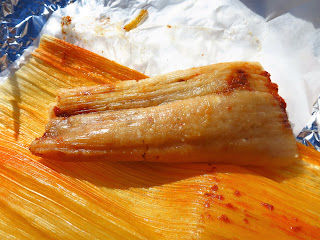 Moving onto the tacos they offer real deal Mexican style breakfast tacos. Yes they eat breakfast tacos in Mexico. They're just called tacos though. Xocome makes their tortillas in-house and gives you the choice between traditional yellow corn tortillas or those made with blue corn. Always go for the blue if it's an option if only bc odds are they're an option bc they're homemade. The breakfast tacos feature a mostly meat free lineup but they still pack a punch load of flavors. The huevos with onion / pepper had basically the same tastes of a Texas style Migas taco minus the crunch. I believe a picture I tweeted of these are what triggered a visit from the Trib's Nick Kindelsperger. Link HERE. 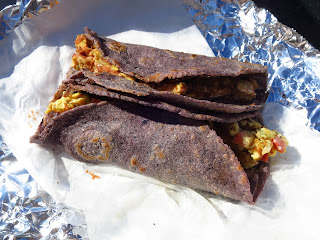 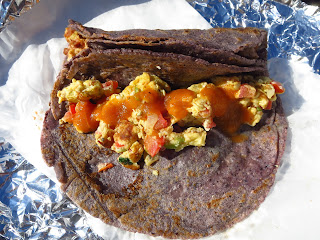 Perhaps the main attraction here though is the Tlacoyo. A relatively unknown outside of Mexico but not so here in Chicago though they aren't as prevalent as say tamales. The matriarch of Xocome is a lady named Bertha and she grew up outside of Mexico City. During her youth she would help her aunt sell Tlacoyos on the street. So she'll will be the one to make your tlacoyo should you order it. Think of these as a masa (blue corn) shaped boat that holds the toppings. They can be made a few different ways but that's how Xocome's version can best be described. It's a knife and fork bite as the size of one is similar to that of a stuffed burrito though they aren't as easy to lift. The first meat mentioned amongst your options is the house special filet mignon. The big chunks of tender cubed steak work great with the blue masa, lettuce, sour cream, and cheese. Both of the salsas are awesome. So we can and add Xocome to the list of top notch Mexican owned spots in Chicago. Go pay them a visit. 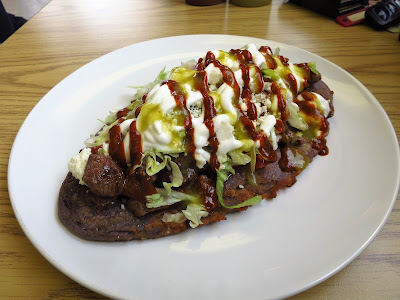