Let's face it. The Indian cuisine in Chicago could get much better. Well with the opening of Tikkawala it has. Owned by a couple buddies that first made their mark in Chicago at a spot called Veerasway. It was an old upscale Indian restaurant that closed about five years ago. Tikkawala is everything but upscale. You walk to the counter and order your food which will be served in plastic containers. But it's what's in those containers that counts. The food here is different than the rest. Let's check it out. 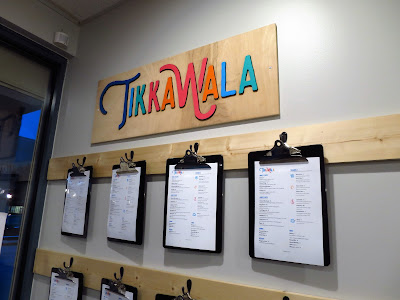 What makes the food at Tikkawala different from the other spots in town? Nick K. at the Trib did a good job of explaining this. The food is brighter and fresher than the rest. No making enough curry for the week here. It's a small batch establishment. We've been a couple times now and have pretty much liked everything off the small but mighty menu. One of the dishes that sticks out is the Saag Potatoes (and paneer). As you can see in the pic below it's much brighter than most representations of this dish. Full of deep curry flavor that you can definitely tell is extra fresh. Get it with garlic naan. 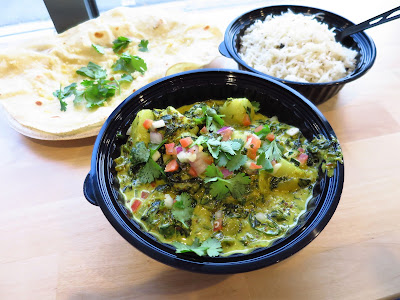 The best section on the menu may not be around anymore. Which really sucks. The charcoal grilled skewers were what first got me excited to try this place. On our first visit I tried a ground beef kabab which was awesome. But one of the owners told me I have to try the lamb chops next time. He said they were a much better deal and that they were. Three live fire grilled lamb chops are topped with a vibrant green chutney and placed over a pond of potato puree. Holy shit. These were legit one of the best thing's I ate all year. We ordered a second plate and I couldn't believe they were just $7. Please be aware I've been told the skewers are no longer on the menu but I'm not sure if that's permanent. 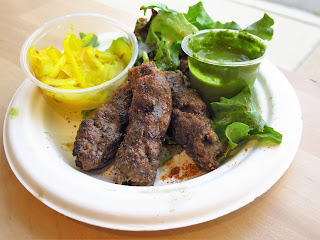 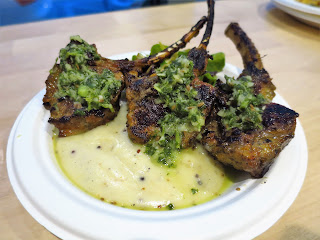 The curry selections are limited to about 3/4 though every single one has been delicious. The chicken tikka masala is a classic rendition that again tastes fresh and not old. I haven't even had a chance to attack the specials board which is filled with really interesting sounding stuff. While it might be a minimalist operation as far as the looks and service go the food here is anything but regular. I have a feeling if all Indian spots were like this, or at least if more were, the cuisine would gain popularity here in Chicago. Lets hope that the guys at Tikkawala will inspire other spots to open up shop. 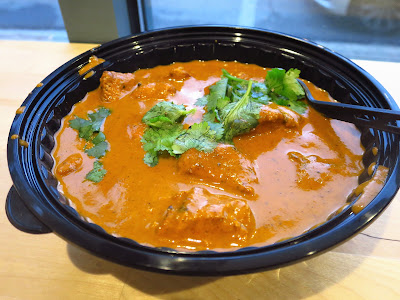