It's Greek 2 U Grill

With casual Greek food being one of the year's hottest food trends let's get another in. It's Greek 2 U Grill opened on Clark this past calendar year. It sits in the old Sunshine Cafe (RIP) location. It will always hurt to have lost Sunshine Cafe so I wanted to see if this place could soften the sting. 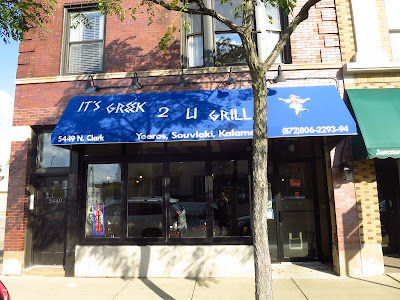 Greek casual is a good trend in my mind. As long as you're doing one of two things or even better both the making of gyros in-house and or the use of a charcoal grill. Well It's Greek 2 U got one of two as they don use meat cones. I'm not sure if all these new spots make the spits of meat in-house or if there's a company out there making pork belly cones of gyro but I wouldn't be surprised if that's the case. It seems like it started appearing often around the same time. Well who knows but I will say the gyro meat served here is much better than you're going to get at the other spots using the beef/lamb/and who knows what meats. The gyro sandwich can be had in either pork or chicken and both are under $10 though fries aren't included. It makes for a very nice lunch especially when paired with the hospitality from the lady that runs the place. This spot is a nice option for Andersonville. 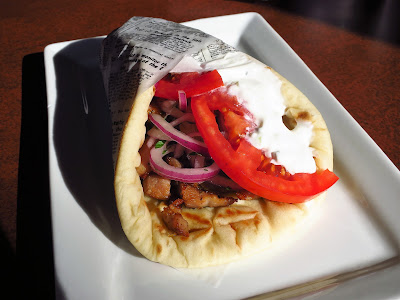 Pork Belly Gyros at It's Greek 2 U Grill