Welcome to the inaugural post from the newest S'C'&C series. I try my best to give people a real locals view of the cities best eateries with an emphasis on the off the beaten path places. There's many things Chicago is good at when it comes to food. So many that most folks answers would vary when it comes to the cities #1 strength in it. I will never have an exact definitive answer for that question but will always mention the cities Mexican food when talking about why it's such a great place to eat. In this newest segment I will document some the specialties of the house at Chicago's mom and pop Mexican spots. I hope you like.

I went on a little excursion with some food friends recently that consisted of crossing off Mexican related spots on my "looks intriguing enough to try list" The first place up was this place due to its name. Anytime a mexican place has a speific food in its name that isnt tacos or burritos it gets a look in my book. It had been on my radar for a few months now. Since there were five of us it was as good of a time as ever to try the place since the weather has turned and of course the ever resourceful ordering power was there.

An un-yelped gem on 59th just west of Kedzie

We we're there for the pozole and it was pretty refreshing to see they didn't have much else on the menu besides the usual suspects and menudo. Pozole is a Mexican stew common in many states. It has mentions in books that trace back to the 1500's. Of course it's developed over time into different styles that vary by each Mexican state but the maize (whole hominy kernels) is what has always remained in it. Once thought of as a sacred meal by the Aztecs who also considered maize a sacred plant. Way back when the common meat used in the special stew was human flesh. Then people started acting a little more normal and regularly consumed animals replaced we the people. At Dona Esther they offer both a verde and a rojo blend in cups ($5) and bowls ($9). I also think I remember seeing gallons available to go. We got a bowl of each.

The Verde came with chicken while the Rojo is with pork. Bowlss come with a plate of garnish consisting of cilantro, limes, diced cabbage, sliced radish, chile de arbol peppers, Mexican oregano and a couple of other thing's I'm forgetting. Either way, add it all in. I thought the red one with nice sized chunks of pork with some sinew scattered here and there was the winner but the green bowl with shredded chicken was also good. The broths had real flavor, no bouillon or anything artificial that I could taste and the texture of each was really smooth and pleasant. I didnt really get a chance to talk to the couple running the place but the lady working the front was really accommodating and the guy preparing the bowls seemed very happy that we were enjoying ourselves. It was as good of a bowl of pozole as I've had so I know I'll be going back soon. Winter is coming. 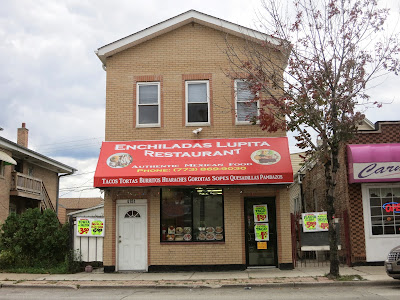 Near the end of 47th Street

We stopped thru here the same trip as the one up above for the exact same reason. Enchiladas in the name was all I needed to do so. Seeing as though they're one of my favorite dishes from my favorite type of food I was all about giving Lupita and her enchiladas a try. The menu featured quite a few other things but you don't not try the namesake dish the first time around. An order of green with chicken and red with steak made for a really nice lunch. Like tacos its all about good ingredients and care with enchiladas. These had both of those in them. They're not hard to make but not always good. Basically it was as if we were at Lupita's house and she was serving her specialty. A nice place to have for those that live in the neighborhood. 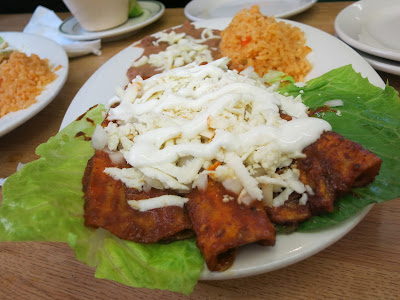 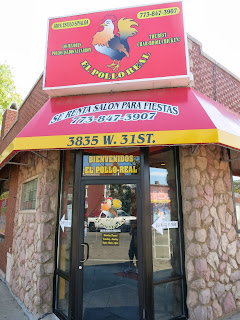 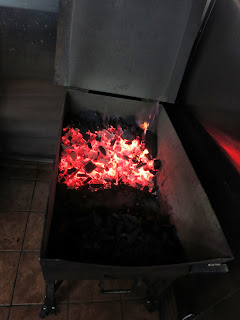 I hope all readers here have been following the southside eats column I've been doing over at Serious Eats. One of the first places featured in it was whats now one of my favorite little shacks in the city. They're putting out real deal charcoal grilled chicken in the form of the regional Mexican specialty of Sinaloa, it's namesake state.The people are great and their chicken is even better. Click the link below to read more. 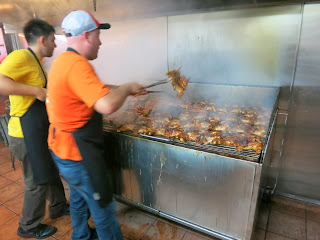 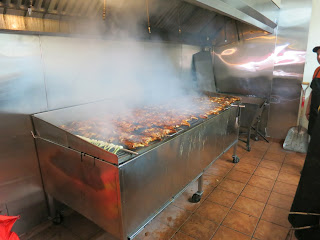 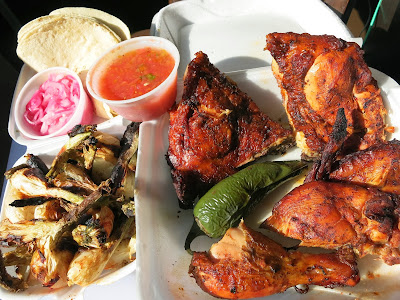 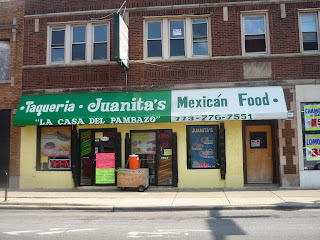 Located at 59th and South Richmond

I stopped thru here this past summer when riding by I saw the "La Casa Del Pambazo" on their awning. If you've never had a pambazo it's a sandwich very similar to the torta. The only difference being the bread is dipped in a red guajillo sauce with the common filling usually being chorizo con papas. There's usually a place at Maxwell Street Market that makes some pretty good ones and these weren't bad either but I'm really just not big on tortas. I like them but only enjoy a couple a year. 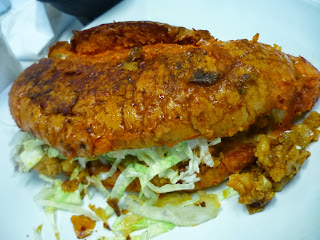 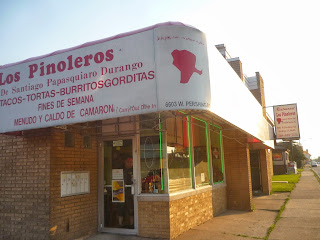 Last stop on this trip is in the village of Stickney. Riding by while on a mission for something else non food related I noticed this corner restaurant called Los Pinoleros that advertised food from the Mexican state of Durango on the awning. I said what the heck and went inside to give it a try. In northern Mexico where Durango is located, tacos aren't the norm as far as quick snacks go. You're much more likely to find small burritos filled with guisados and gorditas. At Los Pinoleros they mention right on the menu that their especialidad de la casa are gorditas de chile pasado. So I had to order one of those and it ended up being much better than I thought so I ordered another. The gordita pocket was made to order and while I'm usually a fan of meat in my treats, I really loved the combo of it with the melted cheese and dried hot peppers inside. Its a shame most Americans associate gorditas with those monstrosities served at Glen Bell's joints. 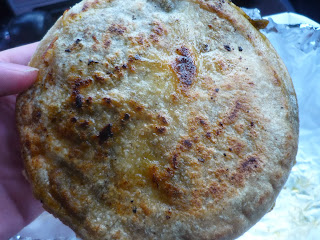 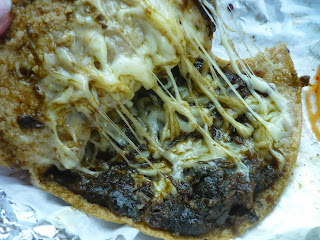 If you want your ex-girlfriend or ex-boyfriend to come crawling back to you on their knees (even if they're dating somebody else now) you must watch this video
right away...

Get professional trading signals sent to your mobile phone daily.

write my paper for me said...

Many thanks. For me it was useful.

Many thanks for this post, this is what I need, I will definitely try.

what is statistics said...

Great and useful article. Creating content regularly is very tough. Your points are motivated me to move on.