In case you couldn't figure it out, I get around when it comes to eating spots around town. Today's feature is two+ years in the making. In fact the time between visits to Chicago Burgerwurks in Brookfield might be longer than two years. Located on Ogden avenue on the old Route 66 it replaced a longtime hot dog stand that was called Hey Viv's': "Home of the Garden Dog" 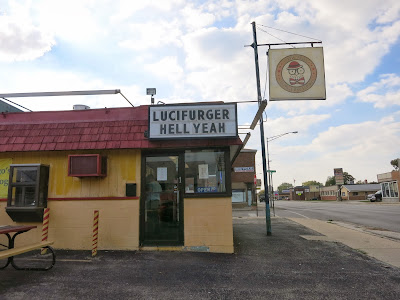 I actually stopped at the original Hey Viv's when the old sign was still around and tried their famous garden dog which is still on the menu at Burgerwurks. A the name suggests it's more like a salad with a hot dog beneath it. Similar to Byron's on the Northside as cucumbers are included. 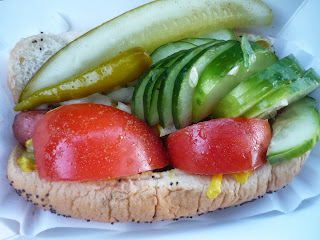 While burgers are in the name they also do chicken sandwiches on the grill. The first time around I actually went with one of them and was really surprised by how good it was. Nothing special as far as make up goes, just a juicy well charred chicken breast with some really nice fresh cut fries to boot. Of course anytime you add bacon to a chicken sandwich it only makes them better. 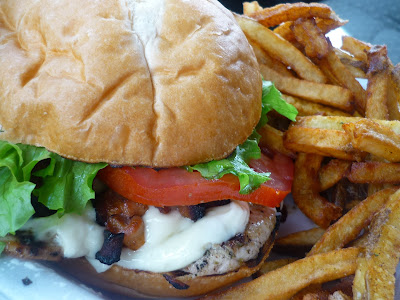 Speaking of the really nice fresh cut fries, they also offer "gravy fries". Their cut here is smaller than most other so the fries end up being well done for the most part, this is my preferred way. Nice and golden with some crisp to them. Putting gravy on fries is definitely a Canadian thing but it's also something we should see more of around these parts. Think mashed potatoes with gravy but in fry form. Healthy? No. hearty? Hell yeah. 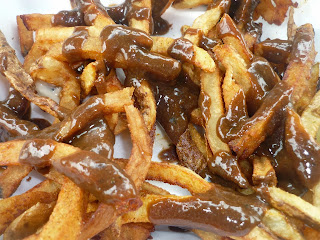 The reason it took so long to get this review up was because I wasn't going to report about a place called Burgerwurks and not try the burger. Just like the chicken sandwiches there's quite a few options as far as they go. I went simple on my most recent visit. Cheddar burger with grilled onions and the other usual suspects as far as toppings go. They use fresh hand patted burgers here that are packed very loosely. In fact mine was falling apart halfway thru. That was ok though because not only could you really taste the beef but it was assurance that these weren't some hockey pucks from the freezer thrown on the fire. This was a manly mans burger. My biggest beef was the cheddar itself. Expecting a slice I ended up with a bunch of that gooey stuff you get on nachos at baseball games. Not my style but it didnt deter me from enjoying a nice lunch. 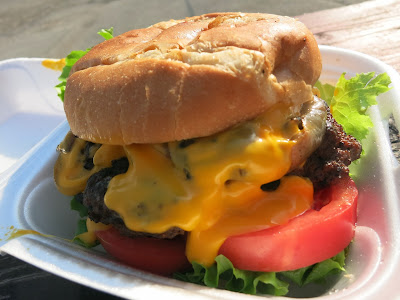 Being a lifelong Chicagoan I've never understood the idea of a Chicago Style Dog. Don't get me wrong, but if I was to line up all the dogs I've eaten in my 50+ years the line would probably reach Vermont. Mind you, I've eaten plenty Chicago Style dogs but I usually prefer the trendy named "Depression Style Dog" (and the word Depression in food baffles me too but I digress..) of ONLY mustard, onion, and relish. Hell I'll even admit to having KETCHUP on a dog or two back in my younger years but the hot dog pictured here with the overload of toppings looks overwhelming. I mean how can one taste the HOT DOG with half a produce market loaded on it?