It took me a while to get over to Bento Box but it wont take me all that long to get back. The cute little BYOB sits in a small space on Armitage in Bucktown. Originally (and still) a catering company, the husband and wife team behind it decided to start a small little restaurant where people could get a taste of their popular dishes with Asian influence. It only seats about 15 people total but reservations are accepted. 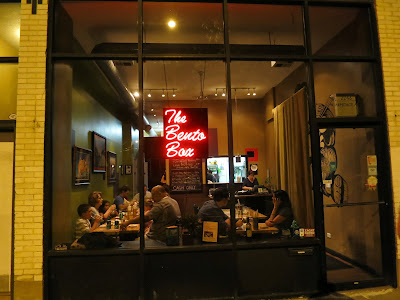 The menu at Bento Box reflects the rest of the space. Small. It's updated weekly but can still change daily. Many items make return appearances but whats being served is pretty much always decided by whats fresh at the Green City Market that week. Important to note that Bento Box is not open on Mon or Tues. Their week starts Wednesday which happens to be the weekday slot of the GCM. 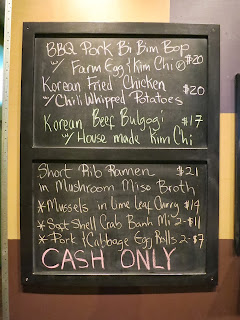 I had the good fortune of dining with a few others on my visit. This allowed for a nice sample of that days menu to be tasted. It started out with an absolute bang. The Mussels in lime leaf curry were sensational. I eat alot of mussels and this was the best bowl in a while. Not just the perfect plump pieces of meat inside each shell but the lime leaf curry was something special. We were told people ask to take the leftover juice from in a jar to go home with. I could totally see why, unfortunately there was none left. We got extra garlic bread and soaked it all up into it. Fantastic start. 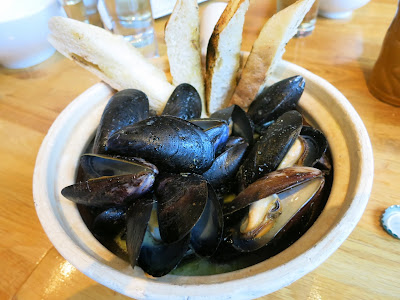 I decided to order last and get something no on else ordered in order to make for more variety of samplings. I've always liked bi bim bop which is a traditional Korean comfort food dish. Their offering included BBQ Pork. I was expecting sliced pork Chinese style but the top notch ingredients they use made this one a winner, I just wish they served it dolsat style since we were dining in. 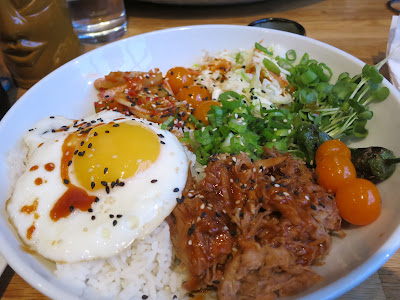 One of the popular rotating menu items is Singapore Noodles. Most times it can come with chicken or pork and there are also times they can make it even if it's not on the menu. Due to the rotating menu you may want to call later in the afternoon and ask whats being made. When I did that they told me the Singapore noodles were also available if someone wanted those. I figured they must be popular if people are calling asking when it's going to be on the menu. Easy to taste why. I really liked this homestyle dish which featured a big heaping plate of highly seasoned noodles with some beautiful chunks of pork and Thai basil to boot. I've had craving for this a few times since my visit. 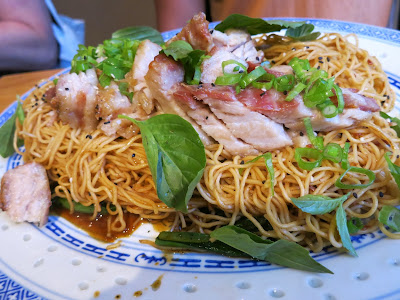 So far we've had an appetizer with Thai influence, a comfort favorite of many in Korea and a noodle dish named after a peoples republic in Southeast Asia. Next up we try a favorite comfort food favorite from Japan that's taken America by storm. When you hear ramen noodles you no longer think of the cheap plastic stuff that kept you stuffed through college. Ramen is an art and the good stuff of it isn't made in a microwave. Bento Box made a take on it featuring beef short rib in a mushroom miso broth. I'm more of a pork guy when it comes to my ramen preference but this had all the makings of a perfect bowl of beef stew with a heavy Japanese influence. Despite being made with no meat bones, the broths flavor was deep. Add in the short ribs and you didn't need a rich beef broth because those in themselves were potent and full of flavor. 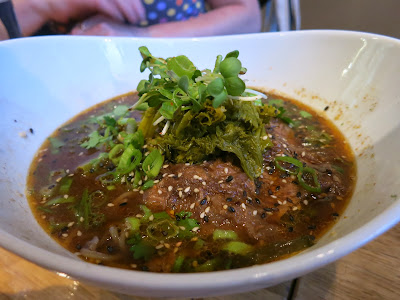 The final thing to try from that days menu was the Korean Fried Chicken. Served with chili whipped potatoes and a kim chee cabbage I thought this was an excellent dish. The chicken was a boneless thigh that came fried to perfection. The use of thigh meat made the insides juicy and the chili whipped potatoes were a perfect compliment to it. Everything went together really well. I look forward to a return visit to see what else they got going on inside that small two man kitchen putting out some really great Asian flavors. 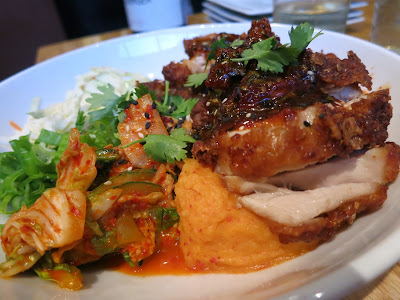 If you want your ex-girlfriend or ex-boyfriend to come crawling back to you on their knees (even if they're dating somebody else now) you need to watch this video
right away...

(VIDEO) Why your ex will NEVER get back...

Follow our signals right now and earn up to 270% per day.