-Got beef?
The Burgers of Indiana 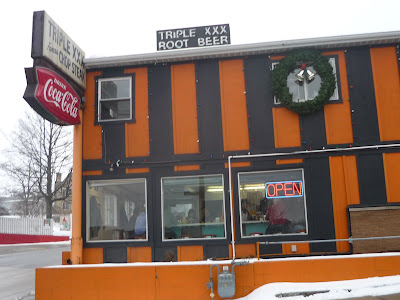 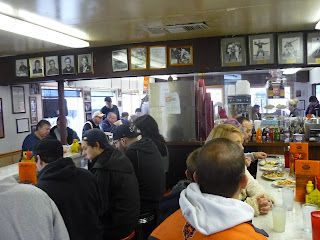 a peak inside the place
The menu includes breakfast options which come in handy during the wee hours but its all about the burgers or the 'prime cuts' as their called on the menu. They use fresh never frozen sirloin which is ground on site along with real cheese. Same way since day one and that's why people love it. They offer a few house favorites as far as burgers including the 'Duane Pervis All American'. They take a quarter pound of their house ground sirloin and top it with creamy peanut butter as well as the usual suspects. Not this time. I went classic on my first visit and got a double cheeseburger with pickles, mustard and onions. It was easy to taste why people have a connection to this place. This is what all burgers once were before the fast food and retail folks made them into pre-formed hockey pucks that turn into tasteless waste. XXX Family Restaurant continues to serve a real American burger. Since 1929 for a reason. 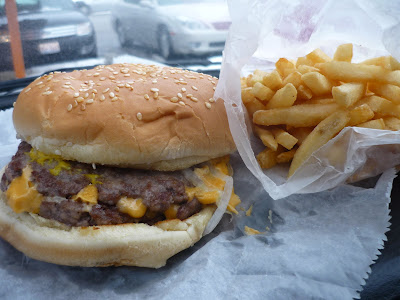