-Got beef?
The Burgers of South Dakota

Today we head to South Dakota to check out the final place I ate at while in state on en epic roadtrip I took last fall. Stay tuned as June is travel month and there will be travel reports all month long including my entire trip to SD. Brookings was a was a hopping little town on the early Friday afternoon we visited. Our destination was located along along Main street which was as good of a Main Street as any I've seen over the past year while taking these country journeys. The street had it had it all and most every shop was still occupied with what looked to be generation old occupants. Nick's Hamburger Shop is right along Main street and they've been serving sliders from that same spot since 1929. My type of place, as I love sliders.

From the looks of the place on the outside it seems Nick's may have been on the White Castle bandwagon (there were many) with its design, it has however survived and had people coming in and out for their Nicks fix while I stopped in that fine Fall day. Nicks has plenty of seats swirling around the inside making a U around the holy grail centerpiece which sits in the middle of the shop. As you can see from the picture below their grill has been around for a while. They have kept the charm and ambiance of the old days too and its a regular stop for current and former SDSU students and anyone who's from around that way.

Surprise, surprise, well not really but I really like me some hamburgers. I am not sick of them at despite eating them almost weekly and Nick's is yet another example of why. The word 'burger' such a loose term and they come in so many forms and styles that in most cases a hamburger from one place is entirely different than one from another. They're also very American and I've been hitting the roads all my life and you wont find better tasty regional variations of anything else out there. Nick's sliders were a little different than and not exactly sliders. They were fresh balls grilled on the griddle seen in the pic above. They smashed them and then they are placed on local baked buns and dressed with your choice of toppings. They don't grill the onions and burgers come with mustard, ketchup, relish, onions and pickles. If you order cheese they just plop it on and don't wrap it in wax and thus doesn't really melt. I liked the hamburger with mustard, pickles, onions and their signature relish the best. 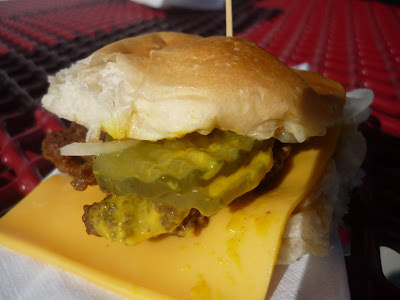 So after Nick's it was out and about for a quick exploration of the town and then back on the road where we would knock some hours off while heading back to sweet home Chicago. Stopping in Brookings which was a couple hours out of the way also allowed us to go through Minnesota as opposed to Iowa (report coming) where from there I decided we would go to the Mississippi near Winona, MN and take The Great River Road down thru Iowa and into the Quad Cities and back over to Chicago. So as always, stay tuned and or check the tags (labels) at the end of story for more stories on a particular place or regional eat. I leave you with some snaps from the streets of Brookings, South Dakota. 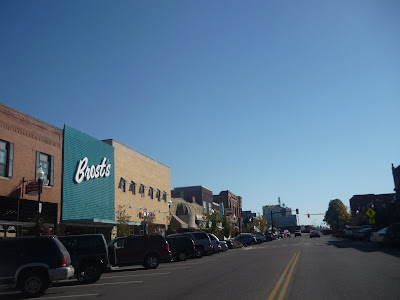 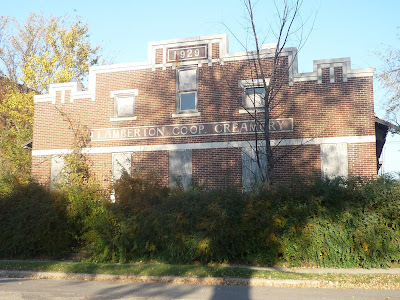 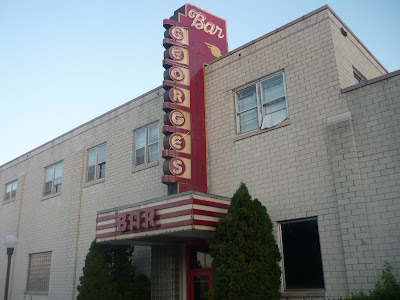 this is amazing . SIDESHOW BURGERS is the best Burger is Vermount