As we continue with our celebration of National Hamburger Month were headed to the Southwest side of Chi to check out a style of burger loved by the locals. I was first put onto the 'Big Baby' by LTH resident food expert Peter Engler aka Rene G. Having grown up on the Northside I had never had nor heard of a Big Baby until Peter shared with the rest of the city what they are. This is what he had to say "About 35 years ago a double cheeseburger known as the Big Baby was introduced at Nicky's, a small Greek-owned diner on Chicago's southwest side. Its popularity spread and there are now dozens of places serving almost exactly the same burger under the same name. I think it's safe to say that a good many Chicagoans are unaware of this indigenous Chicago hamburger style." It was very safe to say since most people not from out that way had never had one until Peter put the rest of the city onto the 'Big Baby'. Nowadays after hearing about them every time I ride around that way I see all sorts of Nicky's serving Big Baby's. 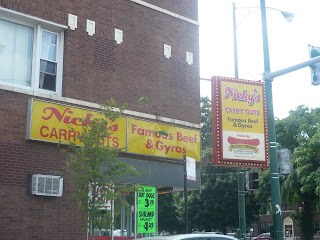 Along Western just off 47th 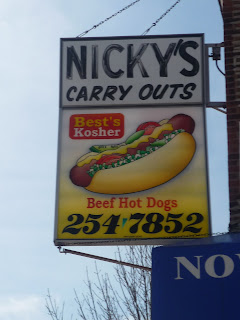 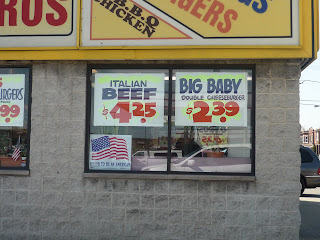 Peter would go onto share "I have to admit I'm not sure precisely where and when the Big Baby originated. I spoke with quite a few people and got quite a few different stories, not all of them consistent. It seems that during the 1960s a Greek gentleman named Nicky opened a number of hot dog and hamburger stands on the southwest side. Eventually he sold them and returned to Greece. The stands that still bear his name (and their many offshoots) continue the Big Baby tradition." Anyone who spends time in or has been around the area will know that there are what seem to be 100's of 'Nicky's' around town. While most have no relation to the other they all share the same name and have Big Baby's on the menu. 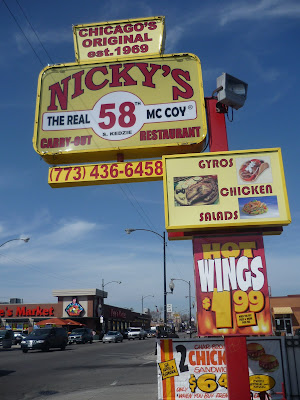 Nicky's "The Real McCoy" at 58th and Kedzie in Gage Park

Last summer I stopped in at a few of the Nicky's around town when I was hungry and had myself my own search for Chicago's best Big Baby. I had always been intrigued by the Nicky's on Kedzie seen up above and finally stopped in after I learned about the Baby. Peter tells the story so much better so I quote him again "If Nicky's Drive In in the Gage Park neighborhood wasn't the first to serve Big Babies it was certainly among the earliest. It opened in 1969 as a little diner on the northeast corner of 58th and Kedzie, a block north of the Colony Theater and the original Gertie's Ice Cream Parlor (actually it started a little before that but was bought by its current owner in 1969). In 1981 it moved across the street to its current larger quarters on the southeast corner of 58th and Kedzie." 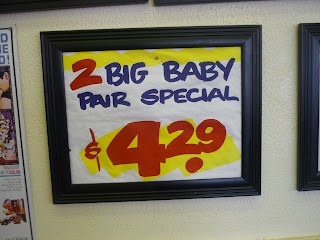 The Big Baby is what the locals go with

So what exactly makes a Big Baby? You start off with two griddled beef patties with a slice of cheese in between which goes into a toasted sesame seed bun and comes dressed with ketchup, mustard, pickles and grilled onions. Peter believes that they were born as an answer to the Big Mac which McDonald's introduced in 1968. It's easy to see why the burger became so popular as they are usually quite good and the price is always right. You shouldn't pay more than $3 for a Big Baby no matter where you are. In fact it's popularity has grown to the point where you can find a Big Baby way north in the 'burbs and other places away from the Southwest side. The 'Real McCoy' Nicky's serves up a very appealing Big Baby. I liked it very much for what it was. The grilled onions were great and this example was what I remember to be my favorite. 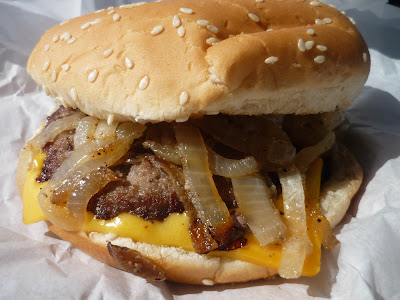 a Big Baby Burger from Nicky's at 58th and Western

Our next stop isn't far from the original, located at 47th and Kedzie is Nicky's Hamburgers. Nowadays 47th street is a hot bed for Mexican food and shops but a few of the old time places still remain and Nicky's Hamburgers is one of them. This Nicky's had always caught my eye when driving by due to it's old school looks. Straight out of another era it sits there in it's tiny hut and is a popular place for the local high school kids and blue collar workers of the neighborhood. 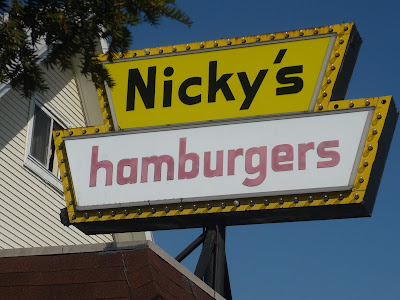 a locals favorite on 47th at Kedzie

So I finally stopped in last summer and got around to trying a hamburger from here. Obviously with the name and location of the place I knew my burger was going to be a Big Baby and as I walked up to the register to place my order I saw this sign below. Huh, I guess for whatever reason they discontinued serving Big Babies for a little while but customer demand brought them back. Right on as this was a very nice bang for your buck burger. It was under $3, tasted beefy and filled me up right, you cant ask for much more at that price. Easy to see why it's a popular place around that way. 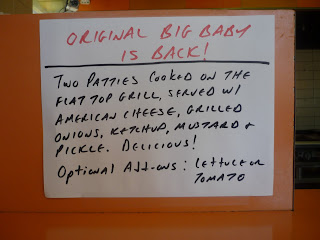 What makes a Big Baby... 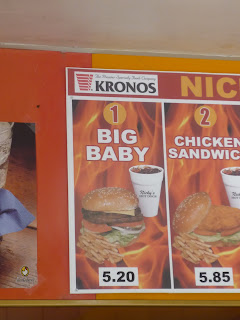 I'll have a Number One please, no ketchup 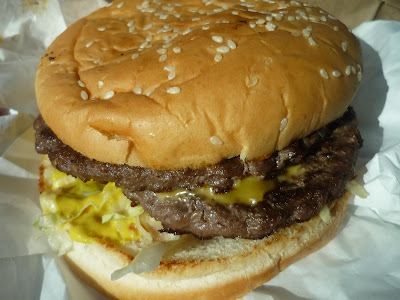 a 'Big Baby' from Nicky's Hamburgers

It's not only the places with 'Nicky's' in their name that serve up Big Baby's. You see so many of these stands are popular and well known that eventually followers started popping up. Places that were started with the original Nicky's in mind. Some go by Mickey's, others like the next one were going to stop in at switched it up somewhat and call themselves 'Jacky's'. This one is located on Pulaski near 54th and I stopped in one winter night. 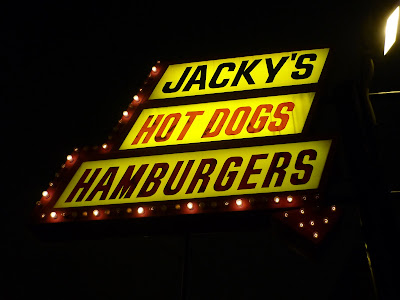 a locals favorite on Pulaski at 54th street 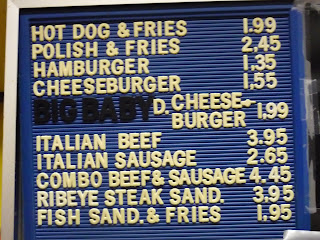 Guess what I got?

The Big Baby from Jacky's tasted like, you got it! a Big Baby. I imagine some folks reading this may be asking themselves "what's so special about a double cheeseburger" and the truth is, not much. The toasted sesame seed bun is about the most unique thing about these burgers and that's not all that unique to begin with. But what makes them special is how the name caught on and they became their own style. The original has spawned a heck of alot of imitators and Big Baby's now a part of the food culture in this area of the city. It's said that around Midway there are more than 50 places that serve Big Baby's today, way up from the original one which started at 58th and Kedzie in 1969. Go try yourself one this summer and get a taste of Chicago. 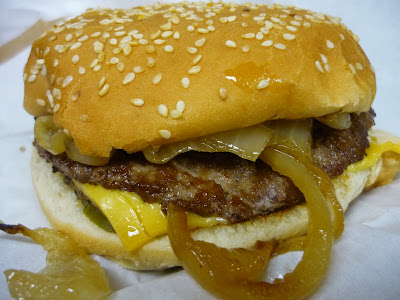 a Big Baby from Jacky's on Pulaski

Thanks for this post, I had no idea that these existed. Going to have to track one down in the near future.

I can't even begin to imagine the number of Big Baby's I've had in my lifetime. It could possibly stretch from here to the moon and back LOL.

My favorite places for them are Nicky's on Archer and Austin, Jacky's on 54th Pulaski and A.V. Anthony's on 63rd just east of Cicero.

This is truly a paradise for burger lovers!

I'm also a burger person too!