Today were heading back into NW Indiana to check out one of my favorite fried fish shacks in the area. The Johnson Family Fish and Shrimp house became a "must stop" on trips to Michigan a few summers back for its amazing fried foods. It all came about when The Johnson family emigrated from Sweden in the late 1800's. They settled at the northern tip of Wisconsin after a brief stay in Chicago. Soon thereafter the entire family followed from Sweden and they all got into the commercial fishing business in the waters around them. As the years passed on the entire family became commercial fisherman with the exception of the oldest son, Arnold, who decided he preferred dry land and moved to Northern Indiana. Arnold settled in and started a family and he and his wife had two sons. Arnold worked in the meat packing business for a while and then in 1947 he opened up Johnson's Fish & Shrimp in Lake Station, Indiana. 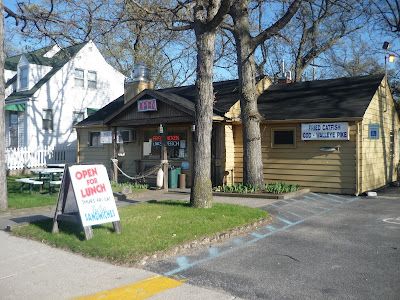 a locals favorite in NW Indiana

Unless you are from the area or randomly drive by it looking for a gem (how I stumbled upon it) you wouldn't know it existed. When coming from Chicago and going to NW Indiana or Michigan I always use the Skyway and Johnson's is the Lake Station exit right toward the end. Instead of taking the Detroit lane that takes you to Michigan you just take the Lake Station exit and you will drive up on it to your left. Johnson's is one of those spots that you drive by and immediately know you need to try it. It's a classic fish shack that is carry out only due to it's limited space inside. The original smokehouse was lost in a fire during the mid 80's when the shack burnt down and the store was closed for a couple years until it was rebuilt with the classic looks still intact but much better equipment for their use. It's all about fried foods here which is all they do. The menu includes fish and chicken with most of the usual suspects and a few you don't find everywhere. 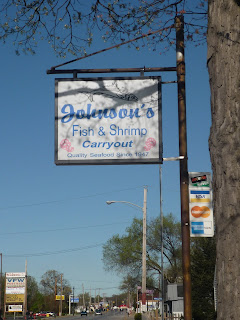 Small fish shacks like Johnson's are found throughout Chicagoland and other Great Lakes areas but few do it like they do. On my first visit a couple summers back they were out of fish since it was later on a Sunday evening and they are closed on Monday's and everything is fresh as far as lake fish, so I went with some shrimp. Johnson's offers their jumbo fried Gulf shrimp in two ways. The first visit I just ordered the fried shrimp not realizing until after I ordered that you can also for a little extra get the shrimp lightly battered. The regular jumbo's are more like a Chicago style shrimp shack batch and come with a heavy breading seasoned with spices. As far as Chicago style goes these were pretty damn good but I was excited to try the lightly breaded ones on my next visit. As it became tradition to stop at Johnson's when not far, it only got better with each visit. The lightly breaded shrimps they serve are some of the best fried shrimps in Chicagoland if not the best. They come with a perfect coating, expertly prepared each time. 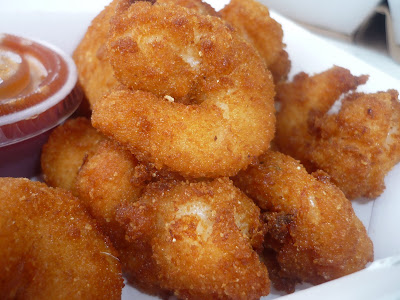 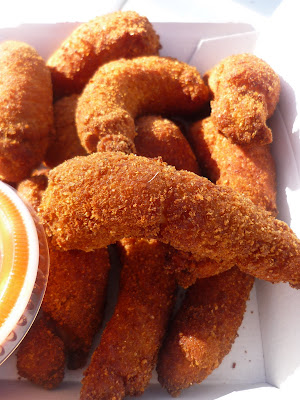 But as good as their shrimps are at Johnson's I find myself going there for the fish whenever I'm around. Johnson's does two species very well and one of them is Canadian Walleye Pike which you just don't find at too many places around us. I first tried the Walleye when they were out of my other favorite fish and I was happy I did. Although it does make my ordering decision on visits since alot harder. 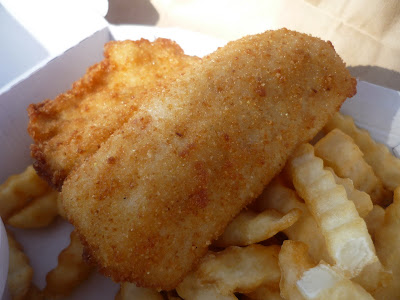 If I had to pick one fish as my favorite as far as fried goes, it would have to be lake perch. Back before my time when there were 100's of commercial fisherman out on the lakes, perch was the big catch in the Great Lakes and everyone had it on their menu in the region. You can still find it today but not nearly as many places serve the real stuff from the lake not too far from where they are. It's sad to say but many places will list perch on the menu and either lie about where its from or just leave that out on purpose since it's ocean perch and not the succulent local stuff. Well at Johnson's you need not worry. As someone who pretty much orders lake perch every time I see it on the menu, I can promise they do it right, and I mean perfectly right. All the fish and shrimp is sold by the pound and as dinner and lunch plates. They also have the option for a sandwich which is one fantastic sammy when choosing perch. The soft airy bun from a local bakery and three nice pieces of perch make this the best fish sandwich in the Midwest that I know of. 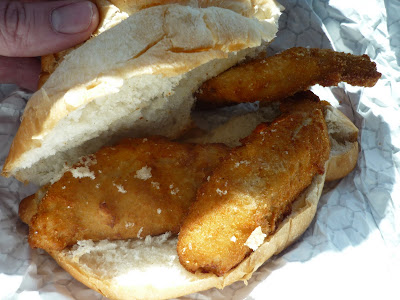 Johnson's is a great summertime stop when cruising back from Michigan if you ever need a place to eat at along the way. As I said it's right off the highway at the Detroit/Lake Station exit and since they have no seats inside summertime is a great time to visit and eat at the picnic tables outside. I stopped in at Johnson's a little while back and got some of their famous lake perch for lunch. It was fantastic and still my favorite fried fish. I don't know exactly what they do but the Johnson's take pride in their product which is also the real deal, no ocean perch or pre-frozen perch patty's from here and I gotta feeling that's the key to why their is so good. The Johnson's fry it up right. If your ever out in Northern Illinois they also have a location in Lombard on Roosevelt Road that is both dine in and carry out. They don't make 'em like Johnson's anymore. 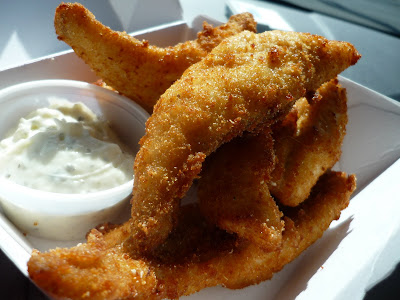 Nice post! I really pleased with your Smokin'Chokin'and Chowing because it's absolutely great to see more Lombard visit..lombard ohare Lombard Taxi services to and from Midway, O'Hare and the Loop